Yes, folks, it's that time again - Fortnite has entered into Season 9 amid a host of destructions and rebirths, and we're here to put together exactly what's changed in a neat little package for you. Our Fortnite Season 9 guide will walk you through all the major beats of the new tech-filled Season, from the brand new Season 9 Battle Pass and skins to the widespread map changes and new locations such as Neo Tilted, Pressure Plant, and Mega Mall. So let's see how much or how little you'll miss the old Tilted and Retail once you've given Season 9 a go. 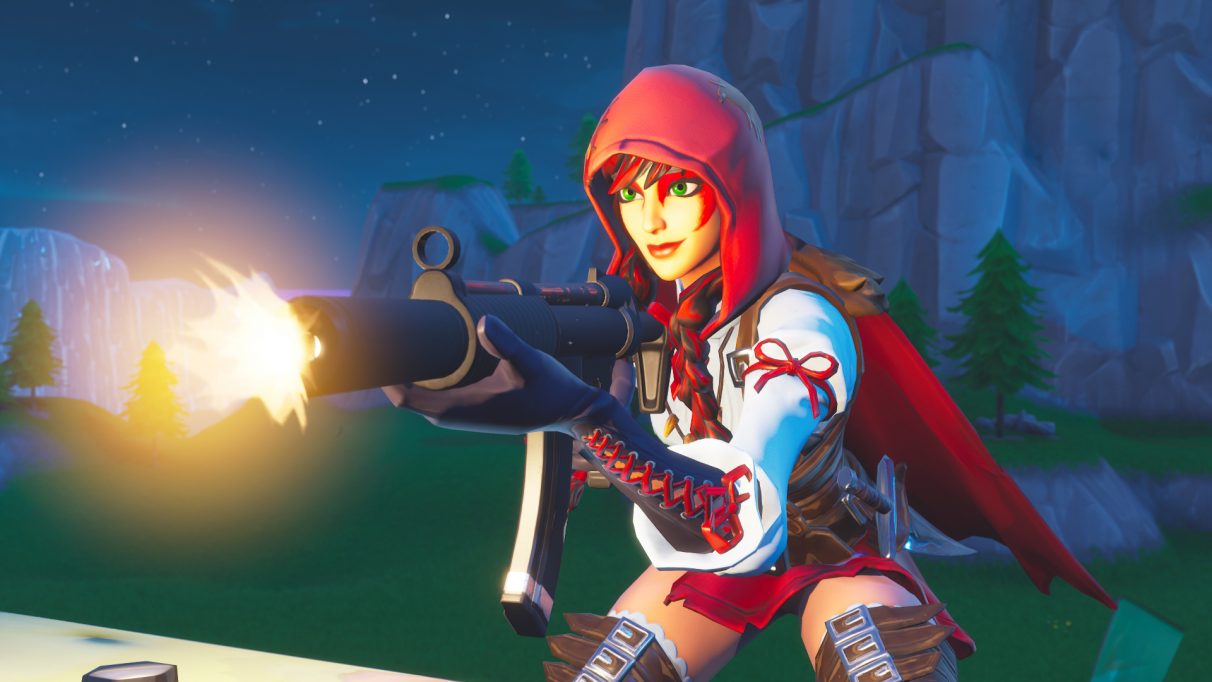 This guide is just one section of our massive Fortnite guide series, which we've packed with tonnes of Season 9-ready tips and strategies on every aspect of this beast of a battle royale, from Fortnite building and editing to stats on all the different Fortnite weapons, and so much more. Take a look if you like; you might learn something new.

We've laid out all the major changes introduced with Season 9 of Fortnite below, dedicating a short section to each noteworthy change or new feature. Feel free to use the links below to skip right to the sections you're interested in.

As previously mentioned, in this guide we'll delve into all the major changes introduced with this new season of Fortnite, but if you'd like to take a look at the full patch notes for Season 9 of Fortnite, then look no further than our Fortnite Patch Notes page.

Here we've got every single new feature and alteration written down for your perusal, alongside all previous patch notes dating all the way back to the advent of Season 7. It's actually quite interesting to see how things have changed over the past several months; why don't you take a look yourself? 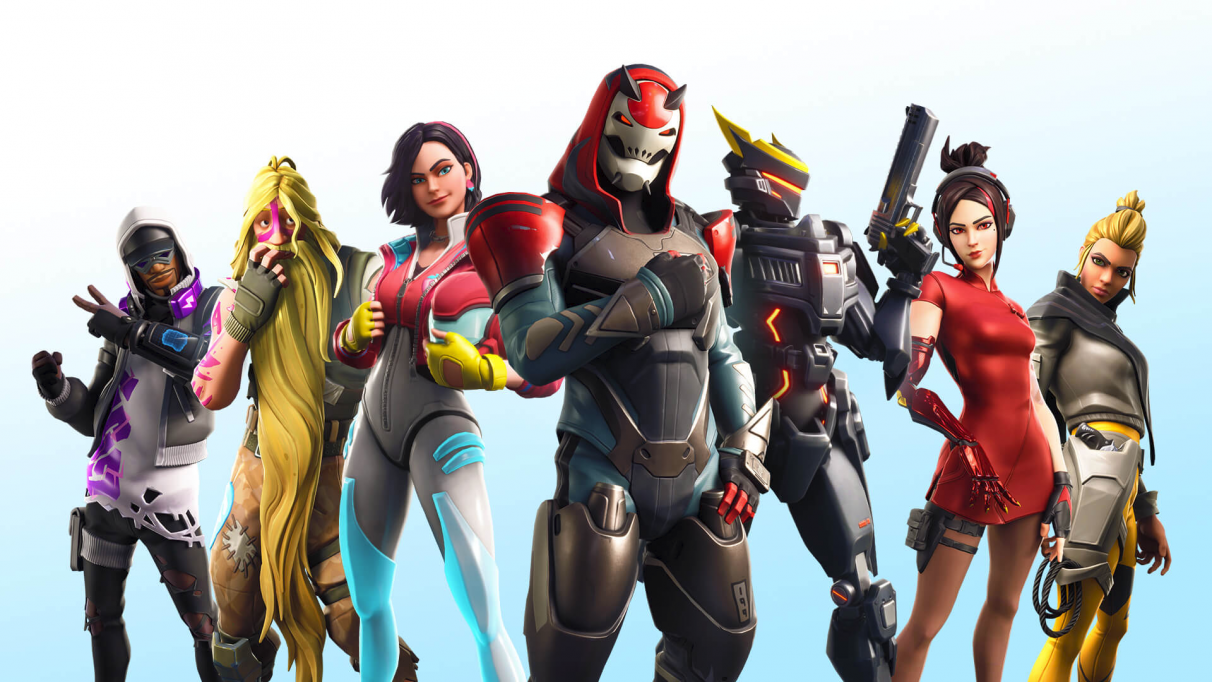 New Season, new Battle Pass. Fortnite's Battle Pass has always boasted an impressive and ever-changing selection of exclusive skins, emotes, and other cosmetics; and Season 9's Battle Pass is of course no exception. As usual you can purchase the Battle Pass at any time during the Season for 950 V-Bucks - low enough that you can recoup the costs if you play enough games and progress far enough after buying the Battle Pass - and all you'll need to do is play (with the optional extra of completing various Fortnite week 6 challenges) to unlock the cosmetics over time. 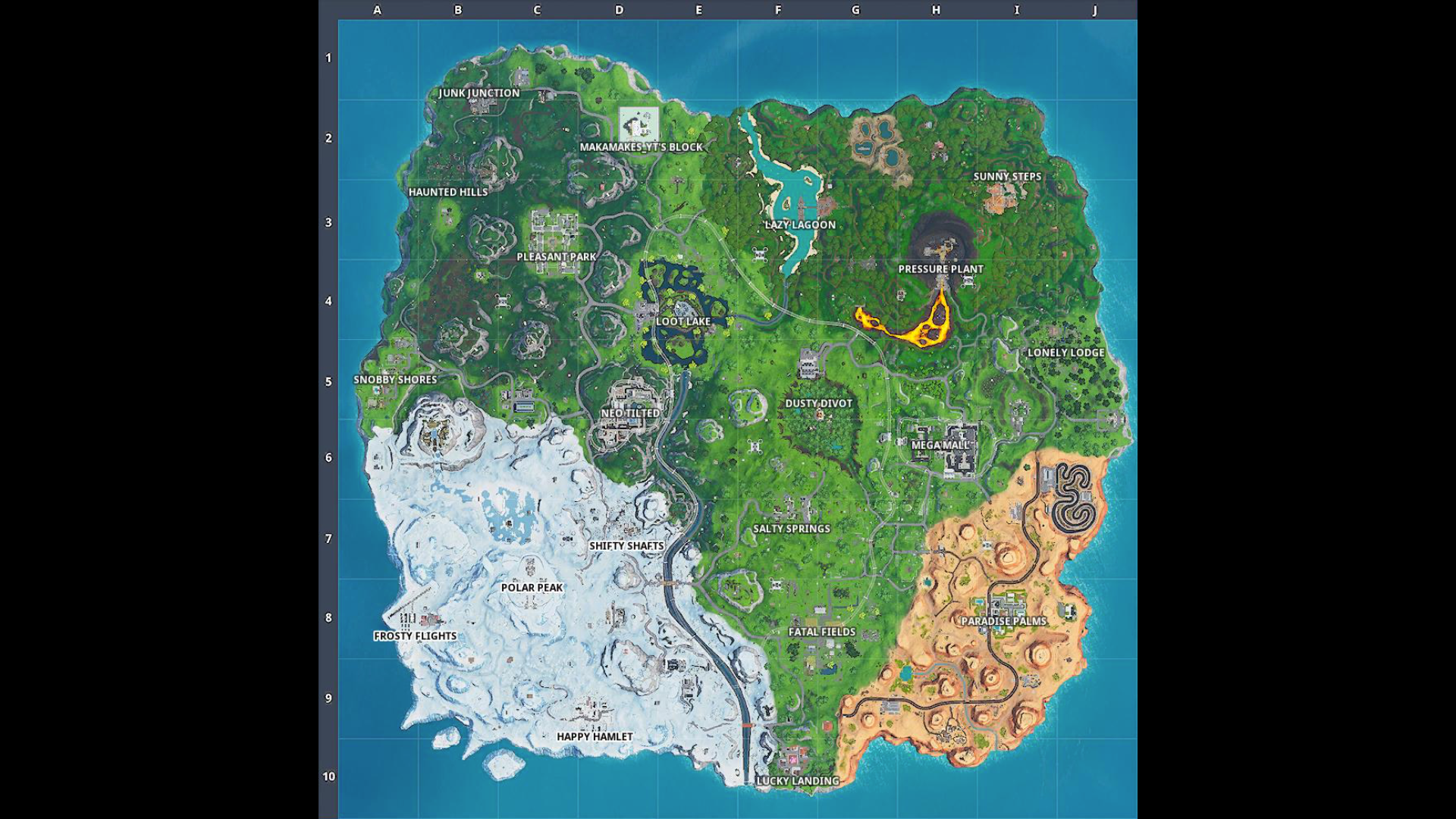 Remember the Volcano that arose with the advent of Season 8 back in March? Well, that same volcano did its work in altering the map yet again for Season 9, with a destructive eruption incinerating two of the most popular and long-standing locations of the map - Tilted Towers and Retail Row. But the news isn't all bad, because we've got three brand new locations springing from the ashes of this event: the Pressure Plant in the centre of the Volcano, which provides power for the brand new high-tech Neo Tilted and Mega Mall locations, which have replaced the old Tilted and Retail respectively.

For full information on these new locations and how they compare in terms of chest spawns, size, popularity, and so on - be sure to check out our updated Fortnite locations guide. 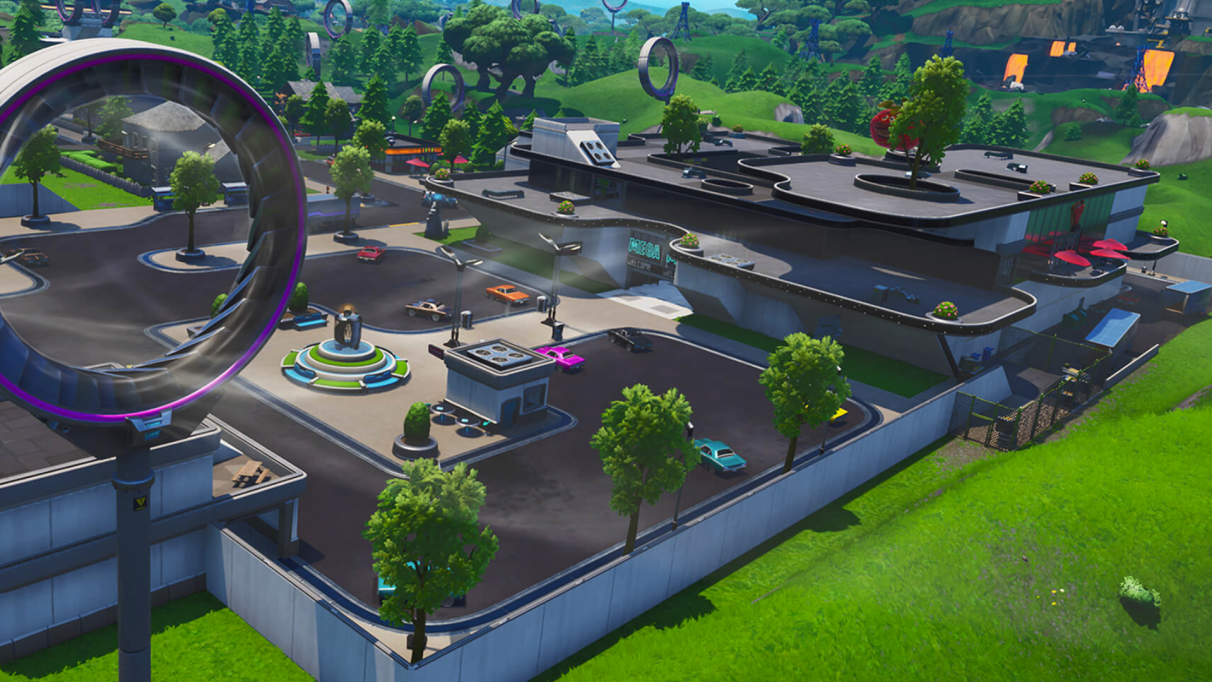 Each new Season of Fortnite, we now all but expect a new method of transportation to arise which we'll all have to spend time getting to grips with. This time round, Epic have hit us with a trio of intriguing new interconnected phenomena: Slipstreams, Air Vents, and Sky Platforms.

Slipstreams are the core of this new system - Great big Quidditch hoops connected to one another by high-powered wind tunnels. Enter one such tunnel and you'll be able to swim through the air at quite a speed, while still retaining full mobility and the ability to exit at any time. If you're reminded of the water currents in Finding Nemo, then you and I are kindred spirits, friend.

We've also got Air Vents, which you'll occasionally find affixed to roofs and walls, which will buffet you in a certain direction while preventing you from taking fall damage; and finally, great big Sky Platforms dot the map now, further expanding the network of Slipstream tunnels with these platforms (which incidentally also contain chests and other loot, so it's well worth heading up to them). 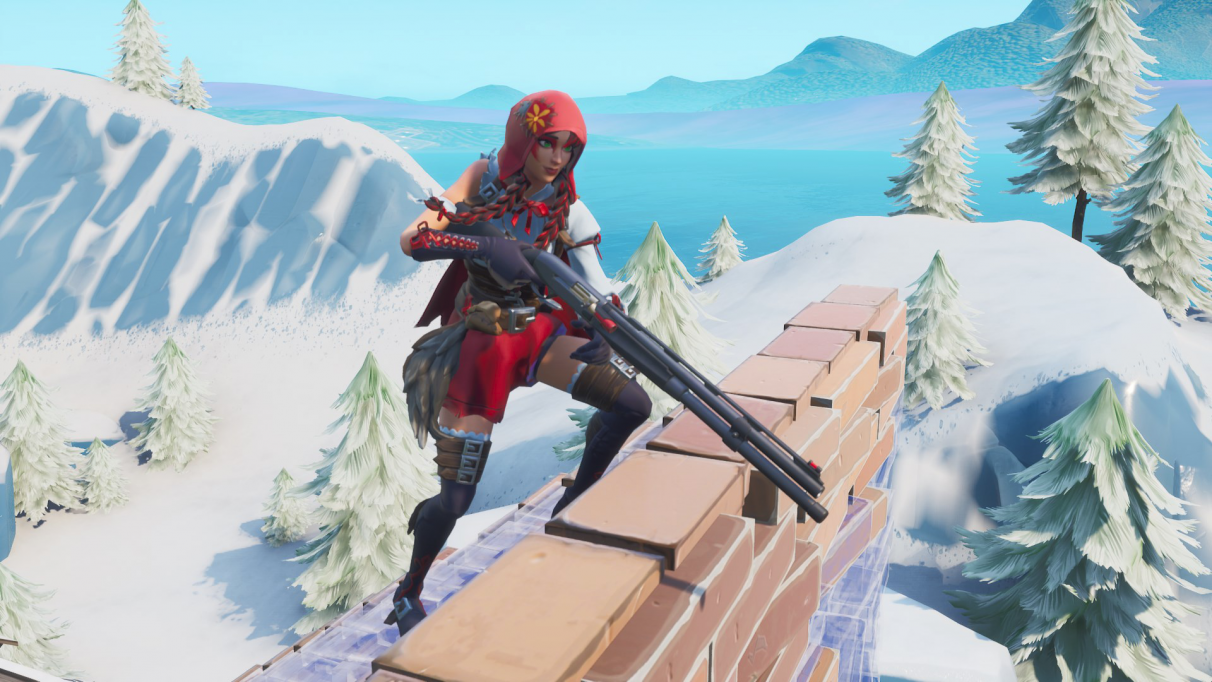 Ladies and gentlemen, the fan-favourite Pump Shotgun is vaulted! And yet the Baller remains. I know, right?

At least, the Pump is vaulted for now. And the all-new Combat Shotgun that has been sent to replace it is in fact very different from the Pump, acting much more like a fusion of the Tactical and Heavy Shotguns. Very fast-firing, with a high mag size and pleasantly high accuracy and effective range for a shotgun, you can expect this to be the new shotty of choice for the vast majority of players, at least until Epic pull an Epic and change things up again.

Read all about it on either our Fortnite weapons guide or our more focused Fortnite Shotgun tips page.

The dawn of a new Season is also the perfect time for Epic to do a little spring cleaning of their massive repository of items and weapons. To this end, in addition to the aforementioned vaulting of the Pump Shotgun in the v9.00 Patch Notes, we're also saying goodbye to:

...and we're saying hello once more to:

Yeah, that was pretty one-sided, wasn't it? It'll be a shame to see some of these items go (shout out in particular to the Suppressed Assault Rifle, which was always my favourite AR), but it sounds like we'll soon be seeing the all-new Tactical Assault Rifle, which we're expecting to fulfil a similar role in the Fortnite weapons arsenal. Again, for full info on all the changes that have taken place with the new Season, look no further than our Fortnite Patch Notes page. 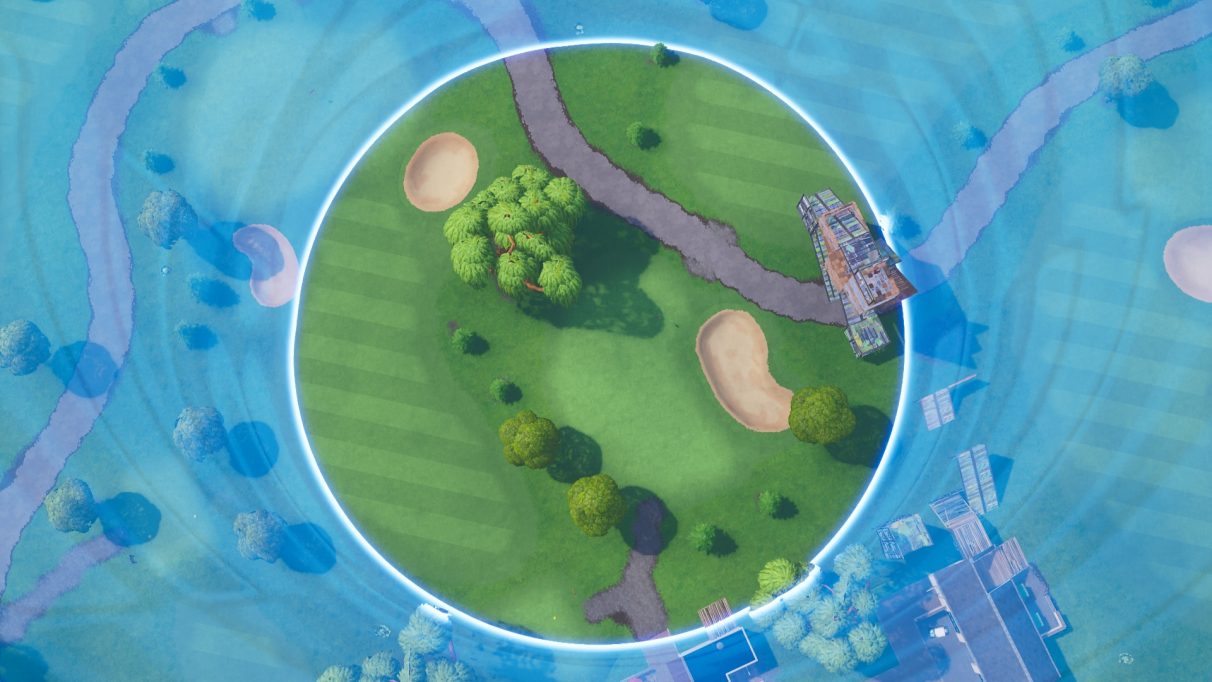 That's all the major points covered for the advent of Season 9 of Fortnite, so hopefully now you're a little better-equipped for the matches ahead. My advice? Throw yourself into the deep end, drop repeatedly in the new areas or wherever you see a cluster of Slipstreams, learn what's new and what's different, and build a solid foundation from which to dominate over the coming months. Season 9 is your season!