Last Friday, actor Chadwick Boseman lost his life to cancer at age 43. Best known for his role as the Black Panther in Marvel's blockbuster flick of the same name, Boseman has now been memorialised in Fortnite by way of a colossal obsidian panther statue just west of Misty Meadows - turning the crossover event into an informal tribute spot for mournful fans of the late actor.

Fortnite's big cat probably wasn't planned to be a memorial to the late actor, mind. Rather, it's inclusion is likely just part of the game's current Marvel crossover event, which has seen comic book "rifts" appear all over the island. But as Eurogamer reports, that hasn't stopped grieving players from paying tribute via the statue. 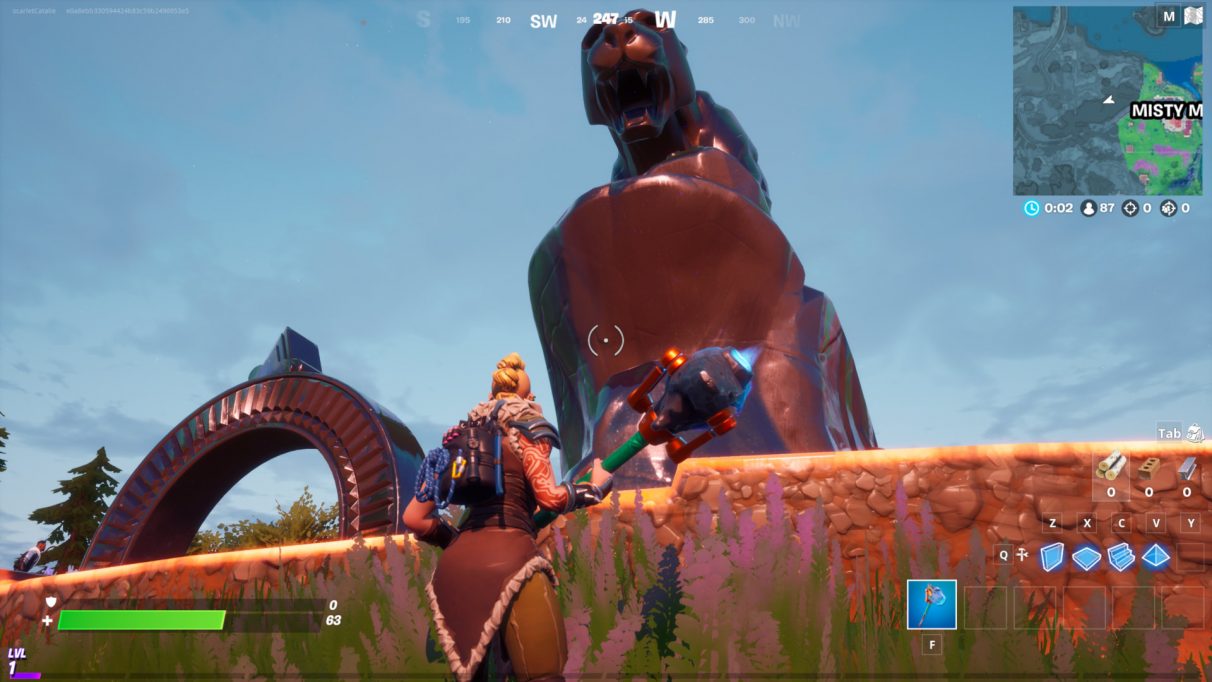 On jumping into a game for a look myself, I found at least two players kneeling peacefully at the foot of the colossal, obsidian cat - a quiet savannah ambience muting the gunfights going on a few towns over. Fans have taken to Twitter and Reddit to share theiir respects, with some players now reportedly asking Epic for a Black Panther skin to be made available in-game, with funds raised going to charity.

Commemorating real-life losses in virtual spaces is nothing new, of course. Just this year, Valve paid tribute to Rick May (voice of TF2's Soldier) with statues across Team Fortress 2. While these were temporary at first, a more permanent installation was placed on cp_Granary last month. As permanent as you can get with entirely digital battlefields, at least.

Fortnite's map changes constantly, however. And as part of the current Marvel-themed iteration of murder island rather than a bespoke memorial in itself, there's no telling when the big cat will be zapped away in favour of some new nonsense. Until then, it'll stand watch from its hilltop - whether you're looking to pry loot from its mouth, or simply trying to pay respects to the King of Wakanda.