If you were an Xbox kid around my age, Halo 3 might be the first game you remember arriving with deafening levels of hype. The sole reason most folks picked up Crackdown. The Return Of The King in John Halo's ring-smashing quest, in fellowship with a squid-mouthed Keith David and that cigar-chewing lad from Aliens. Now, developers 343 Industries are preparing the trilogy closer's PC debut in Halo: The Master Chief Collection, with select testing set to take place within the next few weeks.

343 have kept a staggering pace in porting the old Halos, with a brief snapshot at Halo 3 and ODST running on PC coming before even Halo 2 Anniversary's release earlier this month. So, while there's no mention of the jazzy, Nathan Fillon-fronted spin-off in this week's post, it's not too shocking that there are already plans to roll out the trilogy's closing act. Posting in a development update this week, 343 laid out their plans for Halo 3 flighting (testing) within the "first half" of June.

That test will include five campaign missions (Sierra 117, The Storm, The Ark, The Covenant, Halo), alongside Forge mode, Theatre, and a healthy dose of social and competitive multiplayer modes across 10 maps. Being Halo 3's PC debut, 343 also want to test the game's keyboard controls, accessibility options, and new graphical, audio and network settings. 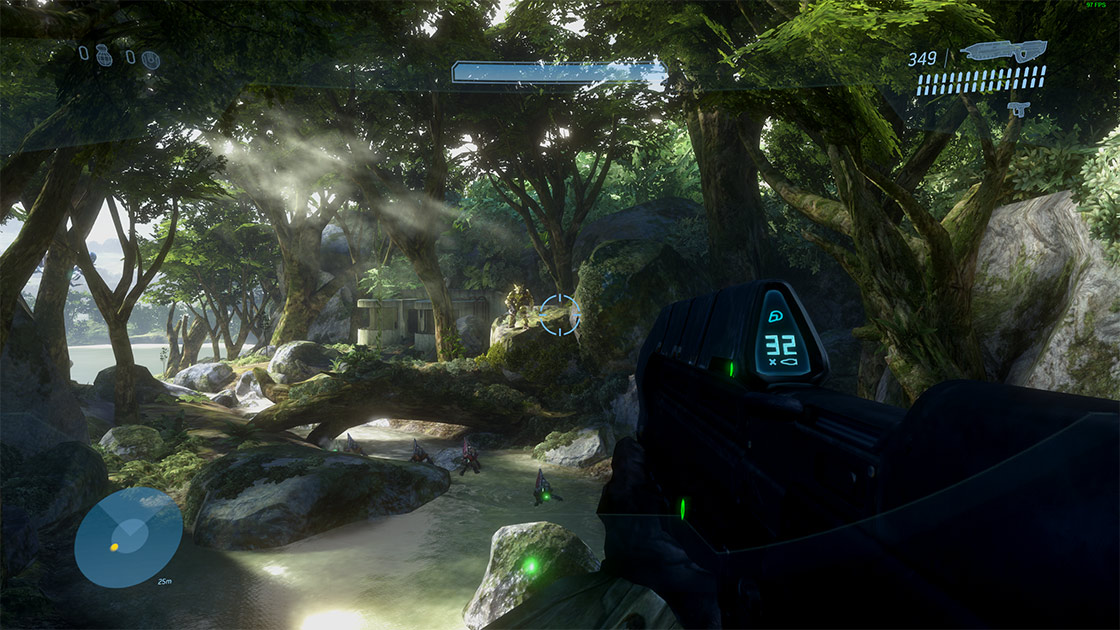 Like previous flights, testing will be granted to a select number of "Halo Insiders". You can register to become one here, but don't fret too much if you don't make it in. If previous MCC drops are anything to go by, Halo 3 proper will arrive with an unceremonious "it's out now" a few weeks after testing.

For the time being, folks who've been sticking at Halo 2 multiplayer should be relieved to hear that those ghostly team-killing rockets should now be a thing of the past. The rest of 343's post is dedicated to a surprisingly lengthy look at the studio's bug-fixing methodologies. Long story cut incredibly (and reductively) short - explosives should now explode as expected.

Finally, a few suggestions have been added to MCC's "design iteration" board - including a custom game browser, multiple key bindings (oh thank god) and crossplay between Xbox and PC. Design iteration basically means "we're still figuring this out", so don't expect any of these to land for a good while yet.