Sometimes, I find a game that doesn't seem like my cup of tea. It's not bad, per se, it's just ostensibly not something I'd be tempted to spend my weekends playing. But then I lay hands on it, and if it feels great, if it's responsive and satisfying and can run a smooth 200 FPS on my laptop... Well, that changes things. Now it doesn't matter what the theme is, or the genre. That's what happened with Boid. 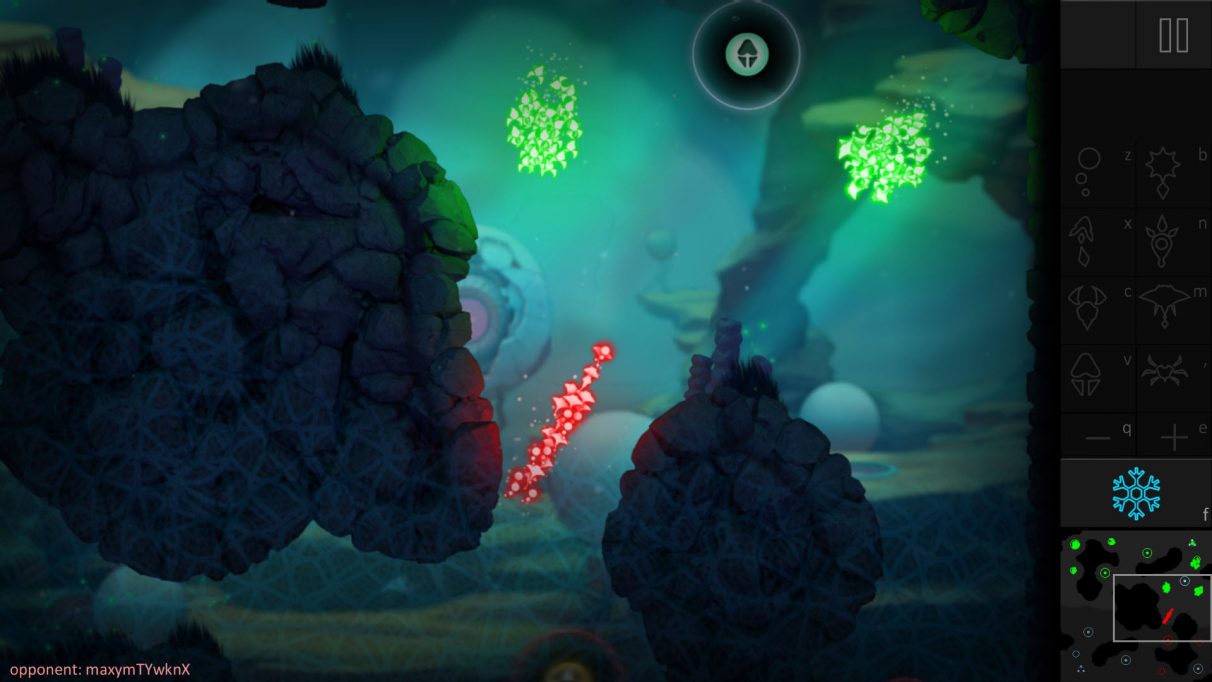 I used to play RTS games a lot more. I grew up with Warcraft III, StarCraft: Brood War, and Supreme Commander. But I kinda fell out of the genre after that golden age, and I've been unable to get back into any RTS since. I've just moved on to other games, and I now rarely find myself with the energy to deal with all that constant micromanagement of your units, with no pausing, no downtime at all.

Boid was different. Well, not that different. It was still an RTS, with all the trimmings. But my aversion to RTS games waged war with my delight at playing such a fluid, tight, tactile, responsive game, and eventually the latter won out. And you know what? It's a good game. Really well-designed, satisfying to play (or even just to watch), and does a great job of squishing down the entire genre into something that even people who've given up on RTS games could enjoy again.