Hearthstone's next expansion is putting on its best faux-Jamaican accent for a big blue throwdown. Launching in December and unveiled at BlizzCon today, Rastakhan's Rumble tells the story (through the act of card-battling) of a once-in-a-generation tribal contest. Trolls from around Azeroth are assembling to beat each other black and (more) blue in order to impress the Loa spirits and King Rastakhan in a big arena rumble. It'll also feature its own new solo campaign mode. Check out the cheerful musical trailer below - a staple for new Hearthstone announcements.

There are nine Troll teams involved in this event, one representing each class in the new Rumble Run solo mode. No humans, elves, orcs and goblins in the hero slot this time - it's big tusks or go home. Many of the new Troll-themed cards lean in to the pageantry of the arena rumble theme, too. One new keyword mechanic is Overkill, which they showed on a 4/4 hero weapon. Overkill allows you to attack again if you do more damage than is necessary to kill an enemy, up to an extra three times. This pairs nicely with the Sharkfin Fan below, especially if you like pirate spam.

The Loas - powerful guardian spirits of Trollkind - are represented in some of the rarer cards in this new expansion. The Paladin Loa, Shirvallah The Tiger, is a legendary minion that costs a preposterous 25 mana to cast, although that number goes down with every mana spent on spells. While that does mitigate the excessive price, it strikes me as perhaps more of a mid/late game flourish card than something you'll be using on the regular, especially if you draw the tiger early. Then again, I'm not a regular Hearthstone player, so perhaps better players can figure it out. 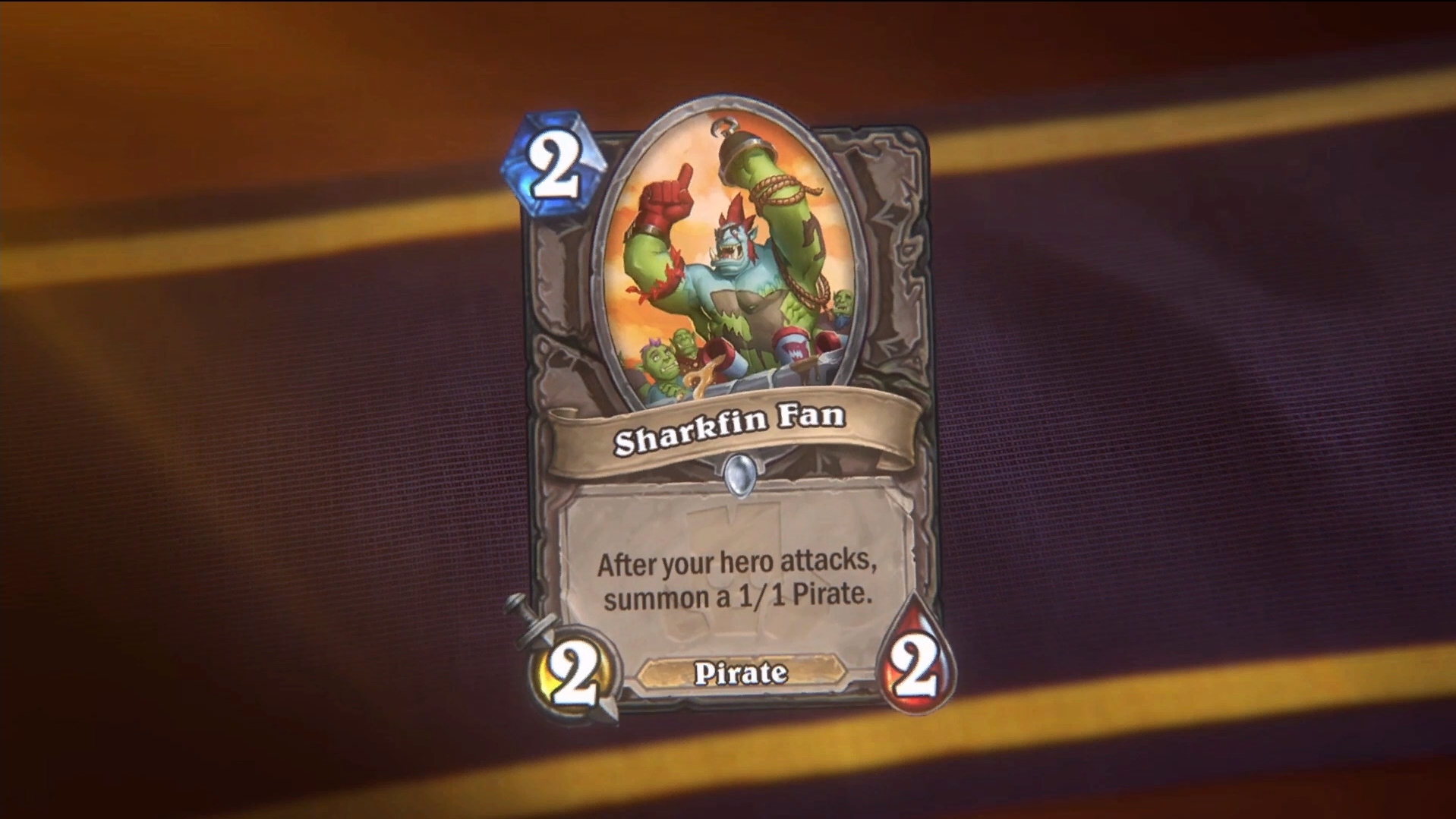 The Rastakhan's Rumble expansion launches on December 4th, and you can read more on its official page here. Hearthstone is free to play.