The next Hearthstone expansion will take players to the wizard school of Scholomance Academy, Blizzard announced last night. The 135-card expansion will introduce 40 cards that can be used by two classes, reflecting the school's multidisciplinary curriculum, including 10 representing the dual-class disciplines' Legendary professors. The new Spellburst keyword is coming too, and a new Studies card type. Also, the school has just a load of wizard students getting up to shenanigans, into japes, and over their heads. Come meet some of the dolts and hear their school song in this cinematic trailer.

Scholomance is the school founded by the dastardly Kel'Thuzad, previously seen in a World Of Warcraft dungeon. In Hearthstone: Scholomance Academy we'll have far more of a student-y experience, probably without slaughtering the faculty.

So, dual-class cards! Taking another page out of Magic: The Gathering's book, Scholomance Academy will introduce 10 allied class pairings, and either class can use the cards in them. These are "designed around mechanics and strategies they both share," Blizzard say. 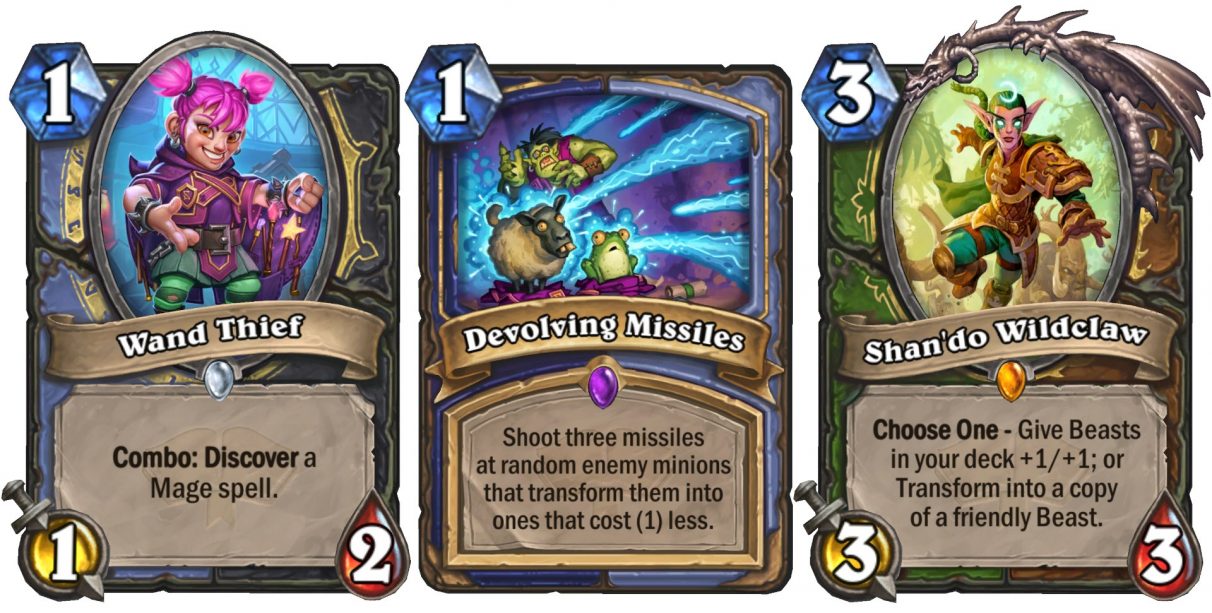 Scholomance will also introduce Spellburst, a new keyword for Minions and Weapons which means the card has a one-time effect when you next cast a spell. Blizzard have revealed three Spellburst effects so far: Deal 2 damage to all other minions; Return the spell to your hand; and gain Divine Shield. And then there are the new Studies lines of cards, which Discover a card and reduce the casting cast of the next you play of that type.

See Blizzard's announcement for more on the expansion, and the Scholomance Academy listing to see cards as they're revealed over the coming weeks.

The launch of Scholomance Academy will kick off the second of three parts of Hearthstone's Year Of The Phoenix. During this phase, they plan to add a mysterious new game mode, new Heroes and Minions for Battlegrounds, a seasonal event, and a new "solo mode", plus balance patches and that.

Scholomance Academy is due to hit Hearthstone in "early August". The game is free-to-play and, as ever, folks will be able buy card packs or earn cards by playing.