After nearly a decade of PlayStation exclusivity, Heavy Rain is on PC, which means you can now press 1 rather than X to “Jason! Jason! Jason!”

Heavy Rain is a story-driven game following Ethan Mars, a father in search of his kidnapped son, Shaun. Shaun has been taken by a serial murderer known as the Origami Killer, who targets young boys and drowns them in rain water. Three other characters are also involved in the hunt: Norman Jayden, an FBI Agent with magic AR sunglasses; journalist Madison Paige; and Scott Shelby, an ageing and gruff private investigator. The game switches between them all.

Much of the plot's intrigue is found in the way each character tries to find more information. Ethan is contacted by the Origami Killer directly, and is put through various trials in order to save his son, such as driving the wrong way into traffic. The other characters, though, have their own objectives. Norman is investigating crime scenes and using police equipment, for example. The way the game switches from character to character keeps the game feeling fresh, and slightly less grim than 10 hours of Ethan crawling over shards of glass. 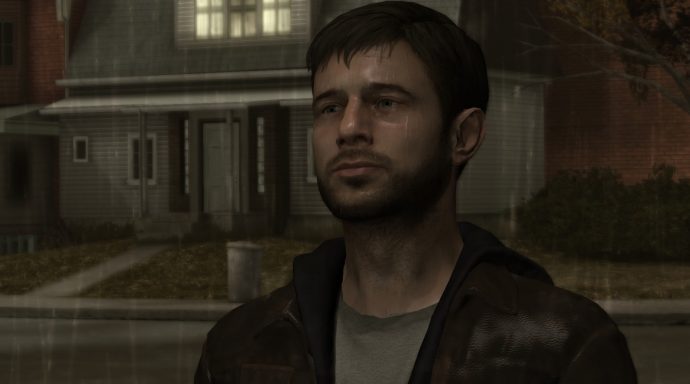 You also get to listen to your characters' thoughts, which offer hints towards the objective and sometimes provide insight into that character’s feelings. Unfortunately, what the characters think is sometimes inconsistent with what they do, and glaring plot holes soon make themselves apparent. An intriguing thread early on hints that Ethan is suffering some sort of memory loss or dissociative state that could connect him to the murders, but it is completely dropped later in the game, apparently a casualty from a bunch of cut content that makes the game more confusing. Still, if you don’t look or listen too closely, Heavy Rain's broader story holds up pretty well — better, I think, than Quantic Dream’s more recent games.

Re-playing Heavy Rain did make me appreciate the performances in Quantic Dreams' Beyond: Two Souls and Detroit, though. Much of the voice acting in Heavy Rain falls short when the game is meant to portray intense, sincere emotion. Some of the dialogue would be more at home in a parody of a daytime TV whodunnit, as it's peppered with tropes like “I’m going to take you off this case!” or weird redundancies like “It’s a painkiller. It’ll help reduce the pain.” It can end up downright laughable. I've had to ask myself just how much of this I'm willing to pardon in a game where the story and character interaction is supposed to be a main selling point. Especially when combined with the limitations of motion capture at the time it was made, and Heavy Rain's weird controls. 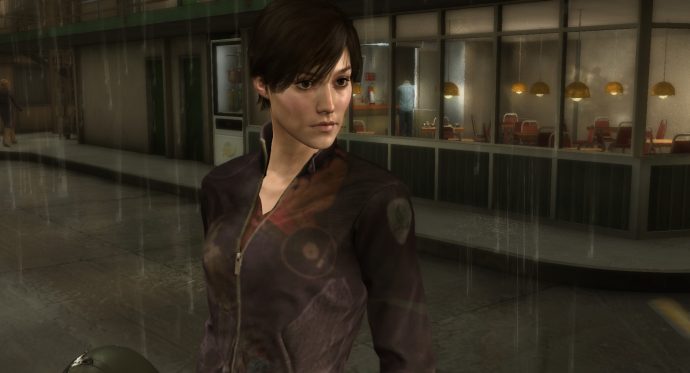 Players are introduced to the controls in a lengthy and mellow tutorial, in which Ethan prepares his home for his son’s birthday party. The PlayStation version relied on the motion sensors in the DualShock controller, whereas the PC version requires movements of the mouse in indicated directions. All possible character actions, from frantic dodges down to drinking beer, are governed by either making this movement correctly, pressing or holding the right key, or a combination of both. In moments of dramatic action, the player is prompted to go through a series of quick time events (QTEs) where you have to do this correctly and rapidly.

At their best, the QTEs feel satisfying. When you’ve managed to dodge every attack and wiggle out of every trap, Heavy Rain feels like it’s working as it should. That scene where you have to dodge oncoming traffic felt like the right level of challenging and responsive. There are also moments where the player is presented with a time-limited dilemma, but the actions aren't QTEs. Moments like sneaking through a creepy doctor’s home and carefully choosing which rooms to search before being spotted, or deciding how to best perform an impromptu amputation, are far more engaging than a famously hilarious chase sequence, and I wish that Heavy Rain had more of them. 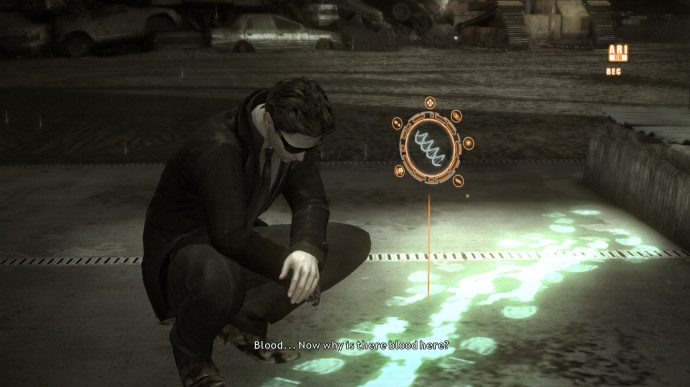 By contrast, there were segments where the responses for both the QTEs and regular actions worked poorly. In part it seemed to be because the controls translated badly to PC-specific hardware. I spent a good five minutes trying to get Madison to apply lipstick, because I couldn’t match the mouse movement, despite following the on-screen prompt exactly and repeatedly. Poor Ethan got zapped again and again in an electricity-charged maze puzzle simply because my fingers weren't long enough to reach the requried keys while my other hand was using the mouse. It's almost like playing a personal game of Twister with a keyboard. This is more frustrating given that failure can result in changes to the story via future options being closed off, or even character death.

If a playable character dies or is otherwise out of commission, which can happen multiple times, the game adapts without that character, resulting in different experiences and endings. Of course, there are inevitably times where the player's hand is forced, to avoid dangling narrative threads, but Heavy Rain still makes these decisions feel weighty. Despite already knowing the answer to the game’s main mystery, I still thoroughly enjoyed trying to weave the game toward my desired outcome and sabotaging some characters on purpose. I was hoping that Madison could ultimately be the hero at the end of the game, which adds kind of a fun challenge. 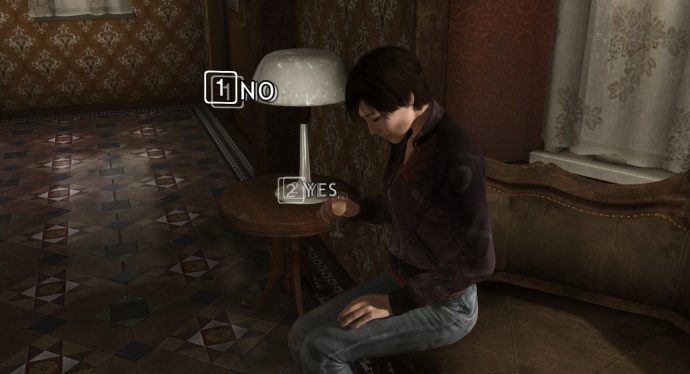 On the subject of Madison, her multiple scenes of gratuitous and frequently-endured threats of sexual assault were uncomfortable to watch nine years ago (and not only because I was worried about my college dorm-mate walking in at the most awkward time), and they feel even worse now. In particular, a section of the game in which Madison must strip and dance seductively under threat of gunpoint hasn’t aged well. "Isn’t this terrible what this man is doing to her?” the game seems to try to say, but the camera consistently lingers on her body. Especially in light of Quantic Dream’s alleged abusive work environment, it leaves a bad taste in my mouth.

Heavy Rain was arguably a game-changer when it came out in 2010, and paved the way for more narrative-driven, AAA games. For those of us obsessed with storytelling in games, its success was a promise of bigger games to come that would take chances on setting a game in a world much like our own, filled with characters we can relate to.

If you loved the game when it first came out, you may find that Heavy Rain has lost some of its initial spark in comparison to newer games. For me, I think it was easier to be forgiving of flaws when I was so excited by the newness of what it was trying to do. If you’re keen to try a Quantic Dream game, I’d say Heavy Rain is still the one most worthy of playing, if you can excuse some of the over-the-top elements of the story. And if nothing else, it will be a nice reminder of how far story-driven games have come.