Christmas may be over, but assassination is a dish best served cold, so it's back to Hokkaido we go for a fun seasonal bonus mission for Hitman 2. Today, Io Interactive rolled out a big update for their murder-sandbox, including some new gear for expansion pass holders. The big reason to be excited is the time-limited Snow Festival mission, set in Hitman 1's Hokkaido map. Legacy Pass owners (folks who own the previous Hitman game) get access to it today, and a standalone free trial featuring all of Hokkaido goes live for everyone tomorrow, January 22nd.

As we all know, capitalism is the true villain of the holidays, and today's mission is all about worker solidarity. The owner of a sketchy fireworks factory has been glued back together at the high-tech Hokkaido medical facility after an explosion - his surviving workers would rather he stay dead. They've apparently unionised, and pooled their funds to hire Agent 47, and Diana sounds especially excited to strike a righteous blow against corner cutting and flouting of safety regulations. While an explosive demise would be most ironic, the challenges attached to the mission are mostly festive. Knock out guards with snowballs, stab your target with an icicle and so on. 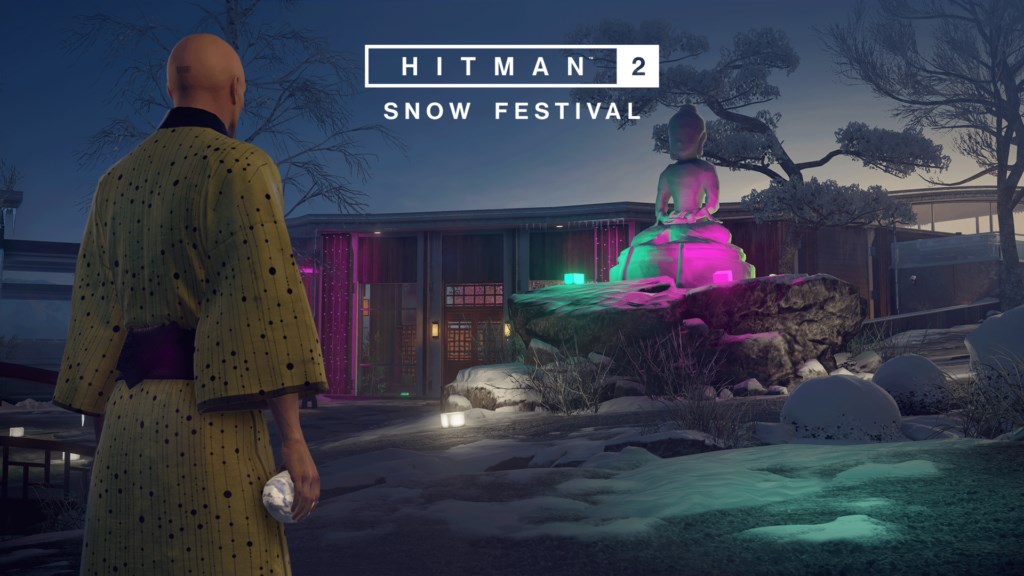 Completing these objectives will earn you a few permanent unlocks, including a particularly nasty looking ice-pick, and a snazzy winter suit for 47. The standalone free trial version of the mission will be going offline on February 12th. While there's no date listed for the legacy version of the mission disappearing, I'd suggest treating that as your current deadline. Beyond that, there's a set of Expansion Pass-exclusive mountaineering gear arriving tomorrow for 47. The pack includes a piton, a climbing rope that could be used to strangle someone in a pinch, and an insulated tool box for more practical equipment smuggling. Or you could just put a snowball in it to carry around in Miami.

The Hokkaido seasonal mission is live now for Legacy players, and the trial version launches Tuesday, January 22nd, along with the arctic gear set. You can see the full patch notes here. Don't worry - they still haven't 'fixed' 47's magical briefcase, and likely never will.