After teasing their new VR cybergoggles earlier this year, HP have now fully unveiled their new Reverb G2 headset, and it looks an awful lot like the Valve Index. That's probably because it's been designed in collaboration with Valve, and uses the same lenses and speakers that they created for the Index. However, HP's Reverb G2 takes things even further with a higher resolution display and even more tracking cameras. And the best thing about it is that it's not going to cost the earth to buy, either.

Indeed, HP are calling the Reverb G2 a "no compromise VR headset" that sets "the new standard in VR", and a big part of that no doubt comes from its whopping 4320x2160 resolution display. That's 2.5x more pixels than the 2560x1440 display on our current best VR headset, the Oculus Rift S. Heck, even the Valve Index only has a combined resolution of 2880x1600, so it looks like the Reverb G2 will offer quite a substantial jump in overall sharpness and clarity - which will be all the better for gazing at Half-Life: Alyx's new sloshing wine bottles.

The Valve Index still wins out when it comes to refresh rate, though, as the Reverb G2 will be capped at 90Hz like the HTC Vive Cosmos and Cosmos Elite. The Index, on the other hand, can stretch all the way up to 144Hz if you've got enough graphical grunt to reach those kinds of refresh rates, but really, 90Hz is still perfectly adequate for a smooth VR experience.

It's not yet clear whether the lenses themselves are the same ones Valve used on the Index - all HP say on the matter is that they're "industry-leading lenses designed by Valve" - but one thing that does look identical are the built-in speakers, which sit 10mm off the ear just like the ones on the Index, and even have the same shape and design.

As for adjustment, the Reverb G2 comes with everything you'd expect from a "no compromise" headset. There's an interpupillary distance slider on the bottom of the headset, as well a replaceable magnetic fabric face cushion (again, looking very similar to the one on the Valve Index), plus your usual assortment of velcro straps. 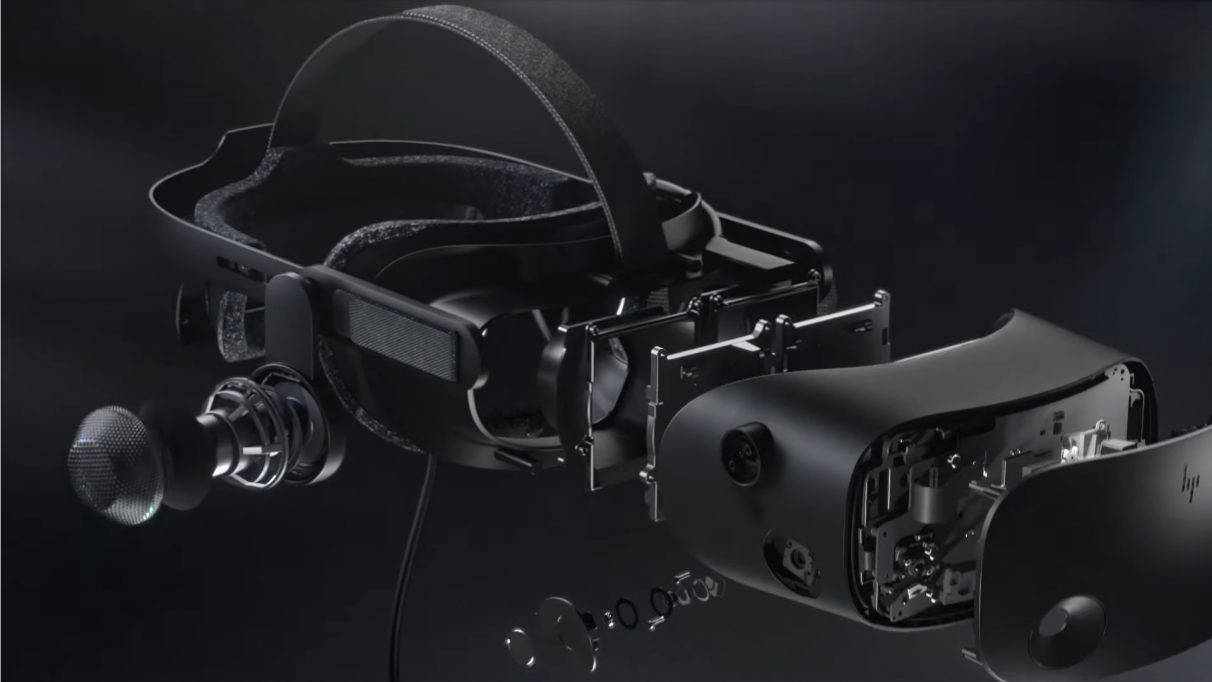 Best of all, though, it won't require any SteamVR base stations for tracking purposes, as its four built-in cameras will handle all that internally, much like the inside-out tracking of the Oculus Rift S. It also looks like it's going to feel a lot lighter on your old noggin, as HP say its weight starts at 1.1lbs, or 499g (without the cable), compared to the 1.78lbs, or 807g Index (again, without the cable). I'll have to wait until I get one in for testing before passing judgment, of course, but as someone who often gets a bit of a headache from playing VR, this is very welcome news indeed.

I should also note that it's not just Valve who have had a hand in the Reverb G2's design, as it's also been made in partnership with Microsoft as well. That's because this isn't just another SteamVR machine. It's also compatible with the Windows Mixed Reality platform, making it one of the most flexible VR headsets yet.

The only questions that remain are how much this thing's going to cost and when we can get our hands on it. HP are still keeping the Reverb G2's release date close to their chests at the moment, but its price looks very reasonable indeed. While HP haven't listed a price on their official website yet, other folks who have gone hands on with it in the US are saying it's going to cost $599 - which is pretty damn competitive given the specs. After all, the Vive Cosmos currently costs £699 / $699, while the Valve Index goes for a whopping £919 / $999 - and if the Reverb G2 brings a slice of that Valve goodness down to a more mid-range kind of price point, then we might just have a new best VR headset contender on our hands.