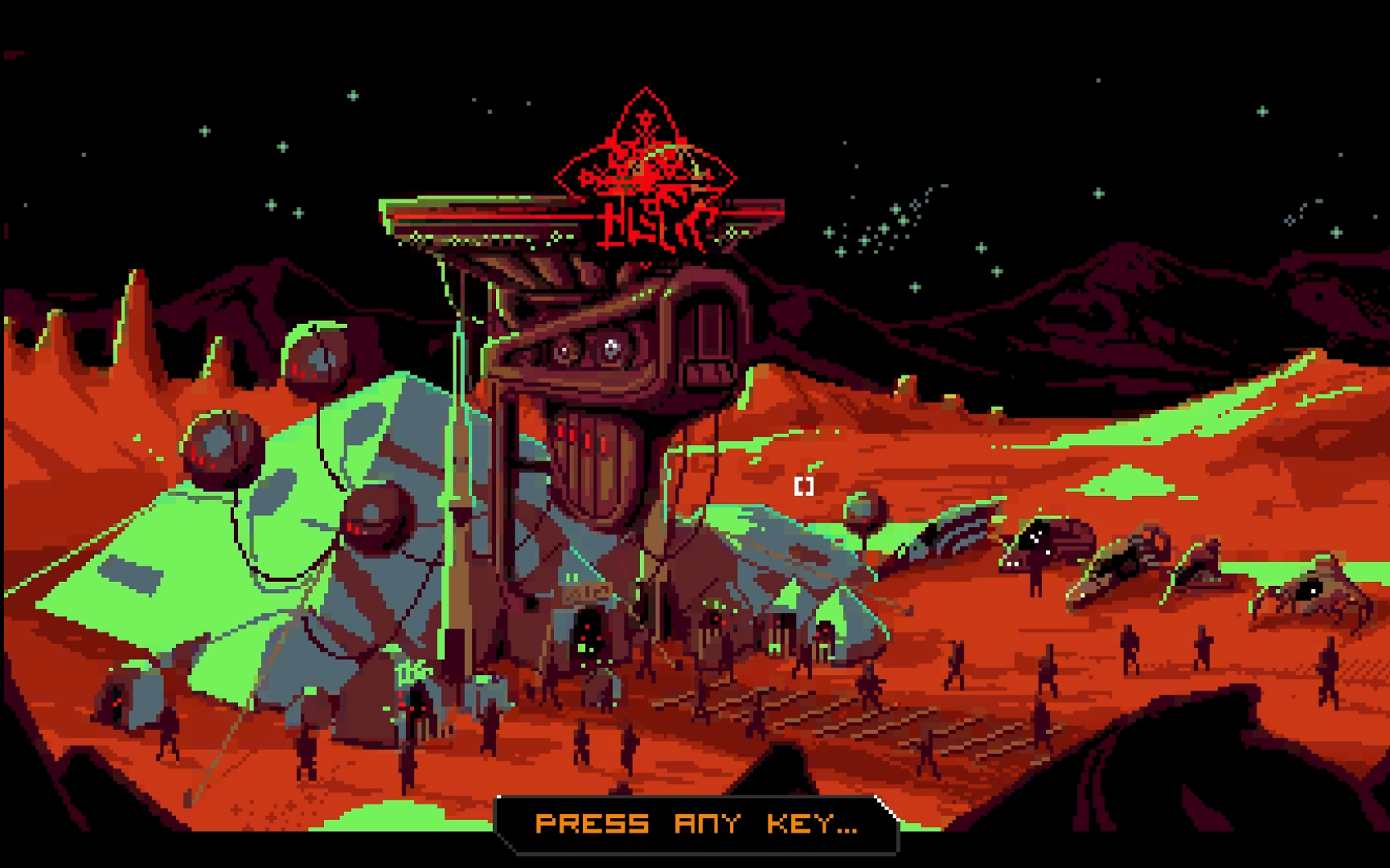 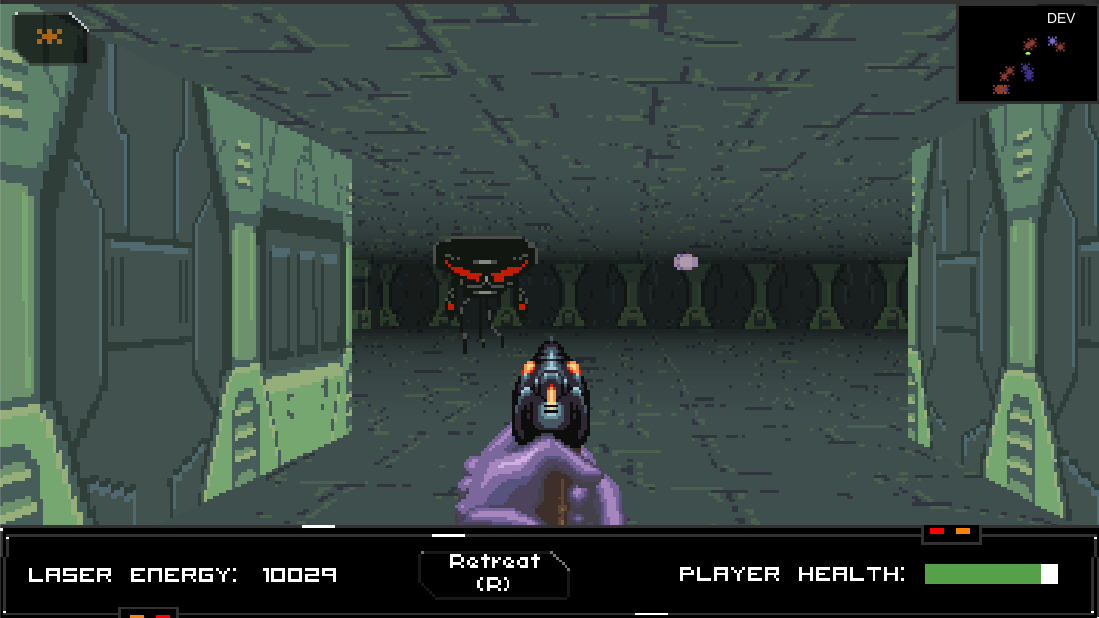 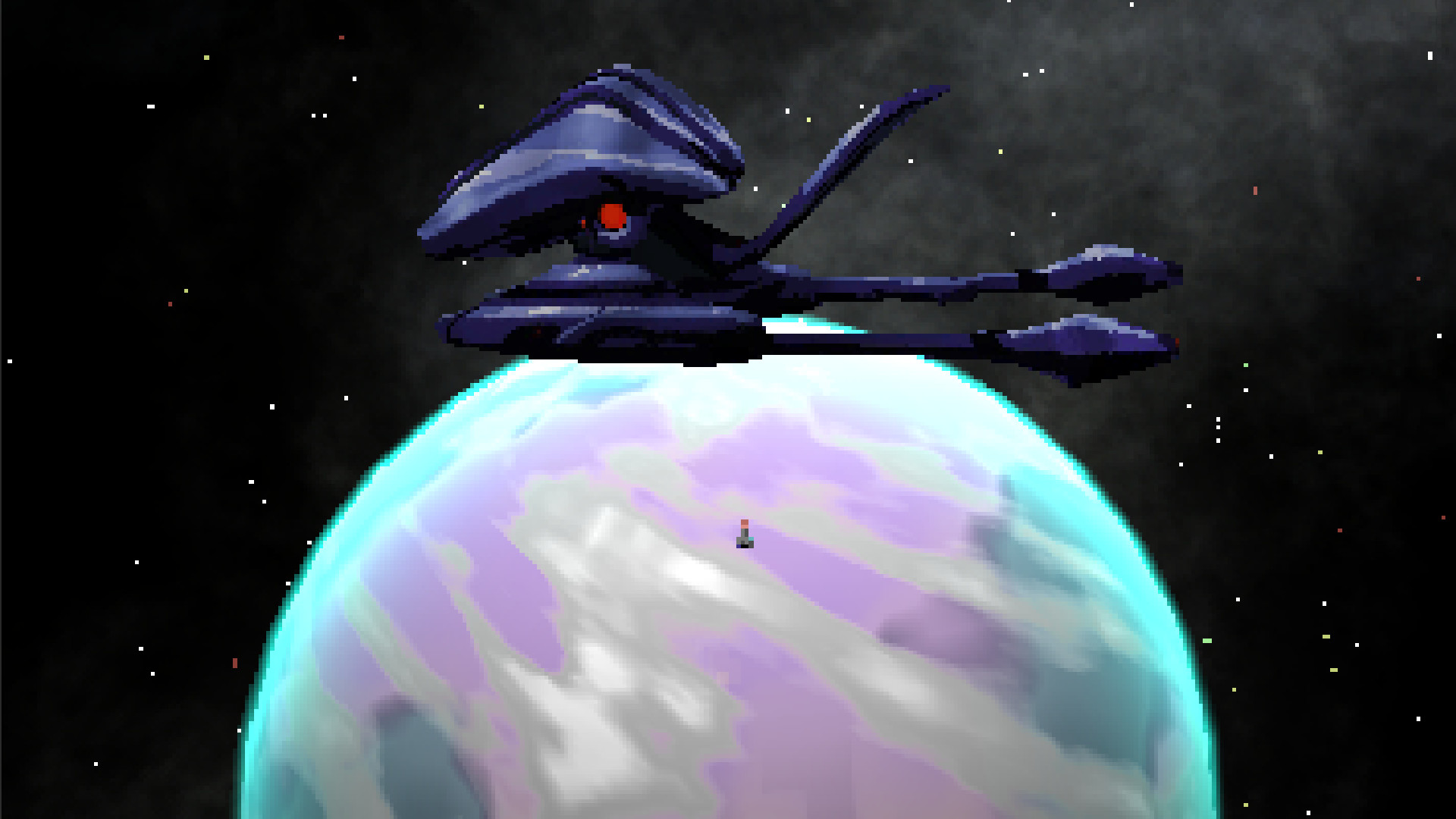 I grew up playing DOS-era space adventures. From Psi 5 Trading Company to Blake Stone, Star Control and beyond. Hyperspace Delivery Service looks like most of them all at once. Making its Steam early access debut yesterday, Zotnip's multi-genre space sim also been around on Itch for a while now. It's part space-trading sim, part crew management, part space shooter, part Wolfenstein-derived FPS and all powerfully nostalgic. Take a peek at its universe of chunky pixelated delights below.

Hyperspace Delivery Service is the latest from Zotnip, creator of the offbeat (but similarly DOS-styled) spacey point-and-click adventure Bik. While Bik may have looked a bit like a scrappy shareware game, this looks like the kind of thing that would have warranted a massive cardboard box, at least three 3.5" floppy disks and a chunky manual dense with evocative line-art and lore. While no one part of it seems especially deep, there's enough layers of familiarity here to immediately grab my attention, especially those EGA-ish planetary shots - those are some tasty pixels.

Developer Zotnip has broad plans for Hyperspace Delivery Service while it's in early access. Depending on sales, player interest and feedback, they hope to include even more minigames (and increase the variety of the existing ones), add a ship and player upgrade system, a reputation system, online leaderboards and more. Nothing is set in stone, however, and Zotnip considers the current version largely feature-complete, albeit in need of a little more balancing. The final version is planned to launch in another six to twelve months, and will launch for $10-15.