In the dying days of Destiny 2's latest season, I blew my last shot at its coolest reward by blowing my own face off like a scrub. It's not a fancy gun or hat that's so coveted, simply a decoration for your menus. If you dove into the neon tunnels and metaphysical deserts of the Prophecy dungeon and completed the three-player challenge by yourself without dying, you too could claim an emblem with rad-as-hell pink and blue geometric swirls. But Prophecy is going away for a bit with the launch of Destiny's new expansion today and, welp, I just had to go and use The Mountaintop when I was so close.

Prophecy is a playable vision of sort, an attempt to interpret the impending Darkness in a form we daft wizard corpses can understand: a space to shoot stuff and do sick hoverbike tricks. It's chuffing gorgeous. In a game full of grand sci-fi vistas, Prophecy has been my favourite space this side of The Whisper. One section sends us through a neon blue spiralling rectangular tunnel, headed towards a pink light, and that's the moment captured in this perfect emblem:

Beautiful. Why would you want anything else as the background for your nameplate or menu screens. Prophetic Visionary genuinely was the best and most-coveted item this whole season.

Regular three-player Prophecy is great fun, a challenge which takes teamwork but can be bumbled comfortably in 40 minutes. Solo Prophecy removes the breathing room, with every enemy focusing solely on you as you try to juggle all the moving parts of the puzzles. It's really satisfying to do well. But to do it without dying and using checkpoints? That's rough.

I had meant to complete solo flawless Prophecy earlier this season. I put in a few practice runs and was coming on, and then - as will happen during lockdown - several months vanished. This weekend I realised oh, time has passed. Prophecy will be removed with the launch of Beyond Light today before returning by the end of December, but it's not clear if the old rewards will return with it. And I need this emblem. I can't risk not getting it. So back in I go, I relatively easily finish a solo run with only a few deaths, and I'm ready for the long part of restarting over and over until I can do it flawlessly.

By 11pm on Sunday, the last free time I had before Beyond Light, I'm finally on course to beat the final boss in a clean three cycles. I've been leaning on The Mountaintop, a breech-loading grenade launcher that's so stupidly overpowered I stopped using it months ago because it's just not fun. But I really want that emblem. I could use a sniper rifle, I could use Witherhoard, I could use any number of weapons that might spit damage slower but wouldn't blow up in my face. I didn't. I had to be a scrub and use Mountaintop. And then, right as I'm killing the final trash monsters before what should be my final damage phase, my stupid tired brain doesn't notice I fumbled a weapon switch and have Mountaintop out when I shoot someone point-blank. The end. That's what I deserve.

I'm glad Mountaintop is being sunset, that it'll be forever limited to the power cap of this final season and therefore unusable in future end-game content. I'm so ready for Mountaintop to be over. It was too strong, too boring, and stole the glory of Destiny's actual proper best weapon, the Fighting Lion grenade launcher. Bring on the new meta. I wish Bungie had nerfed Mountaintop sooner, that I hadn't been tempted by its dark and cheesy power, but I knew what I was risking: my face getting blown off because I'm a scrub and an idiot. 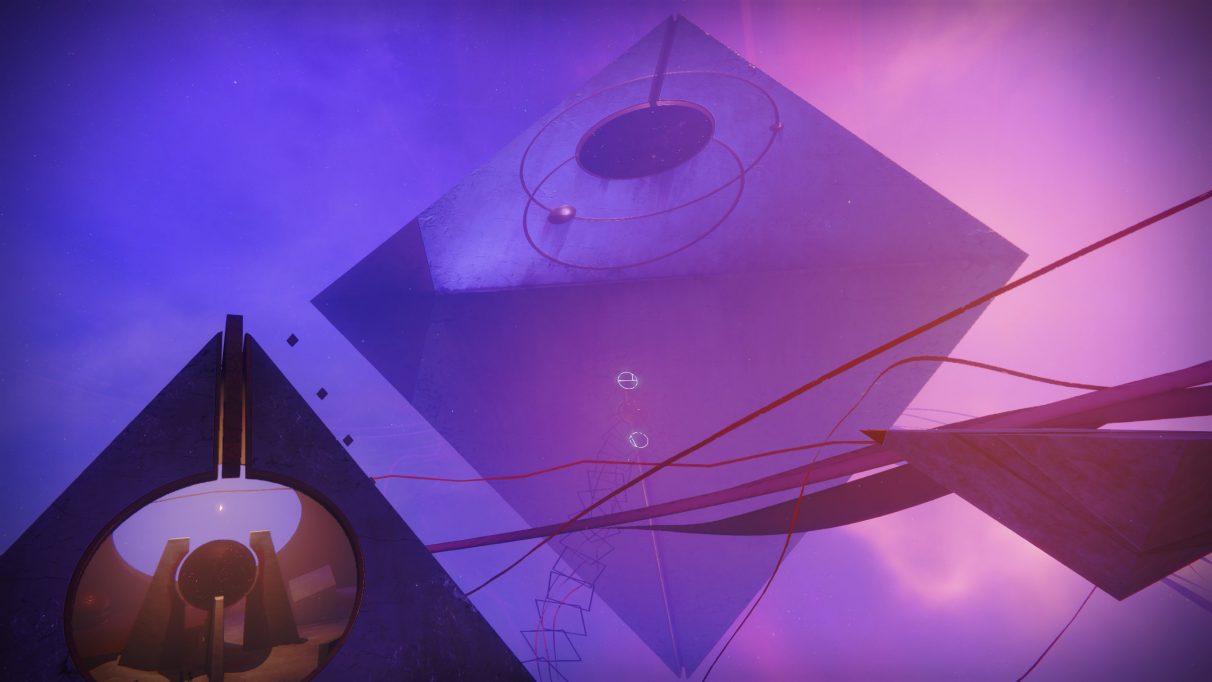 When Prophecy does return, I hope not only will the emblem come with it, but Bungie will have rebalanced it for the new meta. The anti-Taken mods which make Prophecy a lot easier won't be an option, because they're becoming exclusive to Last Wish raid armour. And Mountaintop will... well, even if Mountaintop is still an option, I know I shouldn't go anywhere near it. Please Bungie, save me from myself.

For the curious: I was running top-tree Nightstalker Hunter coupled with Wormhusk Crown, meaning dodging would cloak and heal me. With a 100 Mobility stat, I'd go invisible any time things got hairy. I had Taken Barrier, Concussive Dampener, Minor Resist, and Major Resist mods for defence and still hit 70 Recovery. Basically, enemies had to do a lot to kill me. Unfortunately, all I had to do to kill me was click once. I used a Gnawing Hunger auto rifle throughout, the Witherhoard grenade launcher and Falling Guillotine sword for the first boss, and for the rest I pulled out the zaptrap launcher Anarchy and spit Mountaintop. Idiot.