One thing I didn’t say much about in my starry-eyed review of the sublimely elegant turn-based strategy game Into The Breach was its metagame.

A campaign takes an hour or less, but the business of earning new types of mech and new pilots to drive, fly or teleport them will last you months. I’m a long way off unlocking everything, though I do have a bit of a head start from beta builds, but already I’ve found the pilot I will spend the rest of my life with. Isaac Jones, you complete me. Or rather, your game-changing ability does.

In every Into The Breach battle, you can have one last resort you can turn to. A button that resets all your actions during the space of that turn, thus undoing calamitous decisions such as the sudden death of a mech or circumstances conspiring to wipe out humanity come the next turn. The snag is that you can only do this once per mission. Spend it wantonly and you have no more do-overs, and will have to live with whatever terrible consequences might arise in the next couple of turns - and such is Into The Breach's clockwork-tight design that the entire situation can alter drastically within the space of one turn.

Enter Isaac Jones, who was given to me as a one of a choice of three rewards for acing every objective on an island. 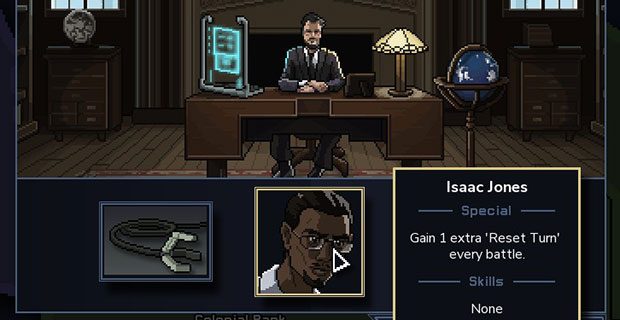 I very nearly skipped right past him in favour of a free couple of Power units, because I'd had a good enough run so far that my starting pilots were all alive and had levelled-up once, but then I read the text underneath his anxious, goateed face.

Text I couldn't quite believe I was reading, so disruptive did it seem to rules I have lived with in Into The Breach for quite some time.

You have got to be shitting me. A free do-over. This changes everything. 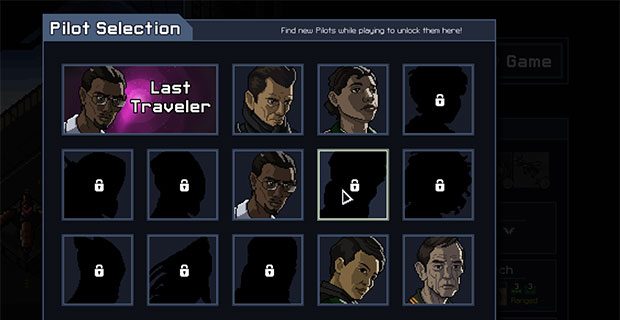 Pilots are rare finds in Into The Breach, obtained only via occasional drop-pods or, as I had done, pulling off a perfect run on an island. Once found, they can join you on a campaign if you're happy to replace an existing pilot with them (and can be a godsend if you've lost a pilot - mechs can carry on without a driver, but the AI controlling them causes a few nerfs), but, beautifully, they're also unlocked for use in any future attempt.

So the dawning of Isaac here means that, in any ITB run, I can enjoy that bonus reset.

Unfortunately, there's also a big downside to Isaac. Not in terms of ability - ITB doesn't do pilot handicaps - but in terms of personality. He's an abject coward. And a whiner, too. This makes him much more chatty than the average pilot, as he's forever expressing dismay at the presence of more bugs or claiming he's not capable of handling military technology. He also stutters in what sounds like constant fear, although in one line of incidental dialogue he claims this is a result of a science experiment gone wrong. I'm not sure I believe him.

The yellow-belly even complains when I use his power to turn back time. 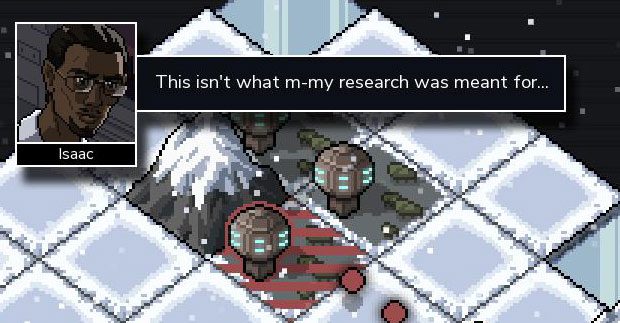 Jeez, dude, get over yourself. We're only trying to save humanity, y'know?

Isaac, in other words, has godlike powers but is deeply annoying. I am certain he has been deliberately designed to be this way, which is a quiet masterstroke.

One of the smaller things I really dig about Into The Breach is how the unseen civilians greet the arrival of your mechs with awe, and you then proceed to play in stoic near-silence: the epitome of a selfless hero. Isaac's whingeing undermines that, in a way that reminds me uncomfortably of Judge Dredd having to trek through the Cursed Earth with Rob bloody Schneider in tow.

It's brilliant. Isaac changes everything - well, not everything, but I've already survived a half-dozen missions I otherwise wouldn't have thanks to that magic dual-reset - but boy do I now crave the company of someone who's a bit more on-message. So I can't wait to see who I dig out of the next time-pod. Just please let them be an optimist.