Hogwarts Legacy might be set 200 years before lightning-face shows up, but it couldn't pre-empt the series creator's transphobic outbursts. Following its debut at last night's Playstation show, publishers Warner Bros. have attempted to reassure troubled fans that author JK Rowling is not "directly involved" in the game's production - though they're being cagey on just how, exactly, she stands to benefit from the game's success.

Announced earlier this week, Hogwarts Legacy is arguably the stonking great wizarding RPG Potterheads have wanted since the credits rolled on Deathly Hallows. Unfortunately, in the decade-plus gap between the final book and game's announcement, author JK Rowling has come out with some pretty garbage beliefs regarding trans folks (like myself), ramping up with her latest pseudonym-penned crime novel featuring a cross-dressing serial killer earlier this month. 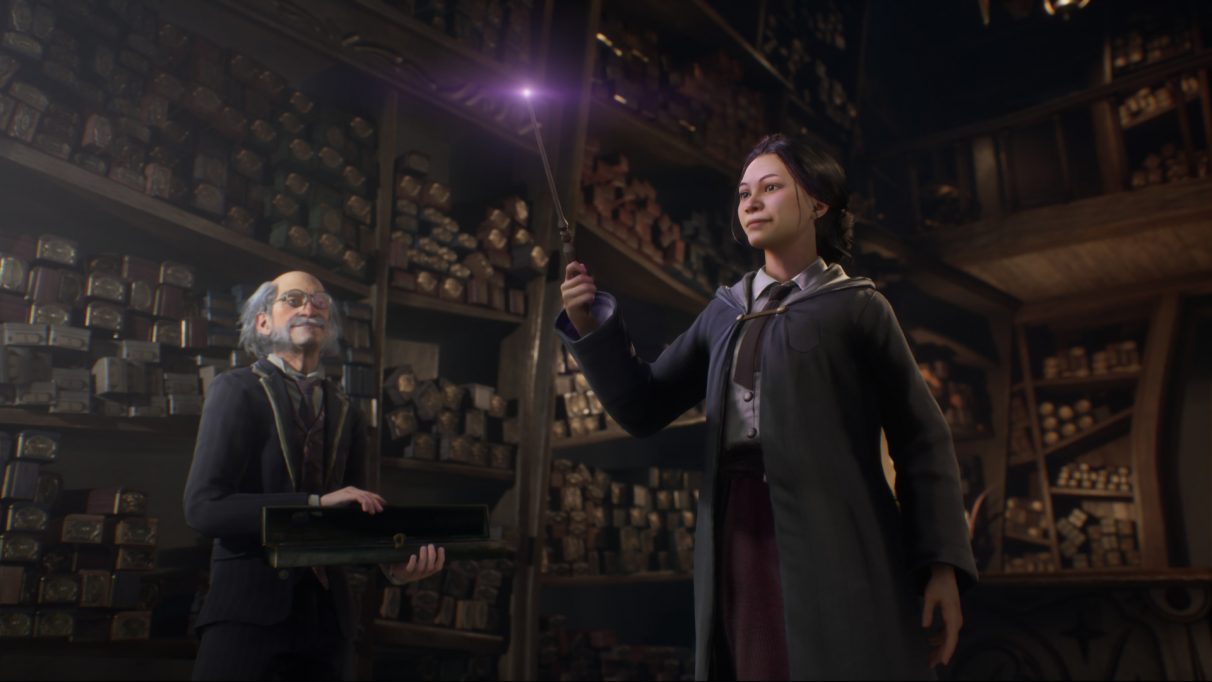 In an FAQ similar to one posted on the game's official Discord, the pubs asserted that Rowling is not creatively involved with Hogwarts Legacy. While "her extraordinary body of writing" is obviously the basis for the game's setting and story threads, they definitively note that "this is not a new story from J.K. Rowling".

Of course, Rowling is somewhat famous for being extremely hands-on with her IP. While she may not have penned Hogwarts Legacy directly, folks are naturally concerned to what degree she is profiting off the game's sales. Kotaku asked Warner Bros. for clarity on whether Rowling would be directly receiving royalties from Hogwarts Legacy, to which the company declined to comment.

When asked for a statement on Rowling's views, Warner Bros. referred the outlet to an extremely vague corp-speak statement made to Variety back in June.

"The events in the last several weeks have firmed our resolve as a company to confront difficult societal issues. Warner Bros.’ position on inclusiveness is well established, and fostering a diverse and inclusive culture has never been more important to our company and to our audiences around the world. We deeply value the work of our storytellers who give so much of themselves in sharing their creations with us all. We recognize our responsibility to foster empathy and advocate understanding of all communities and all people, particularly those we work with and those we reach through our content."

While Warner Bros. aren't willing to separate themselves entirely from Rowling, it is an attempt to placate conflicted fans trying to square their love of the franchise with their frustration at its creator. Being neck-deep in the discourse all day, there are many who feel to not support the game is harmful to the developers just looking for a paycheck. Assuming, of course, a Potter RPG isn't going to do gangbusters, and ignoring that record sales don't necessarily mean better pay for devs.

While I don't agree with that reasoning, I do get it. I'm of the age that Harry Potter hit hardest. But I can't help but see this as mental gymnastics performed in service of trying to get around the creator's problematic views - never even minding those that make it into the work itself. An attempt to pull "death of the artist" on an author who is very much alive and profiting from the world she's created.

Honestly, I don't see why we need a new wizarding RPG. Pottergame already exists, y'all.