There's more Kerbal Space Program DLC on the way, and the next expansion for Squad's jokey-but-actually-serious scientific sandbox is bulking up all things planetary. Breaking Ground is due out on May 30th, and is set to add more research sites across the solar system, with strange crystal formations, frozen volcanoes and other stellar curiosities to poke with sticks. Very big metal sticks, at that, as there's a whole range of new components designed for planetside operations, including advanced robotics, ideal for carrying around new deployable scientific equipment.

While I never got a huge amount of use out of the previous KSP expansion, Making History, Breaking Ground's talk of advanced control systems for robotic devices has my eyes lighting up. Whoever builds the first truly all-terrain spacecraft (capable of walking on hills, driving on smoother terrain, or gliding in atmosphere) needs to win some kind of award. I'm already eager to see what kind of giant metal monstrosities get created by players far smarter than me. I just know I'm going to try sticking mostly-useless robot arms and legs on everything I build from now on. 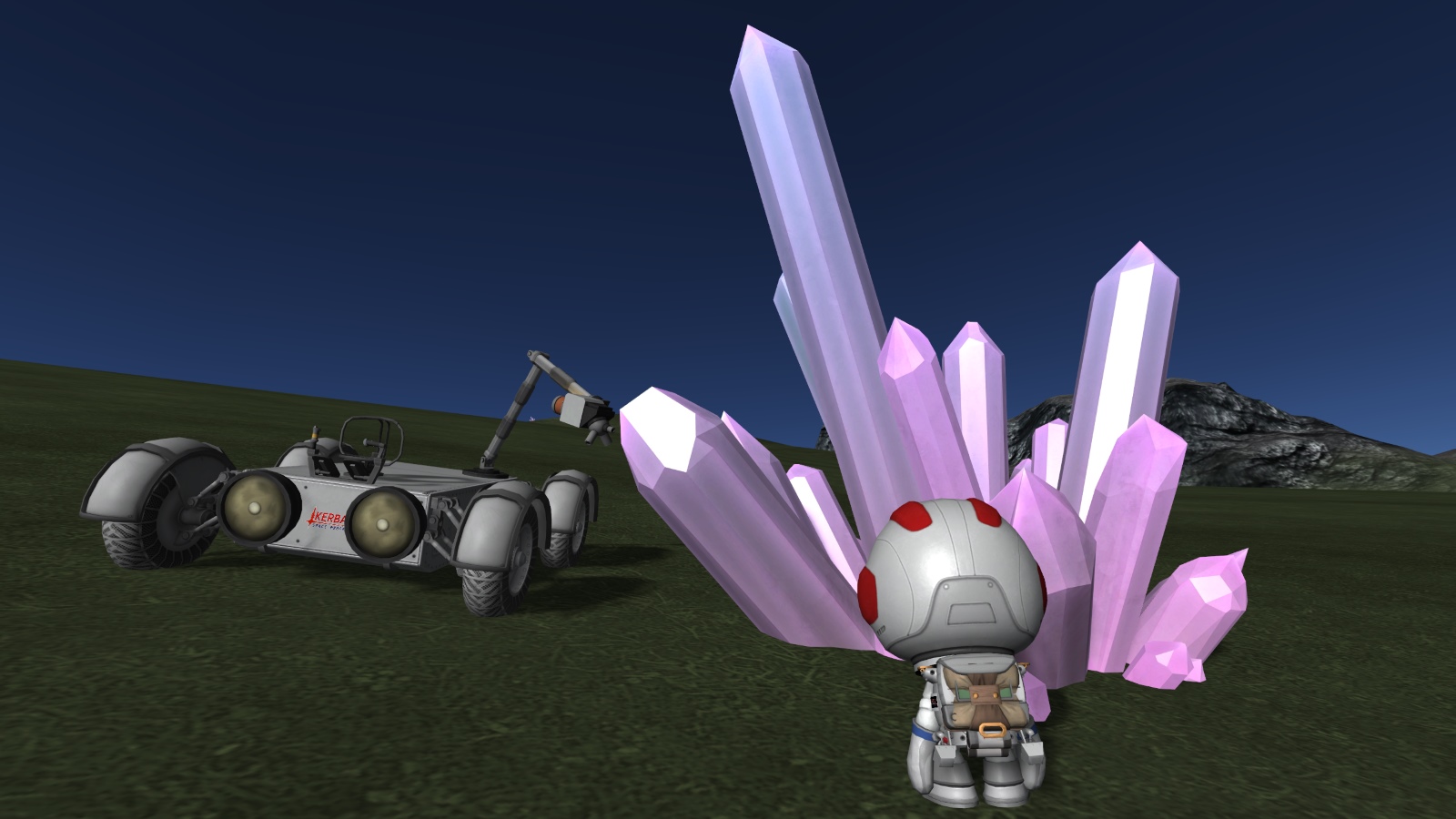 As elaborated on in its official announcement here, this expansion is all about "exploration, experimentation and technological breakthroughs", giving these new robotic devices practical use. It's presumably difficult to drive a rover up a mountain-side, but a six-legged robot scorpion might just have the grip and a low enough profile to survive the ascent. You'll also have to allocate cargo space aboard your lifters to carry research equipment "from seismometers to weather stations" from Kerbin up to other worlds.

Lastly, there's a new orange science-team space suit that looks a whole lot like the HEV equipment from the Half-Life series. Quite frankly it would explain a lot if Gordon Freeman was a Kerbal, communicating solely through percussive smacks of a crowbar. Paired with the mysterious space-gems above, we're only five minutes of Jebediah Kerman antics from a resonance cascade. 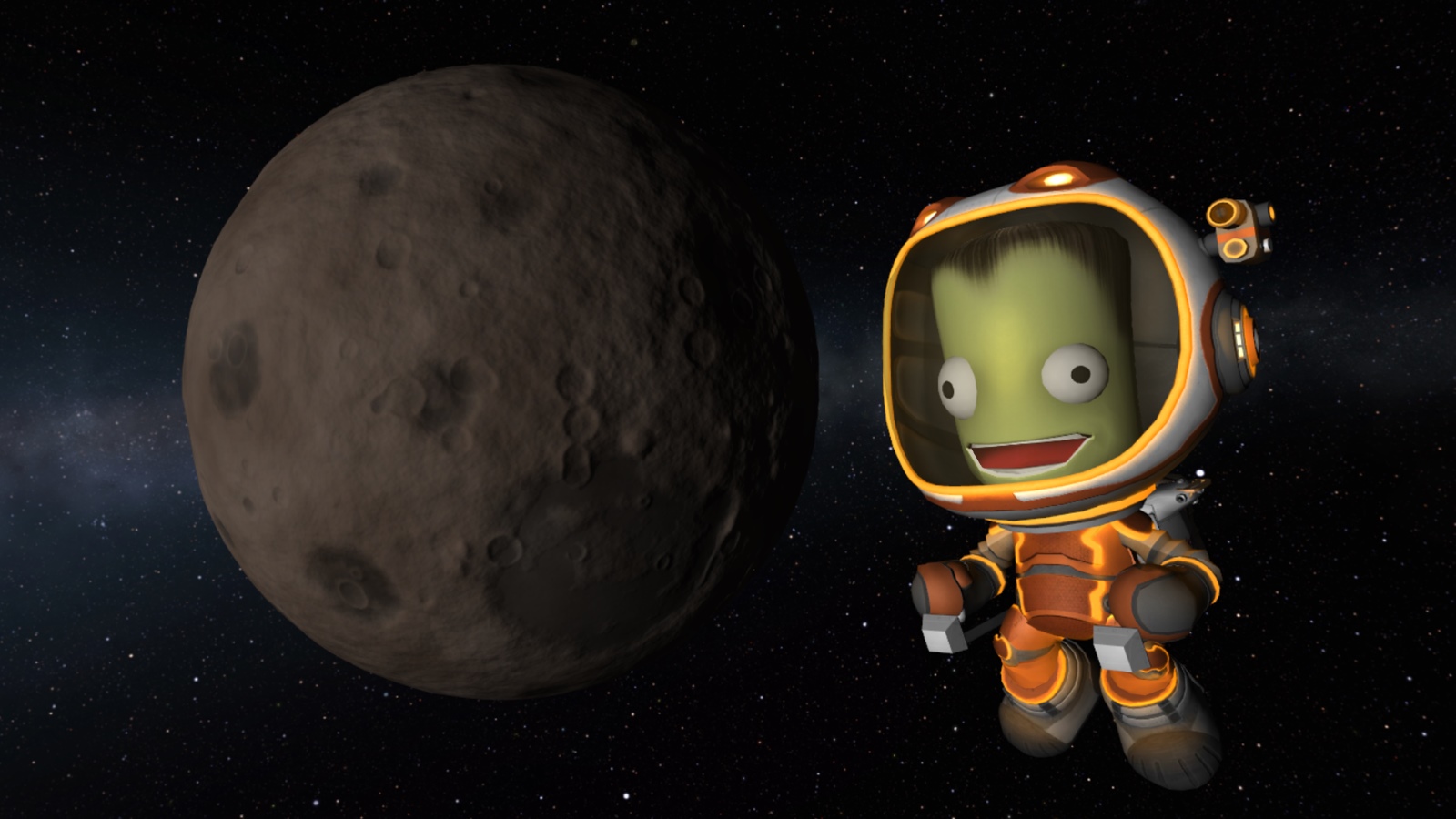 The Breaking Ground DLC launches on May 30th, priced at $15, but those who picked the game up back in its early experimental days (before April 2013) will receive it for free. It's published by Private Division, Take-Two Interactive's indie label.