“I actually wish we had started with Malks," said Brian Mitsoda, "Because honestly the number one thing I think people ask is, 'Are malkavians in the game?'” I had a chat with Mitsoda, narrative lead on Vampire: The Masquerade -- Bloodlines 2 and lead designer on the original Bloodlines, for the new Clan reveal. Yup, the Malkavians are back, baby. There will be comments.

If you’re not already a Vampire: The Masquerade fan, or indeed a Bloodlines fan, let me give you some context, because you need to know why the Malk is a hot little potato. Every vampire belongs to a Clan that was started by a very ancient vampire thousands of years ago, so every subsequent member of that Clan has, sort of, a bit of that original vampire in them. Like a family tree, but more direct and kind of yuckier. Each Clan has a thing: Toreador are flouncy art appreciators who feel closer to humanity; the Ventrue are, basically, the man (as in damn the man, eat the rich). The Malkavians’ thing is, insert scare quotes, insanity.

A moment to talk shop first. The Malks are the fifth full clan that will be in Bloodlines 2 from launch, the others being Brujah, Venture, Toreador and Tremere. If you’re thinking of joining the Malkavians, then you’ll get two shiny new abilities, neither of which are Masquerade violations. 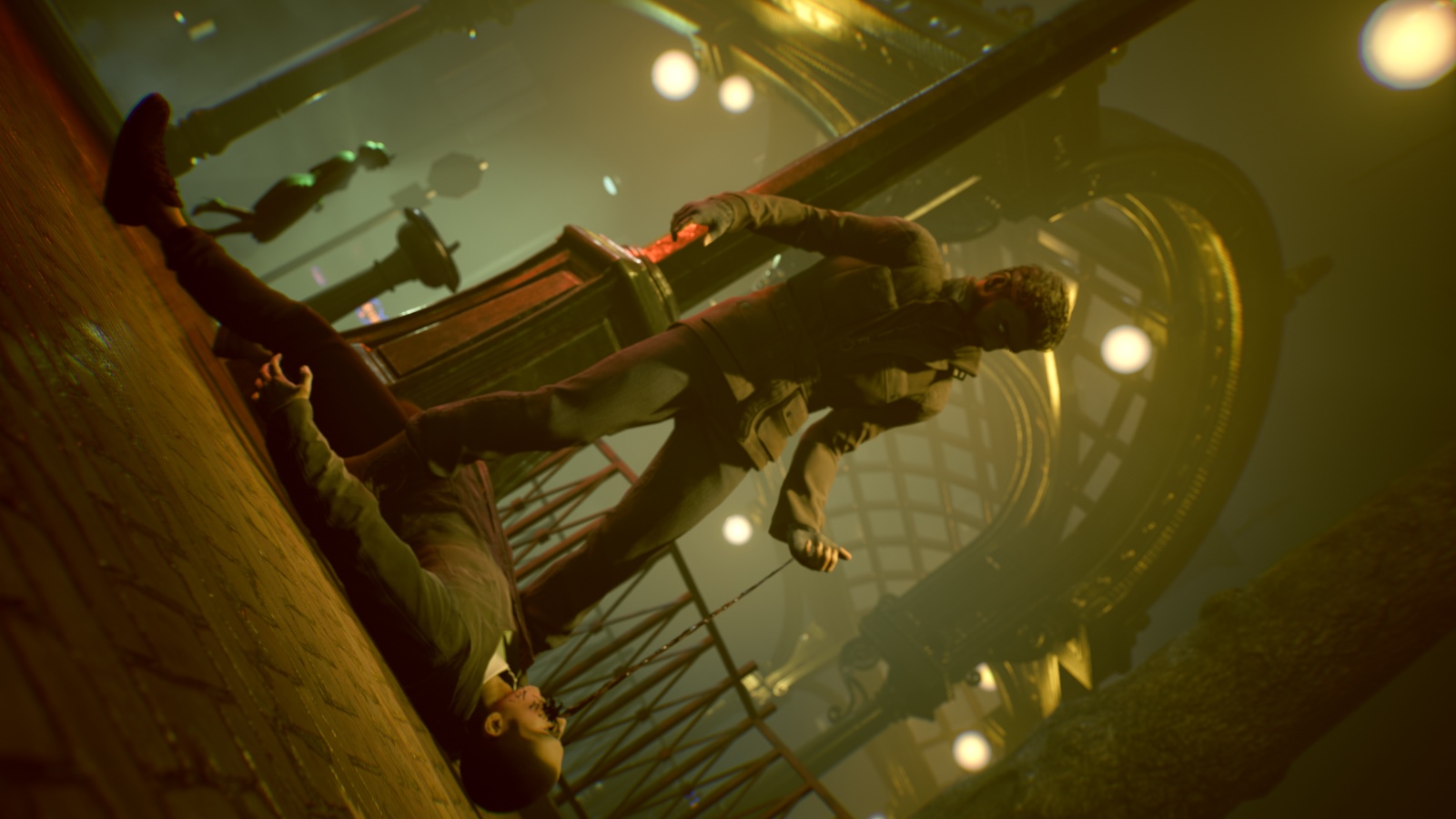 “The Malkavians, I think first and foremost, they're all about dementation. Dementation not only has dialogue implications, but of course it's got combat applications, but not in the way that the Brujah might where it's just very much direct damage,” Mitsoda said. “With the Malkavians it's basically about sowing chaos.”

Dementation’s first effect is Haunt, which basically makes people run away. Levelled up, it can become Beserk, which makes the target attack anything nearby, or, failing something to attack, the air. Malkavians can also use Auspex, which allows you to use Aura Sense to see NPCs through walls, mark individuals and read their weaknesses. Levelled, Auspex provides Psychic Projection, letting you scout around in astral form (whilst also using Aura Sense). While projecting, you can sometimes overwhelm NPC senses with the power of your big sexy brain. Paradox are talking more about the Malks in a Twitch stream later today, 17:00 UK time, but we have an NPC image and teaser video embedded below.

Even in the tabletop game, the clan is the subject of some debate. There’s even a specific term, “fishmalk”, referring to the sort Malkavian whose player interprets the clan insanity as wackiness, as a kind of comic relief, as the sort of person who would talk lovingly to a dead fish -- or perhaps hit you in the face with it and run away giggling.

“A lot of people do interpret the first game as being closer to the fishmalk interpretation,” said Mitsoda, “Just because of the way we were approaching the malks trying to make them different, they did sometimes have the options that were kind of funny.”

This links to the million dollar question, which is “Will playing as a Malkavian be a different experience with unique dialogue?” and yes, yes it will, in a similar way to the original Bloodlines. “Because it is the expectation,” said Mitsoda, “We cannot deviate from the expectation of what the Malkavian experience is.”

The Malkavian player character had moments like, perhaps most famously, having a shouting argument with a stop sign in the street, which is probably more on the fishmalk end of the scale. But they were also one of the most popular Clans because they had an entirely different set of dialogue to any other player character, and got different responses from NPCs. This was written (mostly by Mitsoda) towards the end of the production. He explained to me that the nature of development meant that would probably happen again on Bloodlines 2 because the Malkavian character is almost a reskin of the game, and it has to be mostly finished “before you do the Malkavian pass on it.”

The entirely different point of view is partly because Malkavians have what the game calls “insight”. They hear voices and know things about the future or other people, but not necessarily what those things mean. In the first Bloodlines, the Malkavian’s dialogue references betrayals that haven’t happened yet or secrets that NPCs have. From a story point of view they’re a gift, and were a huge reason to play the original game more than once. In tabletop games you have a divide between player knowledge and character knowledge, i.e. you the player might know things that your character doesn’t. In Bloodlines the character knew things that you the player didn’t, which was amazing, and could never happen in the tabletop version. But the problem is that this is explicitly tied to the character being insane, from rules that were written in the 90s, and a video game in the early 2000s. We’ve all changed since then, even vampires. 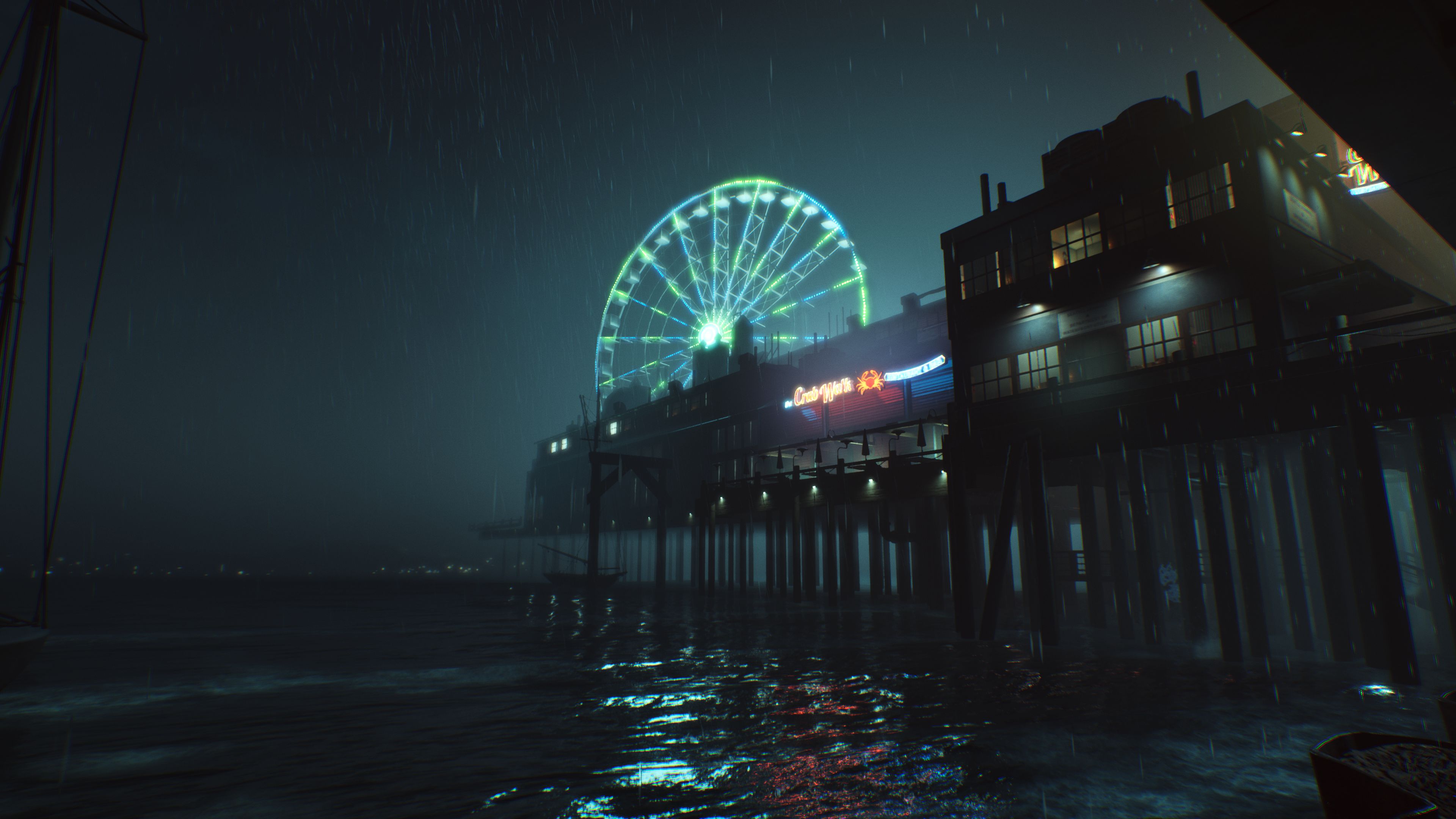 Mitsoda says that this time their approach to the Malks will be thinking more about their insight and how it would affect a person who had it, and not presenting it as hilarious. “I think in general we kind of are going to be approaching the Malks in Bloodlines 2 as more playing up the kind of darker aspect of having that network of voices and that insight, and almost a little bit of paranoia,” he said. “I think there will be things that people will like about the Malks, the same things that they liked about the first one in that they said things that were very strange.”

He said that, since Malkavians are vampires, they’re not going to be a direct one-to-one with human mental illness, but they have been doing a significant amount of research. They looked into a lot of different mental illnesses, read medical papers, as well as looking at the experience from the point of view of people who actually do hear voices. And, because this is a work of fiction, they’ve been looking at how mental illness is portrayed in other works of fiction (Mitsoda was unimpressed by the majority of portayals in films, for example). “I think in general we can't focus on any one mental illness, so we have to keep the Malks to our kind of interpretation of their experience as far as their insight, their network, the tragedy of it.” Malkavians are also an uncommon Clan in Seattle, so there’s already an inherent bias against them in vampy society that you’ll be dealing with. 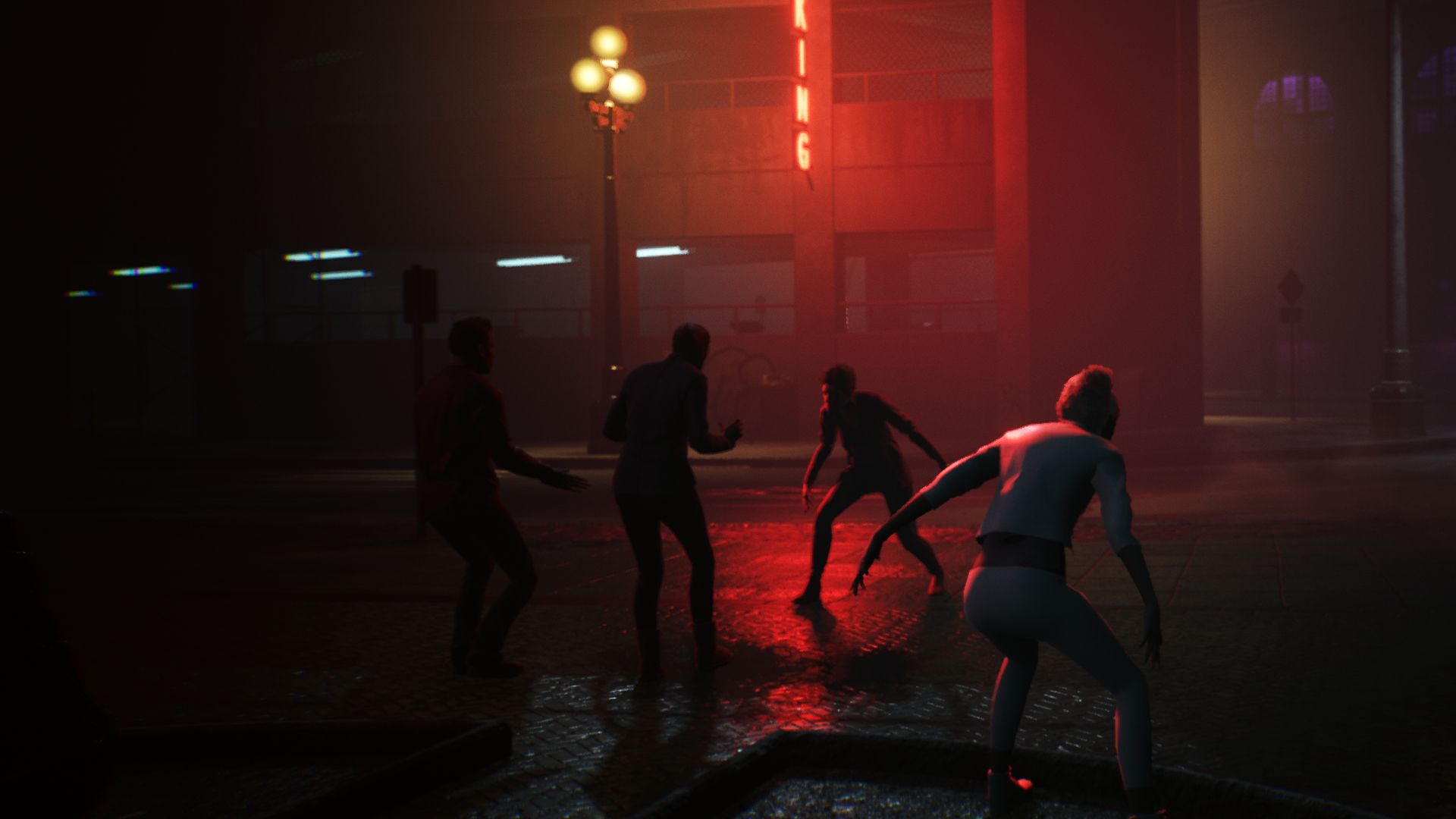 It should be fairly obvious, then, that the Malkavians are going to be a challenge for the team. On the one hand, a few loud voices in the community are convinced that the Malks won’t be in Bloodlines 2, and if they are they’ll be "ruined" by political correctness gone, ahaha, mad. On the other, there’s a very good argument that in 2019 a character whose signature trait is mental illness is probably not going to come off well. As I write this, it seems to me that Malkavians are very much like a simulated nuclear war, in that the only winning move is not to play. But that doesn’t sound like it was an option.

I asked if they always knew they wanted the Malks to be one of the main clans, and Mitsoda said they determined very early on that not having a Malk would result in pitchforks and torches, which isn’t exactly the same as saying yes. And I, a person who am excited for Bloodlines 2 and liked the Malkavian in Bloodlines, but am also, y’know, 15 years older now and an ess jay doubleyou, am part of the problem. The character hasn’t even been written yet, so I’m just going to wait.

Mitsoda, meanwhile, seems to be under no illusions, and is remarkably prescient. “I'm actually glad we're finally announcing it so we can go. ‘Okay guys, there you go. Stop freaking out about not having Malks, we have Malks. Now you can freak out about how we're presenting Malks.’”

Disclosure: Cara Ellison, who used to write for RPS and was also Alice O's flatmate, is a senior writer on Bloodlines 2.