Chances are, you'd never even heard of SimRefinery unless you were one of a handful of chemical engineers at Chevron during the early 1990s. That's if you knew about SimCity developers Maxis' brief foray into the world of business management tools at all, mind. But thanks to some good old online word-of-mouth and a retired engineer refusing to throw away old floppies, Maxis' obscure oil refinery simulation has been immortalised for free on the Internet Archive.

Last month, Phil Salvador over at The Obscuritory dove into a long-forgotten part of Maxis' past. See, between 1992 and 1994, the SimCity devs had a brief stint in creating workplace simulations through Maxis Business Simulations - an attempt to turn their gamier simulations into professional corporate training tools. One of those was SimRefinery, a bespoke oil refinery sim commissioned by Chevron.

It's a great read, but the most interesting thread to follow is what happened after the story's publication. See, Salvador's piece was picked up by a number of sites, including ArsTechnica. Commenting under that story, reader postbebop noted that they knew a former chemical engineer at Chevron who, somehow, still had an old copy kicking around. 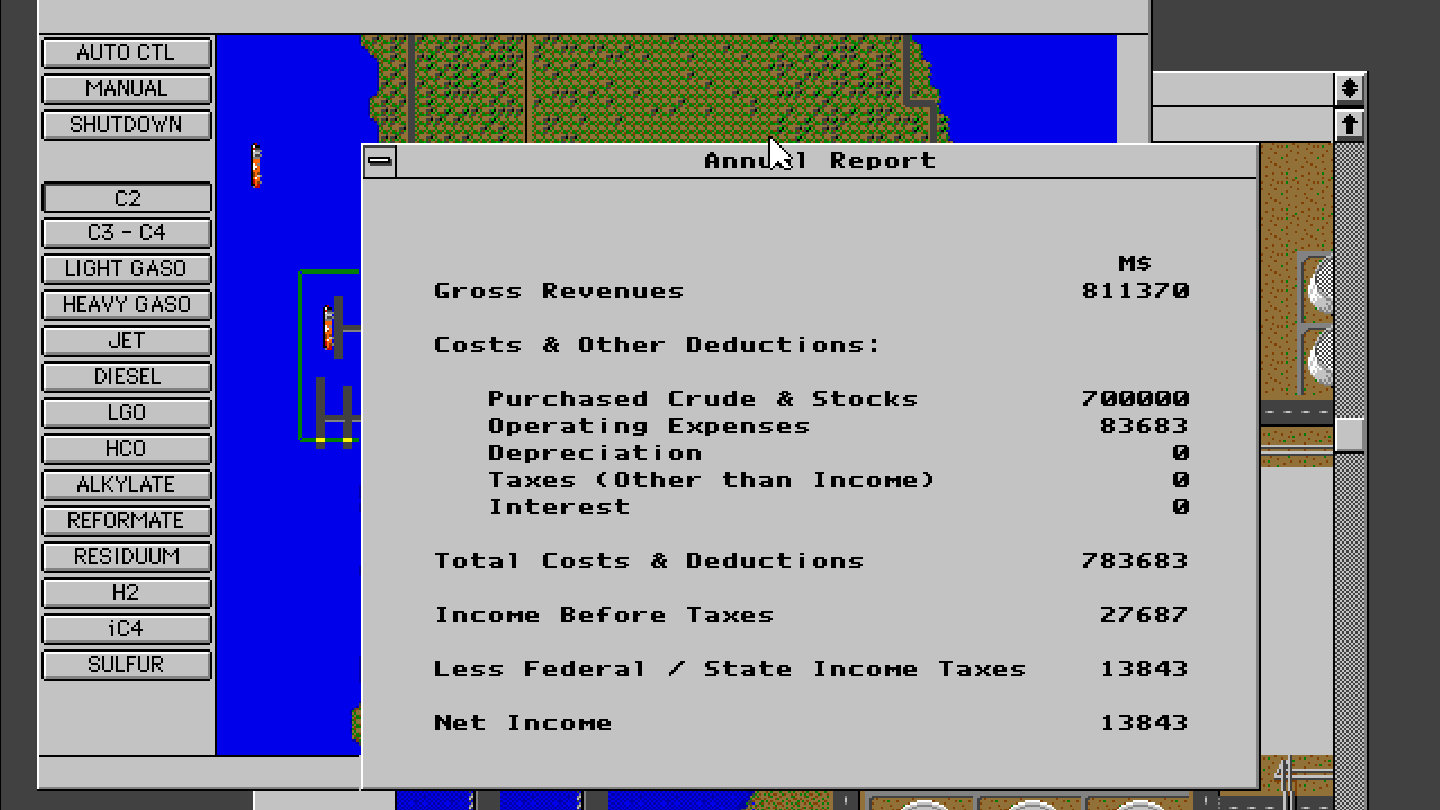 With help from postbebop, the pair managed to convert the physical SimRefinery floppy data into a digital edition. That version has since been uploaded to the Internet Archive, where it is now playable for free - either via download or through the Archive's browser-based DOS emulator.

Rather than meticulously recreating an entire refinery, SimRefinery worked by giving engineers a broader sandbox from which to think about their operations - much in the same way SimCity pushed players to think about civic management. The main objective is to "maximize the refinery’s long-term profitability", sure. Of course, being a Maxis game, things could still go catastrophically, explosively wrong. Failure's a good a learning too as any, right?

Chevron paid Maxis $75,000 for this prototype, and was seemingly received with positive reception. But despite those fond first impressions, and due to poor timing (arriving in a period of layoffs and downsizing), the game never saw widespread use within the firm. SimRefinery was one of only two games released by Maxis Business Simulations, followed up by SimHealth. The developers would break off from Maxis to form Thinking Tools - continuing their commission work for corporate clients, the military and the White House before finally shuttering in 1998.

For Maxis, the rest is history. But SimRefinery's revival provides a small - if extremely fiddly - look back at a piece of their past the developers have long left behind.