The next big Minecraft update will accomodate players who wish to abandon our blessed world and fully live in the Nether hell dimension, developers Mojang announced over the weekend. The Nether will be expanded with different biomes, including a guts-red forest and blue valleys of fossils, and new lifeforms will move in to support your accursed lifestyle. Who wouldn't want to feast upon hellhogs? Or try to gain the grudging tolerance of murderous pigfolk by wearing armour forged from the gold these heretics covet? No one good, that's for sure. If you choose to live in hell, you deserve it all.

Currently, the Nether's you can't do much more than make expeditions into. Reached through Nether portals built from obsidian, the dimension has monsters to fight, fortresses to raid, and a whole lot of lava to see, but not much to stick around for. You're even ejected from the Nether if you die there. That will all change with the Nether Update, Mojang revealed during their Minecon Live broadcast on the weekend.

"It will still not be easy to live there, but you can," Mojang's Agnes Larsson explained. "We want players to be able to have a base there. So for example, you can set your spawn in Nether, you can find food in Nether, but it's still a really dangerous place." 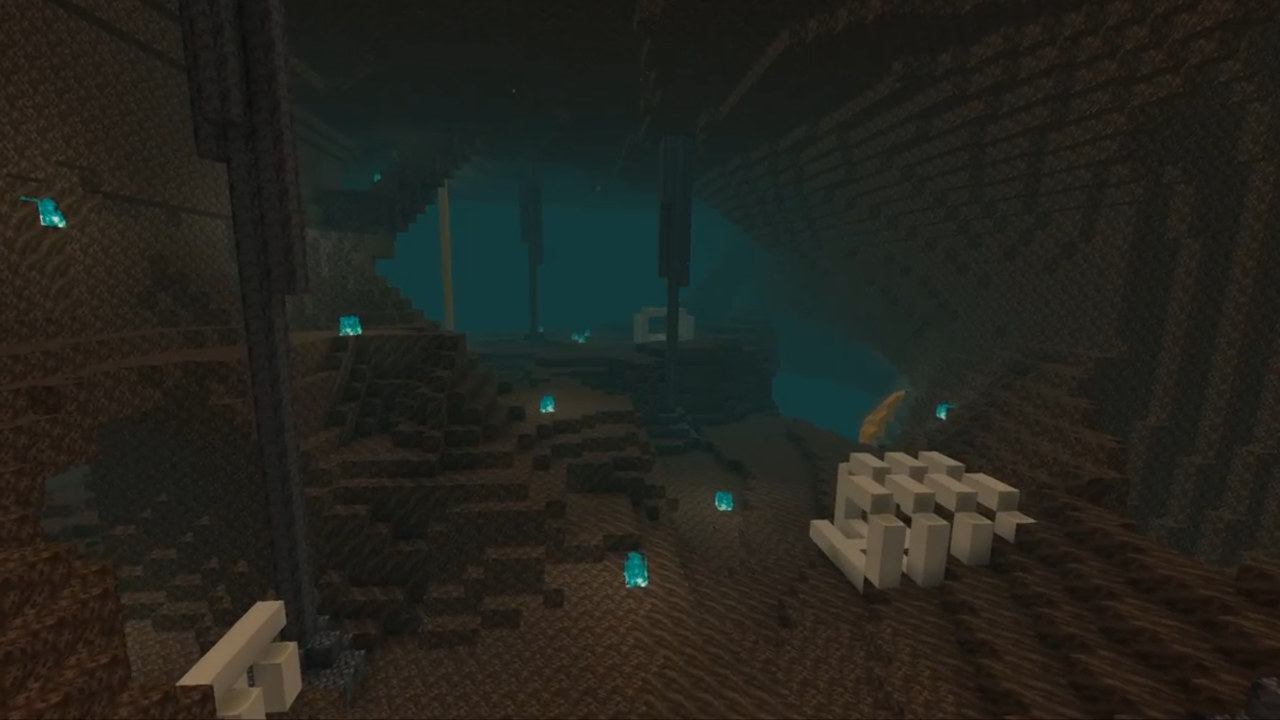 The Nether Update will introduce three new Nether biomes: the Soulsand Valley, a barren land of blue fog and giant fossils; the Netherwart Forest Red, with meaty trees and mist; and Netherwart Forest Blue, which is probably also horrible but looks nicer because it's blue. Lovely, lovely blue. Blue of the sea, the sky, the hellfog.

Helldwellers will be able to farm and eat the new Piglin Beasts (a name to be settled by a poll) and will need to deal with their Piglin masters. This new humanoid NPC species are pig people who are largely hostile but can be placated. They adore gold, see, so if you wear gold armour they'll tolerate your presence and barter with you. Otherwise, well, I imagine they'll try to murder you and steal your gold.

You can see all these additions in the archived event livestream:

No word yet on when exactly the Nether Update will launch.

They detailed a few other future additions too. A block of honey is coming with those new bees. And a new Target Block that will send a Redstone signal of varying strength dependant on how close you hit to the middle. I'm sure that'll find use in some fiendish machines.

Mojang are also returning to the idea of an in-person Minecraft event. MineCon started as a physical event in 2010 before becoming a livestreamed presentation from 2017, and now Mojang have announced Minecraft Festival, a three-day event in Orlando which sounds a fair bit like ye olde MineCon. Branding, eh?

See the announcement blog post for the full blastorama.