Dragon-botherers with a few gigabytes of space and VRAM spare get to see Monster Hunter: World's land of angry lizard-hurting in sharper focus today. Capcom have rolled out an update for the game, along with a free, optional high-res texture pack that more than doubles the game's installation size. It's a hefty thirty gigabyte download and will happily wolf down six gigabytes of VRAM (though it recommends having eight), but it does make the game's many suits of ornate armour look cleaner and shinier. It thankfully has a negligible impact on in-game performance.

After playing around a bit with the new high res textures, I can confirm that they make a difference, albeit one that's likely to be more pronounced if you're running at 4k resolution or close to it. The game's video options menu now contains a handy VRAM usage bar, letting you know how much your current settings require. For 4k with everything maxed, you're looking at close to eight gigabytes needed. For me at 1080p resolution with volumetrics and LOD set to Variable and all else at max (giving me a slick 60+ FPS on my GTX 1070-powered laptop) I only need six gig. 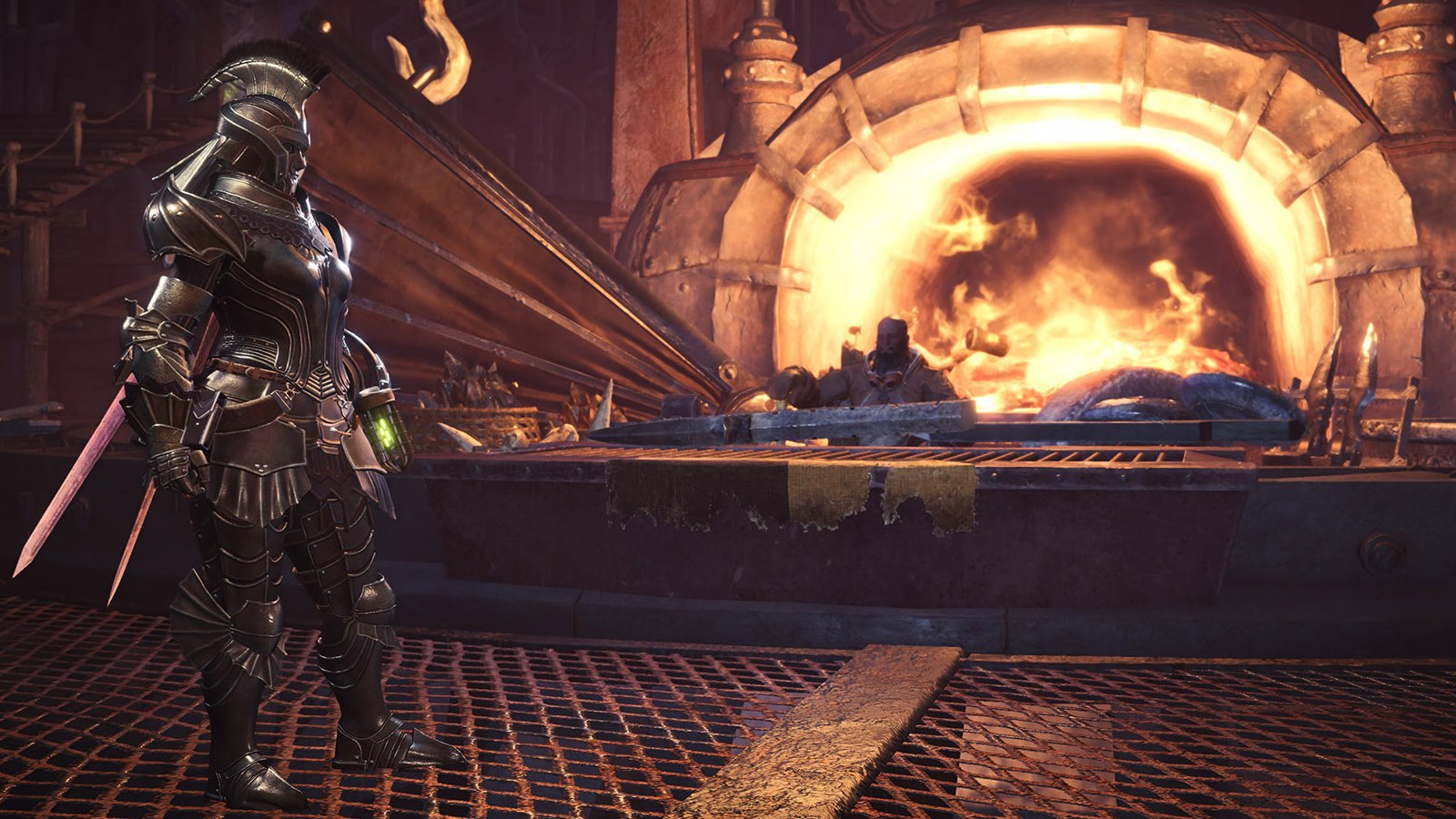 Accompanying the HD pack is a small but meaningful patch, adding a new TAA+FXAA anti-aliasing mode. While I need to test more, I feel it improved the look of MH:W's transparency effects. There's a few quality of life improvements too, like the Take All post-hunt option giving you an itemised list of all the things you took. There's a new mouse targeting mode that should give more control over locking onto body parts, and camera control can now be bound to the keyboard. Lastly there's a 'Friends can join' option when hosting a private game, making playing with pals easier.

You can see the full patch notes for today's Monster Hunter: World update here on Steam, and grab the High Resolution Texture Pack here. Also check out the game's full DLC list, as there's been a bunch of cosmetic goodies released free since launch. There's still no word on when The Witcher crossover event hits PC.