"There's a few things I hope to accomplish here," said Cameron G, a Sydney-based graphic designer behind the fundraiser to buy an advert on the billboard outside the Guilford office of Hello Games. "I want Hello Games to feel appreciated for their dedication and achievement with No Man's Sky. I want to raise money to donate to the Sydney Children's Hospital. I want to show all the big developers out there what a good developer, a good game and healthy community look like."

The fundraiser--simply titled 'Thank you Hello Games'--was initially planned to cover the billboard as well as lunch and beer for the team. After smashing the initial target of $1750 (about £1400), the goal has been increased to $6,000 (£4800-ish), with the extra funds going to the Sydney Children's Hospitals Foundation in the form of games and consoles.

"I've been playing No Man's Sky from day one," Cameron told me over e-mail. "I actually missed all the negative press and thought it was a masterpiece straight away."

Even as an early fan, Cameron's own favourite experience with the game came after the Next update, he tells me, as it allowed him to explore Hello Games' giant procedural universe with his brother and a few mates, developing their discovered planets with the updated base editor.

"I want to bring these shared gaming experiences to sick children," says Cameron.

As well as the heartfelt thanks and the address of No Man's Sky Reddit forum, the billboard features the stretchy-armed 'gib' (give) emote. 'Gib' has become something of a mascot on the game's sub, where the idea for the billboard first started. Here is famous meme and possibly-some-other-stuff star Drake expressing his appreciation of the covetous jelly. 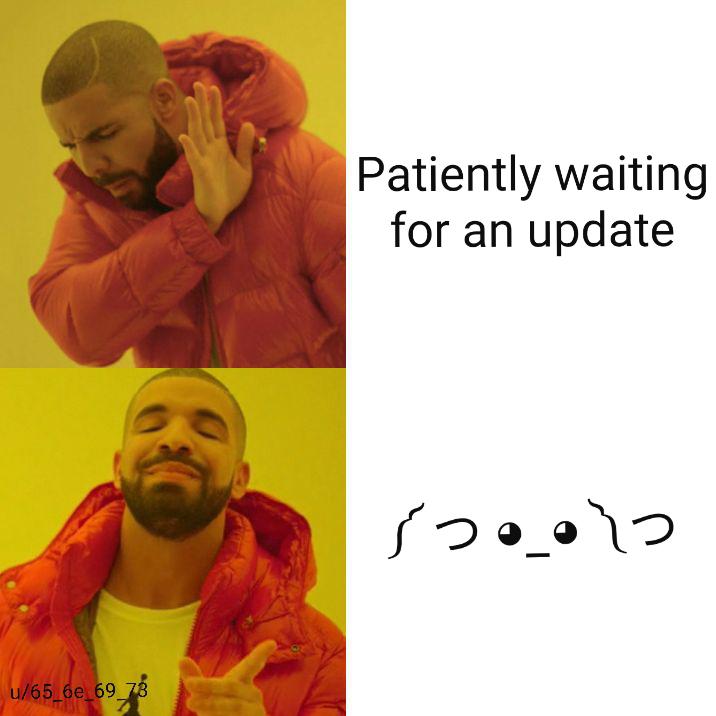 "Gamers are a huge demographic in today's society, it would be good to see more and more positive movements coming from gamers, especially through platforms like Reddit," Cameron told me.

Awareness around the billboard campaign blew up when Hello Games co-founder Sean Murray tweeted about it last week. The topmost comment when I click that link just says "Wholesome as hell." No additional words seem necessary.