Today's the day that Microsoft's DirectX ray tracing tech (or DXR for short) arrives on Nvidia's GeForce GTX 10-series and 16-series graphics cards. First announced three weeks ago, Nvidia's latest Game Ready driver, out today, will allow everyone with a 6GB GTX 1060 upwards to take advantage of all the shiny shadow and reflection enhancements in games such as Metro Exodus, Battlefield V and Shadow of the Tomb Raider currently only enjoyed by their RTX cousins.

The big question, though, is whether DXR will end up nuking these cards' performance without the aid of proper RT (or ray tracing) Cores found on Nvidia's RTX GPUs. I'll be testing this out myself very shortly, but to help give you an early idea of what to expect, Nvidia have released some handy performance graphs. Let's take a look.

In a briefing held earlier today, Nvidia were keen to stress how the performance hit of adding DXR to the mix can vary wildly between different titles. Some ray tracing-enabled games, for example, use lighter ray tracing techniques, such as the reflections in Battlefield V and the shadows in Shadow of the Tomb Raider, while others turn it up to eleven with every advanced shadow / reflection technique going. Those are your Metro Exoduses and Atomic Hearts. As a result, lighter DXR games will naturally work better with lower-end GTX graphics cards, and heavier DXR games will likely be completely unplayable.

You can see from the header up the top there which techniques are being used by current ray tracing-enabled games. Below, you'll see how complicated that is in practice. The more a game has to bounce those light rays around a scene, the more intensive the ray tracing workload is going to be. 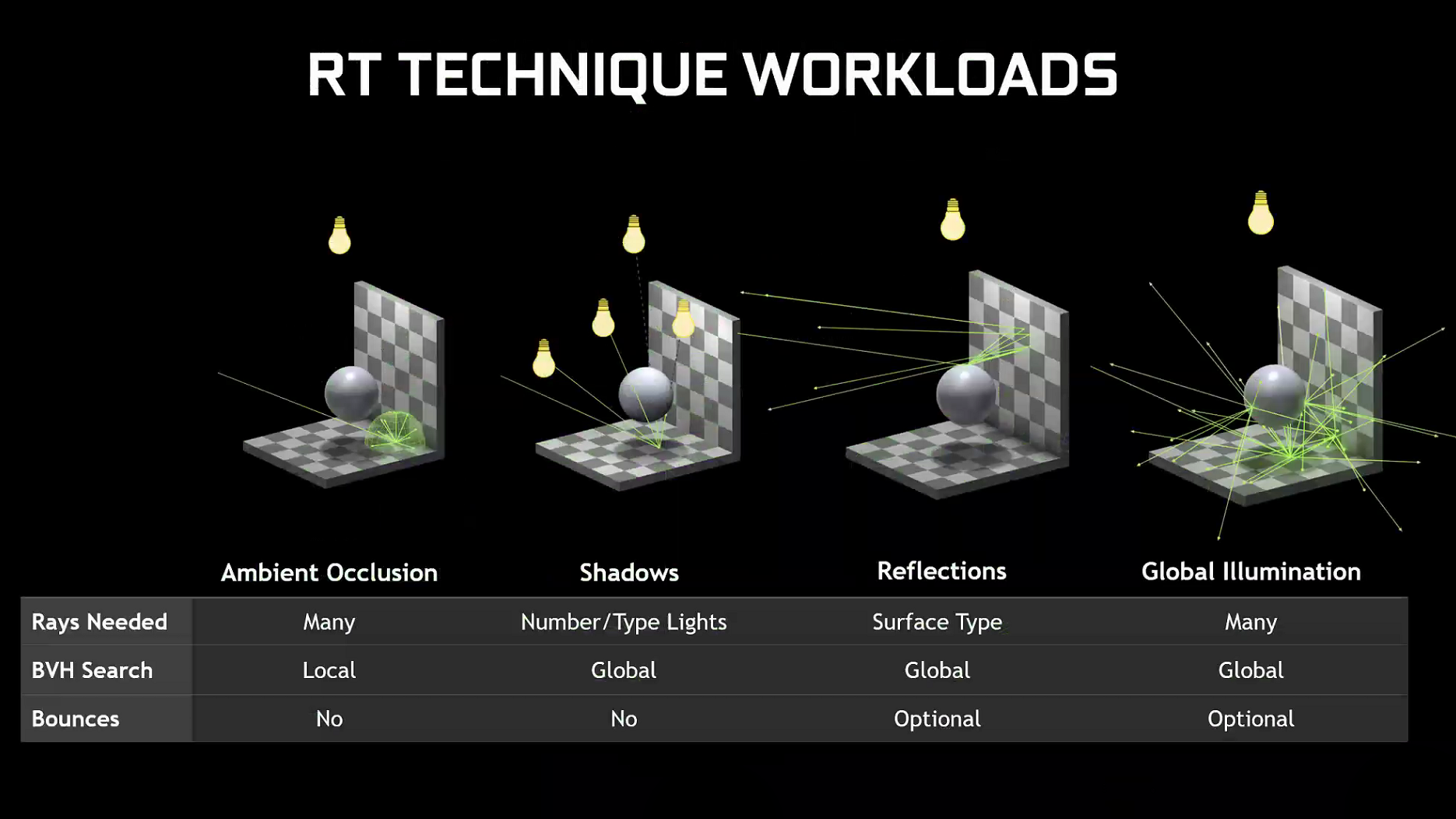 But enough about how ray tracing works. You're here for those juicy graphs. Unhelpfully, all of Nvidia's graphs are for 2560x1440 performance on High or Ultra settings - something they themselves previously warned simply wouldn't be possible on a GTX card when they first announced this actually happening. Plus, they've done all their tests with one of Intel's super powerful Core i9-7900X processors, which simply isn't representative of what most of us normal people actually have in their PCs.

So straight off the bat, then, none of this information is going to be particularly useful, especially when it comes to determining real-world performance at vaguely playable settings. However, there are still a few interesting things to note here, namely how well our current best graphics card for 1080p winner, the GTX 1660 Ti, compares with Nvidia's much more expensive GTX 1080. 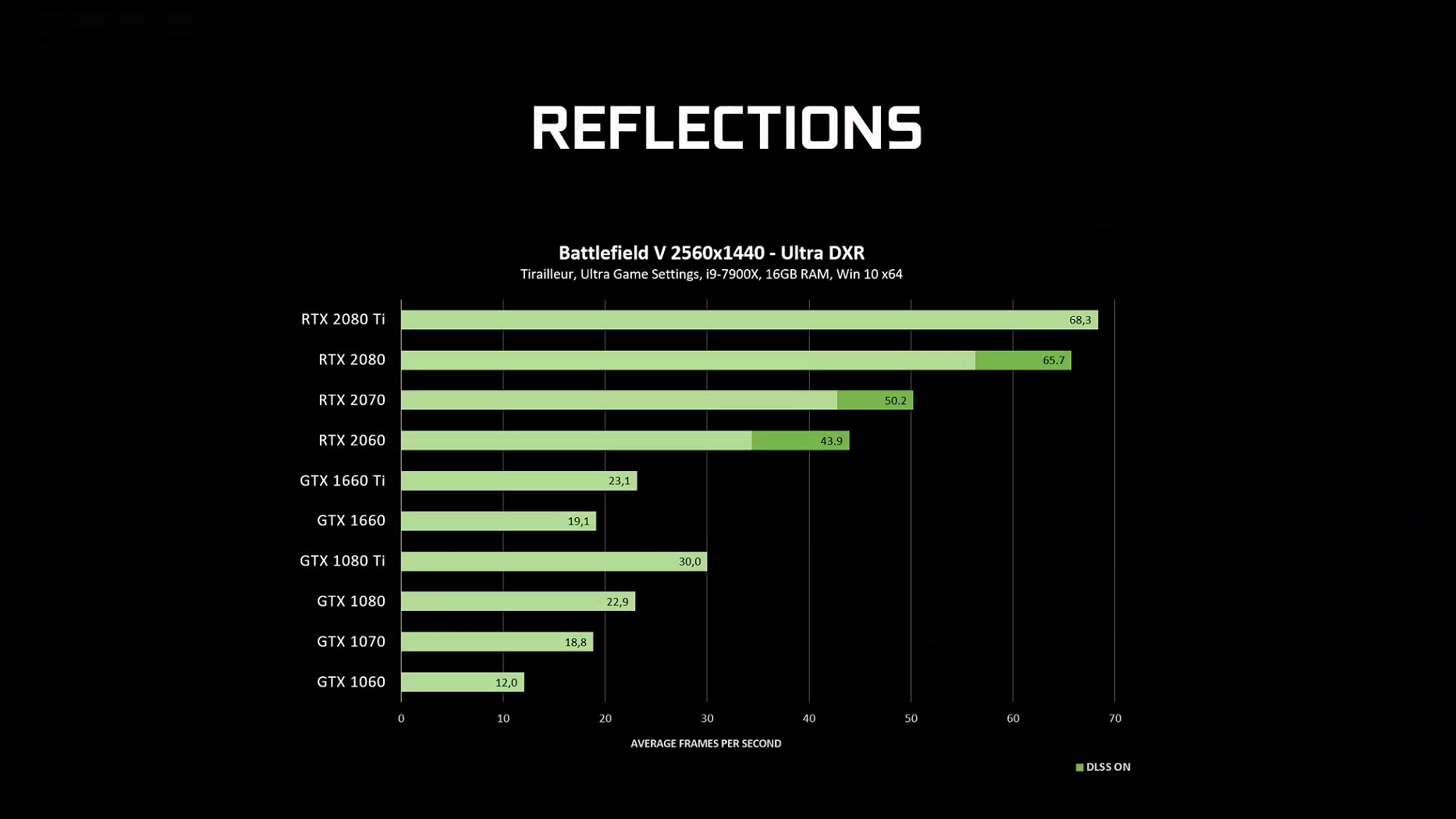 In Battlefield V, for example (above, click to enlarge), the GTX 1660 Ti is actually neck-and-neck with the GTX 1080, as is the GTX 1660 with the GTX 1070. That's pretty impressive considering how much cheaper the GTX 16-series cards are, and just goes to show how much work their Turing GPU's putting in despite the absence of proper RT cores. 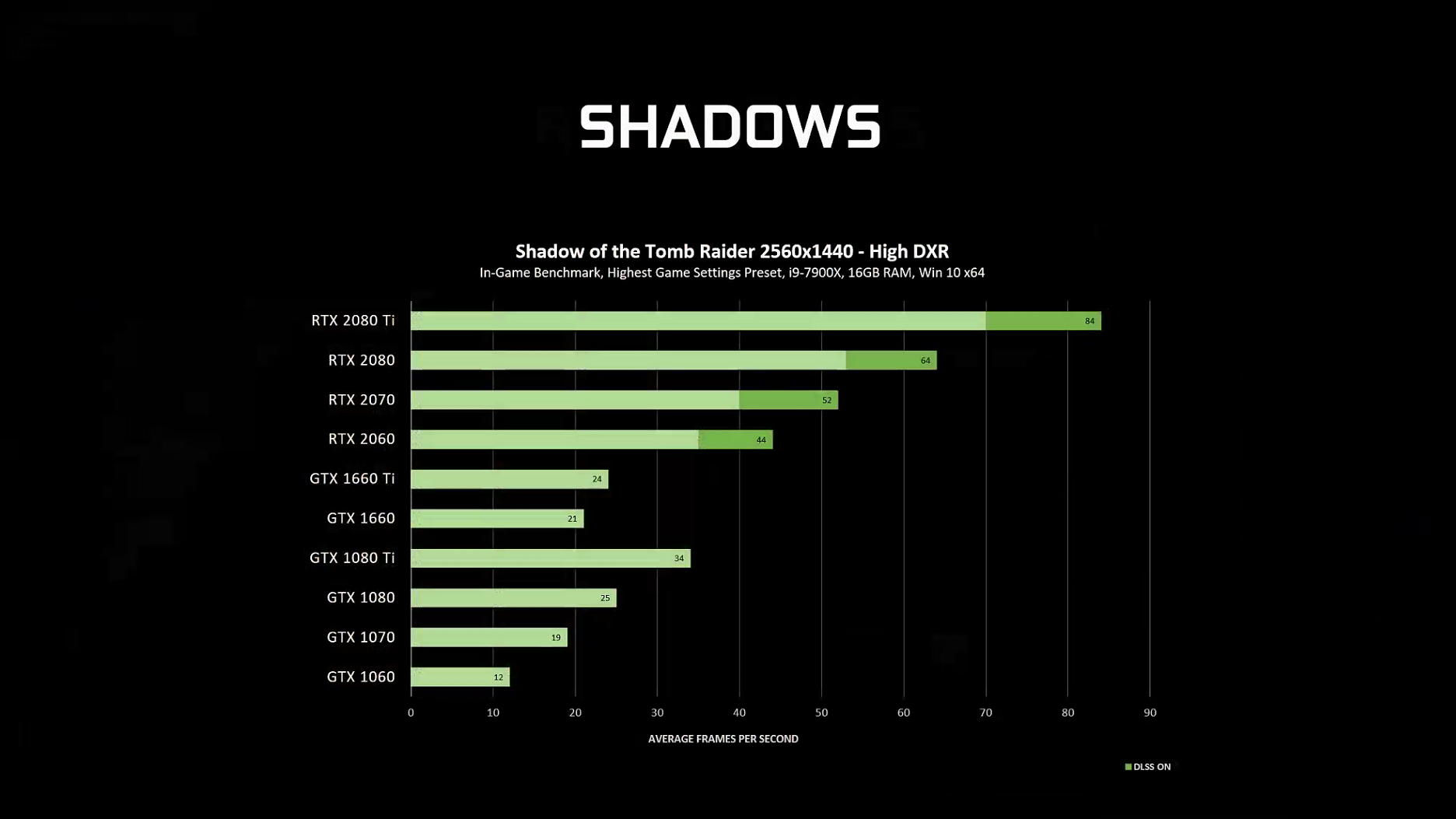 The same goes for Shadow of the Tomb Raider, where both sets of cards are once again pretty much producing nigh-on identical speeds. Of course, only the GTX 1080 Ti is even vaguely playable on these settings, but it bodes well for the kind of performance new GTX 16-series owners can expect to see at 1920x1080 on slightly lower quality settings compared to their "more powerful" 10-series counterparts. 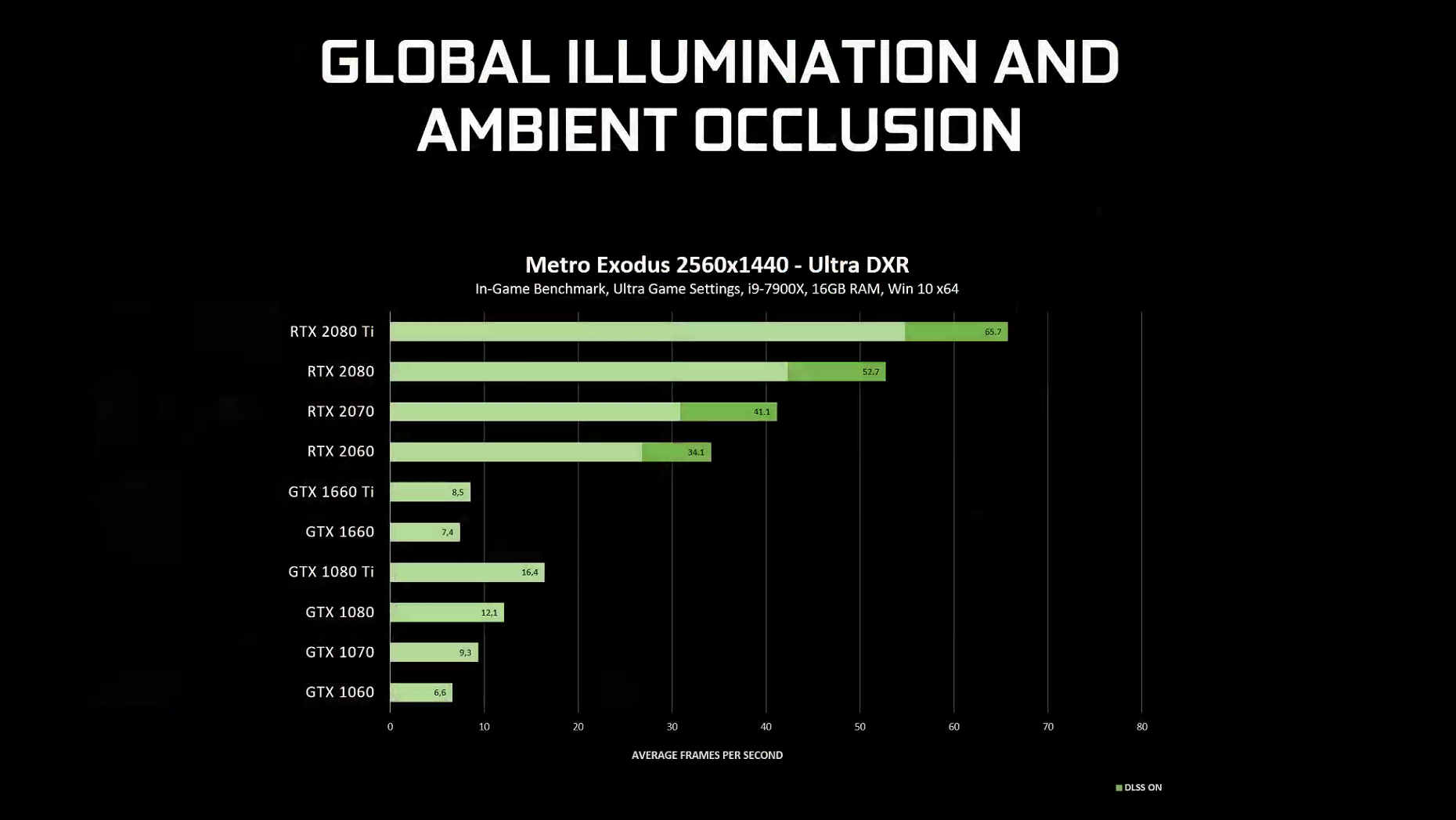 There will still be some games, however, such as Metro Exodus, where those top-end 10-series cards trump all, as you can see in the graph above. Sure, it's still not playable on these frankly mad settings, but it will almost certainly stand you in better stead than either the GTX 1660 or GTX 1660 Ti once you dial the settings back a bit.

As I said above, I'll be testing these games out to bring you some proper performance analysis very soon, but for now, it looks like it's going to be pretty good news for GTX 1660 and GTX 1660 Ti owners.