There's just one week to go until Nvidia ends their Ultimate Countdown campaign in the run-up to the launch of their next-gen Nvidia Ampere cards, but it would appear that the top graphics card in their new RTX 3000 family, the supposed RTX 3090, has already been snapped in the wild - and it's positively monstrous to boot.

The leaked images emerged on Twitter over the weekend from a cloud security researcher called @GarnetSunset, where they handily included the existing RTX 2080 for scale. And man alive, just look at the size of that thing. As the tweet below states, the RTX 3090 will likely be a triple-slot GPU rather than the usual two, although its apparent price of $2000 was quickly revised down to (a still eye-watering) $1400 in a later tweet.

As we've previously reported, it's largely believed that the RTX 3090 will effectively be the new Titan-class GPU in Nvidia's next-gen Ampere line-up, so in some respects, its enormous size and equally enormous price aren't that surprising. Indeed, Nvidia's existing RTX Titan card launched at an even more extortionate $2499 when it came out in December 2018, so even the RTX 3090's initial $2000 price would have been considered an improvement.

I mean, @GarnetSunset doesn't exactly state where they acquired their information, so it could all be a load of nonsense cooked up to rile the bowels of the internet. We won't know for sure until Nvidia's September 1st GeForce event next week, where it's largely expected Nvidia will reveal their full Ampere RTX 3000 line-up.

Pricing aside, the leaked pictures do look as those they confirm some of the earlier rumours about Nvidia's RTX 3000 cards, namely its rather unusual dual-sided fan design of its cooling shroud. While the leaked RTX 3090 above doesn't have the same fetching shade of blue as the previously leaked RTX 3080, it still has fans on the top and bottom of the graphics card, and a similar array of cooling blades.

What the images don't confirm is the other long-standing rumour about Nvidia's RTX 3000 cards, and that's whether they'll require a new 12-pin power connector. This has also been doing the rounds online for a while now, and would be quite the sea change from the existing 8-pin connectors used in current-gen graphics cards.

Alas, it also looks there's some truth to this one, too, thanks to some new images that have emerged from PSU manufacturer Seasonic. First reported by German website HardwareLuxx, it looks like Seasonic are currently making adapter kits that will turn existing 8-pin connectors into a new 12-pin connector. 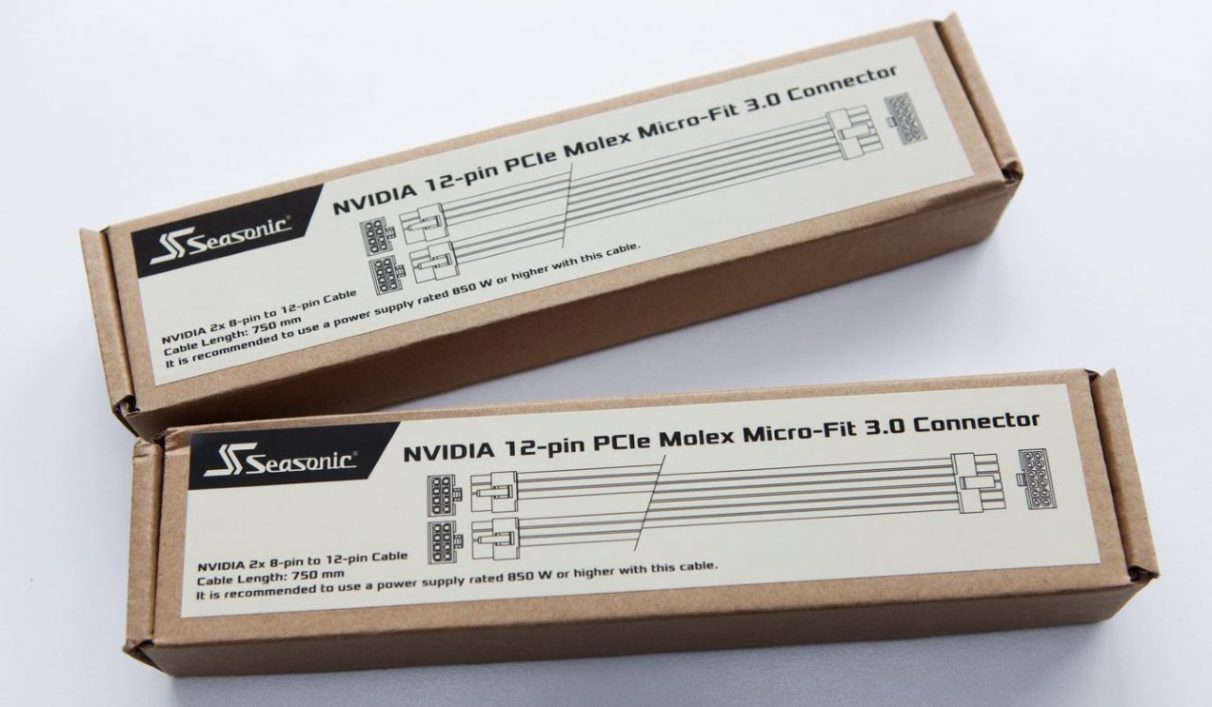 At the moment, it's not clear whether this new power connection will be used on all Nvidia RTX 3000 graphics cards, including third-party GPUs, or whether it will be a unique feature of Nvidia's Founders Edition cards. HardwareLuxx didn't have any answers for this, and we probably won't find out for sure until Nvidia's big GeForce event next week.

Either way, the pictures certainly look pretty legit, so it would probably be wise to hold off building that new, next-gen PC you've got in mind until we know for certain. After all, it wouldn't do to buy an expensive power supply only for it to be immediately defunct when you get it, although at least adapter kits like this might help to bridge the gap for those of us who don't need a whole new PSU right now.

With any luck, all will be confirmed on September 1st, so watch this space.