One of Destiny 2's most coveted weapons, a deceptively small grenade launcher named The Mountaintop, today became a whole lot less frustrating to earn. The Mountaintop is one of the most powerful weapons in the MMOFPS at the moment across both PvE and PvP but it's locked behind a long PvP quest involving grinding out hundreds of grenade kills. No more! Bungie have massively cut The Mountaintop's quest requirements, and the same for unlocking the Wendigo GL3 grenade launcher.

Today's update also starts a week-long community challenge, offering players a special emblem if they help grind out a whole lot of murder on Mars.

The Mountaintop is a stupidly good wee grenade launcher, dealing loads of damage with grenades fired on a straight trajectory more like a rocket launcher. It can one-hit-kill in PvP, it trashes both large groups and large enemies in PvE, and it does a number on raid bosses when boosted by autoreload abilities like Rally Barricade. Other weapons edge out The Mountaintop in specific situations but it's a phenomenally good all-rounder. It's fun, too!

The Mountaintop is also a real grind to unlock. The most frustrating quest step demands a huge number of grenade launcher kills in PvP: 750 GL kills, 200 GL double-kills, and 100 'Calculated Trajectory' medals earned by killing three people in one life with GLs. Given that most grenade launchers are kinda bad in PvP or reliant on the limited (and hotly contested) Power Ammo spawns, this is slow and not fun. Heck, even with The Mountaintop itself I'd find it tiring to score that many kills.

With today's patch, those requirements go way down. It's now 75 double-kills and 25 Calculated Trajectory medals, and the multiplier from kills in Competitive has gone from double to triple. That's still a climb but doesn't feel spiteful like it once did. 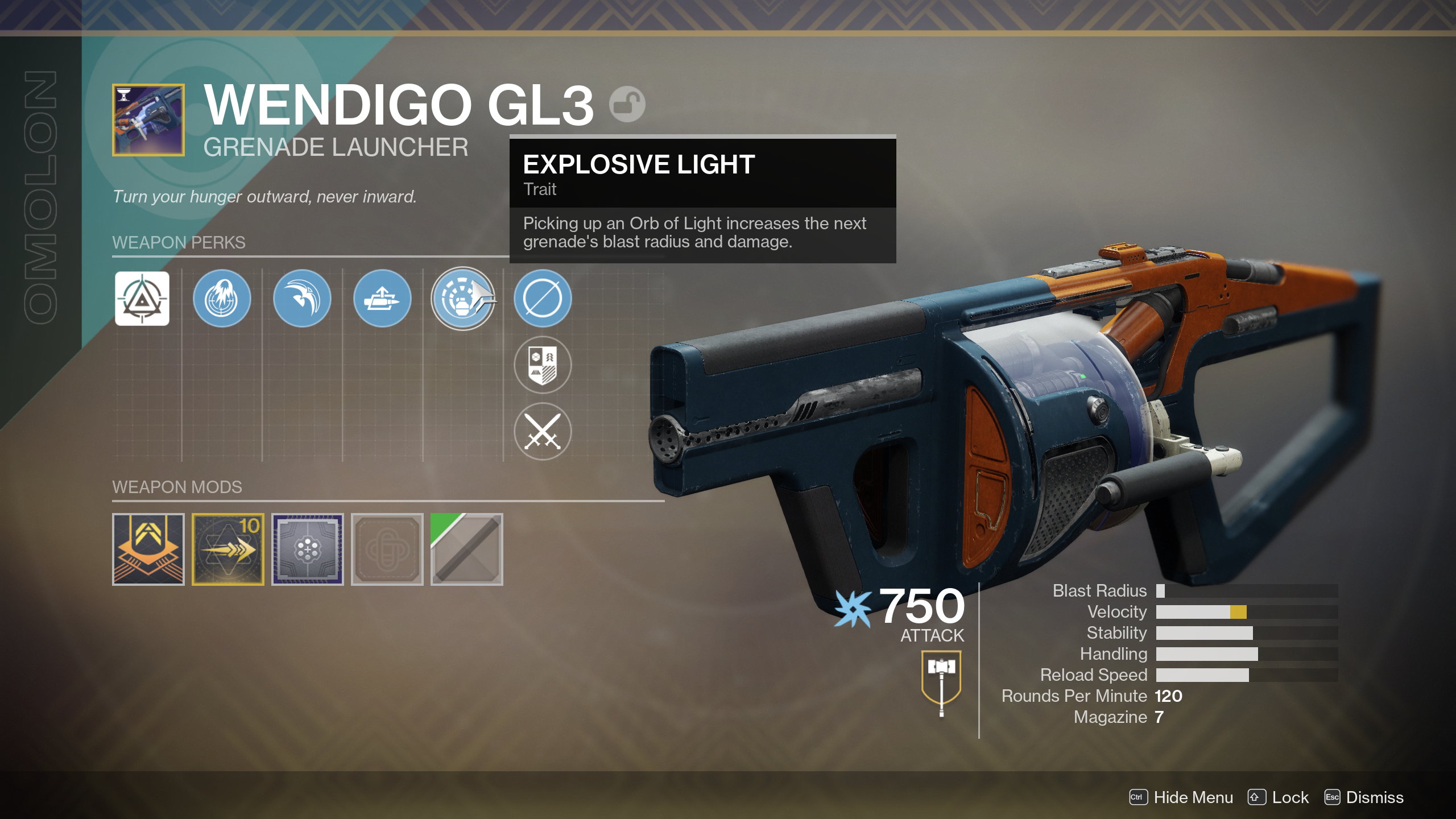 Bungie have similarly massively cut the number of grenade kills in Strikes required to get this season's pinnacle Vanguard weapon, the Wendigo GL3. It's no Mountaintop but it's still pretty good. And now Bungie have boosted progress on its objectives by 50-100%.

Having unlocked both Mountaintop and Wendigo the hard way myself, I am not remotely bitter about these changes. I feel huge relief for people being spared the grind, you lucky dogs. And given how important The Mountaintop is to the current PvE meta, it's good that monstermashers who dislike PvP but want/need it face less of a chore.

See the v2.5.2.2 patch notes for more specifics on changes to both these quests.

Also, good news: the inventory stack size cap has gone from 999 to 9999 for planetary and gunsmith materials as well as Vanguard, Crucible, and Iron Banner tokens. Odds of getting Reckoning weapons are better now too.

Should we hit those, Bungie will start increasing rewards from Menagerie mode. The final chest will start paying out two items, and that will increase by one each Friday until the end of the season. That sounds good. I gave up on Menagerie after Bungie fixed the bug that let us open the chest multiple times per run, and this is frankly long-overdue. Rather than make people play more Menagerie, I suspect that 'fix' made many outright stop. I myself gave up after it became too tedious to grind through for my dream rolls, too much time for too little reward.

If we make it, Bungie will also give a nifty exclusive emblem to folks who played at least one Nightfall this week:

Yeah, that's not bad. Not as nice as the Dreaming City's cat emblem, but what is?

This event isn't hugely exciting but I suppose is something to keep people occupied now that this season is drawing on longer than planned, thanks to the Shadowkeep expansion and accompanying free-to-play relaunch being delayed into October.