Things are really hotting up in this year's communal Combat Mission clash. During the weekend, the British stopped probing and began pushing. When the clock froze yesterday, our Pak 38 AT gun had a Cromwell's rump in its sights, the Hetzer was disentangling itself from a dispiriting duel with a Churchill, and our off-map mortar battery was doing its best to break up a worrying enemy infantry concentration in the centre of the map. 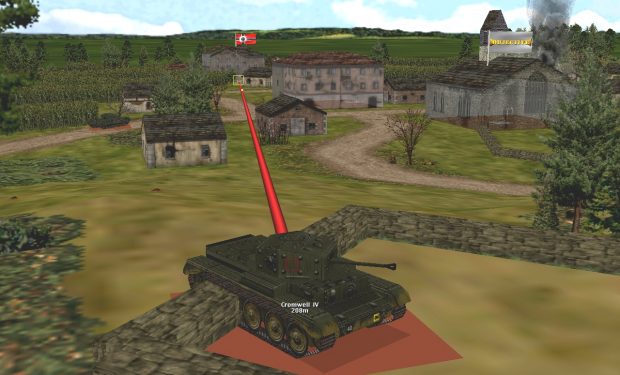 The cavalier Cromwell ceases to be a threat three seconds into Turn 10. The Pak 38 crew have just finished reloading after firing the AP shell that lanced its turret, when a new target appears in the road at the foot of the hill. 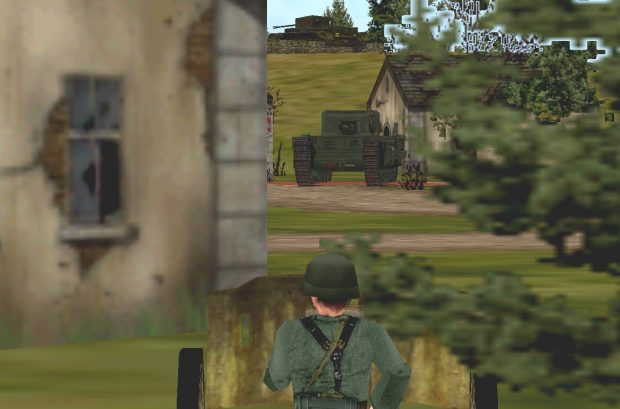 Made of sterner stuff than its culled comrade, the Churchill VII shrugs off a flank hull hit before wheeling left to face its assailant. 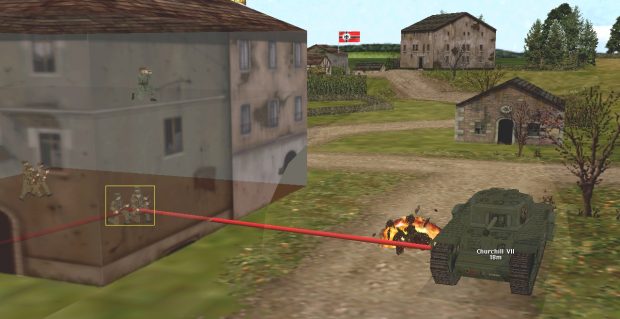 Moments after a second Pak projectile fails to penetrate, one of the ambushing pioneers in the hotel has a go with a Panzerfaust. Again the Churchill emerges unscathed. 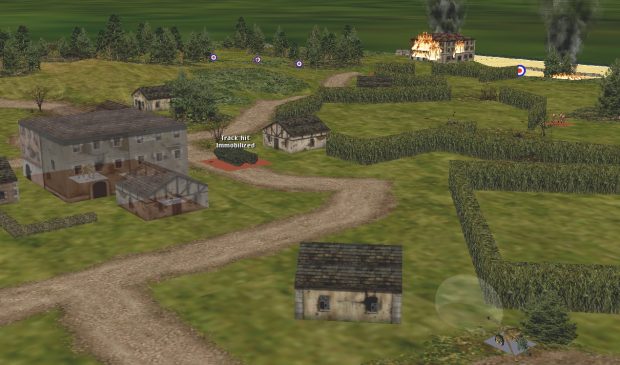 Our luck changes at T+27 seconds. The AT gun's third shot clobbers a caterpillar track, leaving the ponderous Allied MBT immobilised in demo charge range of the pioneers. Finish it, Stein! Finish it!

Shrapnel from an HE round cuts down one of the five Pak crewmen. Bursts of hull and coax MG fire peck viciously at the weapon's curved gun shield. The Churchill might be static but it's still very dangerous. 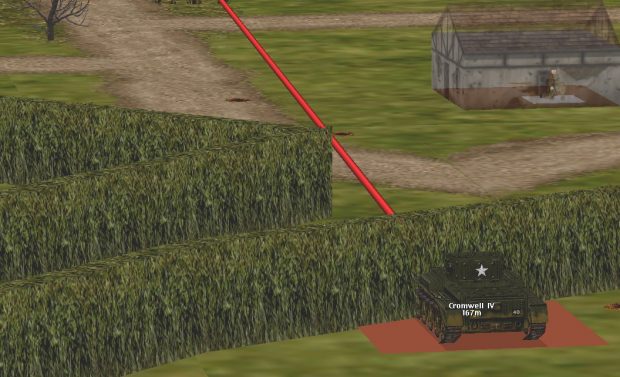 And, gosh, we've now got two British bruisers on our doorstep. The western Cromwell has just barged through the bocage at i18 and is taking aim at the repositioning Hetzer.

Hopes raised by the unmistakeable sound of a demo charge explosion prove ephemeral. The blast generates no cheering hit text. Somehow Stein's squad have failed to top the crippled Churchill with the first of their HE bundles. 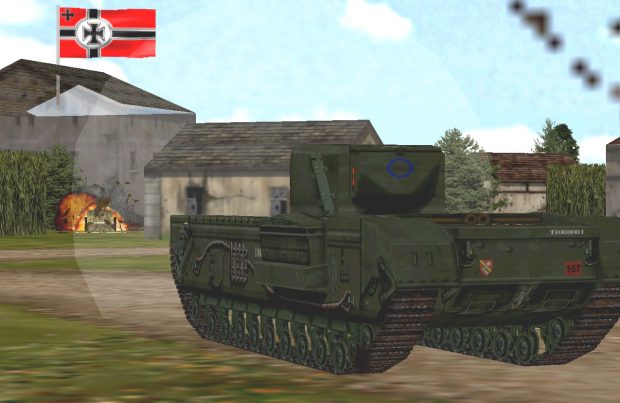 And the failure costs our AT gun dear. 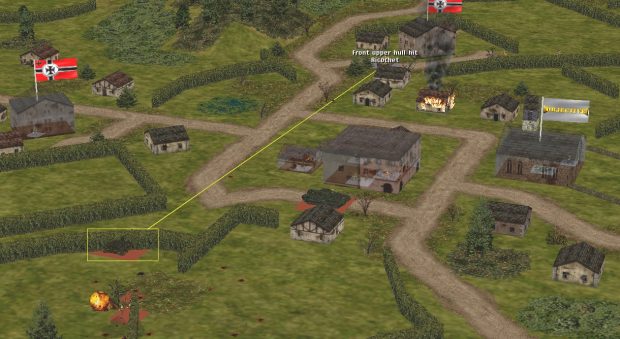 The Cromwell scores an inconsequential hit on the taking-aim Hetzer. 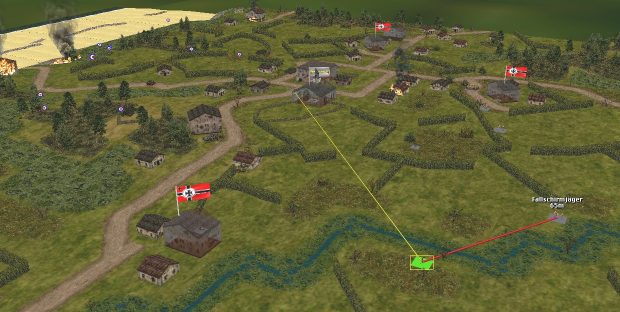 Running low on ammo, the LMG stops firing at the US paras (who seem to have their hands full dealing with Wodtke and one of the Green Devil squads). 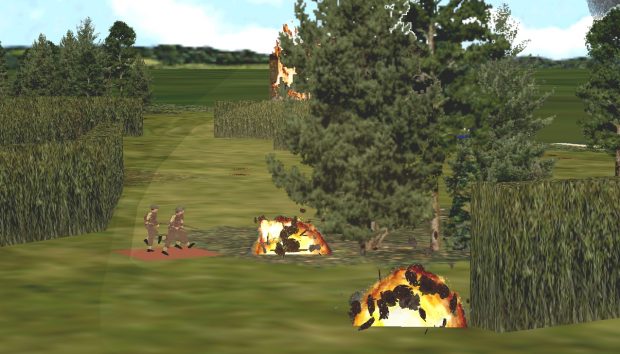 Imhof's mortars continue to cause havoc in the centre of the map (Last turn's target adjustment was perfectly judged).

The Wasp approaches the village along the central lane and there's concerning signs of British infantry activity in both west wood and the woods near the hilltop ruin (r17). 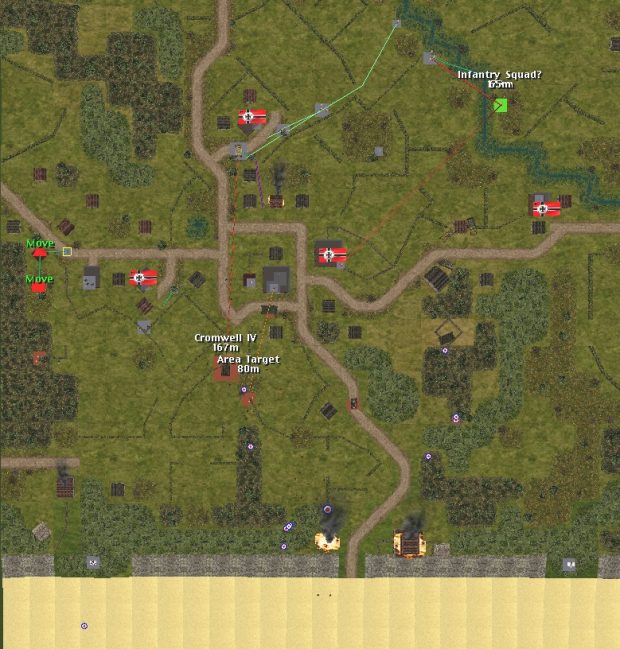