During yesterday's minute of mayhem the unsporting Brits sprung an aerial surprise on the Comment Commanders. A Hawker hoodlum rustled treetops with its slipstream and slew Soldaten with its bomb load. As the Tiffy was probably after our precious Hetzer tank destroyer, there's a chance it will return for a second attempt before Overlordy is over.

(Overlordy is a 20-turn, open-to-all game of Combat Mission: Beyond Overlord in which German forces are orchestrated by commenters while British units are computer controlled. For a scenario outline and summaries of earlier turns, click here). 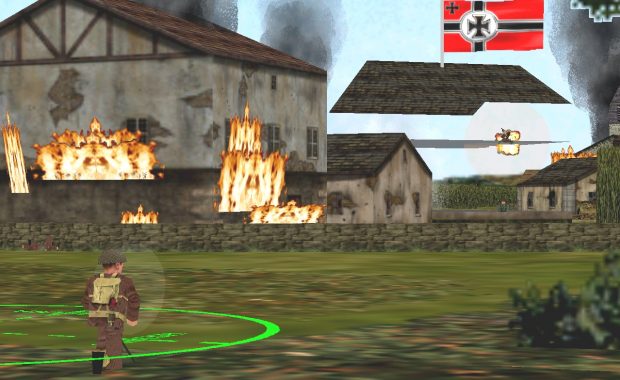 Turn 18 begins relatively quietly. Apart from the regular coughs of an infantry mortar and the irregular barks of various rifles, SMGs, and pistols, Caent is positively sleepy until Brenner begins his reversing manoeuvre circa T+10 seconds. 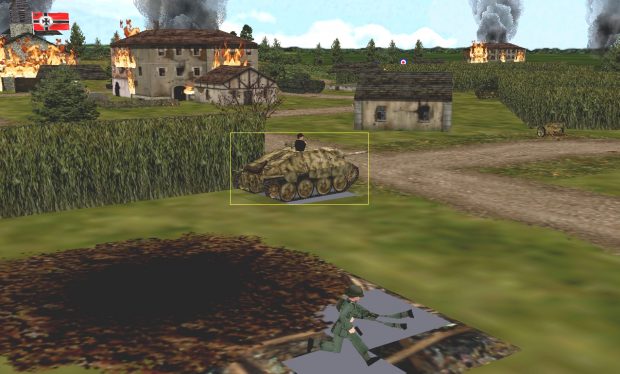 At approximately T+30 the Hetzer's burbling Praga 6 petrol engine finds itself duetting with a throatier power plant - a Napier Sabre in full spate.

The Typhoon is back.

Streaking in from the SE, the RAF raider dispenses cannon shells rather than bombs during this pass. The refugees from d21 huddle in terror as, all around them, 20mm Hispano rounds powder bricks, splinter wood and spark steel. Either too slow to button or too bloody-minded, Brenner endures the attack with his head above the cupola.

Once again mediocre marksmanship and bad/good luck mean the Tiffy departs disappointed. Apart from some superficial damage to its tracks and road wheels, our Hetzer is unharmed.

The second half of the turn goes well for the bakery defenders, not so well for the Fallschirmjäger squad occupying the 'light building' next to the KOed Stuart. 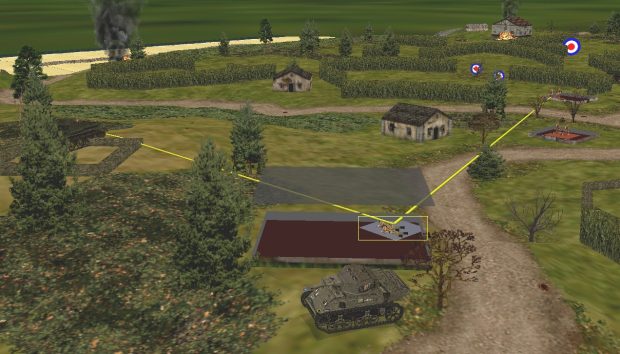 Nerbul's lads ravage a squad of Tommy riflemen who choose to bee-line for the bakery from west wood... 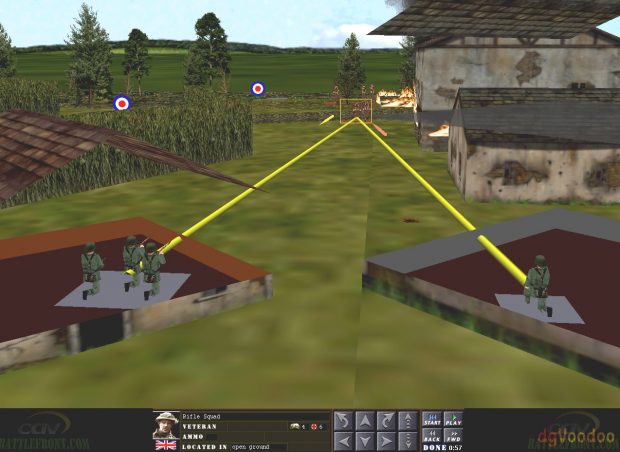 Schulmeister loses two paratroopers in as many seconds to enemies firing from k19 and q18...

The battlefield looks like this when the clock stops: 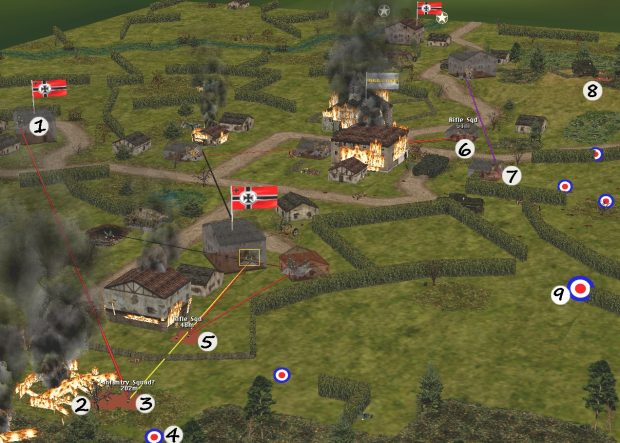 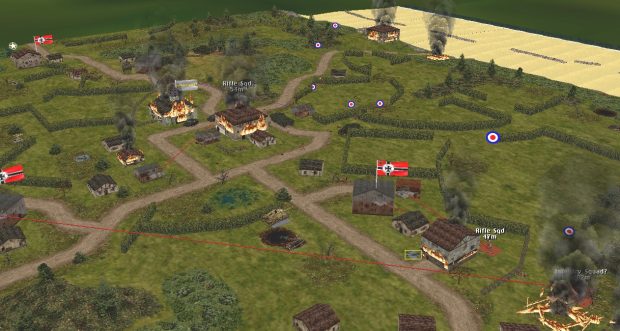 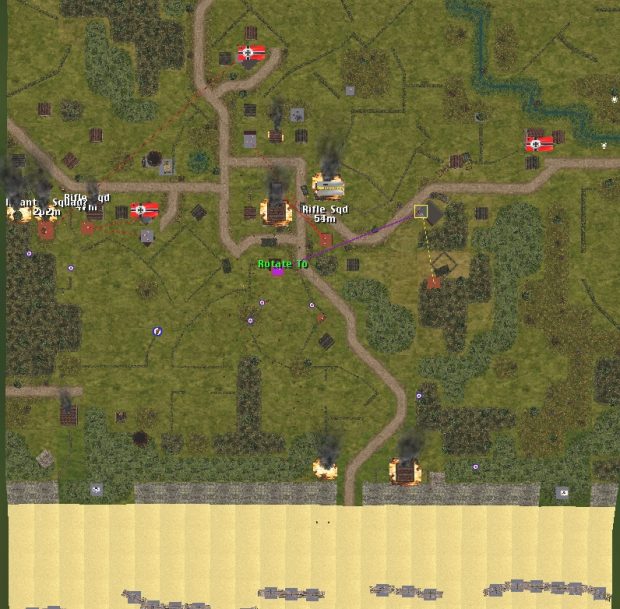