If you click on a link and make a purchase we may receive a small commission. Read our editorial policy.
This is the last entry in Overthinking Games, a column that gave Malindy Hetfeld room to take something about a game and think about it too much. Today, she's looked at how realistic the prosthetic in Sekiro: Shadows Die Twice is.

While I was playing Sekiro: Shadows Die Twice, I thought out loud, “Man, do I have a lot of questions about surgery in feudal Japan.” Less about how you operate on a man so that he wakes up and suddenly finds himself with a prosthetic, having remained peacefully unconscious throughout the entire procedure, and more about how feasible the shinobi prosthetic in Sekiro really is. Thankfully I have a place to ponder all these questions.

Sekiro features some gigantic mythical creatures, so clearly no one would bat an eyelash at a shinobi with a prosthetic arm. At first I thought that certain prosthetic tools are likely beyond the realm of ancient surgery, almost in the same way I’m still waiting for trousers with Guybrush Threepwood’s bottomless pockets, but it turns out that due to the way they are attached and the detail work on the arm itself working versions of them are astoundingly easy to imagine.

Prosthetic limbs, both functional and non-functional, have existed since before Christ. They started out simply as a way instil people with a sense of wholeness after having lost part of themselves. The earliest functional prosthetics we’ve found so far are from Ancient Egypt. This three thousand year old wooden big toe was probably made for function rather than form, because the big toe is surprisingly vital. Simply having a new toe is enough to restore your balance.

An arm made of wood and string in feudal Japan is a completely feasible idea in itself, as combat-ready arm and hand prosthetics have been around since the 1500s. At that time, German mercenary Götz von Berlichingen commissioned a prosthetic right hand that allowed him to grasp and release objects by tightening and releasing individual fingers, and a spring loaded system to lock them in place. 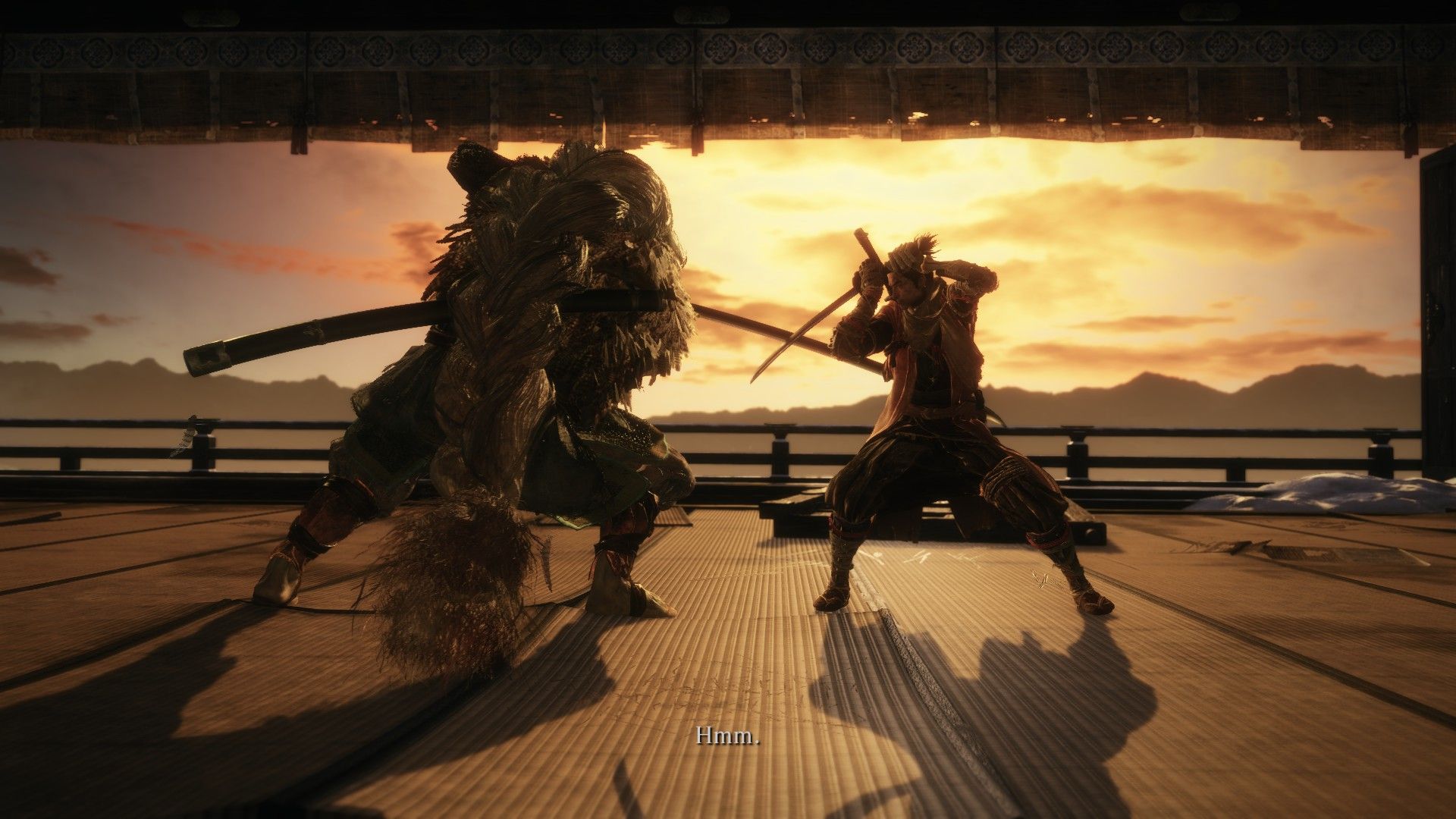 Judging by key art, The Lone Wolf in Sekiro powers his arm by spring mechanism that uses a coil of string to tighten and release movement across the entire arm, as well as a miniature, adapted version on the back of his hand for individual fingers. Fans and Reddit users have been designing new prosthetic weapons for The Lone Wolf, with one nothing that it looks like the fingers have channels connecting the rope to the spring housing on the back of the hand (something you can see more clearly in this physical cosplay version).

A piece of wood on the Wolf’s prosthetic has been shaped like the radius bone, and instead of the ulna bone we have that rope coil. The mechanism is comparable to the work of Ambroise Paré, a French royal surgeon who published his designs for functioning artificial limbs in 1579. He was in turn inspired by the extravagant automatons fashionable at the time which were powered by springs, an upgrade of even earlier automatons that used water hydraulics. The Mechanical Monk by clock maker Juanelo Turriano, for example, falls into that time period. 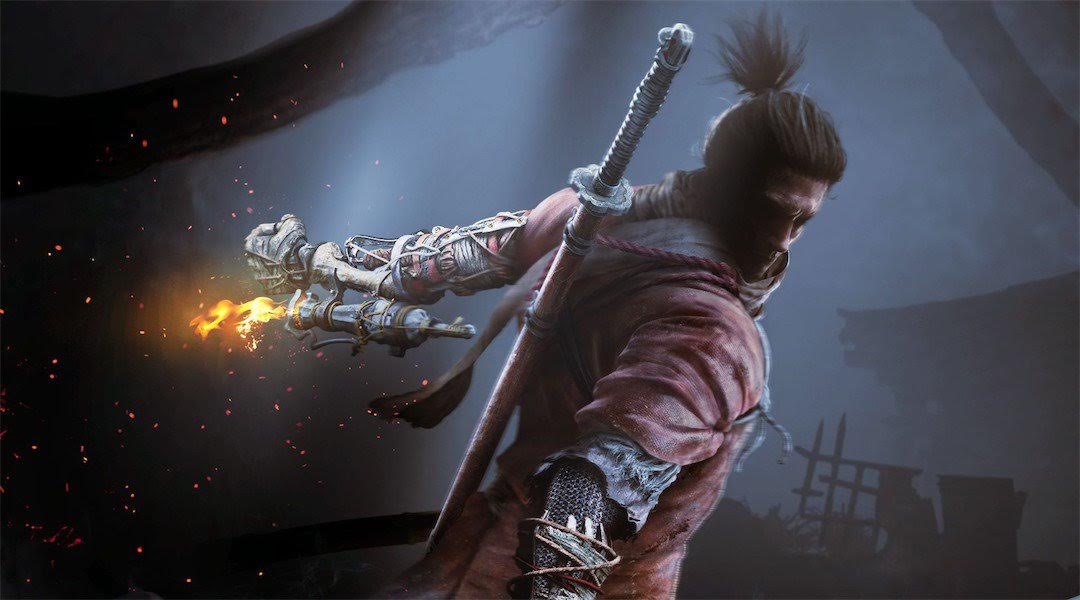 Harder to analyse are the gadgets that the shinobi can pick up to use with his new arm. How realistic is a giant umbrella, reinforced with iron, becoming a working part of the prosthetic? (We’re not going to do is talk about the finger whistle, because no, that’s why.) In fact the more ‘normal’ weapons, like the spear, the fan, the flame vent and even the umbrella, are actually pretty feasible. In most cases the tools are actually attached to the wooden radius bone in most cases, and while that must be pretty heavy, there’s no reason you couldn’t put a miniature flamethrower there and then operate it with the other hand. Apart from concerns about it being a fire hazard, obviously. Technology similar to the Flame Vent existed. Japanese fire arrows called bo-hiya evolved over time, with the introduction of gunpowder and the matchlock firing system, to become what were basically miniature rockets. Similarly, the Shinobi Firecrackers in Sekiro hang off of the arm, and are just as feasible as rockets.

The shuriken and the umbrella, however, actually sit on top of the Lone Wolf’s prosthetic hand. These are also pretty heavy, and I wonder if the weight of the umbrella to the hand wouldn’t put too much pressure on the arm as a whole. No matter how often I look at the animation, it’s the weapons with shafts that give me trouble, like spears. They could sit at the shinobi’s underarm, but he uses them with the prosthetic hand, so how does he reach for them? If there is a mechanism that pushes them from his underarm into his hand, wouldn’t he cut his hand off with the spear in the process? Please add your suggestions in the comments.

That’s the thing about games, though (one of the many, anyway). When they’re very good, they take what’s plausible and push it a bit further, but not too far. It creates a place where the unreal seems closer to realistic. The gap between the two is the space that we have room to overthink in in the first place.