Every year, the 7 Day Roguelike Challenge spawns a few gems. One of the most consistently intriguing development jams around, it's exactly what it sounds like - seven days to develop a roguelike. This year's entries are in, and while voting on the winners is still ongoing, I'm throwing in a nomination for Pawnbarian by "j4nw", a stylish, clever little browser game that mashes Chess together with Slay The Spire. Set on a tiny 5 x 5 board, you've got to clear out monsters quickly and safely using a limited hand of Chess-style movement options. Give it a stab for yourself here on Itch.

As with Slay The Spire, Pawnbarian feels like a game of knowing when to push and when to hold back. Each turn, you've got two actions before monsters make their moves, and you can see exactly what tiles they'll be attacking. Ideally you want to kill them all or be somewhere else by the time that happens. Sometimes you'll have exactly the moves available to hit two targets and get to safety, other times you'll want to focus on evasion and biding your time. After each board cleared you get to claim either another card for your deck, or an extra life point. 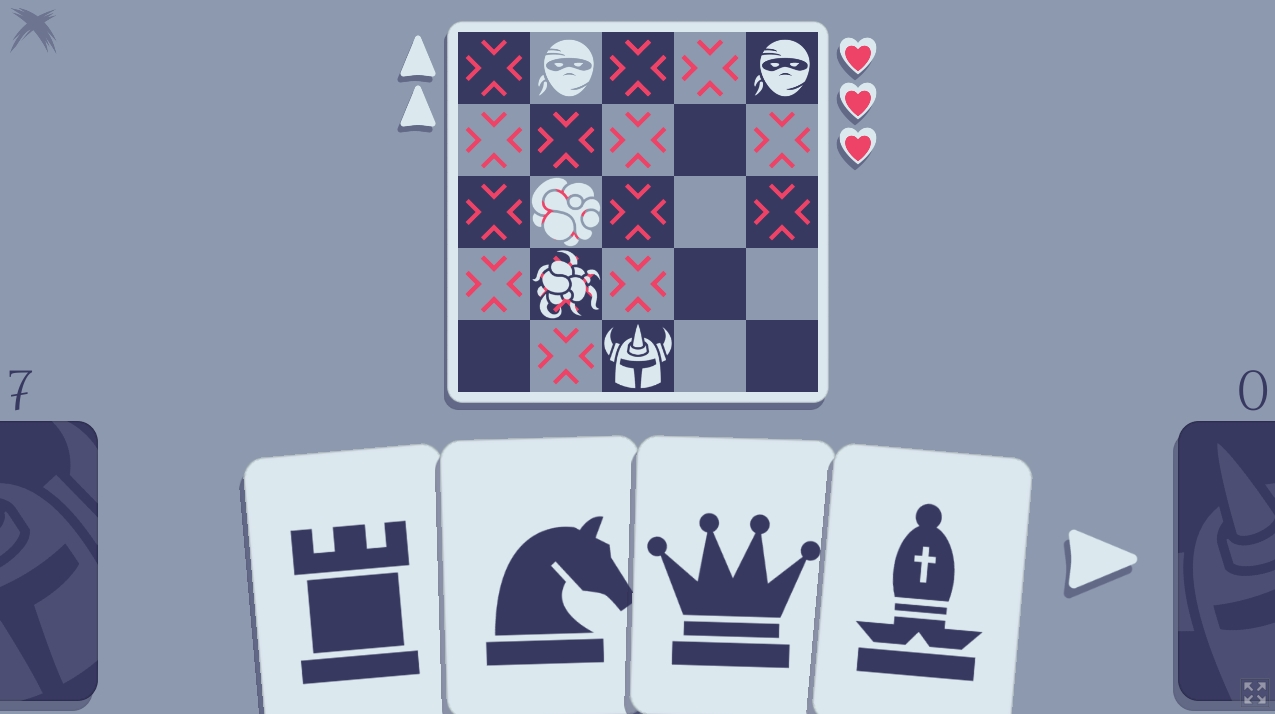 There's a reason why Ninjas aren't a standard Chess piece.

Every enemy type has their own rules, and while never spelled out they're fairly easy to intuit. The tentacle creatures explode when killed, so either finish them all at once or be ready to dodge. The larger blob monsters split into two tentacle-balls when killed. It's easy to die quickly if you let threats pile up, so trying to eliminate one a turn is a good idea. It's a nice take on a formula that I've seen a lot of games taking notes from. Recent Kickstarter success One Step From Eden has similar ideas, blending the combat from the Mega Man Battle Network games with Slay The Spires's lightweight deck-building format.

You can try Pawnbarian here in your browser on Itch, or browse the 7DRL entries here. There's 145 this year, which is far too many for just one chess-addled brain to wade through - feel free to share your favourites.