Playerunknown's Battlegrounds [official site] will soon start rolling out a mode locking all players to the first-person view, coming with this month's big 'Monthly' update. The splendid 100-man rumble lets players switch between first-person and third-person cameras with the press of a button, see, and some dislike how the third-person view lets players peek around corners and into places they couldn't otherwise see. For those folks who fancy a stricter challenge, the new servers will block that. It'll initially be available in Plunkbat's Solo and Duo modes, rolling out to full Squad mode later.

"1st person servers are coming to [Plunkbat] in our next monthly update!" Plunk himself, Brendan Greene, tweeted yesterday.

"We will bring 1st person only to EU/NA SOLO & DUO games first, and once we have polished the system, we will expand to other regions," he continued.

We've known that such a mode was planned but not that it would come so soon. Monthly updates tend to come at the end of the month, so I'd probably expect it to launch on Thursday, July 27th.

Plunkbat's first-person animations are little janky and often jittery but Plunk says the team are "hard at work getting 1st person improved before it releases!"

The mode will be optional, of course. I imagine I'll have a go? As a cautious and peaceful player (like Graham), I do find the peeking handy - but I also know it's a totally jammy way to play. I tend to be quite attentive so I might have an advantage on first-person servers, though I suppose they will have a self-selecting population of higher-skill (or, at least, more serious) players.

If you're concerned about missing enjoying your carefully-constructed outfit, do remember that Plunkbat is one of those rare wonderful games which shows your body as you bend your neck at deadly angles to look down. 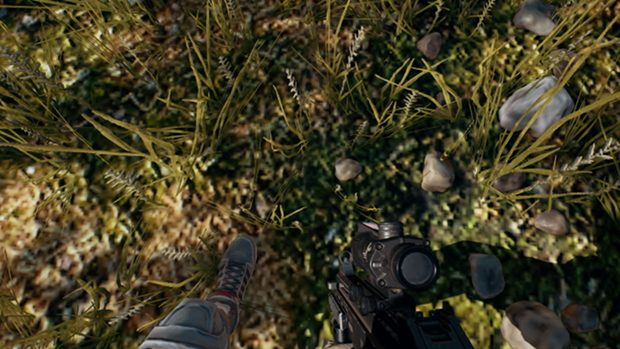 After the mode launches, be sure to check the driver seat in cars for people sat assessing their ensemble as they consider popping back into a house to swap gloves. 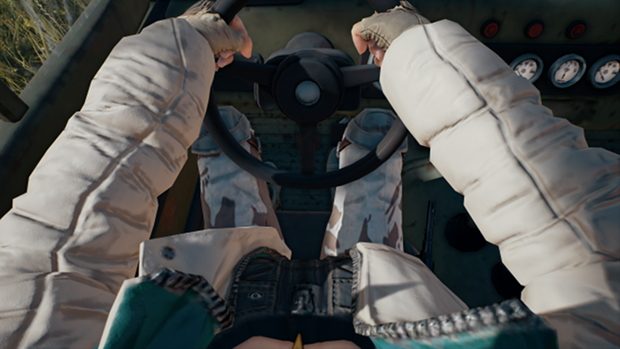