Not a lot of people understand what polyamory actually means. Some consider it cheating, others conflate it with polygamy, and think polyamorous people are just new-wave hipster Mormons. I’m polyamorous, and while I’m both new-wave and a hipster, I’m not a Mormon, because from experience that isn’t what polyamory is.

Without taking a good while explaining the nuances of polyamory (the different relationship orientations, the emotional difference between it and swinging, what the hell “metamour” means) I’d have a hard time referencing any piece of mainstream media, much less a video game, that tells a polyamorous love story in a way both relatable way for poly people and an understandable way for people who are monogamous. In fact, I’d have a hard time showing you a film, book, TV show, or game that has polyamorous people in it at all. And then there’s Spitkiss.

“You know when you’re watching a movie and there’s this dilemma of, ‘ooh, who should I choose?’ … I don’t get it, why are you choosing again? You are clearly in love with two people, one doesn’t have to be better than the other!” Astrid Refstrup (another Astrid, I know, it’s very exciting) is the CEO of Triple Topping Games, developers of Spitkiss. She’s polyamorous and has been in happy and healthy multi-person relationships before, as has Creative Director Simon Stalhandske. “We needed to have something that we could relate to.” 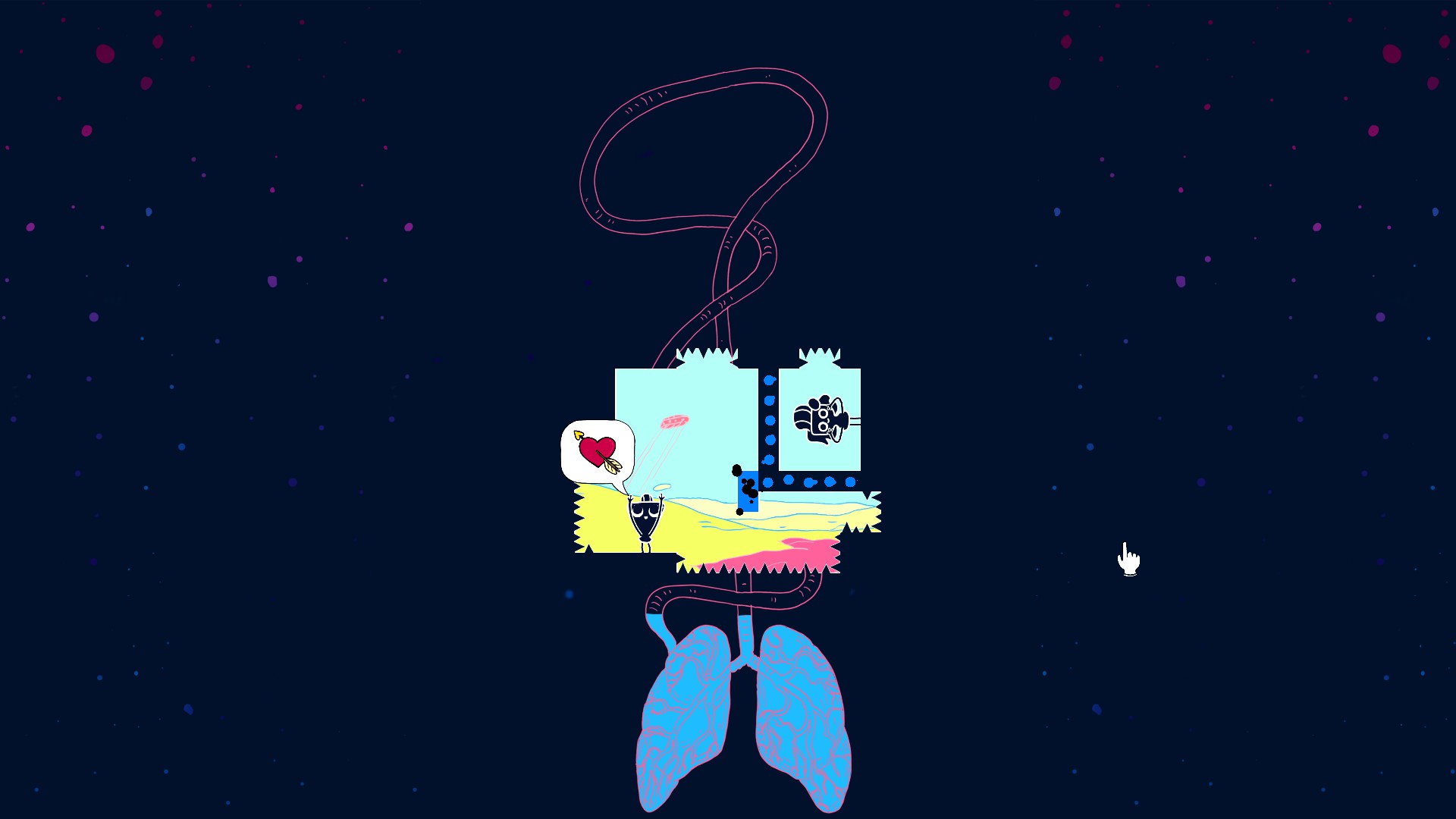 That “something” is Spitkiss, game first designed for mobile, but also available on Steam, that Stalhandske described to me as “a polyamorous platformer with spit-kissing,” which feels self-explanatory and slightly vague at the same time. Thankfully, he immediately elaborated. “It’s about these spitkissers that live inside of everyone’s bodies, and they are in love, and communicate via spit.”

“The story itself is what happens outside their bodies, but the spitkissers play out the story in their own little way," Refstrup added. "That story is about Ymer, who happens to find themself in love with both of their neighbours … Ymer is trying to tackle this whole new situation of, what do I do if I’m in love with more than one person? That’s the two parallel stories of the game.”

Spitkiss’s story is quite nicely complimented by the way you play it. There’s something about long-distance trick-shot spitting as a means of affectionate communication that really says a lot about polyamory: messy and chaotic, but if you make it all work and get your timing right, it feels wonderful in action. All of that was actually there before Ymer’s story was even decided on, though. Stalhandske told me they thought it would be funny if the characters were the start and end points of a level, instead of the part you control. "What would be the thing you would control? Well, maybe they're communicating, maybe they're in a long-distance relationship, or maybe they're communicating their love to each other with... spit? I don't know how we came up with this, Astrid.” 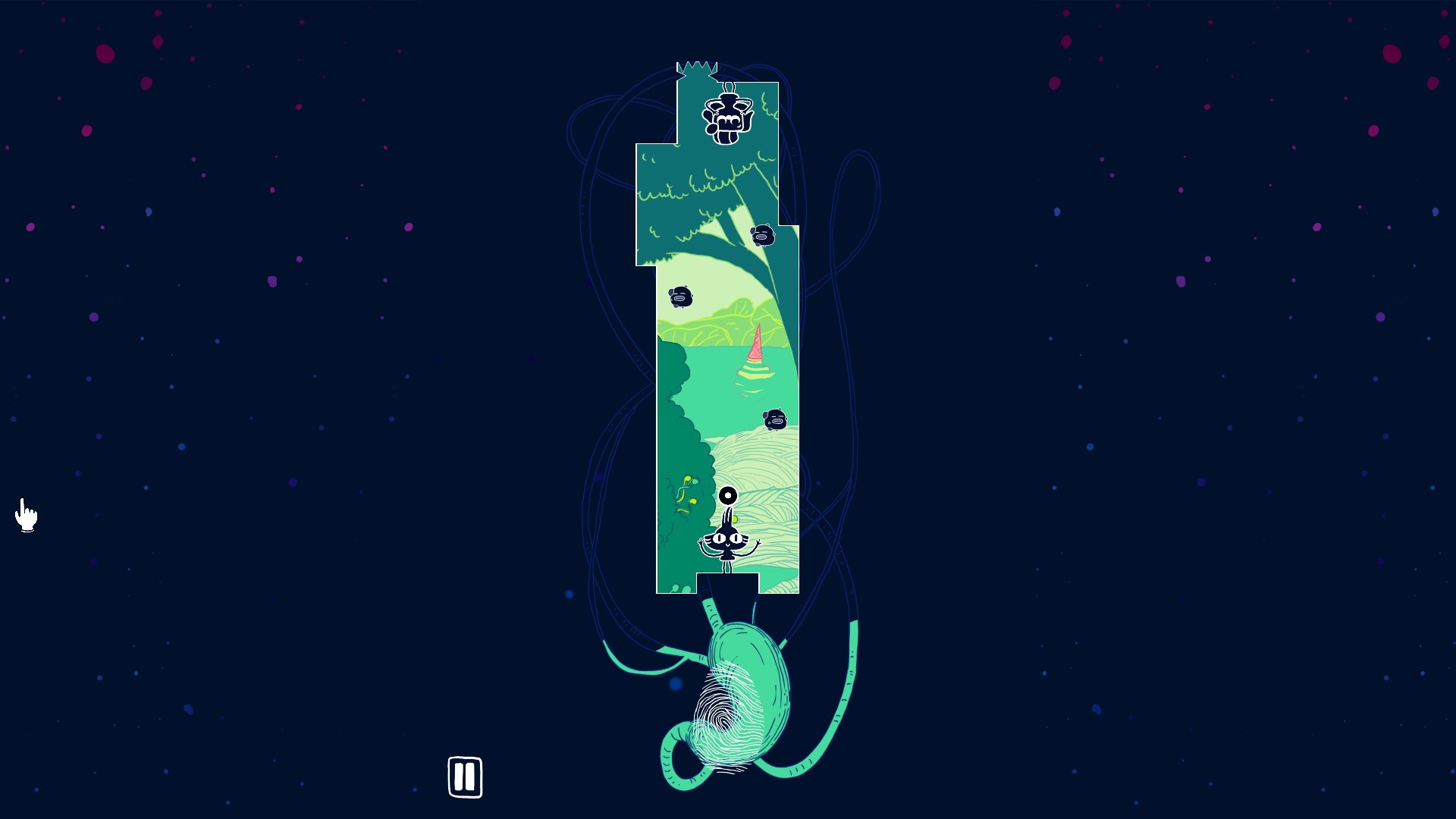 Triple Topping brought on Morten Brunbjerg, narrative designer and lead writer of Forgotton Anne, to help them write the story. But with polyamorous romance not widely understood, the help went both ways.

“For Simon and I, it was pretty easy to imagine a game around this theme,” Refstrup said, “But if you've never lived in a relationship like this, like Morten who wrote the story, it takes some time to get your head around what this lifestyle is like.” There was a lot of talking, but it was eventually Brunbjerg to come up with some of the stronger symbolism in the game, like the way Ymer is struck by two of Cupid’s arrows.

Refstrup was initially worried about what the response would be to the story they were telling. “Would people then feature the game? Would it put some people off if we made this kind of story? But, like writing a book or a movie, you shouldn't create it for that, you should tell stories you find important.” It’s not just Triple Topping that find Spitkiss’s story important. Reception to the game since release has been welcoming.

“It's been so rewarding to have gone through with this and seen people that can actually relate to that story,” Stalhandske said. “Writing to us on Twitter saying it really caught their attention and moved them, as well. That's just super amazing.” 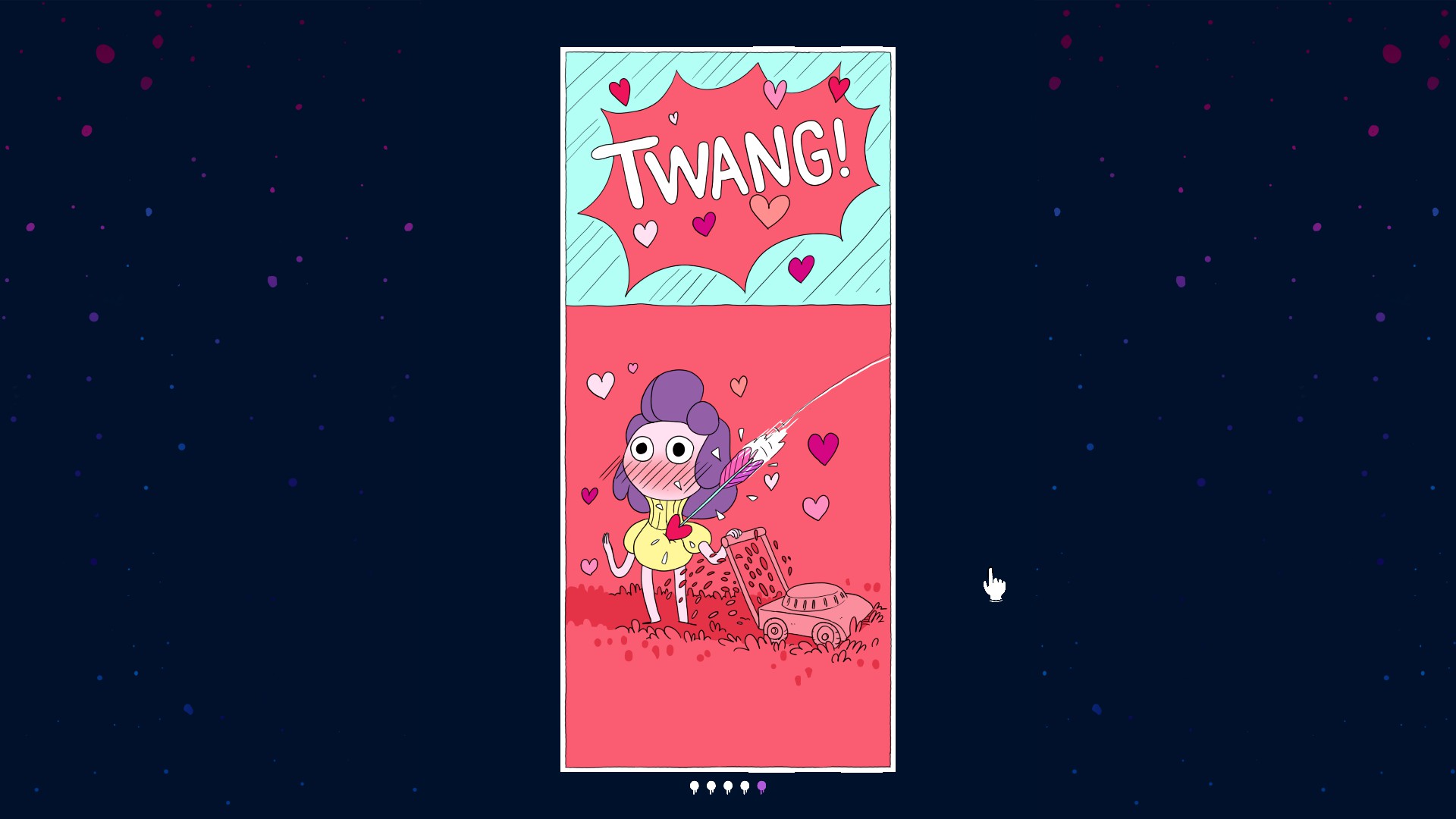 But why is this important? This representation of a different kind of love to the one that’s portrayed in the mainstream? Refstrup summarised nicely. “It’s important for the games industry to portray all different kinds of people, because all different kinds of people are playing games.” It goes further than that, though, I think. The duo were telling me more about the responses they’d gotten to Spitkiss, and Refstrup told me that a common theme she didn’t expect was people just… getting it.

“I'm most surprised that people actually understand what we're trying to do with the game. We've been seeing people’s thoughts and going, ‘Oh, you get it!’ Because when you're working on something for a long time and it all makes sense to you, suddenly you're worried that maybe nobody will understand this. But then people get it, and that's really nice.”

Media mirrors reality, and so media is in many ways a means of validation. It also helps us to understand the realities of people with different experiences. Spitkiss as a piece of media has reflected the experiences of polyamorous people and given us something to relate to when it comes to the way we love, and it also makes understanding how being polyamorous even works easy for the people who aren’t. It’s only a small game, with a niche audience, but Spitkiss is a little step in a long walk towards the societal acceptance of three or more people being in love, and that just being okay.