The past week has been filled with crises and calls for radical political change in equal measure, and (for me) an accompanying sense of radical possibility. At other times, however, a sense of impending doom. And then back again. There have been callouts and action from numerous games studios, media outlets, developers, and beyond to show solidarity with the Black Lives Matter movement in one way or another (see Rock Paper Shogun's statement here). And on Twitter, one push I've seen has been to highlight games being made by Black developers. 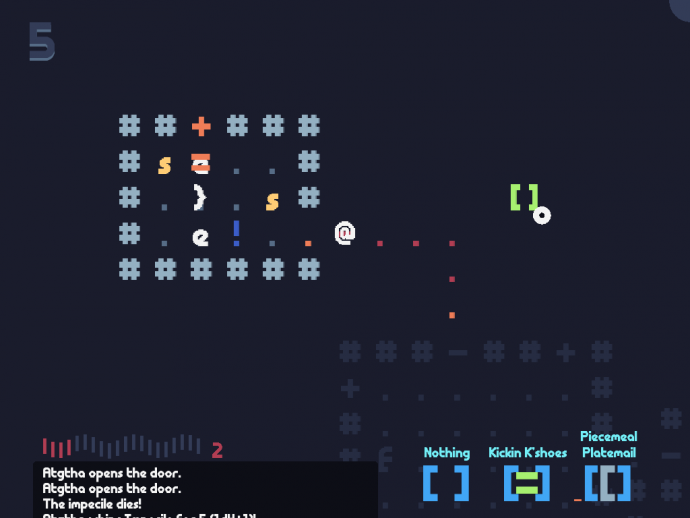 Atgtha in Absurdia is a delightfully minimal roguelike, very reminiscent of the original Rogue. I say this with great care, as I know how passionate the Roguelike community can be with these definitions. Being that Atgtha in Absurdia was made for the Roguelike Jam 2020, I think my comparison is a relatively safe one. The story here is pretty simple: you are Atgtha (which I keep misspelling, so points if you catch an Agatha or related typo in this post), and you are descending into a dungeon to save your brother. Of course, you must arm yourself and fend off enemies as they slowly approach, turn by turn.

Atgtha in Absurdia is wonderful. It's full of charm and good humour, and looks incredibly slick to boot. I couldn't help saying out loud, to nobody at all, "Oh my gosh this game is so slick. This game is so CLEAN. This is such a good GAME." So if that's not enough of a raving endorsement, I don't know what is. 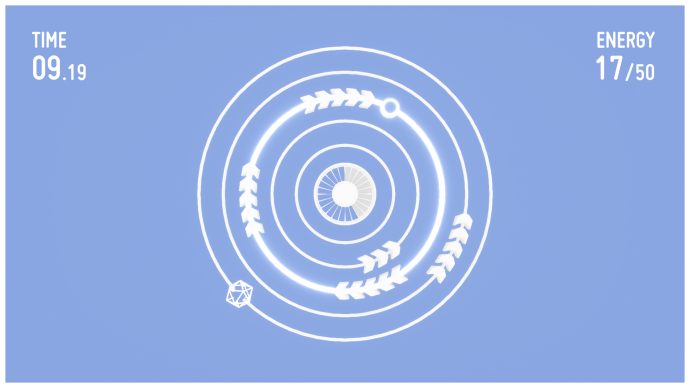 Concentric is a joyful "minimalist action game about gracefully moving in circles." You must navigate a series of spinning, trap-filled, concentric circles (which reminded me, at times, of those drawings of atoms I did in middle school science class) to properly charge the centre sphere before moving on to the next level. Although the game's soundtrack is hugely characterful, Concentric is not quite a rhythm game. Concentric is like a concentric platformer and I am terrible at it. It's BEAUTIFUL. 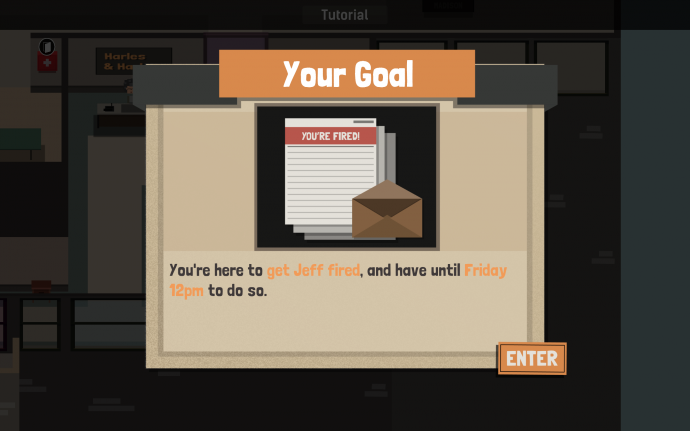 Project Madison is a workplace revenge fantasy set in the groovy beige and orange offices of the 1960s. You play a down-on-her-luck "secretary determined to enact revenge on Jeff, her nemesis. Use the environment and your work relationships to get Jeff fired from his cushy job!" It's a pretty straightforward point-and-click game (complete with requisite inventory puzzles). At times, I wish the game could have gone faster than it does, but it more than makes up for its pacing in good humour. If you've ever wanted to exact revenge on a coworker, there are plenty of scenarios for that catharsis here. 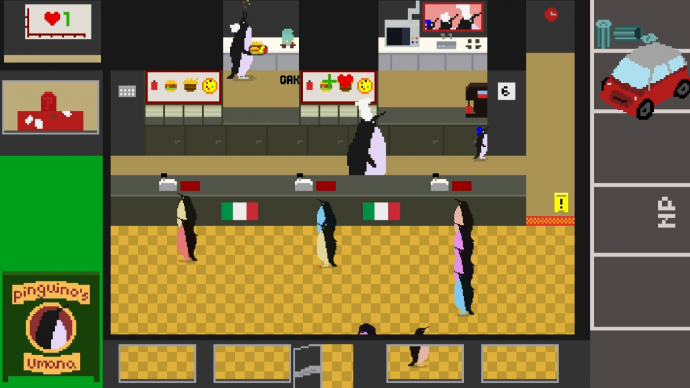 I have to admit: Pinguinos is my favourite game on this list. When I first launched the game, I had no idea what I was meant to do. There is no instruction, just a fat pengin hopping around and yelling. I was confused. But if games have taught me anything, it's that failure is a chance to try again. And I had to try again -- if just to make sense of what the penguin wanted from me. What the penguin wanted from the world. And then it became clear: Pinguinos is a game where you, Penguino, run an Italian restaurant. It has fallen on hard times, and you have one week to get the store back in the black. So, you've got to do what Pinguino does best: serve customers through a series of games of Simon Says. Relish the hopping. Relish the yelling. Don't forget the relish.

Murder the Reaper from Aerial Knight 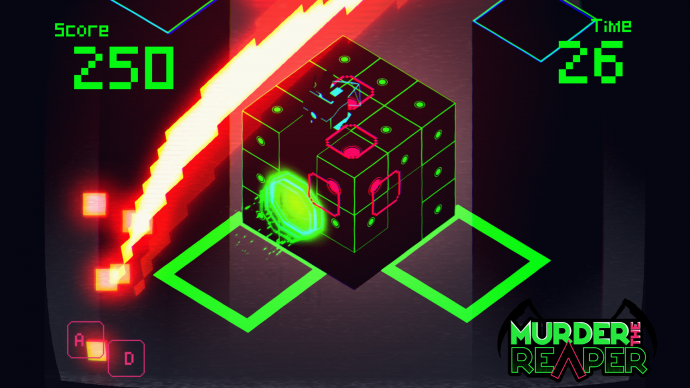 Murder the Reaper is a gorgeous assault on the senses in the style of 80s vaporwave arcadeware, and it is impossibly hard. It is not for the faint of heart. I hope you get further than I did.

This list of games by Black developers came from a few resources which have been making the rounds online lately. Namely, this list of volunteered information, this resource from Black Game Devs, and from a number of self-promotion tweets from game developers on Twitter using hashtags and in the replies to calls for Black game developers to promote their work. I encourage you to check out these resources and find a new game or two to add to your collection.