A courtroom battle royale is brewing as Playerunknown’s Battlegrounds developers PUBG Corp have filed a copyright suit against Fortnite Battle Royale studio Epic Games, The Korea Times reports. PUBG Corp claim that Fortnite Battle Royale violates their copyright. While the finer points of the Korean case have not yet been made public record, this could be the ‘further action’ contemplated by PUBG Corp’s parent company Bluehole last September.

The first warning signs of this upcoming legal battle came last year, with Bluehole vice president Chang Han Kim saying “After listening to the growing feedback from our community and reviewing the gameplay for ourselves, we are concerned that Fortnite may be replicating the experience for which PUBG is known”, specifically that “concerns around User Interface (UI), gameplay and structural replication in the battle royale mode exist”. While we assumed (and hoped) at the time that Bluehole were merely posturing, this suit suggests otherwise.

While PUBG and Fortnite are both incomprehensibly huge successes, the two battle royale shooter giants seem to be vying for territory more actively in Korea at present. The announcement of the legal case coincides with plans for Epic to expand Fortnite’s reach into the Korean market via a deal with publisher Neowiz Games. Epic hope to make Fortnite a regular fixture across the nation’s highly popular cyber cafe-like ‘PC Rooms’, and it’s not hard to see why a direct competitor might want to disrupt such a move. 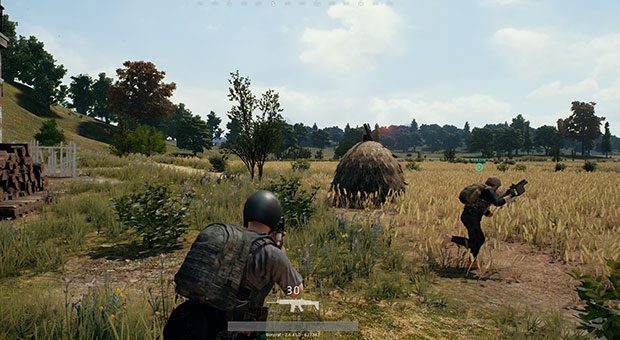 There are several worst-case scenarios that could come of this lawsuit that could harm more than just PUBG Corp and Epic. The most catastrophic would be establishing legal precedent over the copyrighting of mechanical concepts in a game. While that may not sound too terrible at first, remember when FPSs were just referred to as Doom Clones? Imagine if Id had the legal power to shut that all down and the effect it would have had on the industry, even if it was just in one territory.

While I doubt the contract between Epic and PUBG Corp would allow for something quite as drastic, I’m also reminded of how Silicon Knights’ disastrous attempt to sue Epic back in 2007 backfired so badly that Silicon Knights retroactively lost their Unreal Engine license and were forced to recall and/or destroy every unsold copy of their games. While I don’t expect anything quite so dramatic in this case, no matter how the case is judged, it’s a reminder of the stakes at play here.

No date has been announced for court proceedings yet, but we’ll be keeping a close eye on this story as it develops.