QuakeCon is an entire quarter-century old this year, and no pandemic will stop Id Software and Bethesda from celebrating it. While the in-person event was cancelled back in March due to Covid-19, QuakeCon will now be joining the raft of gaming events being taken online. Aptly named QuakeCon At Home, it's set to feature esports tournaments, charity initiatives, and loads of "round-the-clock" live streams. It all kicks off on August 7th with "Bethesda's QuakeCon Digital Welcome Global Super Stream" - what an absolute mouthful, I hope the stream is as flamboyant as it sounds.

First up is this Super Stream then, which will feature "round-the-clock programming" with influencers and Bethesda Community teams streaming from the safety of their own homes. The announcement mentions some "surprises" here, too - will it be more info about new Doom things? Exciting Wolfenstein news, perhaps? Maybe even something about The Elder Scrolls VI (ah, probably not)? Or will it be a cameo from Todd Howard making more jokes about what they're porting Skyrim onto next? Endless possibilities.

There are plenty of charity initiatives for this year's QuakeCon, too. Viewers of the QuakeCon At Home Twitch stream will be able to donate directly to Direct Relief, Unicef, NAACP Legal Defense Fund, and The Trevor Project.

If you fancy grabbing yourself some swag for a good cause, Bethesda will also have the "Dogvahkiin" and "Catodemon" t-shirts for sale. 100 percent of the profits goes to both the Dallas animal adoption centre, Dallas Pets Alive, and global animal welfare organisation Four Paws. 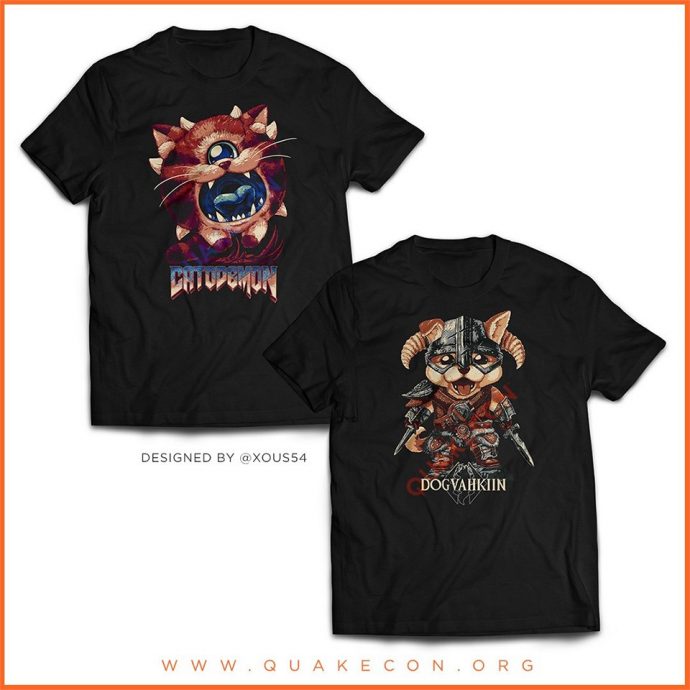 QuakeCon At Home takes place between the 7th and 9th of August. Keep an eye on the QuakeCon website to stay up to date.