Trying to find good gaming mouse if you're left-handed is still a trying experience in this day and age. Sure, there are growing numbers of ambidextrous mice out there, such as our best gaming mouse champ the Asus ROG Pugio and Steelseries Sensei 310, but they pale in comparison to the number of right-handed mice. Well, that small number of leftie-friendly mice is about to get a little bit bigger, as Razer have announced they're going to start making a proper left-handed version of their MMO gaming mouse, the Razer Naga.

Sadly, you'll have a wait a fair old while before it's available, as production isn't due to begin until sometime next year. You can, however, pre-register your interest for the Naga Left Handed Edition over on Razer's website.

According to Razer, pre-registering will help "support the production" of their left-handed Naga, as the whole endeavour is apparently going to be quite the "costly venture" for them. "Work has begun" on the left-handed Naga, however, according to Razer's press release, so I'd be surprised if they suddenly canned it mid-production. It all sounds a bit hand-wringing if you ask me, but I guess knowing rough numbers in advance will help ensure stock levels don't immediately run out as soon as it goes on sale.

Razer haven't released any additional details about the Naga Left Handed Edition's specs either at the moment, so we'll probably have to wait until closer to its release to find out what kind of DPI range it's going to have, as well as whether it's going to be a full-blown leftie version of Razer's rather good Naga Trinity mouse, which comes with three different side panels and button combinations as opposed to just one with a calculator on it. I'd imagine not, given the extra cost of manufacturing those additional snap-on side panels, but you never know.

The Naga Left Handed Edition wasn't the only new mouse Razer announced this week, either, as they're also introducing two new wireless mice, the Razer Basilisk Ultimate and Razer Basilisk X Hyperspeed. Both are right-handed mice, unfortunately, so won't be much good for lefties, but each one will be powered by Razer's Hyperspeed technology to ensure ultra low latency and super fast response times. Indeed, Razer claim their HyperSpeed tech gives you the lowest click latency of any kind of wireless mouse technology, although quite how much 195 microseconds differs from the alleged industry best of 270 microseconds according to Razer's website is up for debate. 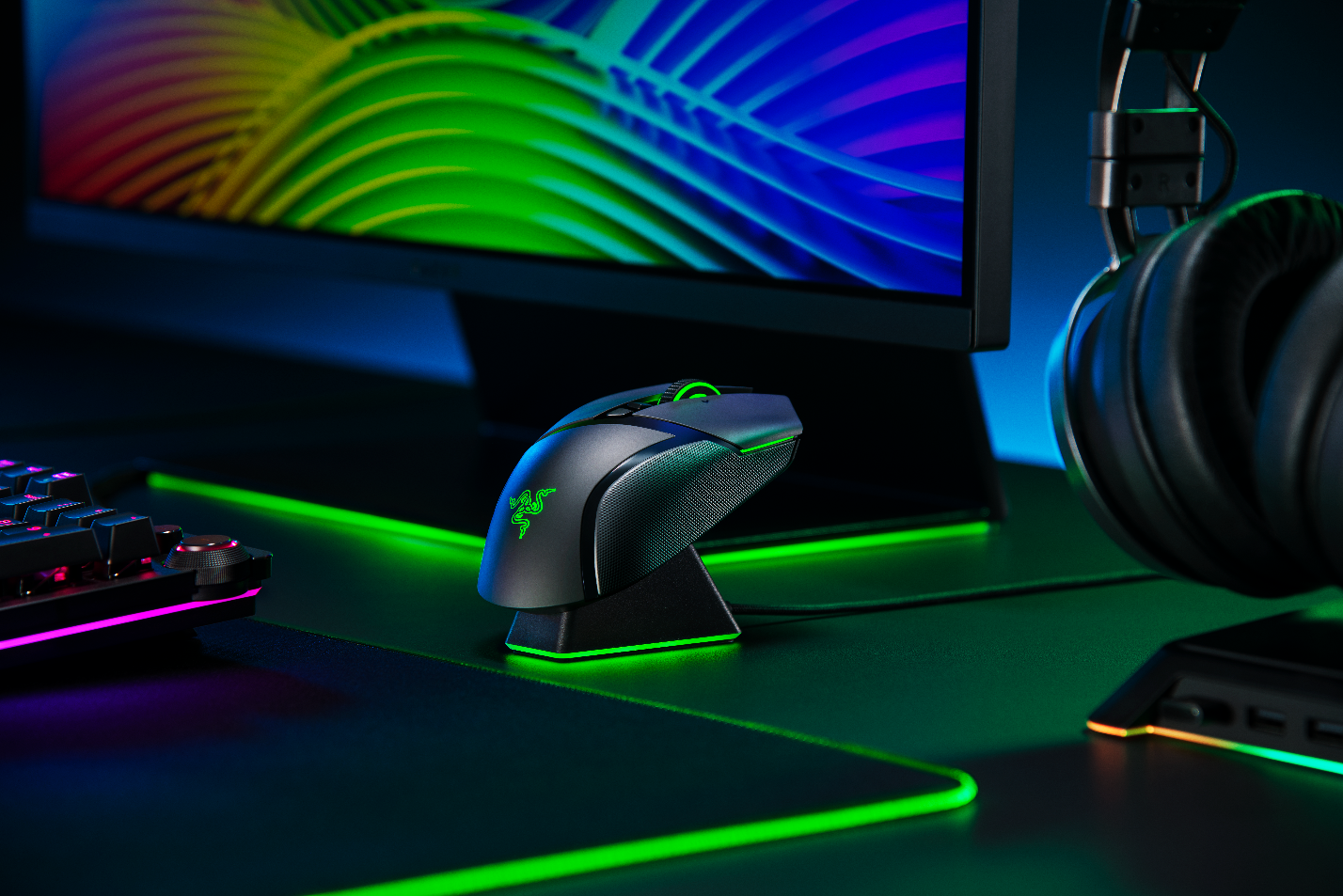 Still, the Basilisk Ultimate (above) will have a massive 20,000 DPI optical sensor (the same as the Viper Ultimate), 11 programmable buttons, and it will come with Razer's own optical mouse switches as well. These don't require any physical contact to send their electrical signals to your PC, so should help eliminate the need for things like debounce delay. Razer say it's also got a battery life of up to 100 hours, so you should be able to use it for a good long while before it needs charging again. It's going to cost you, though, as it's set to cost £170 / $170 if you want to get one with Razer's charging dock, or £150 / $150 on its own.

As for the Basilisk X Hyperspeed, this will cost "just" £60 / $60 by comparison. That's because this wireless mouse only has a 16,000 DPI optical sensor (the same one as the Deathadder Elite), 6 programmable buttons and Razer's mechanical mouse switches. It also has Bluetooth support, which you can use to get a battery life of up to 450 hours, according to Razer, or 285 hours with its 2.4GHz wireless mode. And if you're wondering why this mouse's battery life is so much longer than the Basilisk Ultimate's, that's because this one has no RGB lighting to speak of.