It's a bit weird to hear Rocket League isn't even five years old, given how timeless it is. Was it not created by caveman who punted balls around from the comfort of their foot-powered Flinstones cars but wanted a digital version to play on the days lava swept the pitch? No, apparently, it launched on July 7th, 2015. With the birthday approaching, developers Psyonix have announced plans for a big ol' Fifth Anniversary event starting next week. Running for a fortnight, it'll Limited Time Modes and new cosmetics to decorate your cars.

The Fifth Anniversary event will rune June 30th to July 13th, then players with have another few days to finish redeeming prizes. Playing online matches will get you Balloons, see, which you can swap in the event store for new cosmetics including wheels, carhats, and a lovely big party blower for your boost. See the announcement for more. 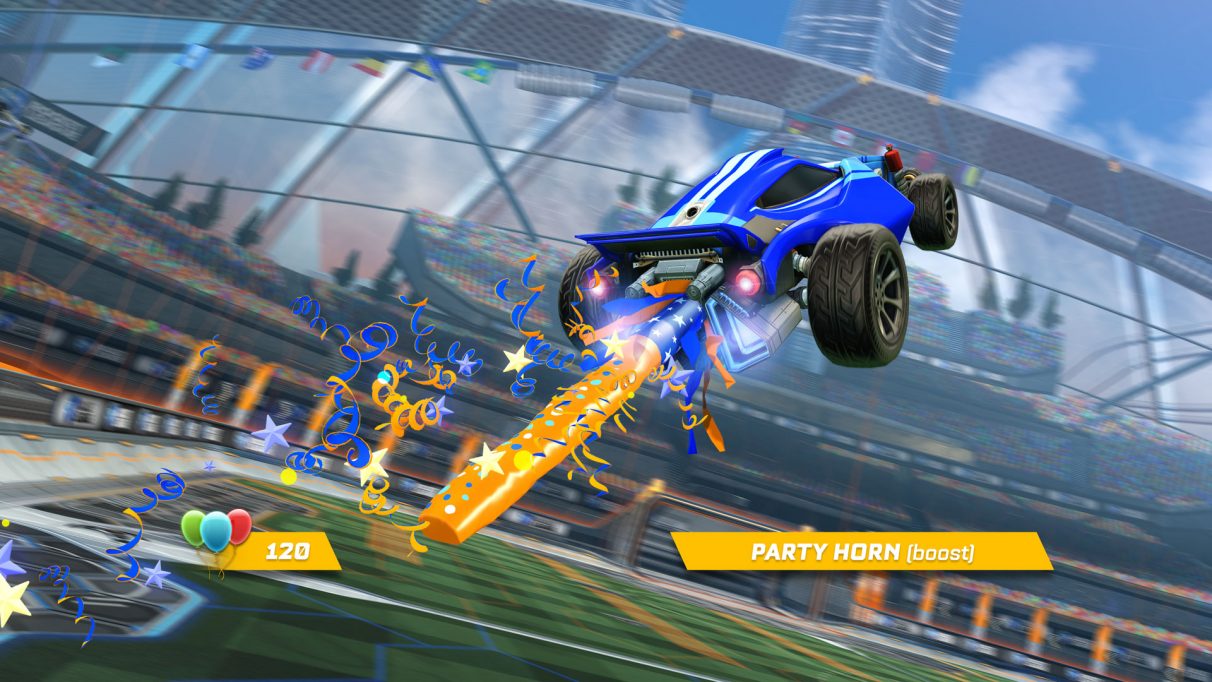 Five years ago, our Rocket League review declared it "a near-perfect example of game design; an invented sport that understands how to create feelings of triumph and tension, sometimes flipping the script in a few seconds of controlled chaos." Our former Alec, in the team verdict, worried that Psyonix might try to "counteract fatigue about vanilla modes by embracing over-complexity" and dilute its magic. Five years later, Rocket League is still basically just Rocket League, and that's just grand.

I was, of course, being facetious in the first paragraph. I know full well that Rocket League is the follow-up to Supersonic Acrobatic Rocket-Powered Battle-Cars. And that SARPBC is the video game created by caveman 6000 years ago then lost to history until Psyonix staff holidaying in Lascaux in 2008 fell into a hidden cave and stumbled across a flint PlayStation.