For the past two years, Samsung's 860 Evo SSD has been the best SATA drive you can buy for your PC. Its random read and write times have been pretty much unmatched since it first came out in 2018 (indeed, only Samsung's 870 Qvo has managed to best it on write time), but despite still being best in class, Samsung are retiring it anyway and replacing it with the all-new 870 Evo.

Built using sixth-generation V-NAND technology and one of Samsung's new MKX controllers, the 870 Evo is, to all intents and purposes, a very slightly faster version of the 860 Evo. Its top sequential speeds of up to 560MB/s read and up to 530MB/s write are only minor bumps over what the 860 Evo currently offers with its respective ratings of 550MB/s and 520MB/s, and as we'll soon see below, you're probably not going to notice a lot of difference in everyday use.

In some ways, this isn't surprising. The 860 Evo was already butting up against the fastest possible speeds available on SATA, and so the 870 Evo was never really going to offer much tangible improvement in this regard. Heck, you might even be wondering why Samsung are bothering to release a new SATA SSD at all, given the inherent limitations of its interface and the increasing trend toward everything being PCIe 4.0 these days. 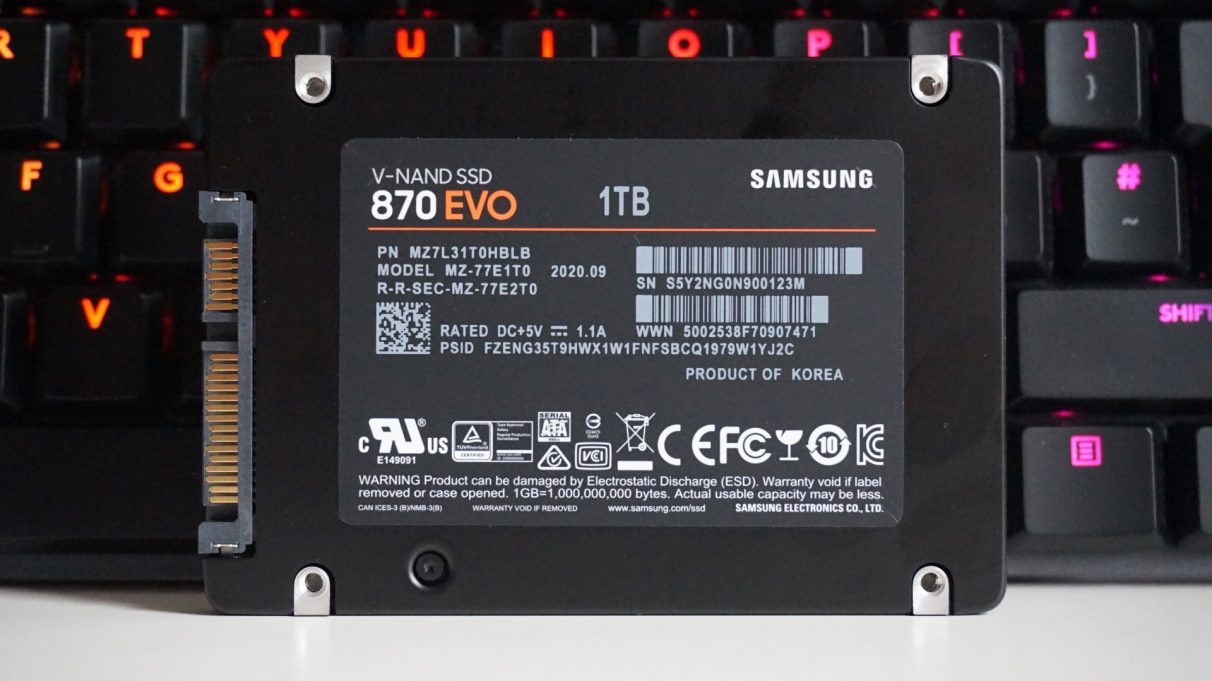 As such, there's probably no need to rush out and grab one right now, as you can still get the same sizes of the equally fast 860 Evo for a lot less. However, as the 860 Evo starts to go end of life and becomes increasingly hard to get hold of, there's little doubt that the 870 Evo is primed and ready to take its place as the new go-to SATA SSD for gaming.

When I tested the 870 Evo in AS SSD's 1GB 4K random test, for example, which measures how quickly a drive can read and write 1GB's worth of small 4K files, the 870 Evo finished with a time of 42MB/s read and 94MB/s write. While not quite as sexy as the 500MB/s+ sequential speeds you'll see on the box, these random test results are a much more accurate reflection of everyday read and write speed, and in this respect the 870 Evo is pretty much on par with its 860 predecessor. Indeed, the 860 Evo actually came out a bit faster on write speed with 98MB/s, but its read speed was just a bit behind at 40MB/s. In essence, though, they're going to feel pretty much identical.

I suspect it will also feel very similar to Samsung's high capacity 870 Qvo drives, too, as the entry-level 1TB Qvo drive I tested a few months back completed the same test with 39MB/s read and an even nippier 111MB/s write. As such, I reckon the 870 Qvo is still going to be the SATA SSD to go for if you're after a drive that's 1TB or above, as the Evo's higher prices simply don't get you substantially better performance.

Fortunately for the Evo, Samsung's Qvo drives don't come in 250GB and 500GB sizes, and in these sizes the 870 Evo still reigns supreme compared to its closest competition. Crucial's budget-oriented MX500 SSD only managed 37MB/s read and 73MB/s write, for example, while WD's Blue 3D NAND drive came in with just 29MB/s read and 57MB/s write. 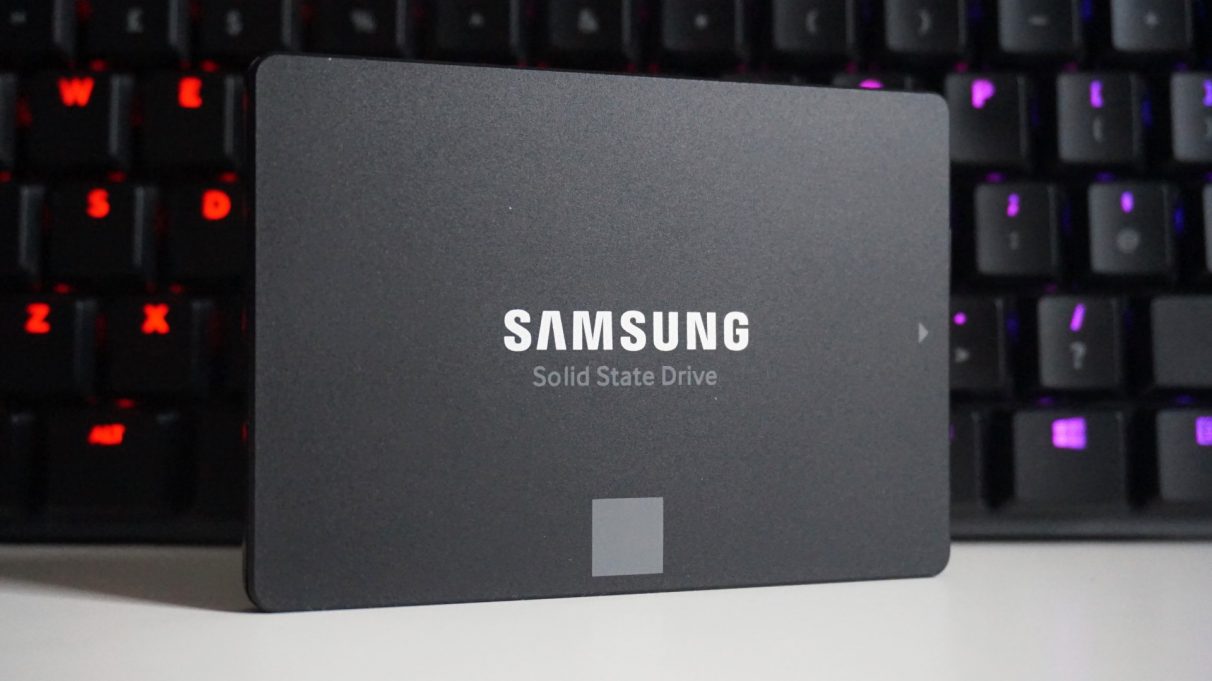 However, it's not just SATA drives that the 870 Evo has to compete with these days. With NVMe drives such as the superb WD Blue SN550 going for similar, if not lower, prices, the 870 Evo becomes increasingly difficult to recommend as a primary SSD drive. Indeed, while the Blue SN550's random read speed of 44MB/s is roughly on par with the 870 Evo, its random write speed of 157MB/s is way out in front - and you can pick up a 500GB version of that for just £53 / $52 at the moment, making it much better value than the £67 / $70 you'll spend buying an 870 Evo.

It's not just faster random write speeds you get on an NVMe SSD either. Transfer speeds are also dramatically increased, reaching well into the 1GB/s sphere on the WD Blue SN550, more than doubling what's possible on the 870 Evo. In AS SSD's copy benchmark, for instance, the 870 Evo finished its Game test with a score of 473MB/s. The WD Blue SN550, on the other hand, steamed through with 1628MB/s.

Admittedly, my own real world tests weren't quite as stark as this. When I copied my entire 98GB Assassin's Creed Odyssey folder from my WD Black 3D NVMe SSD to the 870 Evo, for example, I saw an average speed of around 375MB/s, and the whole process took around 4 minutes and 23 seconds. Copying the same folder to the SN550, on the other hand, averaged roughly 650MB/s, but its more frequent fluctuations in speed meant it still took 3 minutes and 22 seconds to complete. A minute might not seem like much in comparison (certainly not when compared against the 18 minutes it took to copy it to my WD Blue HDD), and it's the kind of time frame I'd be happy to put up with if the 870 Evo was the cheaper drive overall.

However, when the SN550 is both faster and cheaper than the 870 Evo, it makes little sense to opt for the latter unless you really can't help it, such as your motherboard either doesn't support NVMe drives, or you've run out of M.2 slots to put them in. The 870 Evo is still a great SATA drive in its own right, but the ever-changing landscape of SSD technology means it no longer shines quite as brightly as its Evo predecessors once did.