If you click on a link and make a purchase we may receive a small commission. Read our editorial policy.
Samsung 870 Qvo review specs:

When Samsung launched their 860 Qvo SSD back at the end of 2018, it finally brought high capacity SSDs down to a more affordable price. Why was the 860 Qvo suddenly so much cheaper than the 860 Evo? Well, it was mostly down to the type of storage tech Samsung used inside the Qvo - what's known as 4-bit MLC (multi-level cell) V-NAND technology, as opposed to the Evo's 3-bit MLC. Historically, 4-bit has been a bit slower than 3-bit, hence the lower price. But as the 860 Qvo quickly proved, there really wasn't a huge amount of difference between it and the 860 Evo, making the Qvo the de facto standard for anyone after 1TB or above.

Now, Samsung are back with the 870 Qvo, which uses their second generation 4-bit MLC tech and a new MKX controller that allows for capacities all the way up to 8TB in its slim 7mm chassis. Said 8TB SSD will still cost you a relative arm and a leg - £796 in the UK and a massive $900 in the US - but it's the entry-level 1TB model I've got on test here today, which comes in at a much more affordable £111 / $130. That's a still fraction more than the current 860 Qvo's price of £98 / $125, but with Samsung touting a speed increase of up to 13% and a sustained performance boost of up to 21%, let's see if it's worth the extra money.

Samsung 870 Qvo review in a nutshell

Now, testing an SSD's sustained performance is hard to do without long-term testing, but given that Samsung's SSDs are usually pretty top drawer - the 860 Evo has been sitting within my SSD rankings ever since it came out, for example - I'm willing to give them the benefit of the doubt here. Speed testing, on the other hand, is much easier to do, and you'll see from my results below that the 870 Qvo has now pretty much closed the gap between it and the 860 Evo when it comes to those all-important random read and write results.

That might not sound like much of a feat on its own, but when a 1TB 860 Evo still costs £130 in the UK, the 870 Qvo is an absolute no brainer in terms of overall value. Plus, with the 870 Qvo introducing a new type of SSD controller, I wouldn't be surprised if an 870 Evo is just around the corner as well.

Still, until the 870 Evo makes its inevitable appearance, the 870 Qvo is pretty much in a league of its own for 1TB SSD buyers. On the box, Samsung claim a sequential read speed of up to 560MB/s and a sequential write speed of up to 530MB/s (an increase of 10MB/s apiece compared to the 860 Qvo's specs), which is the theoretical maximum that can actually be achieved over the SATA interface. In other words, it ain't getting much faster than this. 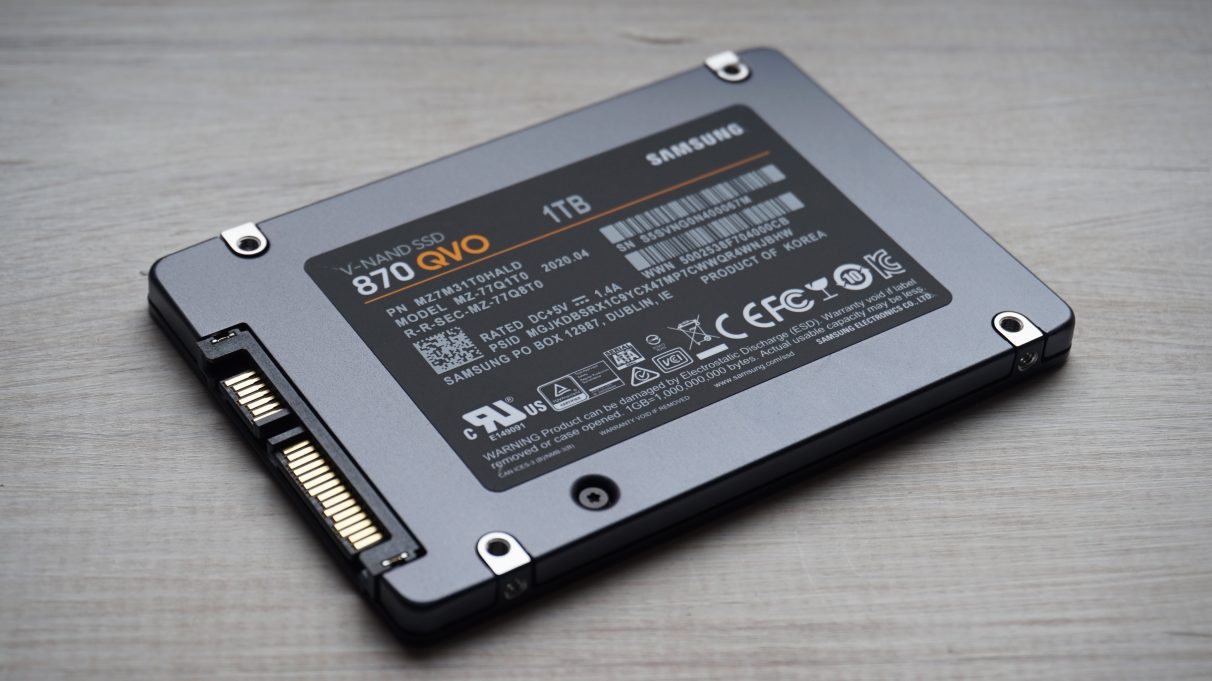 Of course, sequential speeds aren't the best indicator for the kinds of speeds you'll actually see day to day. Instead, it's random speeds that are a more accurate reflection of real-world usage, especially on a gaming PC, and here the 870 Qvo continued to put in a good performance. In AS SSD's random speed test, which reads and writes a gigabyte's worth of tiny 4K files, the 870 Qvo finished with a read speed of 39MB/s and a write speed of 111MB/s.

Compare those results to the 860 Evo's and they're once again pretty much on a level playing field, with the Evo coming in at 40MB/s read and 98MB/s write (which, just in case it wasn't clear before, is already streets ahead of its other SATA competition, including the Crucial MX500 and WD Blue 3D NAND). The 870 Qvo also improves on its predecessor's read speed of 35MB/s, but it failed to catch the 860's frankly astonishing write speed of 121MB/s. 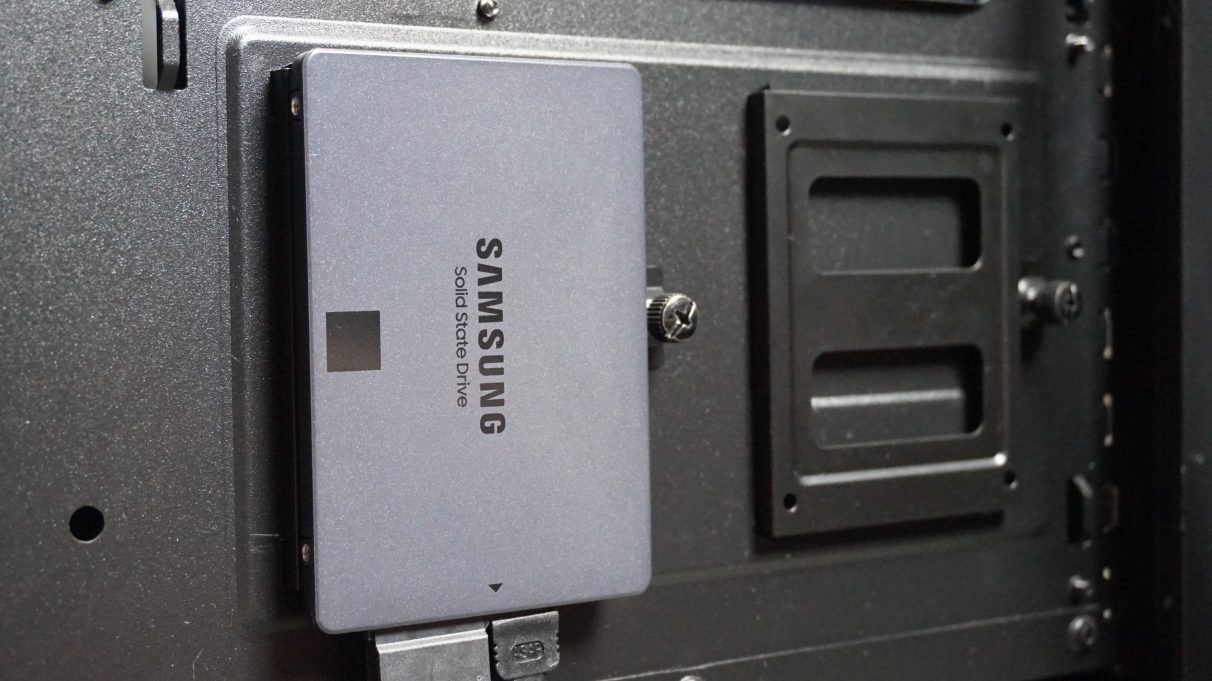 Still, even if the 870 Qvo's random write speed is a little lower than expected, it does at least improve on its predecessor's copy and transfer speeds. To test this, I used AS SSD's copy benchmark, which involves transferring three different file types from the OS onto the drive – an ISO folder consisting of two large files, a programs folder with lots of little files, and finally a game folder that’s made up of both big and small files.

All in all, then, the Samsung 870 Qvo isn't a complete revolution in SSD speed, but it does offer tangible improvements over its 860 Qvo predecessor when it comes to read and transfer performance, and it effectively closes the gap between Samsung's 3-bit MLC SSDs such as the 860 Evo once and for all. Add in its improved overall endurance and the 870 Qvo is a compelling bit of storage, especially in the US where it's currently just $5 more than the 860 Qvo.

For those in the UK, I reckon the 860 Qvo still represents pretty good value for money overall, and I'd be willing to trade its mildly slower performance for the sake of keeping another £13 in my pocket. Still, if and when Samsung eventually decide to axe the 860 Qvo, the 870 Qvo remains the next obvious choice for those after a high capacity SSD. No other SATA SSD even comes close in terms of overall speed and performance, making it a much better buy than either of its main 1TB rivals, the £100 / $115 WD Blue 3D NAND and £105 / $115 Crucial MX500. If you want the best of what SATA has to offer, then the 870 Qvo is the SSD to buy.

And remember, if you're looking for a cheaper or smaller capacity SSD, then make sure you check our regularly updated SSD deals page for all the lowest prices on today's best SSDs.