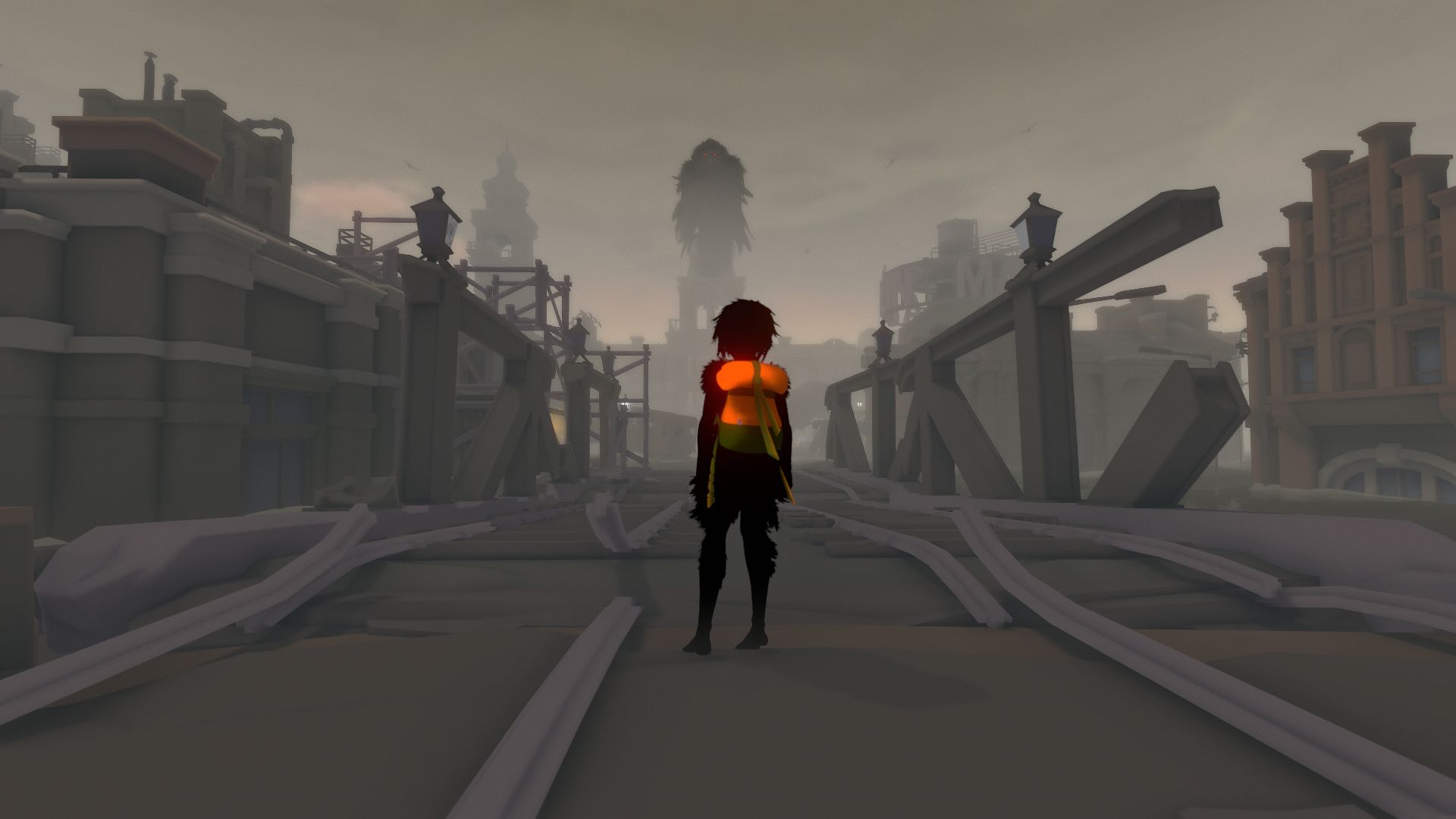 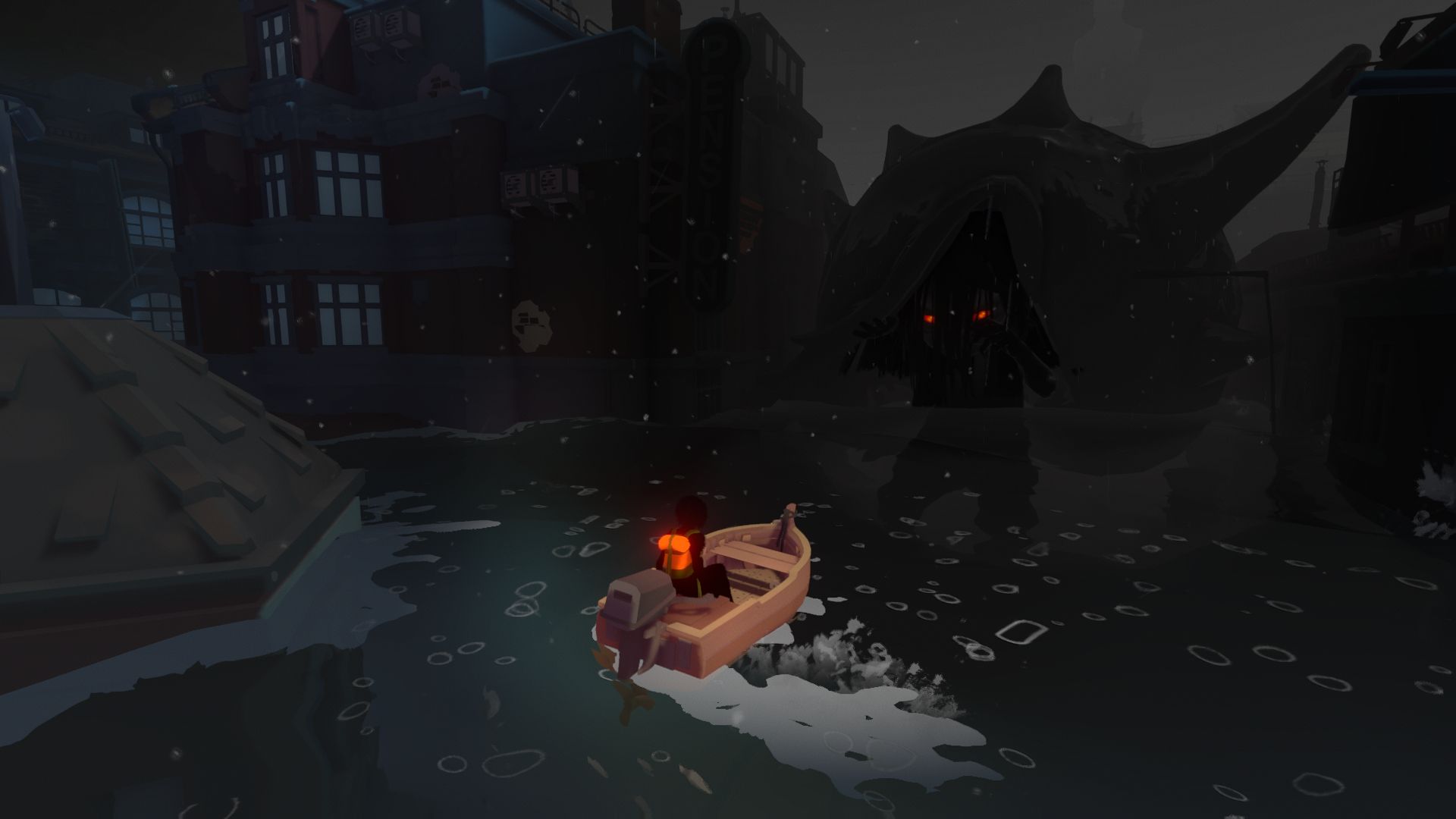 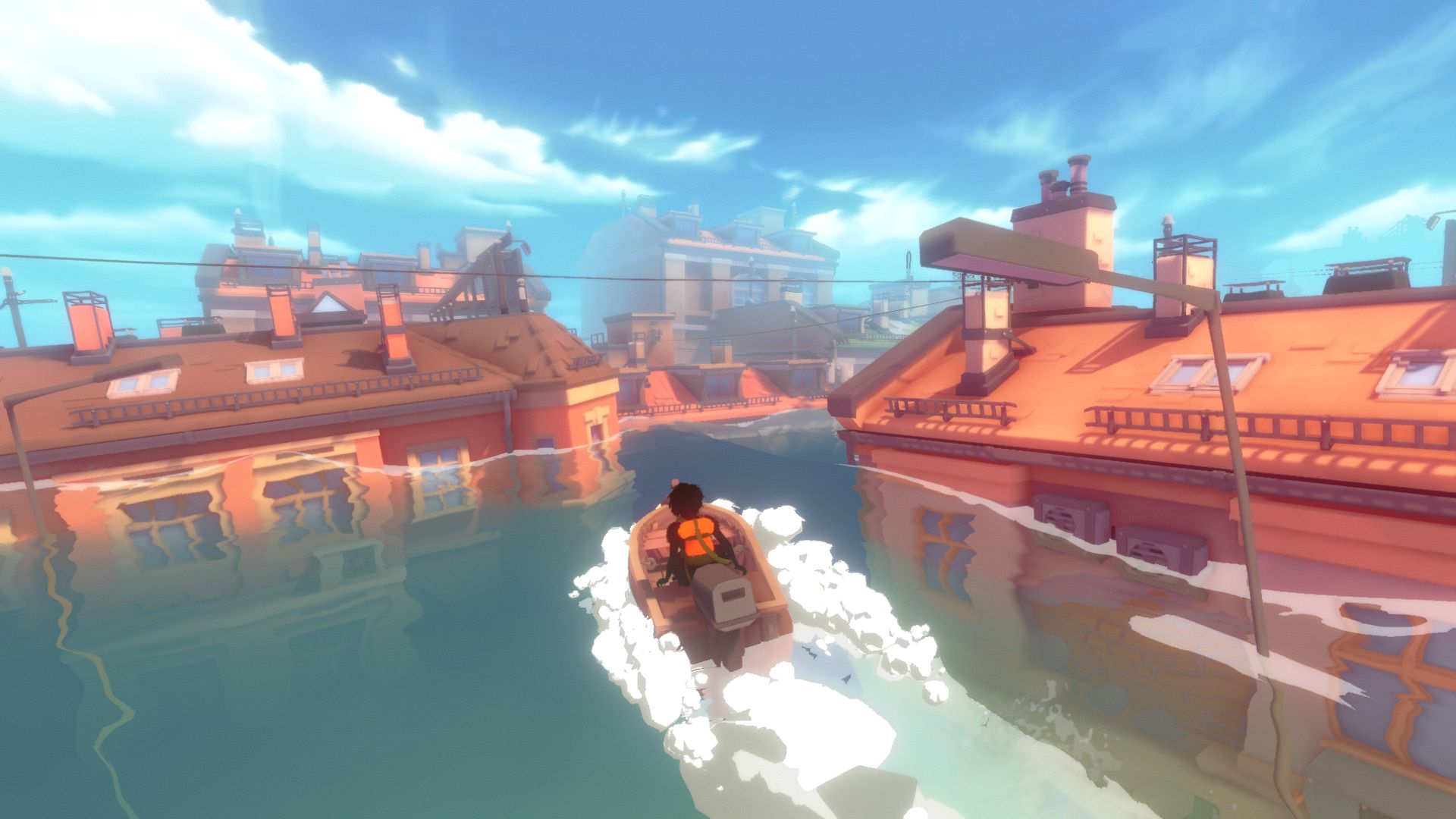 The character Britta from the TV show Community once, when challenged, described an analogy as “like a thought with another thought’s hat on”, which is pretty good. So, that being the case, Sea Of Solitude is like a whole bunch of thoughts wearing other thoughts’ hats. The thoughts all did a wacky hat swap at the office for Comic Relief, and now none of the thoughts are wearing their own hat anymore. If you look closely you’ll notice that a few of the new hats don’t quite fit, but generally they work.

I’m not going overboard in saying that. When I spoke to Cornelia Geppart a couple of weeks ago, she made it clear that everything in Sea Of Solitude has a secondary meaning. The easiest to parse is the sea, which, in this colourful but serious-thinking adventure, is a stand in for loneliness and solitude. It’s a barrier that keeps Kay, a young woman and the character you play as, from her loved ones. The game is about navigating that sea. 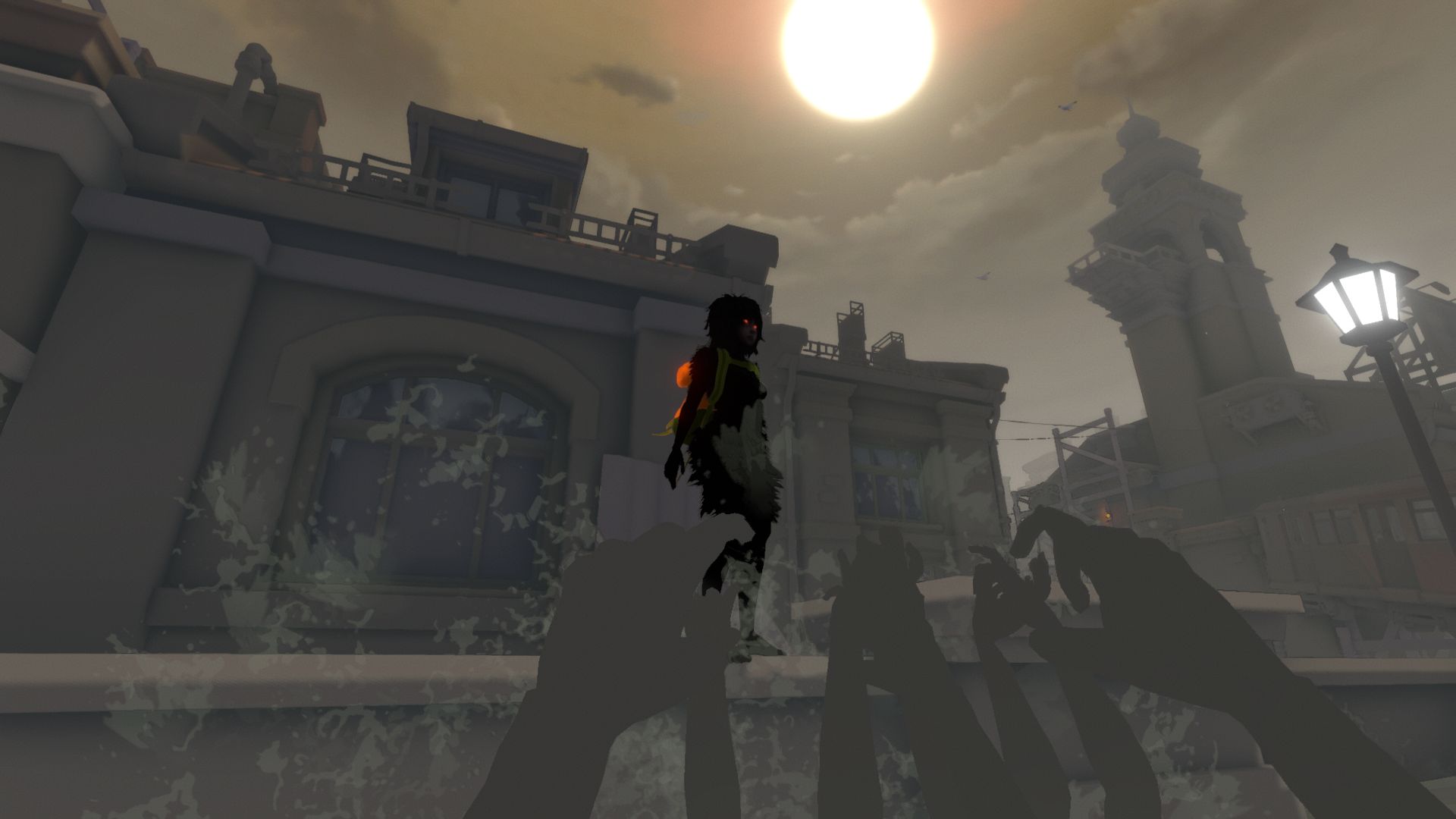 There’s an impressive cohesion to Sea Of Solitude. There’s the slightly bouncy quality to the animations, the sharp tonal divide between sadness and happiness, and even little details such as how the screen gets a visual wobble like a TV being tuned if Kay approaches a healthy human and can’t understand them. It all pulls together and creates a world that you can instinctively understand, even if it’s talking to you quite loudly and slowly at times.

Like most treacherous waters, in the Sea Of Solitude: here thar be monsters. Big, looming creatures, with weeping red eyes, who would seem at home in ancient myths. Here a hunched over bird, there a reptilian woman’s face, crowned with hairy octopus tentacles like a new medusa. And their forms are all representative of a certain kind of loneliness, of causes of isolation even when you’re not by yourself. Kay, also slowly being monstered by her pain, finds ways to get closer to these monsters physically that involve getting closer emotionally, and finding healthy ways to deal with personal problems. 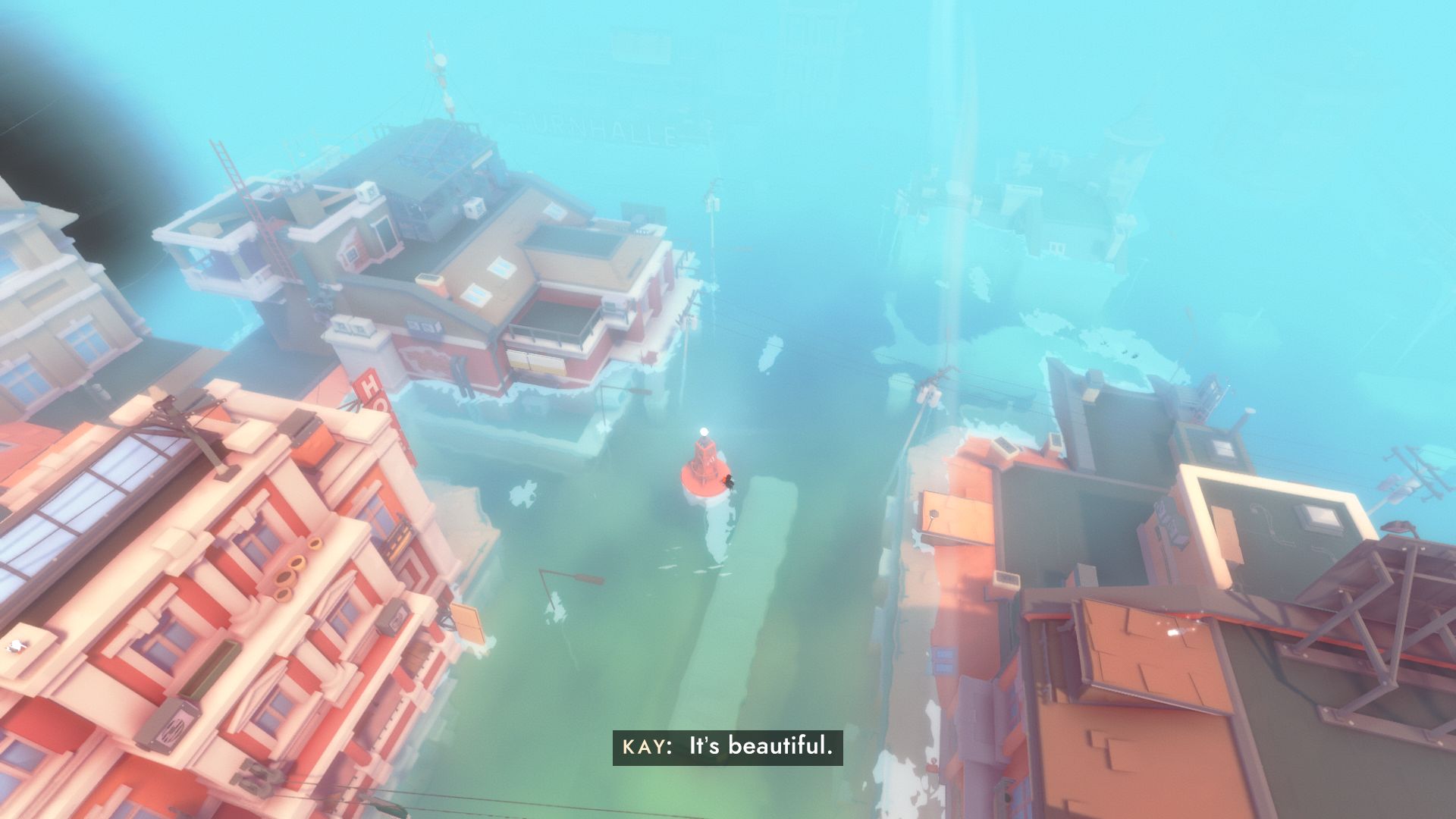 Despite the name of the game, you actually spend a lot of time out of your little boat and running around the washed out houses of the game's Berlin setting instead, as sections of the water raise or lower and change which bits of the map are accessible. That depiction of Berlin changes with Kaye’s emotional state. It is beautiful and welcoming in the sunshine, but frightening and hostile in the dark and the rain. It’s a fun place to run around, and Kay’s bare feet make a nice little slapping noise on the floor. There are gaps to jump, semi-cryptic messages in bottles to collect, which hint at the cyclical nature of loneliness, and a giant murderous mermaid to avoid. All the basics, right?

These almost-a-platformer sections are simple, but not boring. They’re usually accompanied by a simple task related to the monster you're currently chasing after, like collecting memories or melting ice walls, but they're also where you get more context for who Kaye is and why she’s here in the first place, which is the more interesting part anyway. 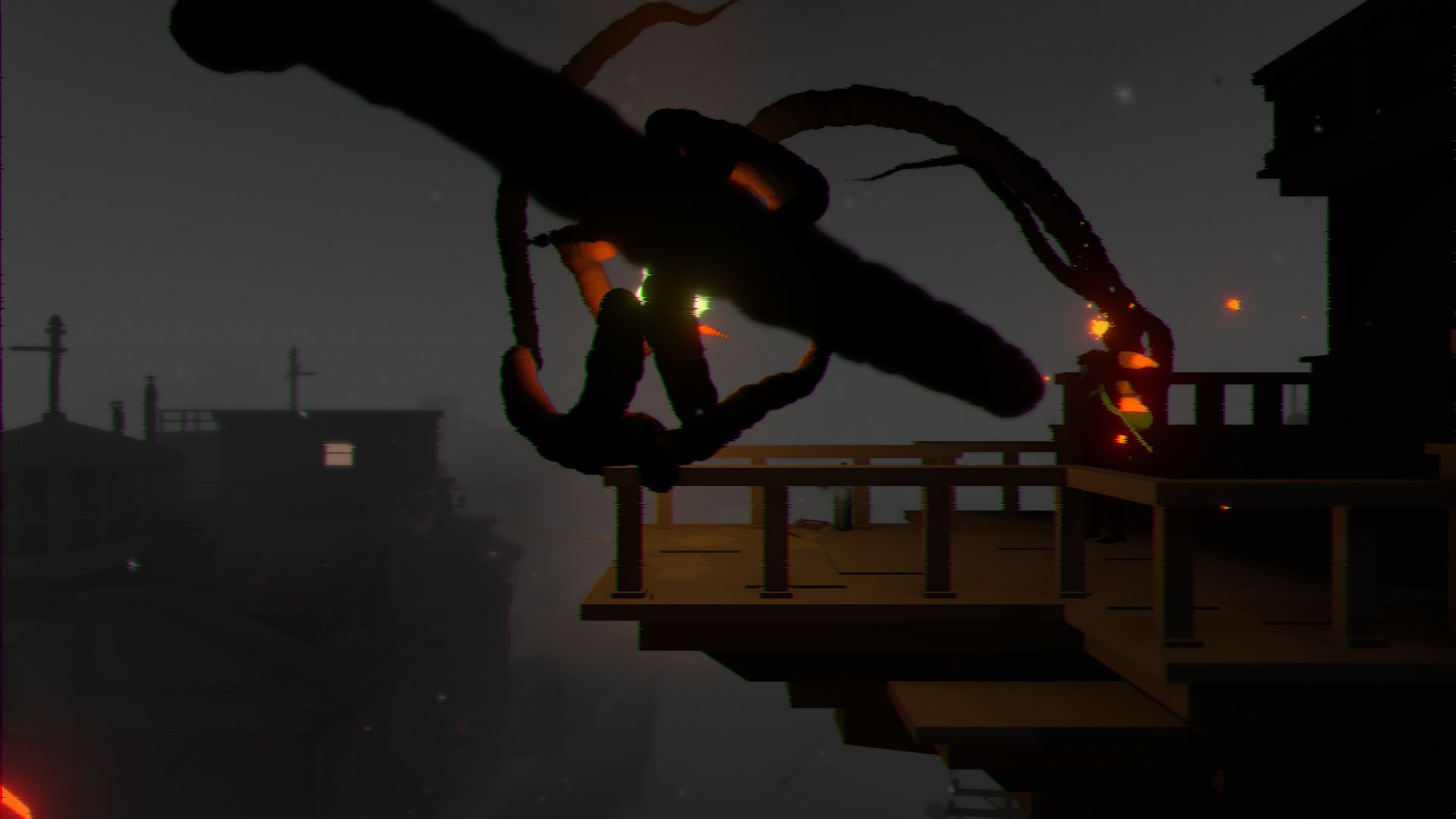 So now we reach the other half of getting close to people, the emotional, metaphorical bit. It’s the larger part of the Sea Of Solitude, and yet also the bit most in danger of being spoiled if I talk about it. The morals are quite simple and explicit, really, as are some of the hats mentioned earlier. If Kay collecting other people’s emotional baggage in a literal backpack is a thought wearing a hat, it’s a see-through shower cap. But they’re also the sort of things that a lot of people will probably benefit from being told simply and explicitly, and so I begrudge them nothing.

I don’t think all of it works neatly. Kaye is able to summon a flare from within herself that shows her the way, so I was reading it as maybe being her emotional instincts, but then she can also use it to banish smaller monsters or change them into positive versions of themselves. She chases after a ball of light she calls Glowy, which helps her but gets attacked or captured by negative emotions. I was never quite able to work out what Glowy was. So who knows? 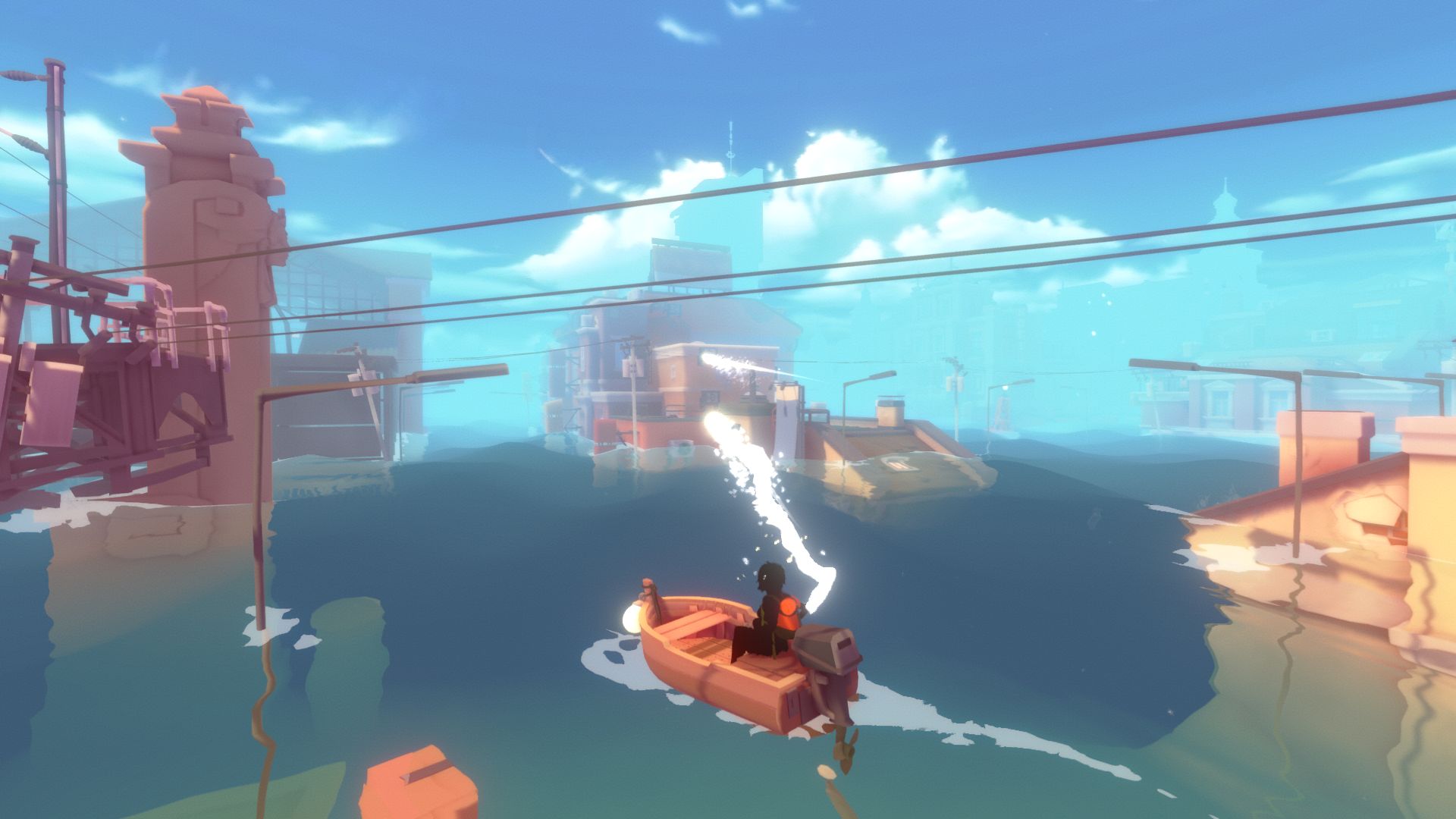 At the heart of Sea Of Solitude is the idea that all emotions can have a positive or negative form -- love can be twisted to be something unhealthy or saddening, for example, just as being alone can be quiet solitude or debilitating loneliness. I’ve no doubt that Sea Of Solitude might seem facile to some people, but that just means it isn’t for you. I think it’ll probably be for a lot of other people.