Nu-Hitman's time-limited Elusive Targets are nothing new, but this latest is worth a spot of ballyhoo because a) it's the first one for the simply sublime Hitman 2 2 b) it's only bloody Boromir himself.

Sean Bean's famed for meeting a great many sticky Hollywood ends, which the Elusive Target nicknamed 'The Undying' makes a huge theatrical wink towards. We already knew the other Mr Bean's head was due to appear on Agent 47's chopping block (too soon?), but today's the day. Go forth and stick something sharp into Sharpe.

The shtick with Elusive Targets is that they hang around in one of Hitman / Hitman 2's sumptuous and capacious maps for a short while, in this case 14 days. You also only get a single shot at the target (though sometimes ways and means around this have been found) - if you die or otherwise flub the mission, they'll escape forever. Whatever unique unlocks assassinating them would have granted are lost too, and in this case making Mr Bean get his Boromir on blesses you with an exploding pen.

The voice of Civilization VI is now wandering the VIP rooms of Hitman 2's vroom vroom cars-themed Miami level, holed up initially in the conference centre. I've asked him to say hello to my little friend already; all I'll say is that getting up close to his slightly mushy Beanface and hearing his gravelly Northman tones is surprisingly straightforward, but introducing him to his maker is another matter entirely. This is, after all, Hitman. 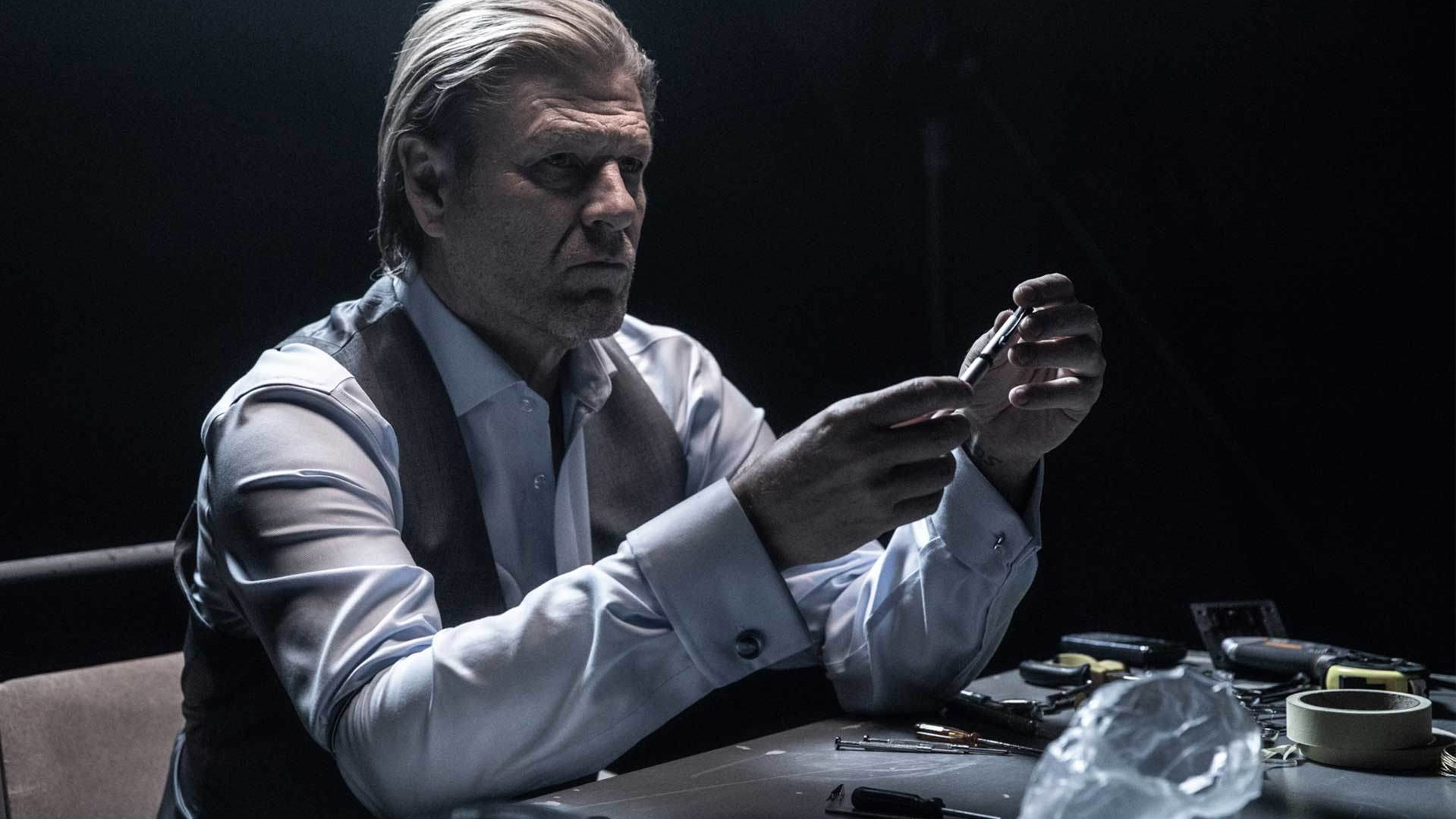 As our Hitman 2 review puts it, "although IO’s latest take on their murder-sim doesn’t veer too far from the previous game’s reinvention, it spends time re-enforcing what made it so good to begin with." Personally, I'd sing even higher praise: though it's functionally the same game as 2016's Hitman, the sense of possibility in each of its massive new maps floors me.

My only regret is that it is not, like its predecessor, an episode game, as that encouraged me to really exhaust each mission in the temporary absence of a new one, rather the blow through 'em to get to the next. Hopefully that's where the Elusive Targets come in - a fine excuse to get back. Question is, what stunt casting do we want to see from them next? My vote is for the exploding man from Garth Marenghi's Darkplace.