It's a stupid thing to get excited about in the grand scheme of things, but Sennheiser's new 'contact pressure slider' on their flagship GSP 600 gaming headset really caught my eye when it was announced at this year's CES tech bonanza. It wasn't exactly clear what it did at the time thanks to Sennheiser's rather vague description in its press materials, but it gave me hope that maybe, just maybe, it might help alleviate my ongoing battle with the dreaded headset headband pinch and become the best of all time. Here's how I got on.

As it turns out, Sennheiser's contact pressure doodads are actually very similar to the sliders you'll find on the Turtle Beach Elite Pro headset. Situated on either side of the padded headband, these movable bits of plastic allow the headset to cater for those with wider-than-average skulls. Slide them down toward the ear cups, for instance, and the headset flexes outward much more easily than if they're both fully upright toward the middle of the headband, making it easier to open out and fit over your ears.

I couldn't really see any visible difference when I tested the Turtle Beach Elite Pro, but here the effect is really pronounced, giving the GSP 600 a surprising amount of elasticity for such an outwardly bulky-looking headset. It's still quite a snug fit, even on its widest possible slider setting, but it's a welcome bit of flexibility that starts to make its rather eye-watering price of £220 / $250 a teensy bit more palatable. 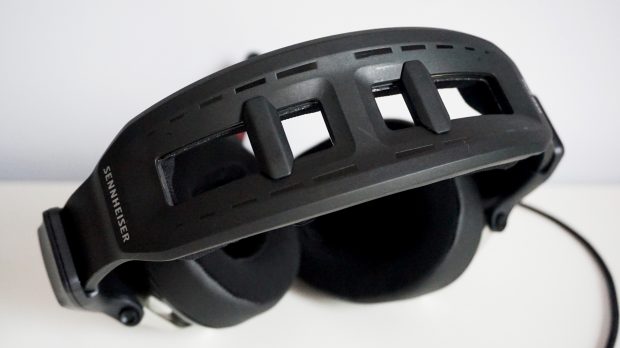 Sadly, even this wasn't enough to stop the GSP 600 from gradually becoming an oversized head clamp after about half an hour. As per usual, I had no problem whatsoever with the headset's plush ear cups. These were both big enough to completely encompass my ears and the soft, faux leather finish felt nice and comfy against my cheeks. I was also quite partial to the chunky volume knob on the right ear cup, because who doesn't love a good chunky volume knob?

Alas, the GSP 600's headband just didn't have enough padding for my liking, and I had to keep shifting it around to stop it pressing down too much on my head. This may, of course, be a problem that's limited to just me, as I always have problems with headset headbands unless they opt for a ski-goggle design like the Steelseries Arctis 7 (or indeed Arctis Pro). I'd imagine that most people would probably get on quite well with the amount of adjustment afforded by the GSP 600, but don't say you haven't been warned.

Another gripe I have with the GSP 600 is the fixed microphone. Like the GSP 350 before it, this is activated by moving the boom arm down toward your mouth and muted by raising it back up again. Short of making sure it's as far back as possible, though, there's no clear or tactile indication that you've done this correctly, such as a click or LED light, so you could be slurping away on a cup of tea completely unaware all your mates can hear you as well. 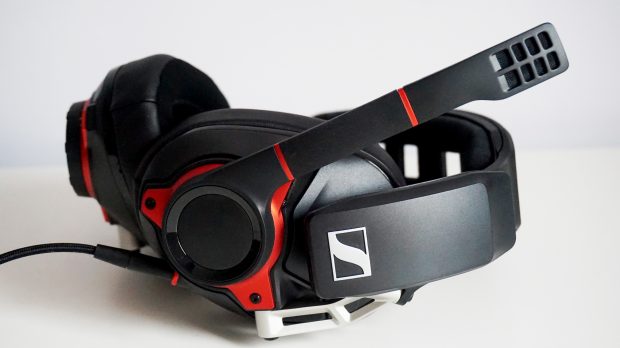 This is more a matter of personal preference than anything else - there's nothing quite like an easy button press for the sake of convenience - but I also wasn't massively impressed with the subsequent quality of my recorded chat. I could still understand what I was saying, but the way the mic falls quite close to your mouth means it often sounds quite muffled, like you're breathing down your own neck. I managed to move it a bit further away through a bit of coercion, but there was still an undercurrent of breathy pops beneath the surface and it didn't feel like I should have been able to move it sideways either.

As an actual headset, the GSP 600 has a definite bias toward the low end of the audio spectrum, which may suit some people's tastes more than others. Personally, I'm not a huge fan. In Doom, for instance, I found its fast, bass-heavy soundtrack was a bit lacking in nuance at times, and I couldn't really hear the sweet squelching of demon skulls unless I turned the volume up.

At lower volumes, they just tended to get drowned out by the boom of the game's underlying battle tracks, but turning it up had the adverse effect of making everything sound a bit too in your face, like I was being assaulted by the sound as well as the plasma rifles of Possessed Soldiers. 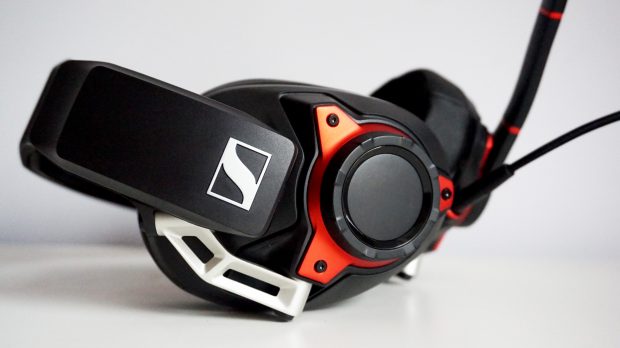 Some people might dig that kind of approach to game music, but it can also make for some pretty flat narration in more sedate games. Hellblade's barrage of voices, for instance, sounded fine on the GSP 600, but they ended up feeling almost secondary to the deep, rumbling weather effects. Other headsets, meanwhile, have managed to send shivers down my spine when listening to the game's opening monologue, but this one left me a little cold.

The same thing happened when listening to my general music collection through iTunes as well. Higher-pitched instruments like violins and pianos in Final Fantasy XV's orchestral tracks, for instance, constantly sounded like they were struggling to be heard over everything else, and even then they sounded quite dull and muted compared to other headsets I've worn in the past. 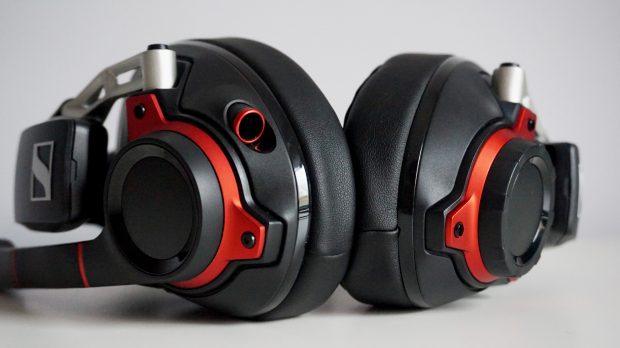 Pop and rock songs fared better, however, as here the headset's bass leanings gave vocals and backing music alike a rich sense of warmth and full-bodiedness. Nothing felt like it was being overshadowed by anything else, and funnily enough I felt the same way when I booted up Final Fantasy XV itself and listened to its music in-game. Likewise, the headset's sense of surround sound was excellent. In Doom, I was able to accurately pinpoint where individual shots were coming from, and Hellblade's binaural audio felt like it was accurately swirling all the way round my head.

As a result, games with more traditional soundtracks like FFXV will probably sound absolutely fine on the GSP 600. It's only once you start veering toward particularly loud or quiet games that you start to see (or should that be hear?) the cracks forming.

Ultimately, though, there shouldn't really be any 'cracks' in a £220 / $250  headset, and its slightly pants microphone and iffy fit don't exactly help matters. Yes, it's nice you get two braided 3.5mm audio cables in the box - one with separate headphone and microphone jacks and one that combines the two for laptops - but for me the Steelseries Arctis 7 still reigns supreme as my gaming headset of choice.