Nearly a quarter-century after The Ultimate Doom added episode four -- Thy Flesh Consumed -- to the genre-defining FPS, original Id developer John Romero gives us a fifth for free; Sigil. Nine new levels for the original Doom, so no super shotguns or (thankfully) Revenants. It's pointedly old-school demon-slaughter, claustrophobic and dark, with a look that never strays too far from the original game. While free today with a MIDI soundtrack, a commercial version landed last weekend with guitar accompaniment by masked metal maven Buckethead. Below, my thoughts on it.

If you want to have a good time with Sigil, then it's best to curb your expectations. While advertised as a 'megawad' (usually a 20-32 level pack; a full Doom's worth of demons), this is nine relatively short levels, and one of them is hidden. Each map also has a deathmatch arena built in, but inaccessible unless you're playing multiplayer. I can't speak to the quality of the deathmatch, but the regular single-player levels are excellent, and offer radically different experiences on Normal (Hurt Me Plenty) and Hard (Ultra-Violence) difficulties, making it well worth two trips.

On Normal, Sigil is playfully designed, and not especially tough. It establishes its own visual language early, with green 'evil eye' glyphs acting as shootable switches, and often required to progress. Rather than hit a big switch to end a level, you walk into a big goat-demon mural flanked by blood-fountains. As he's no longer restricted to Doom's original DOS limitations, Romero has also decorated the levels with his new favourite effect - glowing, pulsing spider-web cracks in the floor and ceiling.. As well as looking neat, it helps visually define the space, especially in darker areas.

And darkness you will find. Set entirely in hell, Romero plays with the idea of it being an abstract, unpredictable space where traps and chambers unfurl around you. While I never found it unintuitive, the way forward isn't always obvious. Doors and switches and the next step towards a key may require a brief pause to look around, or to consult your map. It's just weird enough to make me feel smart when a couple seconds of extra thought reveals the answer. It's also full of ambushes, and Barons Of Hell are frequently used to pressure the player and drain shotgun ammo. 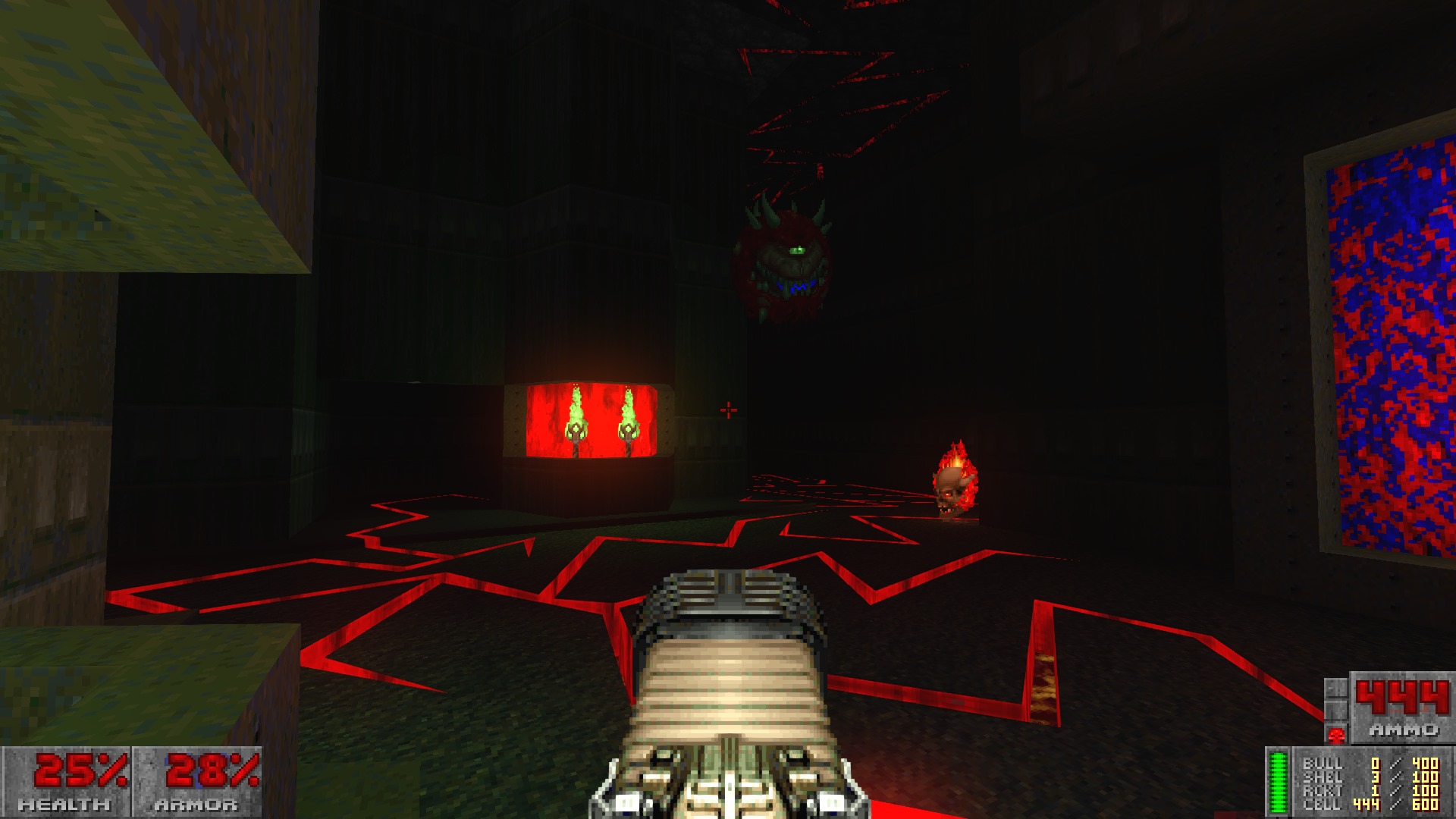 Ultra-Violence mode ups the ante. You've got the same amount of ammo, but more Cacodemons and Barons to contend with. Several levels now have Cyberdemons stomping around, which you absolutely will not have the ammo to fight, so don't even try. Treat them like noisy rocket turrets, and keep moving. Use those berserk packs to punch out demons, chainsaws on lone Cacodemons, conserve every shot you have and search for secrets. While not as brutal as some fan-made Doom campaigns (Sunder springs to mind), it's a tough workout, even for experienced players.

At the end of the day, it's a good couple hours of more Doom, with some clever ideas despite being limited to the original game's textures, monsters and weapons. Is it going to change the world? No. Is it the best Doom campaign around? Not by a long shot. I'd recommend Eviternity as a must-play. But it's good fun. Special credit needs to go to both soundtracks. James Paddock (developer of the freeware Adventures Of Square) provided the MIDI music, and Buckethead provides one all-new track plus a collection of well-picked hellish jams, which you can sample on his own page. 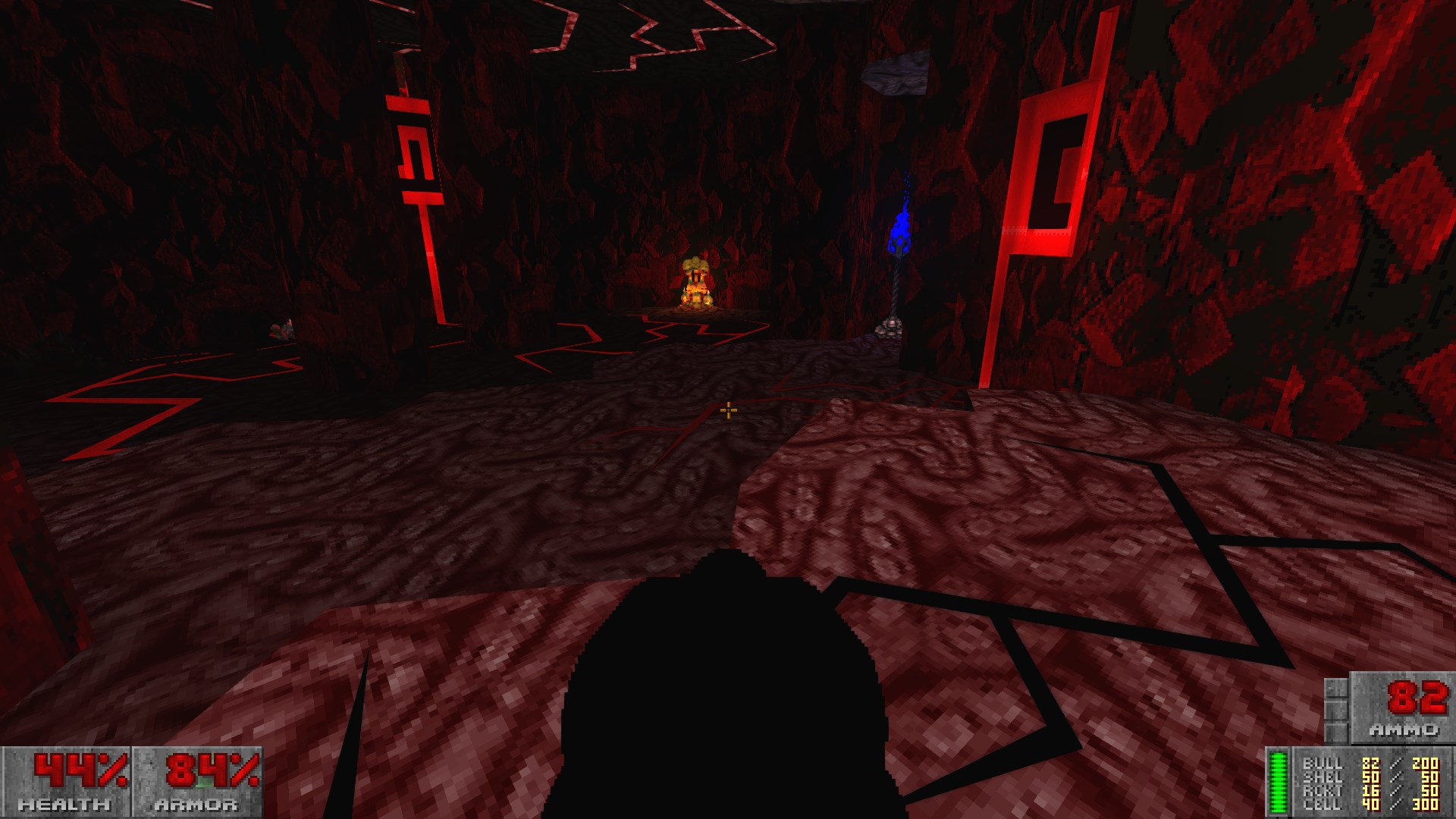 The free version of Sigil is up for download here. The paid version with Buckethead's guitar noodlings is on the same page, and costs €6.66/$6.66, because of course. Both require a limit-removing port for Doom, such as GZDoom, Crispy Doom or (for the truly old-school) Doom Retro.

As Sigil is technically a mod, you'll also need Ultimate Doom, which is on Steam, Humble and GOG for around £4/€5/$5.