You've got the moves, but have you got the looks? Aviary kick-flipper SkateBird might be gunning for Tony Hawk's long-vacant throne (with an actual hawk, no less), but you've got to nail more than grinds to take on Pro Skater. It's music, it's attitude, and it's fashion, baby. There's not a 360 nose-grind to be found in SkateBird x Jazz Mickle's Pro Cap Wearer Do A Spoopy Combo, but the free new spin-off will let you dress up a radical raven ready for the skatepark.

SkateBird was successfully crowdfunded on Kickstarter back in July. Among its many stretch goals included a bird dress-up feature designed by serial skull milliner Jazz Mickle. To tide feathered fashionistas over for now, SkateBird developers Glass Bottom Games have put together a free crossover with Mickle's Pro Cap Wearer series.

It's a brief taste of how SkateBird's dress-up will work, minus all the tiny bird jackets, shirts, shoes and such the final game will offer when it takes off in mid-2020. There's a nice range of bean-shaped birds to choose from, and a staggering range of hats to pop on their wee heads. While simple, it's a lot of fun getting the right cap, pattern, material and logo together to really draw out a small bird's natural radiance. 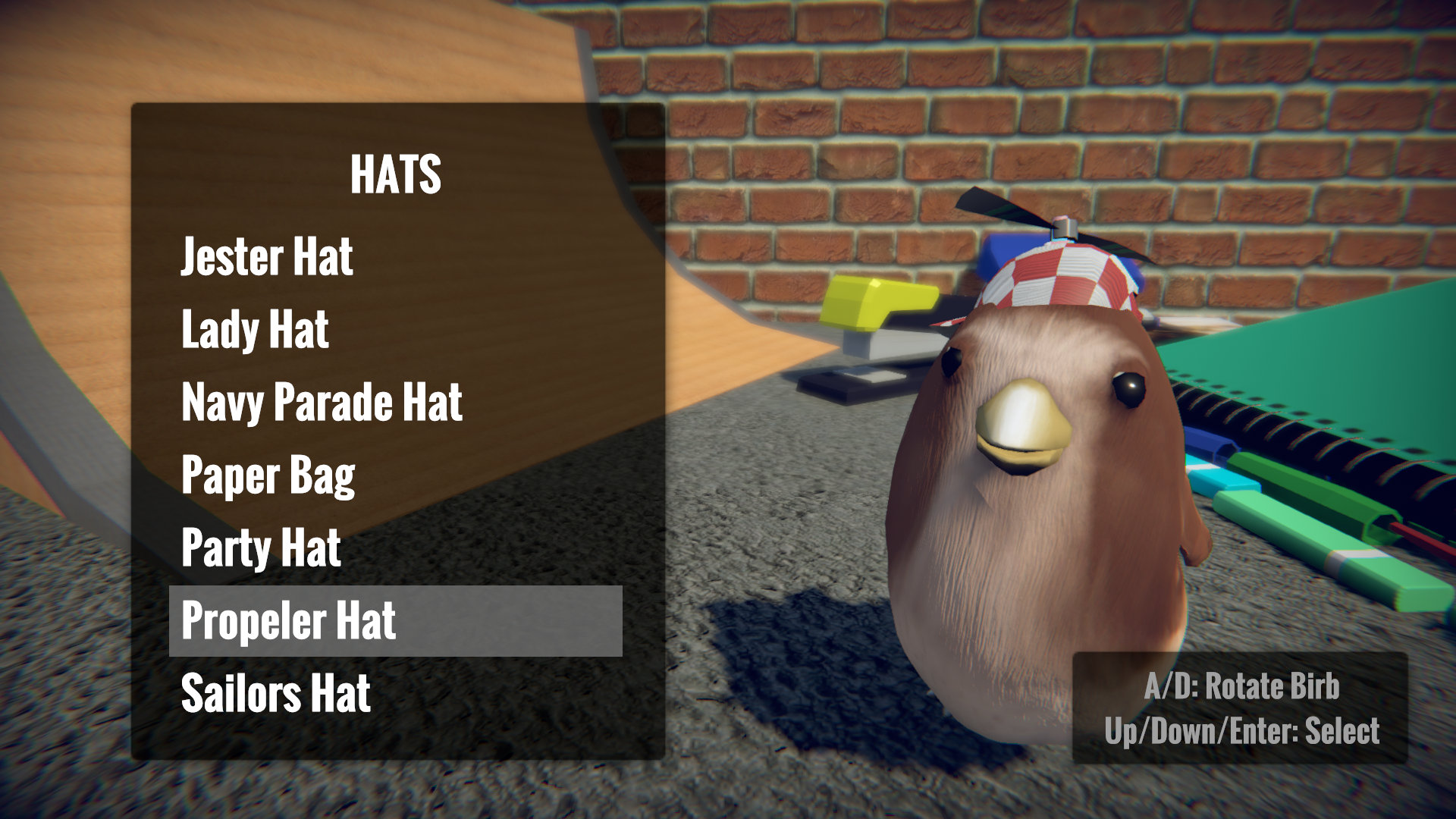 Look at this delightful feathered friend. So innocent. So ready to bust a beak on the halfpipe.

To put my own reviewer hat on for a moment, it's missing some of the snazzy photo mode features from the seminal Cap Wearer 2. More glaring, however, is the lack of a Peregrine Falcon sex hat.

Katherine went for a ride with SkateBird while it hatched on Kickstarted back in June. Despite its humble budget, she found a delightfully upbeat arcade game with a creative DIY skatepark and some slapping low-fi "bird-Hop" beats.

For now, SkateBird x Pro Cap Wearer is a neat little toy to mess around with while we wait for the final game to take off next year - particularly now that the free Kickstarter demo is no longer kicking about (replaced with just a .zip of bonus materials).

[Disclosure: One of SkateBird's other successful stretch goals involves a story mode directed by - who else - occasional RPS contributor Xalavier Nelson Jr. Beyond his work here, Xalavier and I also released a game together earlier this year. Eventually, you will too, along with every last human being on Earth - living or dead.]