Free-to-play team shooter Dirty Bomb never drew the crowds it deserved. Slightly wonky business model aside (now no longer an issue - the game is proper-free now), it was fast, satisfying and skilful stuff. Not surprising, as developers Splash Damage are as veteran as they come - they're the crew behind the excellent Wolfenstein: Enemy Territory back in 2003, and several iterations on the formula since. They've got a lot to teach, and have released their original design document for the game (formerly exclusive to Kickstarter backers) free for all. Grab it, an art-book and the game's soundtrack here.

I must tip my (imaginary) hat to Splash Damage for handling this so well. Dirty Bomb's final 'version 1.0' update went by almost without fanfare, despite the years of work and effort that went into it. Making the game free and releasing the design document are both class acts, and may give hopeful up-and-coming developers a little more insight into how a competitive shooter gets made. Between that and the game itself being available to poke around free, it acts as a good case study for anyone thinking of following in Slash Damage's footsteps, and identify what may not have worked so well. 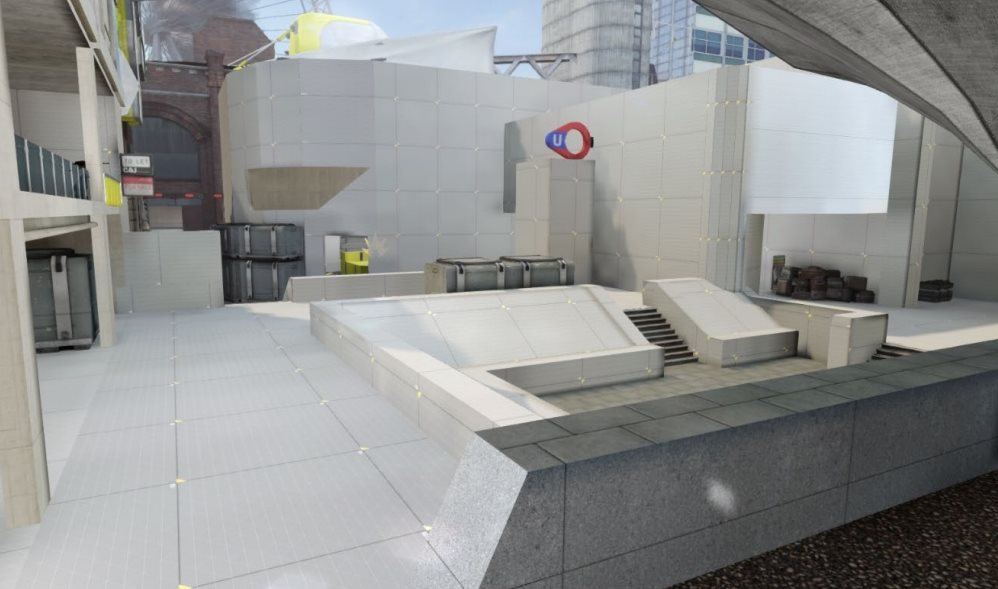 The design document itself is a massive 300+ page book, dense with graphs, math and deep dives on fundamental genre concepts. There are explanations on exactly how recoil works in the game, how accuracy is affected by movement and aiming states and plenty of clever bits of grey-box map design. If you want to see how a multiplayer map goes from first concepts to finished and heavily playtested space, it's a great little read, and you might even pick up some tricks. Some of the character profile pages are good for a laugh, too - sassy swordsman Phantom was apparently envisioned as part Deadpool, part Brony.

You can grab the books and soundtrack here, and if you've somehow not played it yet, Dirty Bomb is still semi-decently populated, and now entirely free. No microtransactions, and new character unlocks come quickly. Grab it here on Steam.