As Stardew Valley continues to potter through the farmyard garden of development, picking and planting new bits and pieces, creator Eric "ConcernedApe" Barone has revealed another feature coming in the next update: fish ponds. I would very much like a pond by my farmhouse, thank you. I think they're meant to be commercial fish ponds for us to farm and process our aquatic friends, selling their eggs to fill the mayor's maw and line our pockets with filthy lucre, but mate I just want to sit by a pond watching digikoi.

Barone revealed the fish ponds on Twitter last night, calling them "a new farm building that allows you to raise fish and collects eggs (roe) and other products." Yes, but can also I just admire the fish? An ornamental fish pond. It seems I can see and admire the coral, at least. 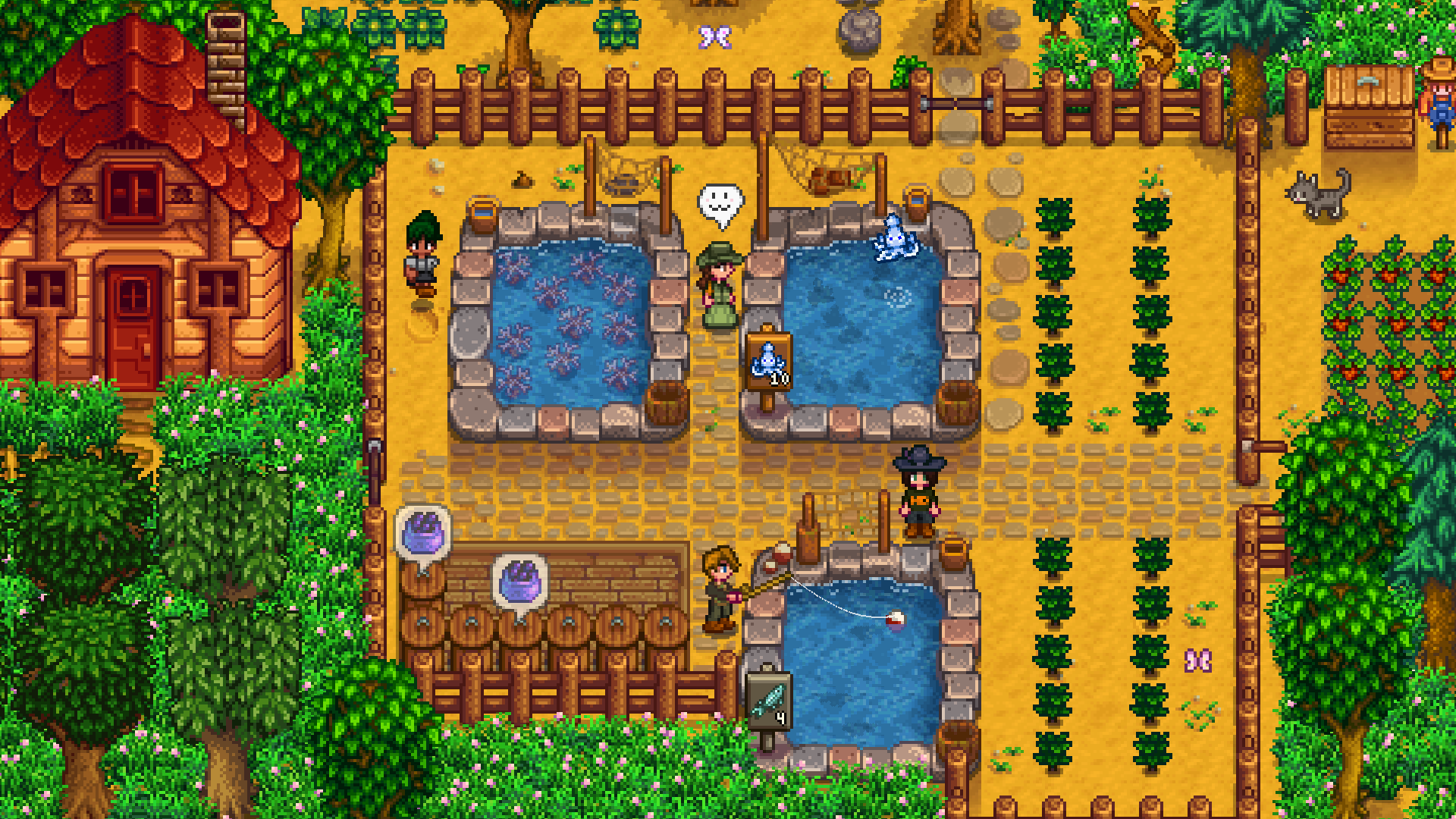 Eagle-eyed screenshot-scrutinisers on Reddit say they also spot a new shed, a new cat breed, new hats, new clothes, and other bits in there.

Another feature we know is due in Update 1.4 is the option for separate money in multiplayer. A new map designed with multiplayer in mind, named Four Corners, is also planned.

Still no firm word on when Stardew Valley Update 1.4 will launch. When it's done, okay. Did the game teach you no patience?

Barone has said he has another game idea brewing but, for now, he's focusing on adding new content to Stardew Valley himself. He's been working on building a team to continue content updates too.