We've had a few people asking how to get these stupid annoying articles out of the news feed for their favourite games on Steam. Read on to learn more...

About other stuff, clearly. This week I'm going to give away some Really Good Ideas for free*!

*All I want in return is an obtrusively prominent statue of me in the resulting game. 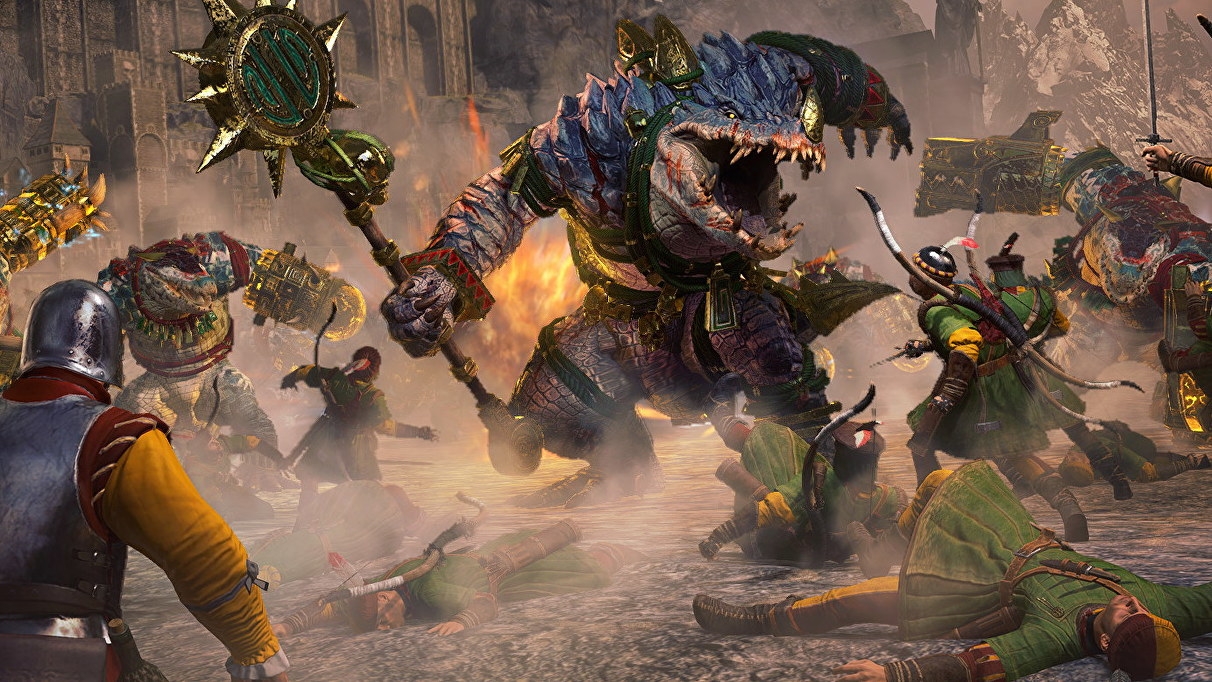 I'm starting off with a doozy. And in case you thought these were going to be jokey "good ideas", prepare to be humbled, because this is properly great:

See! I assume you're already ahead of me, but a Total War game that pits all the most favourite armies from the thirteen games against one another. Imagine seeing who could win a fight between Shogun's Hōjō and Rome II's Egyptians? Warhammer's Vampires against Napoleon's Prussians. Come on, this would be amazing! And not too much work - they've already got the maps, to give either side home advantage. And they absolutely wouldn't need to worry about balancing them - the whole point is to find out whether Caesar could have wiped out the Cult of Sotek.

I'm assuming we'll be seeing this by 2021, with most of the work going into the textures for the wonderful statues of me that the armies will have to fight around/worship. 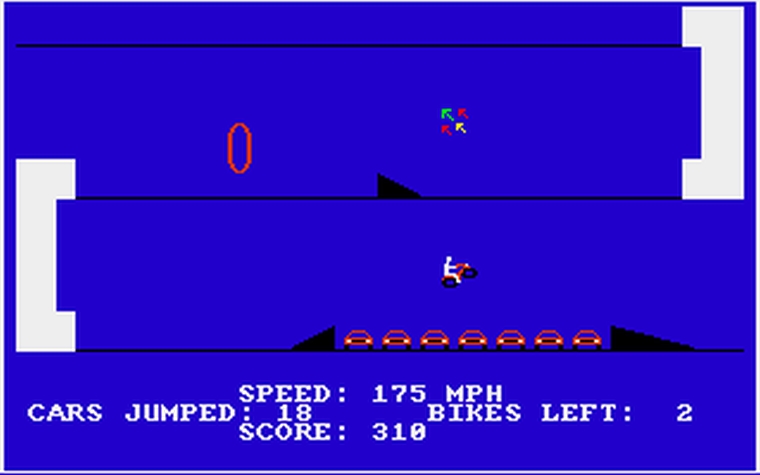 My Good Idea Is That Instead Of GTA V You Could Buy...

Game Boy decals for your fridge

8. Remnant: From The Ashes 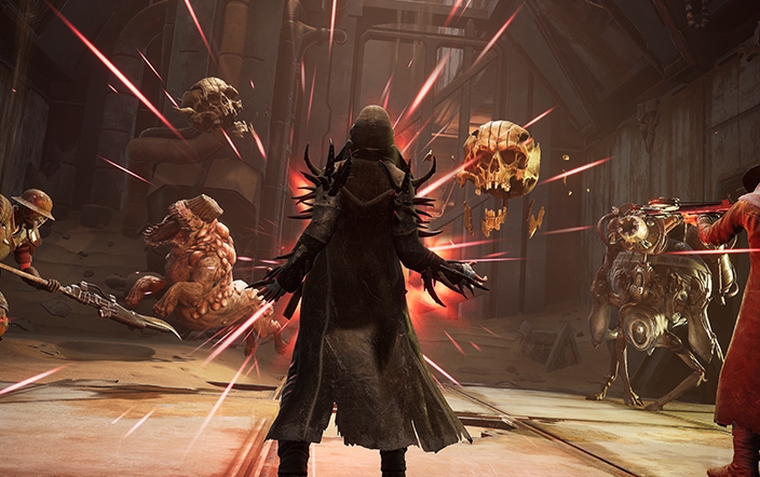 Remnant just added a free Adventure Mode, and I'll tell you folks, I sat up in my chair. I mean, I was already sat up in my chair - that's what chairs are for. It's an office chair, and honestly I'd have a hard time climbing into it in any other orientation. But I can say with absolute certainty that when I read the words "Adventure Mode" I remained sat up in my chair. A version of Remnant that I might want to play?! Removing all the fussy tedium of endless boss fights?! Except no, of course not - it's a new-game-plus that lets people re-roll the world to explore it further.

So my Good Idea here is to add a proper Adventure Mode! A super-easy mode where the WHOLE POINT OF THE GAME YOU IDIOT is DESTROYED and WHY DON'T I JUST GIT GUD so I can enjoy running about whacking things and picking up objects with happiness. 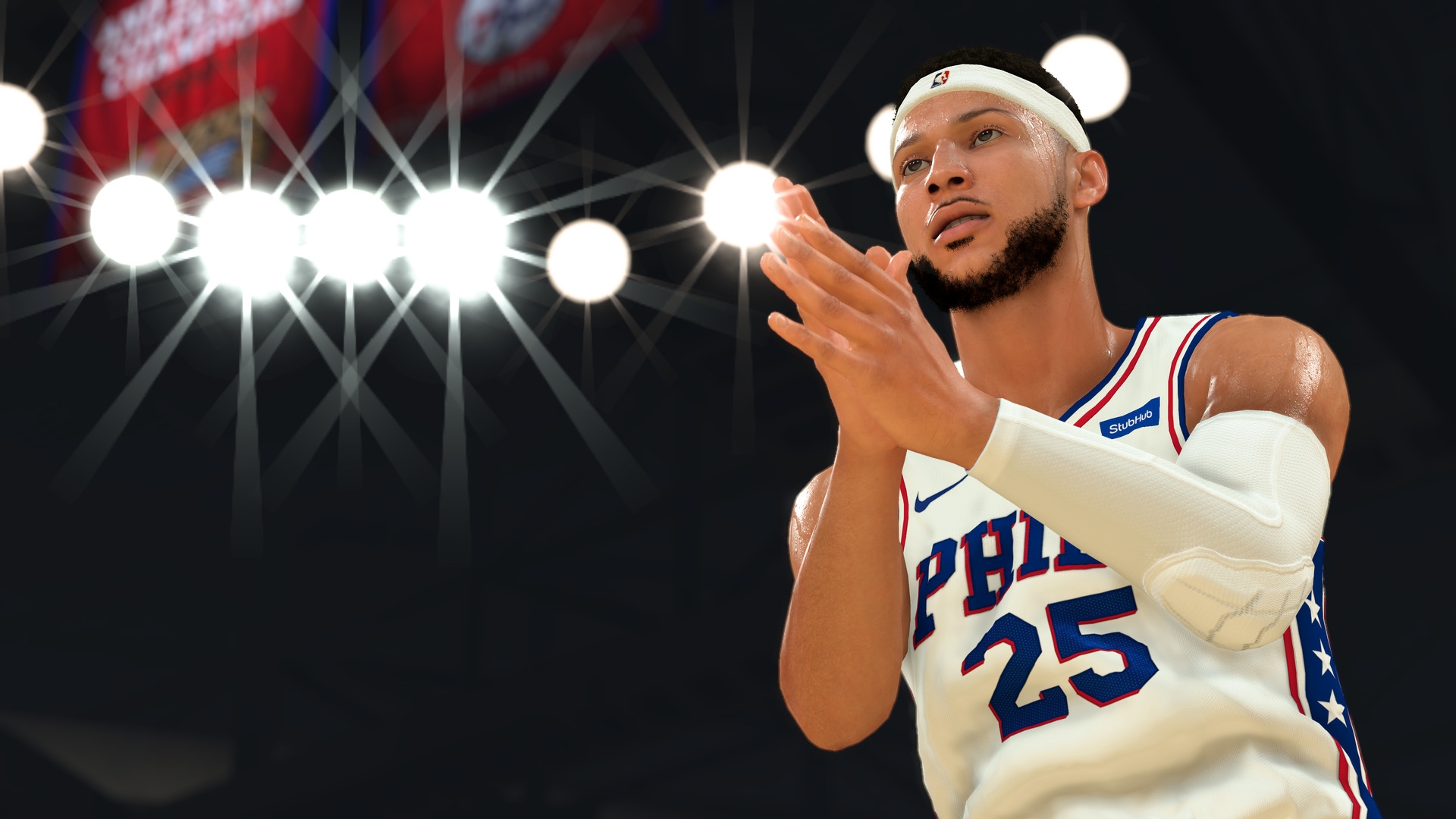 Putting aside the absolute horror-show of microtransactions and actual in-game gambling on display in this basket-the-ball sim, I'm instead having a Good Idea for what 2K could do with older versions of this game: lower their price!

Seeming like a tacit admission of just how bloody similar these games are to the previous years' incarnation, you can go all the way back to NBA 2K17 and still be charged the full £40 for the honour. The same goes for 2K18 and 19. What possible motivation could there be for maintaining the price of four-year out-of-date editions of your game other than an attempt to put people off picking up that one instead of being enticed by the latest? (It could be worse, of course - you could be Sega, just entirely deleting older versions of Football Manager.)

It'd be a very Good Idea to listen to Oh Wonder's amazing latest: 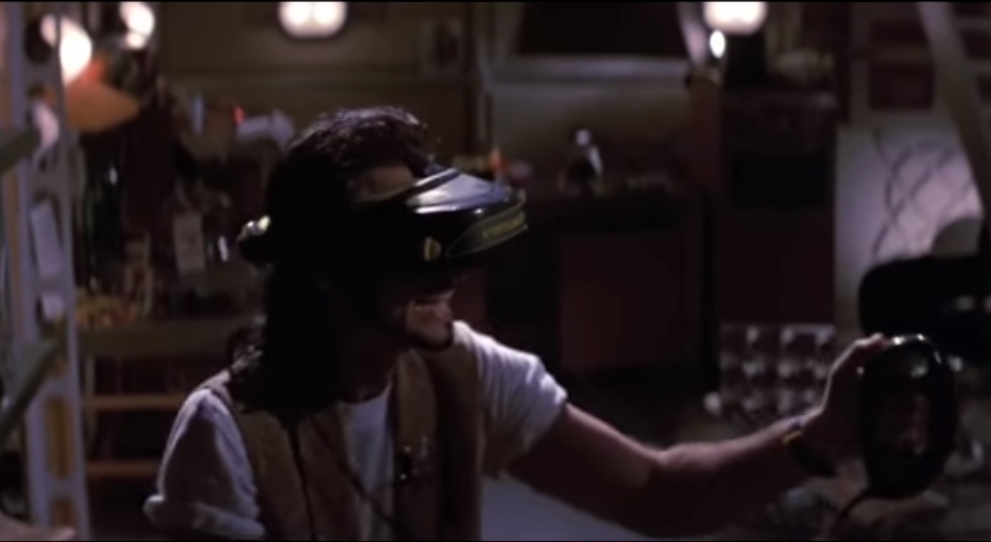 My Good Idea for VR is to advise customers to hold off until technology has caught up with Existenz. 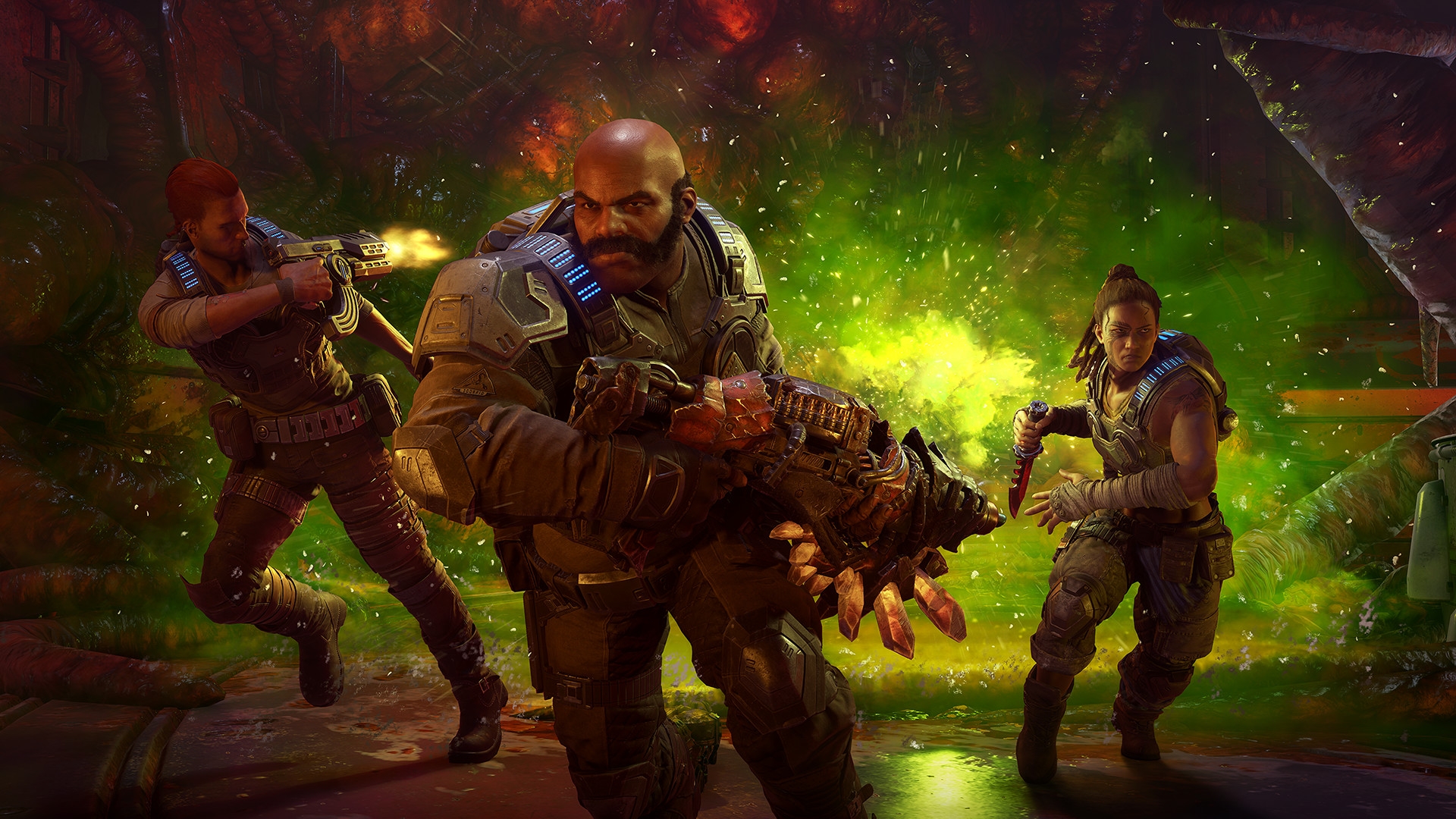 OK, OK, I confess. It was hubristic of me in the extreme to think I had ten good ideas inside me. I'm the sort of person who always thinks it's a good idea to do most of my PC hardware maintenance with the machine switched on. I'm 41 years old, and still haven't learned better.

In fact, I destroyed my first home computer in such a way aged 9, when I forgot I had to switch off a Spectrum 128 before plugging in the Kempston joystick port. There was actual smoke. My dad was not exactly impressed.

I still vacuum the insides of my PC while it's switched on. Like, semi-regularly. With a full-size Dyson hose attachment. It's never gone wrong so far! So far.

I nearly destroyed my PC only last week, having re-jigged all my hard drives - and I was doing that because I'd spent over a year with the sides off the thing, hard drives hanging out the side of it like an eviscerated horse, and I'd run out of SATA cables. I bought a new 4TB drive to replace two 1TB HDDs and a 500GB one that I've had dangling from various PCs for a decade. And figured I'd do all that with the PC on, because hey, why not! I already knew that my motherboard wasn't correctly set up to allow hot-swapping, and had previously failed to work out how to fix it, so there was literally no point, but I still did it. And you know what? It all went fine! No issues at all. Right up until I moved the tower back a few centimetre - the case sides back on for the first time in a very, very long time - to its original spot under my desk. And the power cable had wiggled a little loose, and began to fizz-pop in a most alarming manner, as my PC went completely black.

It was, fortunately, the power surge protection kicking in and metaphorically pulling the plug as I did it literally. But then my PC failed to boot for a really utterly miserable afternoon, until it of course turned out that by spectacular coincidence, it was one of the old HDDs I'd plugged in (I found a 2TB on a shelf, and had no idea why I wasn't using it, so stuck it in to my newly gained free space) that was causing it not to load. I removed that and all was fine again. I imagine that's why the 2TB drive was on that shelf.

Have I put that drive in the bin? No of course I haven't! I've put it back on the shelf, presumably to set myself up for the same in another couple of years when I've forgotten again. And yet I'm the same person who set out to write a Steam Charts with ten Good Ideas. 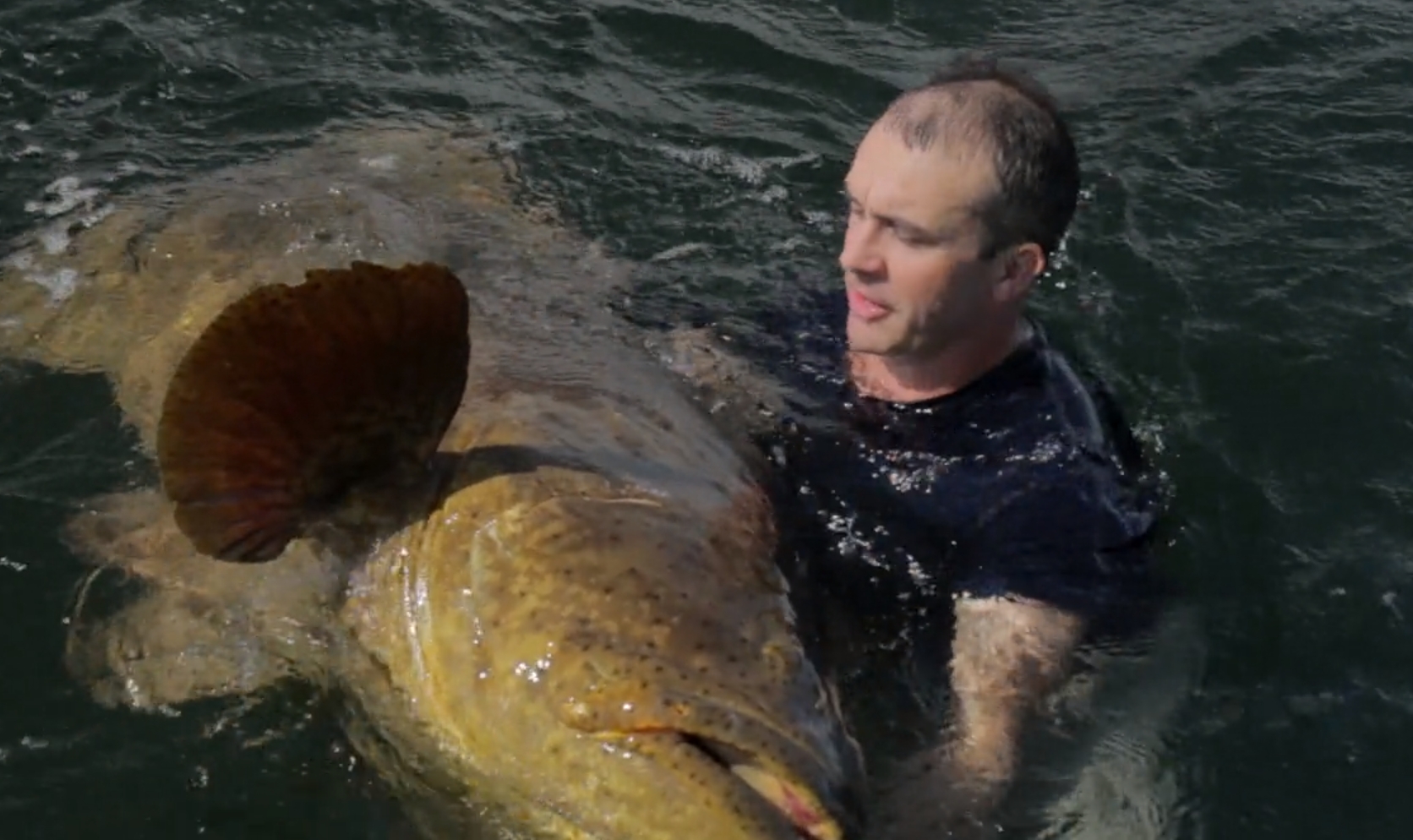 Right, I'm inverting it. I'm asking you for your Good Idea. My son (5 next month) is absolutely terrified of monsters. And we've tried so many things.

I have a theory about children. You remember the Borg? How when they were fired upon, a new weapon would work once, and then they'd immediately recalibrate their shields to deflect it a second time? That's kids. As soon as I find a way to get him to put his pyjamas on without having to ask him 29 times, the next night it's stopped working. And the same goes for deflecting his fear of monsters.

He's made friends with them, and had them on his 'side'. Worked for two nights. Insisting that daddy wouldn't let monsters come in our house in the first place only works up until I leave the room. And that doesn't do anything to prevent "Alone Monsters", the monsters he insists only appear when he's on his own. (It's so fucking chilling when he names monsters with such sincerity, like the months he was pursued by "Move" - a monster about which he was so vivid I began to feel a bit afraid of it myself.)

I'll admit I've not yet tried a couple of ideas I've seen. The monster spray (a spray bottle dressed up to be anti-monster spray), and the monster detector (a machine that bleeps when they're near). Both because they lean perhaps a little too far toward my endorsing the absolute existence of imaginary monsters, which seems counter-intuitive, and the latter because if it can beep, he'll find some bloody way of making it beep, and if it can't, he won't fall for it.

So come on then, in most part to avoid having to discuss this bloody game again, what are the things that ACTUALLY WORKED with your kids? 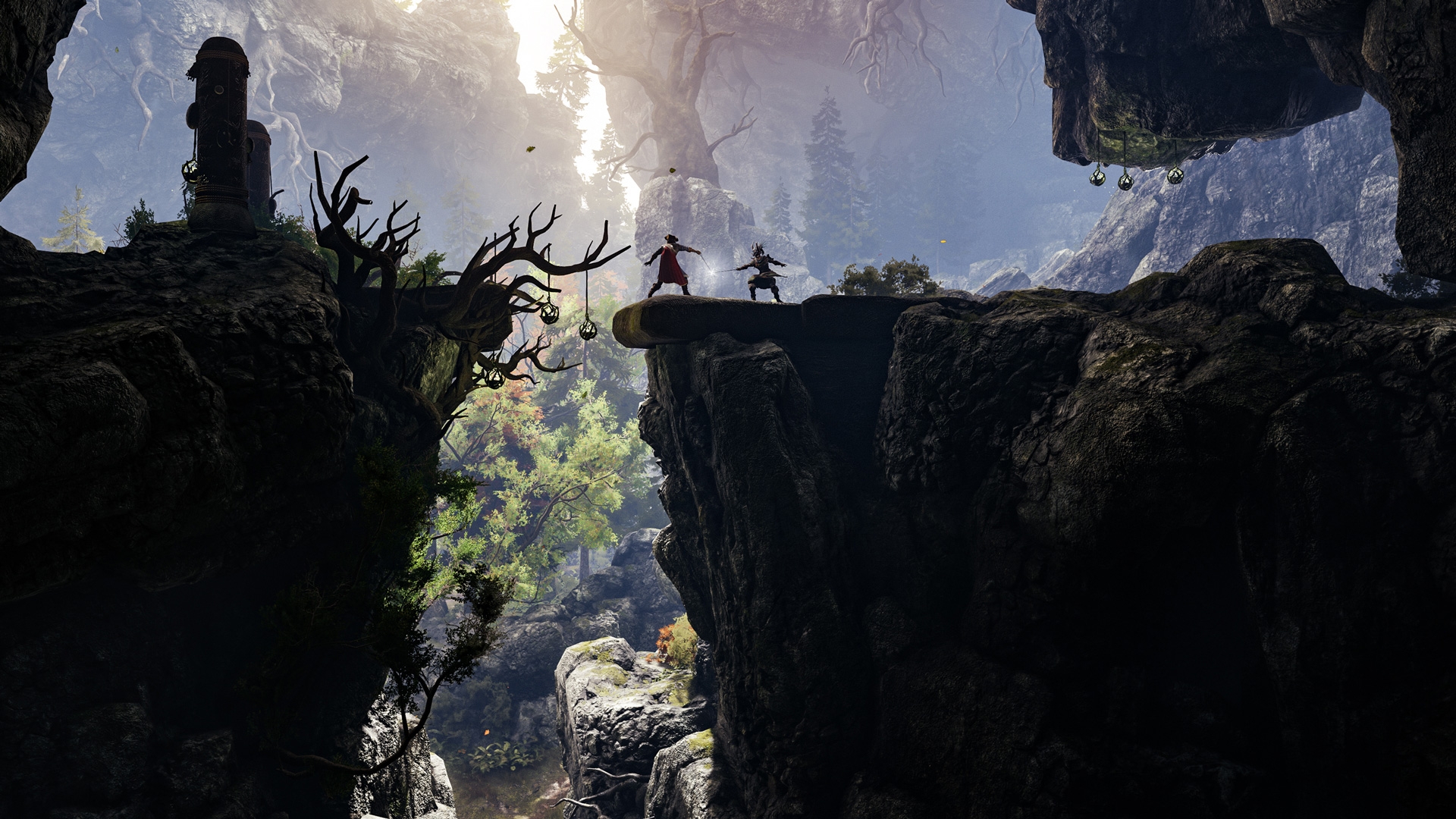 Ooh, that's rather splendid to see! A little flawed RPG getting to what might as well be the top spot in the Steam Charts (considering that whatever it might be at number 1 certainly isn't a game). My Good Idea here is to get around to playing it. Astrid wasn't that taken with it, but honestly, story-driven RPGs are so hard to come by I'm absolutely definitely going to give it a good try.

Plus I remain as delighted by the developer's name - Spiders - as I was when I first saw it eight years ago. Even if my experiences of their previous games haven't provided matching levels of delight.

No, admittedly, Pixel Puzzle Collection isn't available on PC. Yes, it's only a mobile game. But it's still more of a game than whatever the hell this is. So it's a Good Idea for me to write about this instead of that.

Pixel Puzzle Collection is in fact the most extraordinarily unlikely of things: a picross game made by Konami, featuring hundreds of puzzles based on their classic arcade games! Including Castlevania!

It's a fine picross game, which are a rare thing on mobile telephones, with ever-growing difficulty, mosaic boss puzzles, and sensibly limits itself to 15x15 grids bearing in mind the size of the screen available.

I thought I was about to finish it yesterday. Which is no mean feat considering it rations boss puzzles to one every three hours, and I was checking in whenever I remembered to clear up all of those over a few weeks. And then it revealed that 100% was only the first half, offering me the chance to complete all the puzzles again, along with some new ones, this time without being able to put in Xs. So back in I am again.

The Steam Charts are angrily ripped from Steam's internal charts of the highest grossing games on Steam over the previous week.