Today we're going to laugh together, learn together, and maybe, just maybe, if we're lucky, laugh and learn a little. Please, pull up a trouser, take a seat (take as many seats as you need - we have too many seats), and prepare to enjoy, laugh, and maybe even learn.

If I gave you 394 guesses, you'd never, ever pick what's at number one this week. 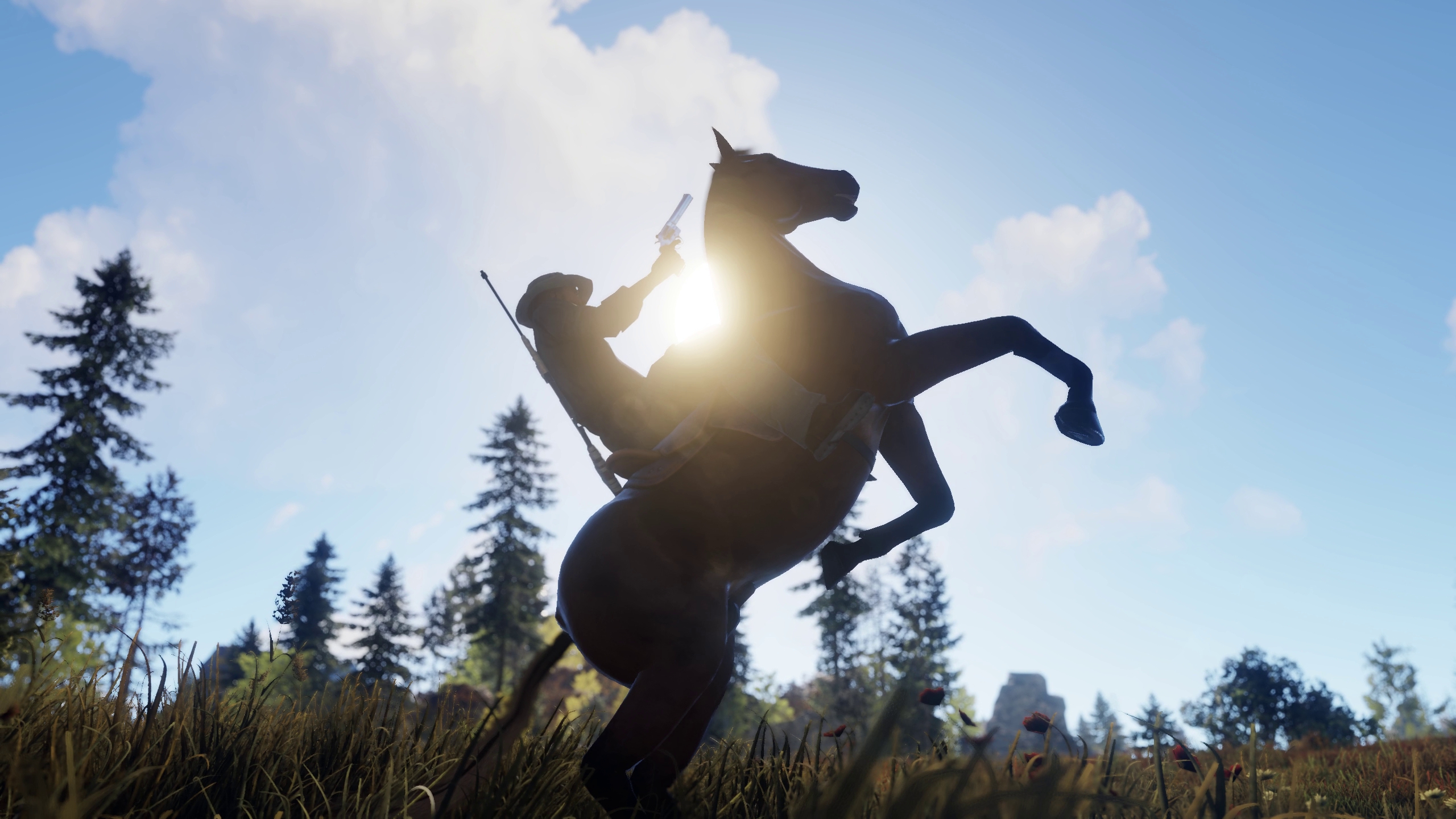 Rust just added horsies. I can only assume this is the reason it's returned to the charts this week. But horses come at a cost, as Catherine The Great will tell you.

In Rust, as in life, they need to eat an awful lot, especially if you want them to build up stamina. Apparently this is quite a primitive version of the eventual aim for horseyback riding, with the beasts just spawning into the world complete with saddles. But the main reason I'm telling you about all this is so I can quote this from the patch notes:

"horses die very quickly if kept indoors, and will despawn after being unattended for 3 hours (similar to rowboats)"

Gosh there's just so much there, but I'd like to just leave it as a perfect sentence. 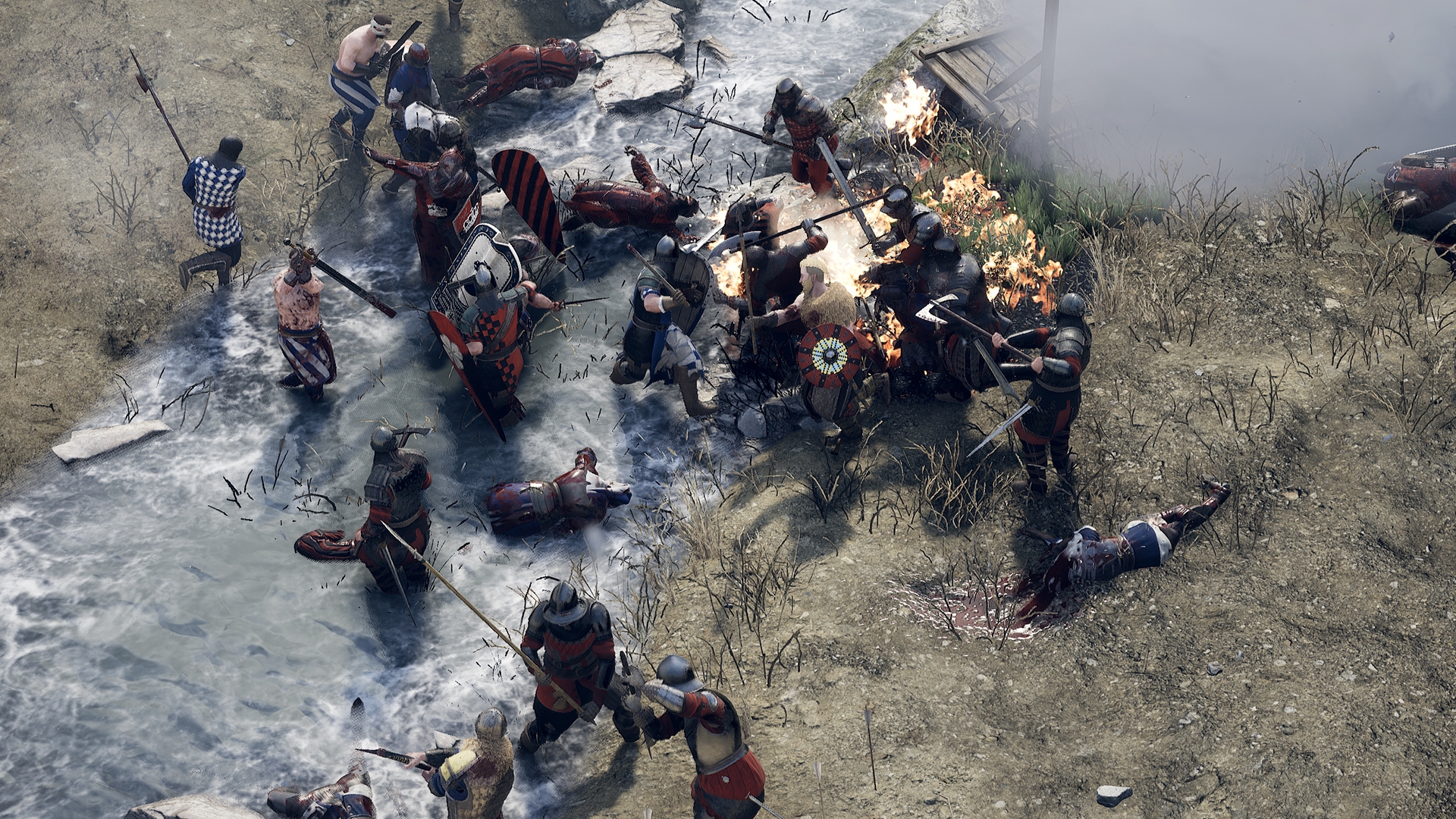 Do you know, in all these weeks of being faintly annoyed by having to think of things to write about yet another multiplayer swordmans fighty game, it never occurred to me to ponder what the word "Mordhau" might actually mean. I guess as I enter my third decade of writing about TV Games, I'm so blasé about nonsense words in game titles that my eyes just wash over them. But no, of course this isn't a nonsense word! It means MURDERBLOW!

No, really. I was going to make up some goofy definition, but "MURDERBLOW" is utterly unimprovable, German once again proving itself the best of the languages.

Except, and sorry to the German school of swordsmanship, but 'mordhau' seems a really stupid technique. It involves, and again this is true, holding your sword with both hands on the blade, and then hitting your opponent with the holdy-bit.

OK, two things there. Holding a sword by the sharp bit, hard enough to get a good swing on it to knock someone else on the noggin, sounds a fraught endeavour. Even with gloves on. But more than that, surely all the opponent has to do is comfortably whack at the pommel and it's all sorts of bleeding for the attacker? I mean, look, this is a diagram from the Codex Wallerstein: 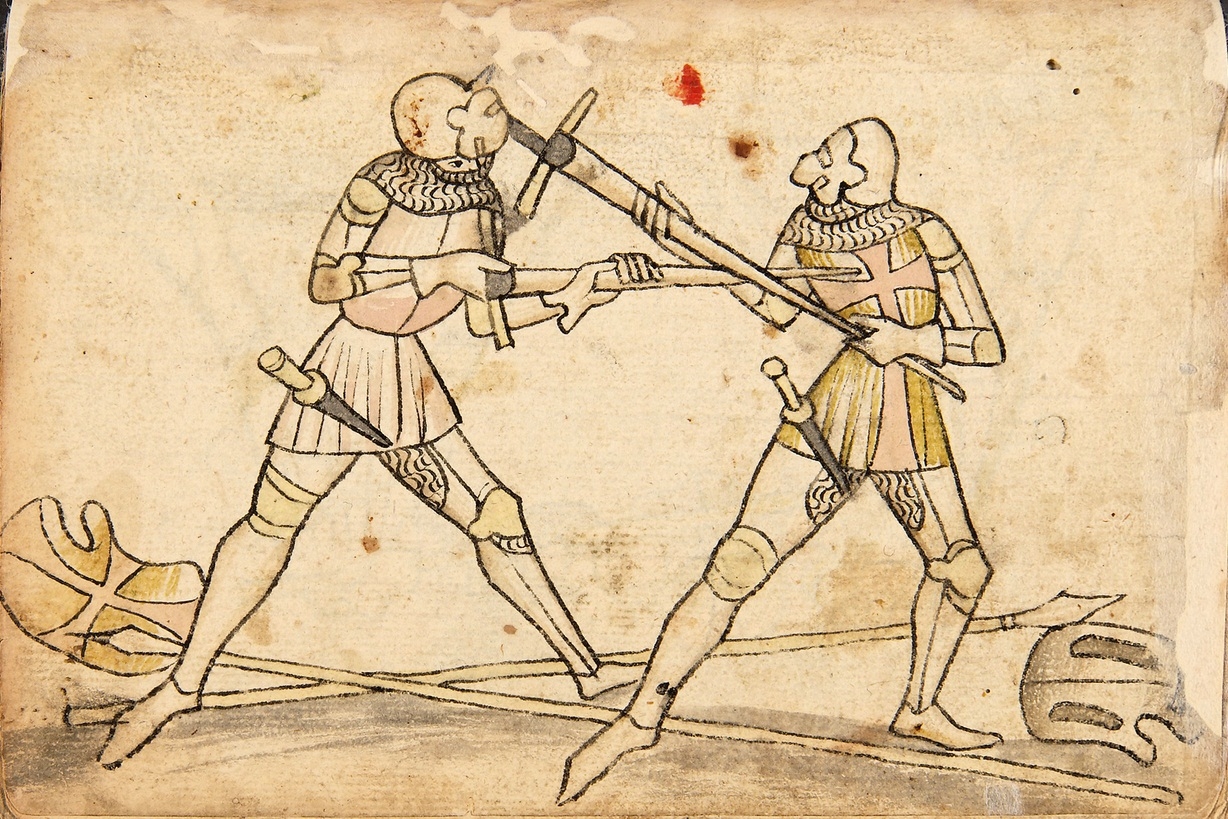 Clearly this is not an area of expertise for me, but I'm thinking "MURDERBLOW" might not been the most appropriate term here.

[All is silent in the abandoned offices of Ubisoft Montreal. Evacuated staff are being treated in local hospitals for infection, while psychological teams are being drafted in from neighbouring provinces to start dealing with the aftermath. Relatives and loved ones are receiving the news. In the darkness of the deserted development studio, a creak is heard. Then another. And another. A wheelie chair begins to move across the floor, toward one of the PCs. The monitor flickers on.] 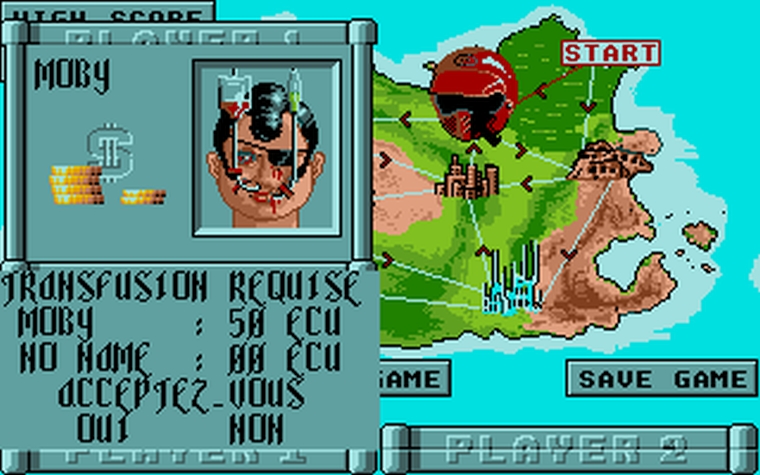 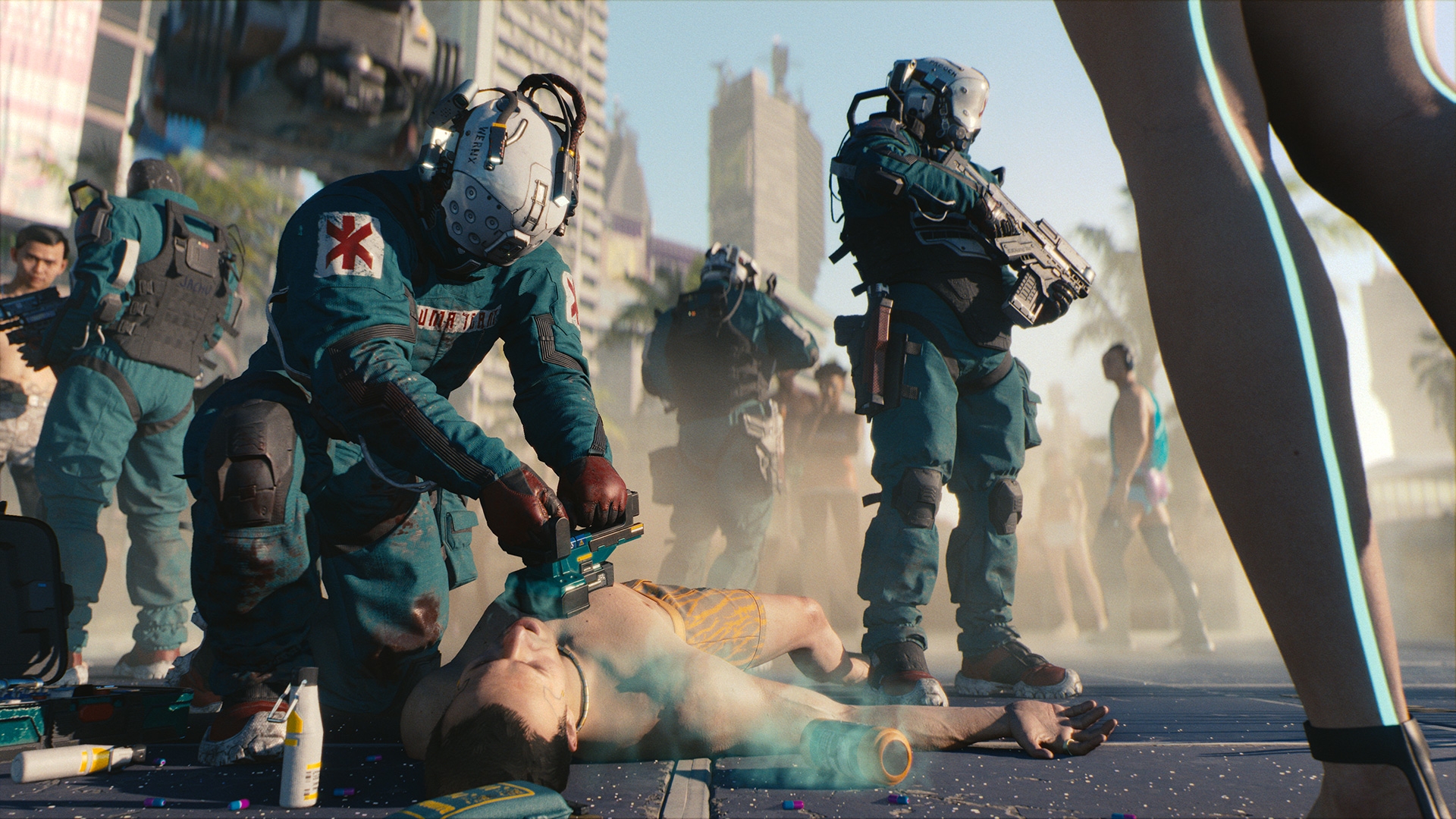 I've got some exciting news for everyone who's paying £50 for a game that doesn't exist yet, over a year before it will be finished! Banks!

This is a pretty big deal, and an RPS exclusive, but we've discovered that instead of spending money on things you can't have for literally no reason, you can instead put your money into something called a "bank". These are big shops that look after money for you, and as a special treat for letting them do so, they add a little bit of extra money when you ask for it back! Not as much as they used to in the olden days, admittedly, but still.

It gets better! Because of banks there's something called "inflation". This has nothing to do with balloons, but everything to do with money being worth less as time goes on. So in a year's time, £50 won't be as much money as it is today! Not only can you make your money get bigger in a bank, but you can also buy the game for what's essentially a cheaper price by buying it after the game is finished!

Expect to see this story ripped off across the gaming media, but you'll know where you saw it first. 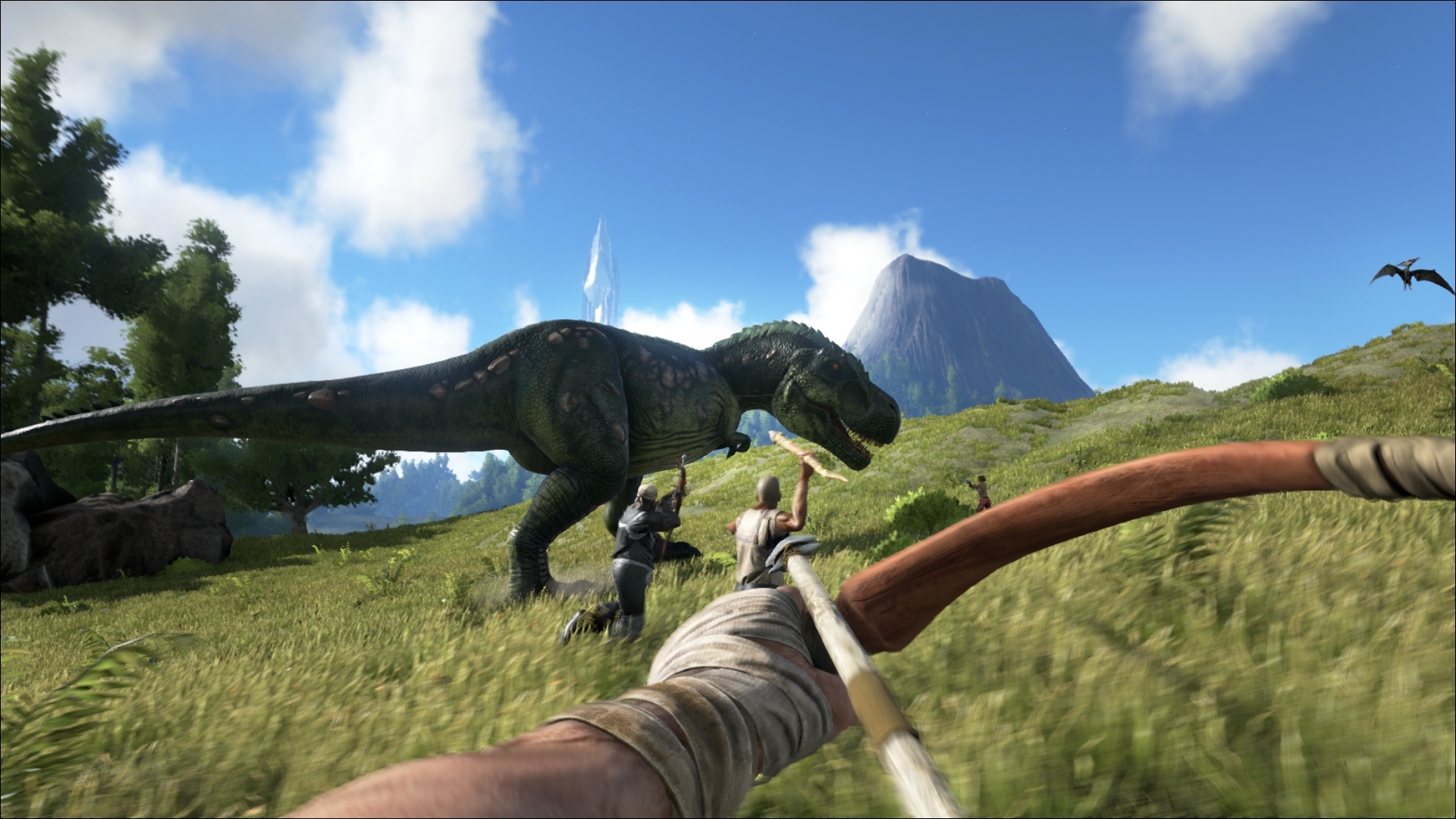 Adding in a free new update has brought a new round of people to Dinosaur Island. Which is clearly what they should have called this.

Far too much of my life is spent talking about/talking to dinosaurs, mostly made of plastic, to even countenance wanting to spend more time in their company. In fact, I got so fed up with one particular variant of dinosaur play - where some toy cars are surprised and terrified by the arrival of a dinosaur - that I had my then-three-year-old son sign a contract to say I never had to play it again. 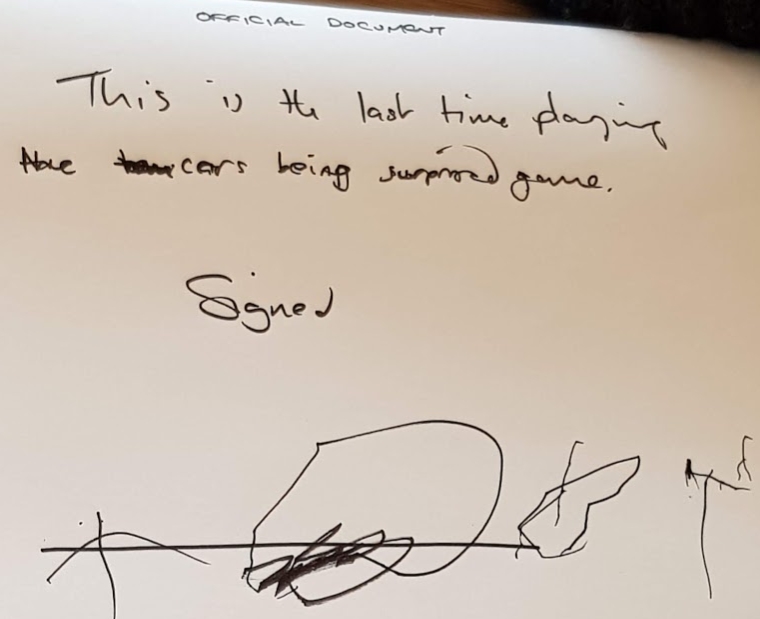 Feel free to judge my handwriting. It's like I've forgotten how to use pens. 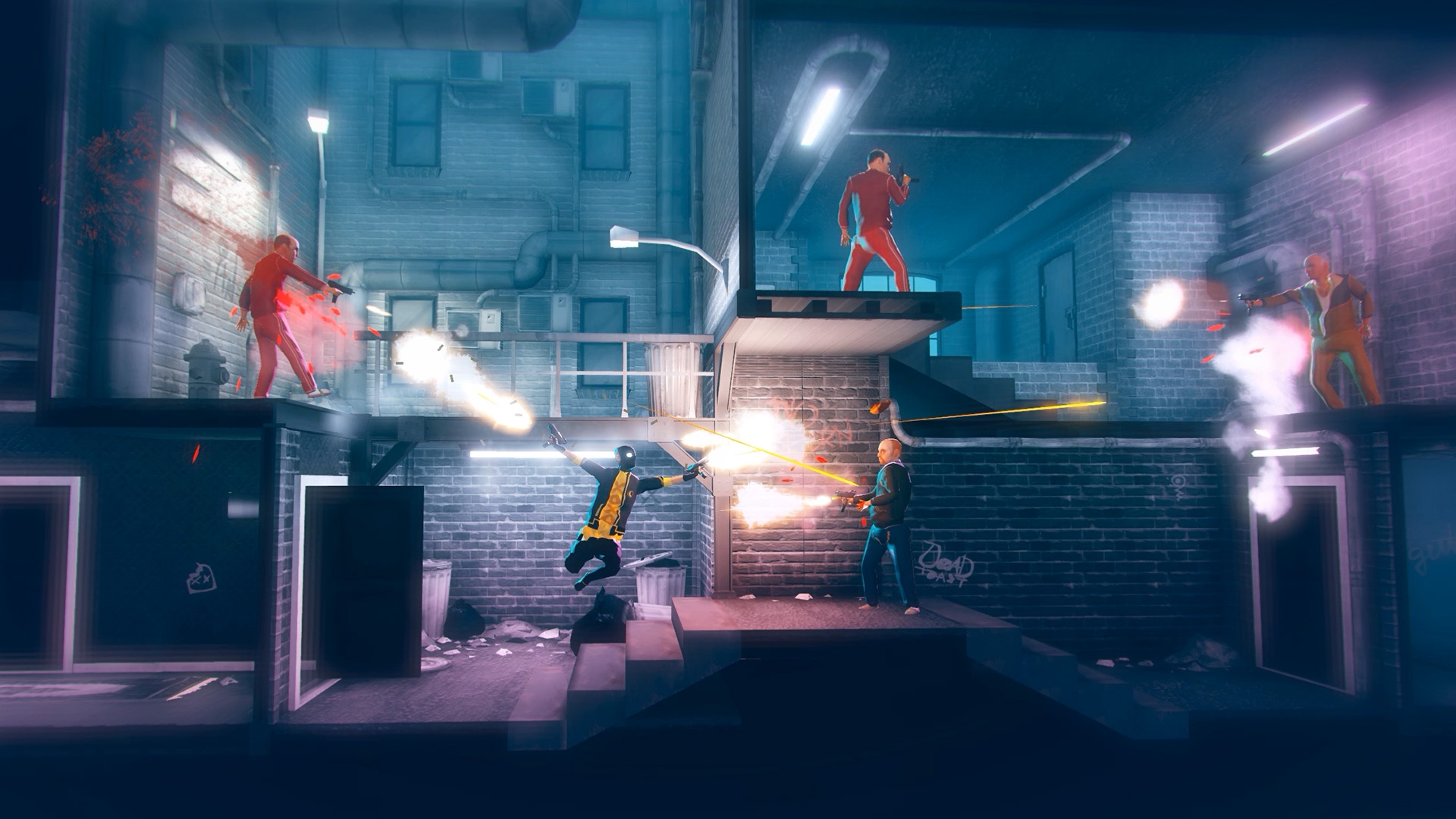 You should never judge a book by its cover, but I wish you could judge a game by its Steam description:

"My Friend Pedro is a violent ballet about friendship, imagination, and one man’s struggle to obliterate anyone in his path at the behest of a sentient banana."

There is surely no universe where that can't be a great game? Apart from, it seems, maybe this one? Graham wasn't too enamoured. 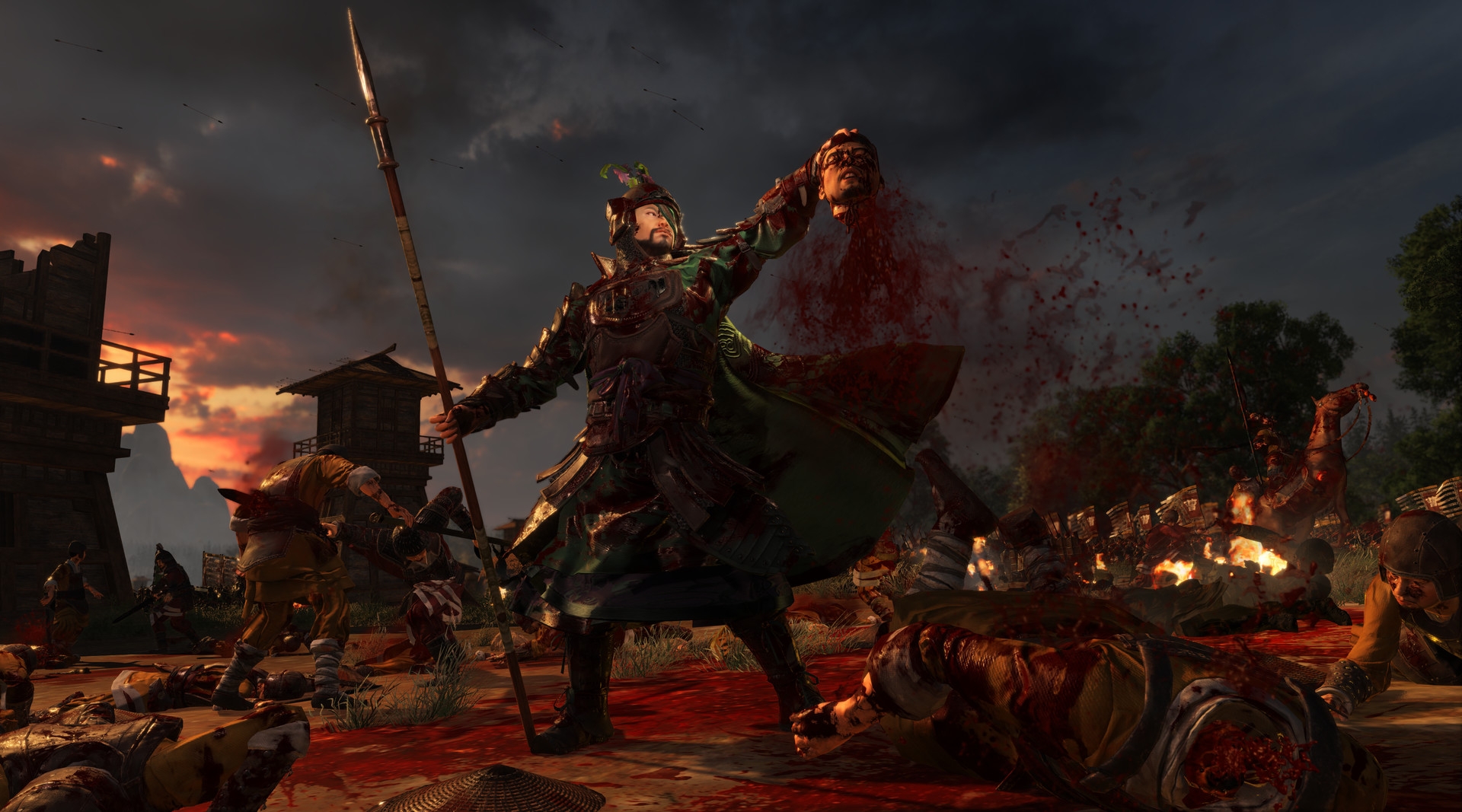 In a few days Three Kingdoms is adding something they've called Reign Of Blood - a small puddle of DLC that adds more blood and gore. Once installed it can be toggled, so you can have a more "mature" version of the game. ("I wish you would be more mature!" [chops off parent's arm] "That's better.") Which strikes me as, you know, a thing that should just be part of a game. But oddly, they're charging for this. Only £2, but still - that seems like exactly the sort of nickel-and-diming you really wouldn't want from a series like this.

It's a gory old collection:

My son has recently been getting into They Might Be Giants' brilliant educational kids albums, especially Here Comes Science. Which reminded me of one of my favourite moments in music: when they released an update song correcting an older incorrect one. 'Why Does the Sun Shine? (The Sun Is a Mass of Incandescent Gas)' came out in 1993, incorrectly calling the Sun "gas". So in 2009 they corrected that with 'They Might Be Giants - Why Does the Sun Really Shine? (The Sun is a Miasma of Incandescent Plasma)'

1. Bloodstained: Ritual Of The Night

I'd completely forgotten about this. I mean, I've taken my eye off the ball, but look! It's the new game from Koji "CastleVania" Igarashi! Straight in at the top, which is a colossal achievement for a side-scrolling platformer. Albeit one from the creator of one of the most famous side-scrolling platform series, but without the recognisable name, and via a four-year-old Kickstarter.

Oh, and take this, Total War: they're planning thirteen free DLC updates. (There is the slight awkwardness of a day 1 paid DLC, in the form of a fun addition that lets you battle Igarashi himself, but this is because it was a paid Kickstarter bonus, so there'd be an even bigger uproar if they then included it as a freebie four years later.)

Cor, after last week's debacle of a chart, what a pleasant surprise to see this topping things off.

The Steam Charts are compiled via Steam's internal organs of the grossest games on Steam over the previous week.