Welcome to my nightmares. As chronicled last week, all human progress is wiped out by a Steam Sale. Where once we were a species that revelled in new, interesting ideas, pursuing our dreams, we are once more wedged neck-deep in the past, doomed to buy the same £40 five-year-old games until we rot and coagulate into a molten horror. Welcome to the Steam Charts!

So how about instead we return to that oasis of safety and solace in the midst of the worst excesses of this horror-column: weird fish facts!

Ok, listen up: the snakehead can just get out of the water. It needs to be able to, because after it's done eating every other creature in a lake or pond it's still hungry. And I don't mean, quickly hop out and back into water. It can spend three days out of the wet, merrily breathing air with its gills. According to Oddee.com, former US Interior Sec Gale Norton said, "snakeheads can eat almost any small animal in its path".

Oh but they're small, right? Nope. They can grow to a metre long. The reproduce fast. Their only real predator is themselves, as they get so hungry they eat their own babies. What I'm trying to tell you is we're all going to die. 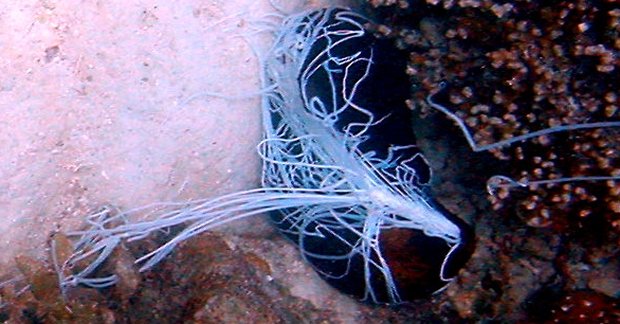 The sea cucumber seems a relatively innocuous sea-based oddity, until you realise this echinoderm can vomit/shit out its internal organs to scare off predators. Or, some claim, for its own amusement.

And then they don't just pull their tangle of tummy tubes back in again - they shed them, and grow some new ones over a couple of weeks. On planet Earth. 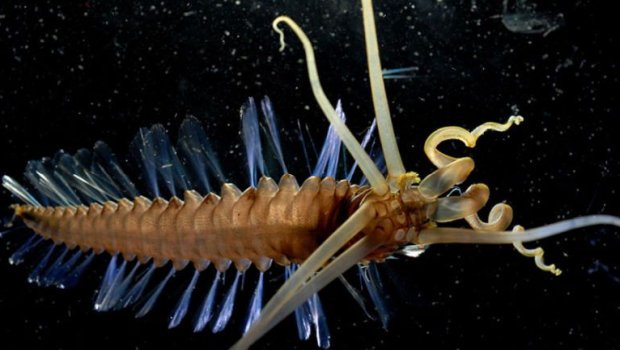 It was only discovered in 2007, and lives 2,800 metres below the surface. That's 1,7 miles straight down. It has ten tentacle-like things on its head, hence the comparison with a squid, and after that they know it's anatomy and not much else. It can swim! It consumes bits and bobs that sink to the bottom of the sea ("marine snow"), it... nope, that's it. It's probably planning to destroy us all.

Silly old you, thinking this is a single creature! You dafty! This is a colony. Like the Portuguese man o' war, this is a bunch of beasties living together and functioning as one. It's essentially the way the RPS Hivemind works, with Graham as its brain, the team functioning as vital body parts, and Alec and me as its bottom. And like RPS, all the different parts are all born from a single fertilised egg.

The different parts are called zooids, which was my favourite TV show in the 80s, linked by a stem - the stem forms from the first protozooid to develop, which buds off all the other parts! They get to several metres long, and none of its individual parts can exist without the others, and goodness me, nature. 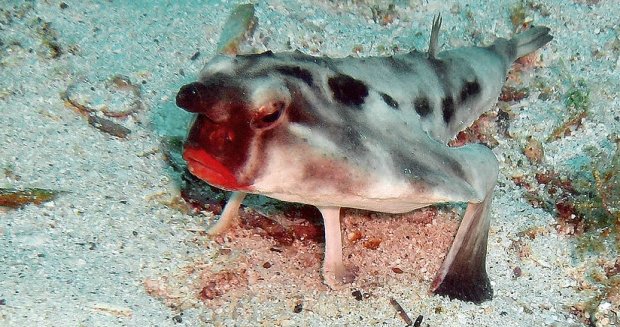 One of the Galapagos Islands' many peculiar residents, this demonstration of the Darwinian is an anglerfish not so great at swimming, but better at walking. Their pectoral fins are used as legs letting it mimic walking along the bottom of the sea.

They could well have the longest gestation of any vertebrate, about two and a half years, but brilliantly they're so mysterious people really aren't sure. You don't tend to see these guys in your local aquarium. In fact, only a handful of humans have ever even seen one alive! BECAUSE THEY ARE BIDING THEIR TIME.

By Canvasman21 at the English Wikipedia, CC BY-SA 3.0, Link

Like your mum, the wonderfully named stargazer has its eyes and mouth on top of its head. And just like her, it buries itself under the sand before leaping out to ambush prey. It even has a little lure that it pokes up out of its mouth and wiggles to trick fishies in coming to look. Like your mum does.

Also, they are poisonous. Your mum is poisonous. And some of them, in a manner almost identical to that of your mother, can deliver electric shocks. 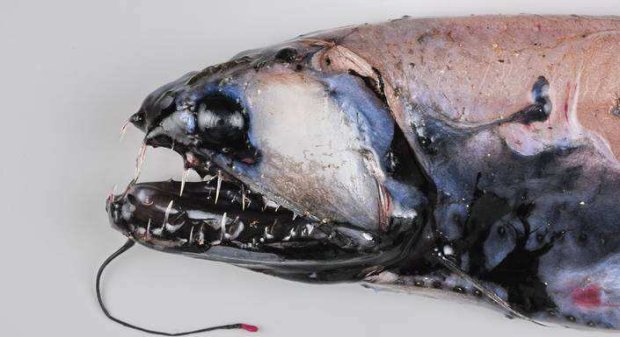 Right, I admit I don't actually know anything about the Snaggletooth fish, other than it has another name:

I mean, something had to get that name, and it's pretty weird it's this uggo, but goodness me. They can create their own light down in the deep dark sea, to help with hunting, with that chin dongle obviously irresistible to prey. And presumably one day they will rise up and eat the stars. 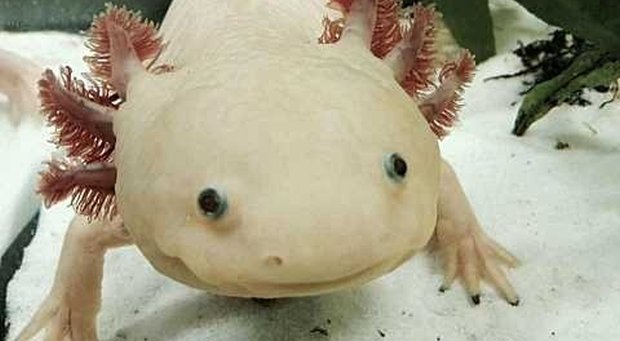 Let's finish on a classic. The ridiculously cute axolotl salamander. Which, despite being able to regenerate its own limbs, is dangerously close to extinction. There's a certain irony there, for sure.

It can regrow an entire severed limb in just months, and has even been shown to be able to regenerate organs, including parts of their brains! On top of that, they're more than happy to have any old bits of another axolotl transplanted onto them, and then use it, even eyes, and then regenerate these to working condition too!

Oddly enough, their closeness to extinction exists in the wild, while in captivity their own superpowers might have saved them as a species - they're in so many labs being researched upon that people are keeping them going. But it's still brutal. In 1998 there were 6,000 pairs per square kilometre in their Mexican habitat, but by 2013 absolutely none were found in a four-month search.

But still, they're very cute!