Some have doubted the power of the Steam Charts to change people's lives. Those people are dead now. Belief in Steam Charts, RPS's greatest, longest-running, and most industry-revered column, is literally the only thing keeping you alive right now. Don't be a dead one. Love us. LOVE US.

An open beta weekend is the reason this colossally over-priced pre-order pokes its nose into the charts. For just £45 you too could not be able to play a game any more that isn't out for a month. Or, if you're quite mad, you could pay £80 for the same honour.

Which gives me cause to mention a strange detail I keep spotting on Steam: the complete absence of details of what the higher prices actually get you. Perhaps I've missed a feature - Steam is nothing if not an awful mess of bad design - but all I see is two options for paying, one costing twice as much as the other, with no explanation for why. Head to the game's website and you'll learn the "Digital Deluxe" (which, hilariously, Activision has set as the default, but forgets to put the price) gets you the season pass, and, er, "additional bonus content". Fork out your NINETY POUNDS for undefined imaginary objects!

(More fun comes when seeing the "Pro Edition", which apparently also includes a "steelbook", but their own site is so broken the 'pre-order' button doesn't do anything. Mmmm, pre-ordering is SUCH a good idea!)

Goodness gracious, Valve must have had a tough week. The #5 best selling game Counter-Strike: Global Offensive has fallen to #9! Unconfirmed reports say Valve employees have been sighted staggering through the streets of Seattle, emaciated, their wan faces beset by blankly staring hollow eyes, aimlessly stumbling from bin to bin in search of hope. If you see a Valve, please, be compassionate, buy a seventeenth copy of CS:GO.

With everyone getting their chitchat on about AssCreed Oranges (ffs, Ubisoft, and your bloody "Origins" obsession), Ubi picked a smart moment to lower the price of the last one, 2015's Syndicate, by 60% this weekend. They didn't, however, have the sense to leave it there, the two year old game now back to costing a mammoth £35.

In the Olden Days, when you were just a wee mite, I spent ten years writing spunky RPS tribute magazine PC Gamer's budget section, They're Back. It was five reviews of games being re-released on budget. The process went like this: A game was released at full price, then six months to a year later, it was re-released at a fraction of that price. Then it would be endlessly re-re-re-released until eventually it could only be found in wire mesh bins in the dankest corner of your game shop for a pound. So it is, having this embedded in my soul, it is that I get quite frustrated and disappointed by the scurrilous ways of modern publishers.

I don't miss plastic boxes and tiresome trips to stores to be able to play games, but I do strongly lament the accompanying loss of the budget re-release, not least because there's an entire generation now that didn't even know it was an option. Syndicate would have been out in a box marked with the label "Ubisoft Classic Essentials: Origins" or some such for a tenner in 2016. And then by this year, with the next game coming up, it'd have seen a new release on "Ubisoft Originals: Essential Classics: Origins" for a fiver. But now, it's still thirty-five sodding quid, because apparently everyone's forgotten. That's not OK at all. 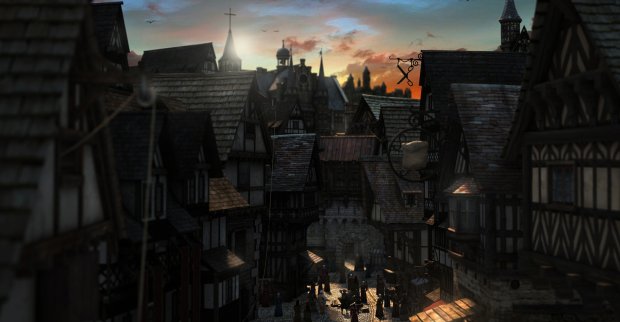 An early access release of this medieval trade sim trequel sees it leap into the charts, but not into many hearts. Steam reviews are "mixed", which a cursory glance suggests is a "mix" of people saying, "Er crikey this game is barely even started", and people saying, "Ooh, let's give them a chance to add the game at some point."

I think this serves as a very useful guide to why Steam reviews are a pretty useless guide to judging a game, even when they're not the victim of arseholes downvoting something because it has a girl in it or something. The other side is positive reviews, of which there are so many for The Guild 3, that go (and this one's real):

"At the moment the game is almost unplayable because somehow there are suddenly no rescources left in the market end every where else. No Tutorial and a lot of trial and error or just doing nothing. It looks like everything is only halveway implemented and not complete. At the moment I don´t enjoy the game. I hope they get it going. Performance is by the way [expletive].

I voted positive because I am still hoping they get it on the right way..."

I confess a terrible ignorance about the Danganronpa games, but crikey, £50 for a visual novel, it'd better be good. But if you're as clueless as me, you'd do well to read Stephen T Wright's primer on the series from last week. I'll bet that like me you'll go from, "These games make me want to hide" to "Ooh, this sounds rather interesting."

Everybody's favourite series, What Are Rockstar Spending All The GTA V Money On? is back!

Well there you go. Only a million years late, but the tough-as-beautifully-animated-nails platformer has swooped into the charts with its crowd-pulling combination of outrageously lovely graphics and the dark night of the soul that is endless boss fights. We've got a review coming in soon.

I have significantly upped the difficulty of DOS2 by playing it at the same time as Zelda: Breath Of The Wild. Not exactly the same time, I'm not magic, but one upstairs on my PC, the other downstairs on the TV, and I'll tell you it's a confusing thing to do. The games are certainly very dissimilar, but remembering in which one it was I was trying to complete a particular quest gets quite a muddle.

Gosh this is a good game, isn't it? So pleased to see it still selling so well a couple of weeks after release. (Oh, and it's £30 at full price, because they're not massive dicks about it!) 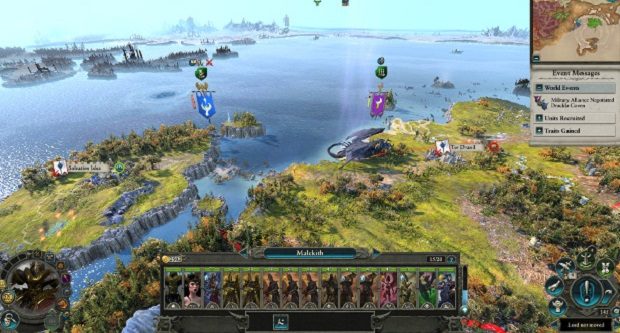 Out at last, after what seemed an interminable pre-order period, and hurrah, it's good. BUT THE NAME IS NOT.

I shall never tire of my rage at the naming of this series. It OBVIOUSLY should have been:

Exclam included. It would have worked. No one would have been confused. Everyone would have got the joke. Hell, they could have put the "TOTAL WAR" bit in their font, the "HAMMER" in Games Workshop's, and it'd have been bloody marvellous.

But they didn't, and as such, even though it's very good, you're not allowed to buy it.