Valve have done a huge amount for gaming on Linux, bringing their store and client to the open-source operating system [don't even... -ed.] while encouraging and supporting other developers to port more games over. Their next step is building tools into Steam which can let Windows games without official Linux versions run seamlessly on Linux, appearing and working like any other Steam game. This expansion of Valve's 'Steam Play' initiative is now in public testing, with initial support for an eclectic lineup of games including Nier: Automata, Doom II, Doki Doki Literature Club, and Into The Breach. That's right: 2018 is The Year Of The Linux Desktop, baby.

Aside from a small notice in Steam, Windows games which play nicely will appear in the Steam Store and Libraries on Linux, then be installed and run just like a game made for Linux, complete with support for OpenVR and Steamworks.

While there are already ways to get many Windows games running on Linux, Valve have been working to integrate these and improve them enough that Tuxheads hopefully don't even notice they're playing a game not built for their OS. More developers explicitly making Linux versions is great, sure, but many haven't, aren't, and won't, so this workaround for the rest sounds grand.

Valve are initially limiting this to a batch of 27 things they're fairly certain run well. Players can change a setting to try to run any Windows game on Linux through this new gubbins, though they may be wonky. Valve do plan to over time expand the whitelist of games which they're confident run fine. But for now, here's the starting lineup Valve say should be good:

That's a list spanning decades and many genres, with some games I am surprised to see. Weird. But useful! And sure, Quake and Ultimate Doom and some others have unofficial fan-made Linux versions but many people don't know those exist, let alone how to install and run them. Blanket Steam support for running Windows games is good. 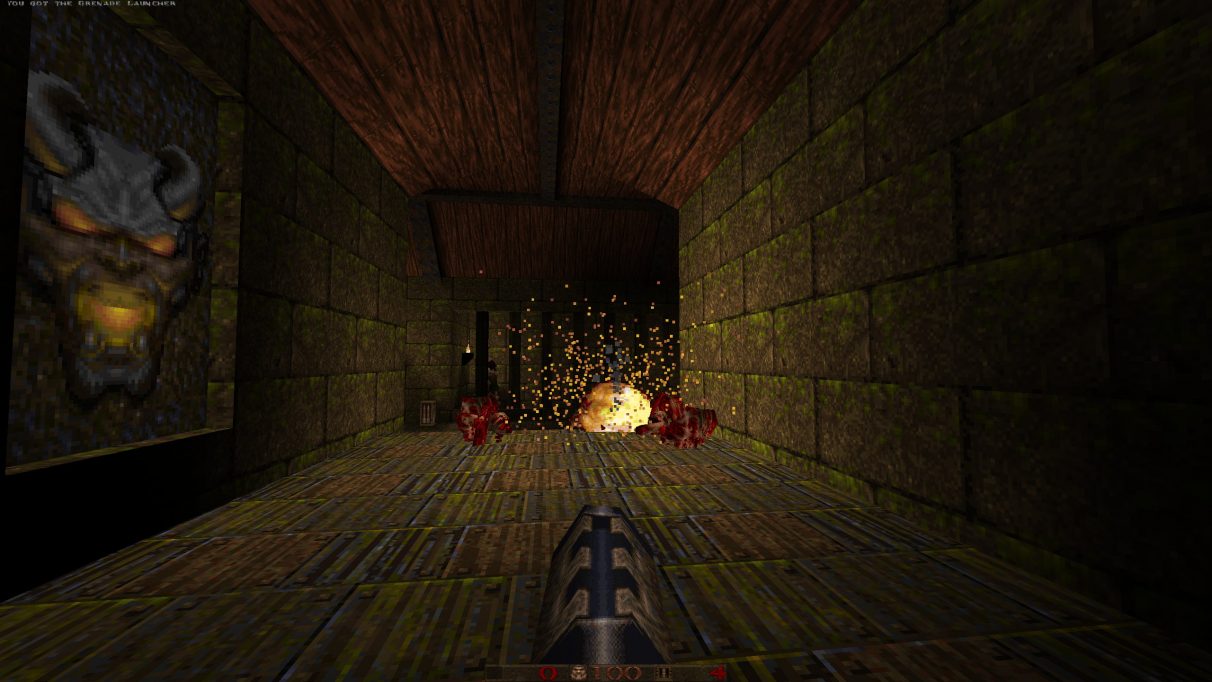 This is all made possible by computers. The heart of it is Proton, which is a modified version of Wine, the well-established compatibility layer which lets Windows programs run on Linux [mate I know but please don't -ed.]. Valve have jazzed it up with improved support for fullscreen games and controllers, and improved performance through better multithreading plus DirectX and DX12 implementations based on Vulkan. All this builds on a number of Linux projects Valve have been collaborating on (and contributing to) for a while, tied up with a steaming bow.

"A performance difference is to be expected for games where graphics API translation is required, but there is no fundamental reason for a Vulkan title to run any slower," Valve's Pierre-Loup Griffais explained. I've not had a Linux box since 2001, The Year Of The Linux Desktop, so I can't test myself. But if you're using Linux you're surely prepared for even a little hardship.

Don't expect to run everything on Linux, mind. As Griffais notes, "It's likely that some games using complex DRM or anti-cheat systems will be difficult, or even impossible to support."

If you fancy a crack right now, see Valve's blog post for instructions on how to opt into the client beta. Or wait until they're done testing and roll it out to the regular client. Griffais's post also gets into more technical detail, because he's not writing for an audience who might have never heard of much of this, so head over there if you want to quibble about Linux and *nix and Unix-like and kernels and operating systems and okay thanks bye.