Capcom have added in-game adverts to Street Fighter V, slapping logos onto characters' costumes, loading screens, and arenas. These ads are optional, are currently only for in-game content and Capcom's own Pro Tour digital sports circuit, and do offer players a little in-game cash for having them enabled. They also look daft as all heck, covering characters in ugly and incongruous logos, and are an unwelcome intrusion in a game which still costs money to buy.

Ads arrived in an update yesterday. They can appear in loading screens with animated sequences and still images, added to the background of levels, or slapped willy-nilly over costumes. So far, all the ads I've seen have been for the Capcom Pro Tour and for in-game costumes sold for real cash. So far, all the ads I've seen were bad, looking terrible on costumes and making loading irritating. You can turn them off. But they're on by default and... they should not be there at all, should not be patched into a game that isn't free-to-play.

They probably also shouldn't be on Dhalsim's string of skulls, which I've read are "those of village children that died during a plague." It's a bold sponsor who sees that as ad space. 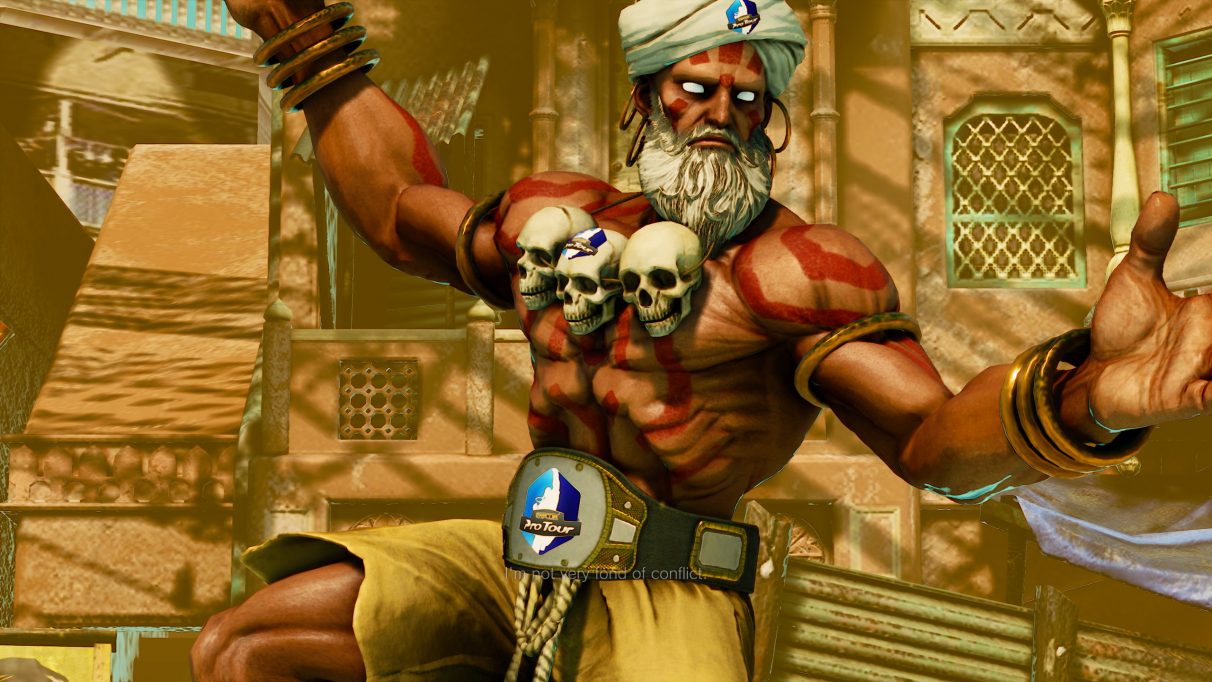 Players do get a little of the in-game fake cash Fight Money for enabling load screen ads, as well as for setting their costumes and favourite stage backgrounds to have ads. That's 4FM for each Ranked or Casual match wearing a ad-covered costume and another 4FM for having ads on the loading screen and stage (up to a limit). Unlocking a new character, for reference, costs 100,000FM.

Here's an example of the loading screen ads, with the Capcom Pro Tour flash and a static ad for costumes bundles that cost real money:

You can see the ads for yourself (and throw some punches too) as Street Fighter V is free to play for the next week on Steam and PS4. It seems strange to launch a trial week right after making your game worse, which does make me wonder if Capcom are testing the waters for a proper free-to-play version - especially as SFV is an ongoing 'games as service' dealio with season passes to unlock new content that otherwise takes grinding. In a free-to-play game, this would be less awful. Taken at face value as it stands today, it's well rubbo.