The cubes are black, and shiny, and mobile. They hover in a neat, impossible stack outside one of my colony's larger domes, clicking delicately about one another, always returning to the same overall shape, harming nobody. My robot rovers form a cautious circle around them while my scientists scratch their heads and bicker. I look at the cubes, one of the many Mysteries of Haemimont's deceptively by-the-numbers management sim Surviving Mars, and the cubes, somehow, look right back at me.

My colonists are also looking at the cubes, noses pressed against their reinforced dome walls. The cubes are giving my colonists some funny ideas. One group considers them a threat, and wants me to blast them to bits with high-energy ions. Others hail them as gifts from some alien god, and want them brought inside the domes where they can be worshipped. A third, undecided faction argues that the cubes should be stored for further study. Everybody is at each other's throats, and everybody is looking to me for a decision.

I um and err, wishing I'd paid more attention during those Big Dumb Object classes at Kubrick High, and settle on a compromise: the cubes will be turned into sculptures, but placed outside the domes, and I'll keep a few of them in remote depots for my eggheads to pick over. The crisis dealt with, I resume development of my lovely new windfarm in the map's north-eastern corner. A few minutes later, however, I receive another panicked bulletin from the lab. Oh dear. There are more of the cubes now. 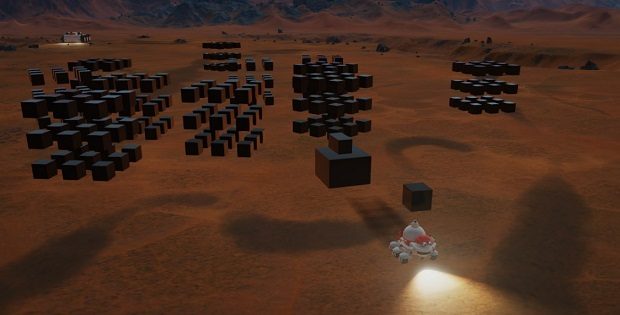 Surviving Mars is an engrossing but slightly dry variation on well-worn management sim concepts, right up to the point when it isn't. Broadly, it's another offworld city-builder about churning out and storing resources so that hardy Simalikes can eke out a placid, vaguely suburban existence within giant, gleaming habitats. The strategic pressures and predicaments are, on the surface, routine, however spiced up by the setting: ensuring that power generators such as solar panels are sufficiently spaced out to allow easy expansion as you add more facilities, for example, or building up a food and oxygen surplus before you parachute in a new wave of settlers.

It's a mixture executed with a lot of style and panache. I particularly love how structures exposed to the Martian atmosphere are slowly covered by dust, allowing you to distinguish between old and new sections of your colony at a glance. And there are, in fairness, some distinctive ideas floating around in the cauldron of production and resource variables. You can send rockets back to Earth for rarer materials or facilities you lack the means to build, for instance, but this is complicated by the fact that rocket fuel is a) prone to blowing up, and b) produced by refining precious water. Still, the broad strokes are second nature, and for all the skill of the execution, it's easy to bounce off what appears to be a game of processes. 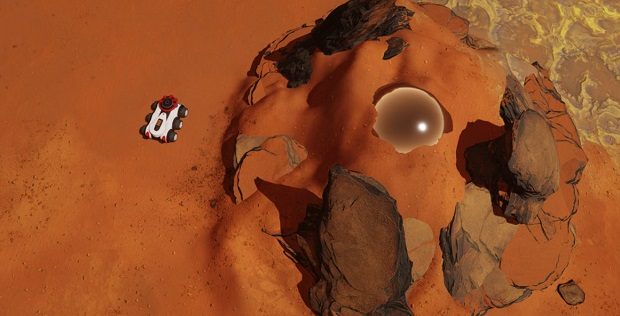 There's more beneath the crust of Surviving Mars than you might guess, however. For one thing, each colonist is a very malleable and volatile entity, comprising sanity, morale, health and comfort stats plus a specialisation such as Engineer and an array of Quirks, Flaws and Perks. Flaws include traits like gluttony or cowardice, Perks cover things like Born Leader, while the currently available Quirks consist, a little bizarrely, of Tourist, Guru and Vegan. You're given full control over the kinds of people you invite to your budding Martian resort - if you really love punishment, go right ahead and staff it entirely with Lazy Whiners - and there are a number of technologies that let you shape traits and behaviour in the field, corrupting and evolving the game's somewhat humdrum, extract-build-expand rhythms as you go.

I wasn't able to probe this side of the game much during the demo, but Haemimont CEO Gabriel Dobrev sketched out some eccentric possibilities. Research cloning, for example, and you can do without the male sex entirely. Pump R&D dollars into mind control, and you'll never have to worry about citizens going renegade when you neglect their needs. There are technologies that abolish old age, allowing workers to remain productive right up till they cop it, and technologies that let you recycle the dead, much to the outrage of their nearest and dearest. If these structural twists are as dramatic as they sound, the average Surviving Mars endgame will be a strange and enticing entity indeed.

And then there are the Mysteries, storied scenarios with several possible outcomes that kick in once you've taken care of the necessities of Martian existence. You can select them in advance or opt for a random Mystery, and Dobrev estimates that playing through each scenario once should push the playtime past a hundred hours. The range sounds impressive. There are political thriller scenarios that involve your colony's relationship with mother Earth, and a sleeping pandemic that spreads organically through your habitats. There's a Mystery that unfolds like a police procedural, and there are Mysteries, such as our friends the cubes, that boost the game into the realm of high concept sci-fi. You aren't required to embroil yourself in these enigmas when they pop up, but letting things lie is of course a choice in itself. 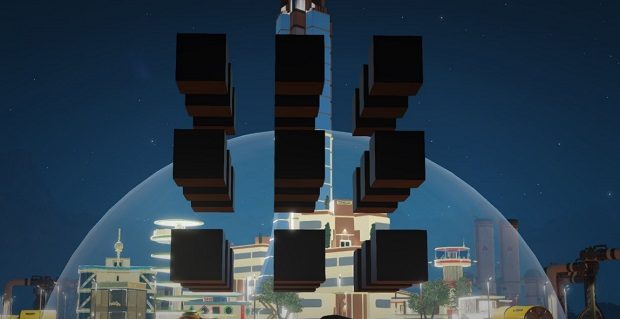 The well-oiled workmanlike design of Surviving Mars feels, in hindsight, less like adherence to formula and more like a developer setting the player up for a series of eldritch surprises. If you're a fan of city-building sims, of course, the idea of business as usual won't put you off. But for me, the promise of Surviving Mars lies with how an alien environment might stealthily erode what you bring to it, even as you try to impose an old way of life. It's a game about fetching up against the surface of a new world, doggedly extracting all that is good from that world, and then preparing to react when best-laid plans come undone.

Surviving Mars will be out March 15th.