If you plumb the depths of human ingenuity you will resurface with a wet box of penicillin and 100 million bits of different-coloured plastic. We people are very good at making useful things, and then killing ourselves with them. But videogames, my friends. Videogames hold the solution to our self-destructive ways. That tech utopia your pal Start-up Stan is always talking about is in reach, we just need to find a way to make these 12 practical devices from videogames appear in real life. 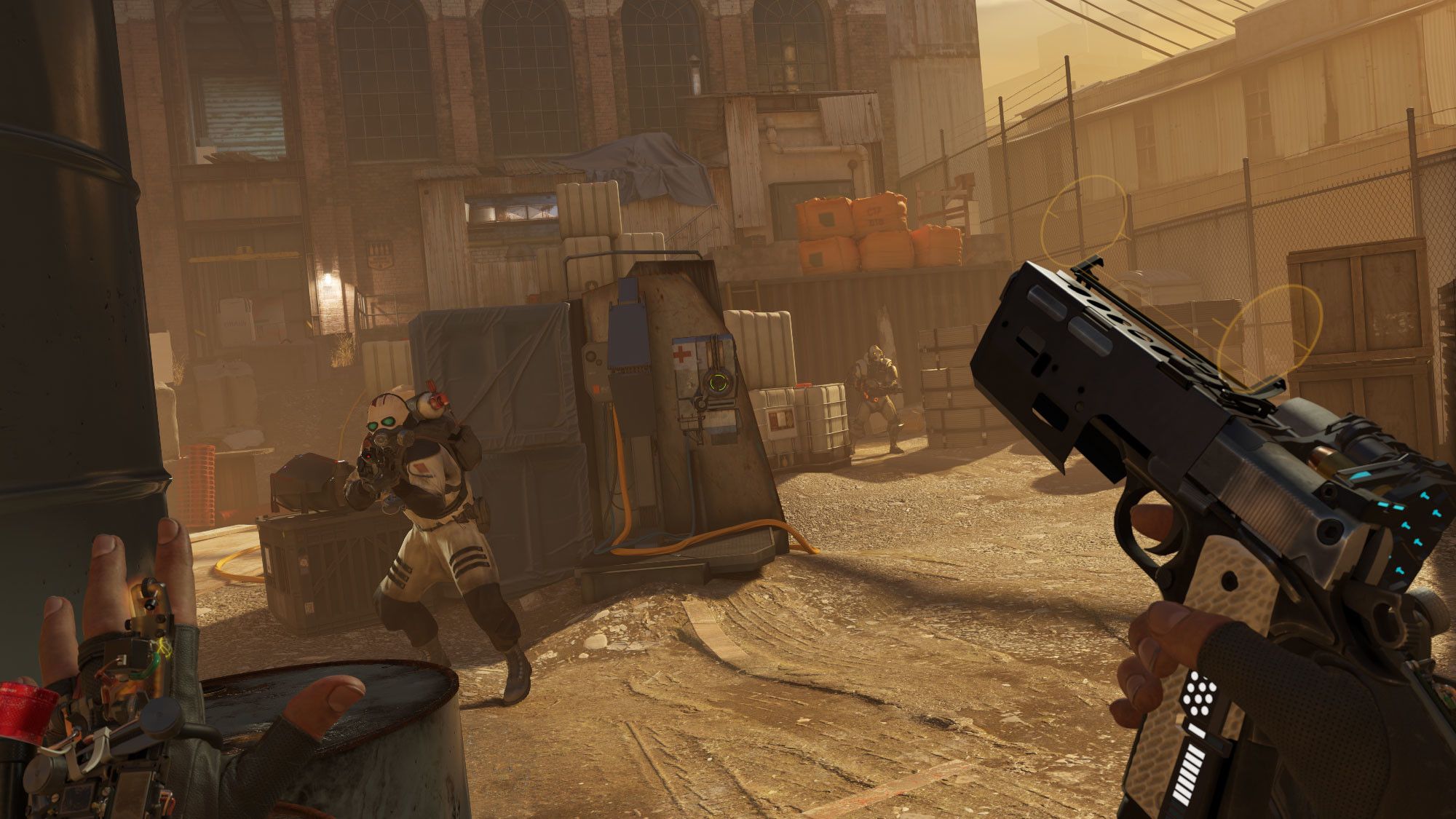 Alyx Vance, well-known resistance operative and sentient wry smile, has a very useful pair of gloves. They can pick things up from metres away with a flick. Ammo in the gutter? No, it is in your hand. Dropped your marker pen in the middle of a trigonometry lesson? No problem, just apply some air-snatching Jedi laziness, et voila. If these gloves could only pierce the sickly veil of videogames and slop gently into our reality, life would see many improvements. A huge change in industrial practices. A revolution in complicated surgery. A noted uptick in broken TV remotes. Regardless of the skill likely needed to operate these fingerless technogloves, you must admit they are [deep breath, premature grin] very handy. 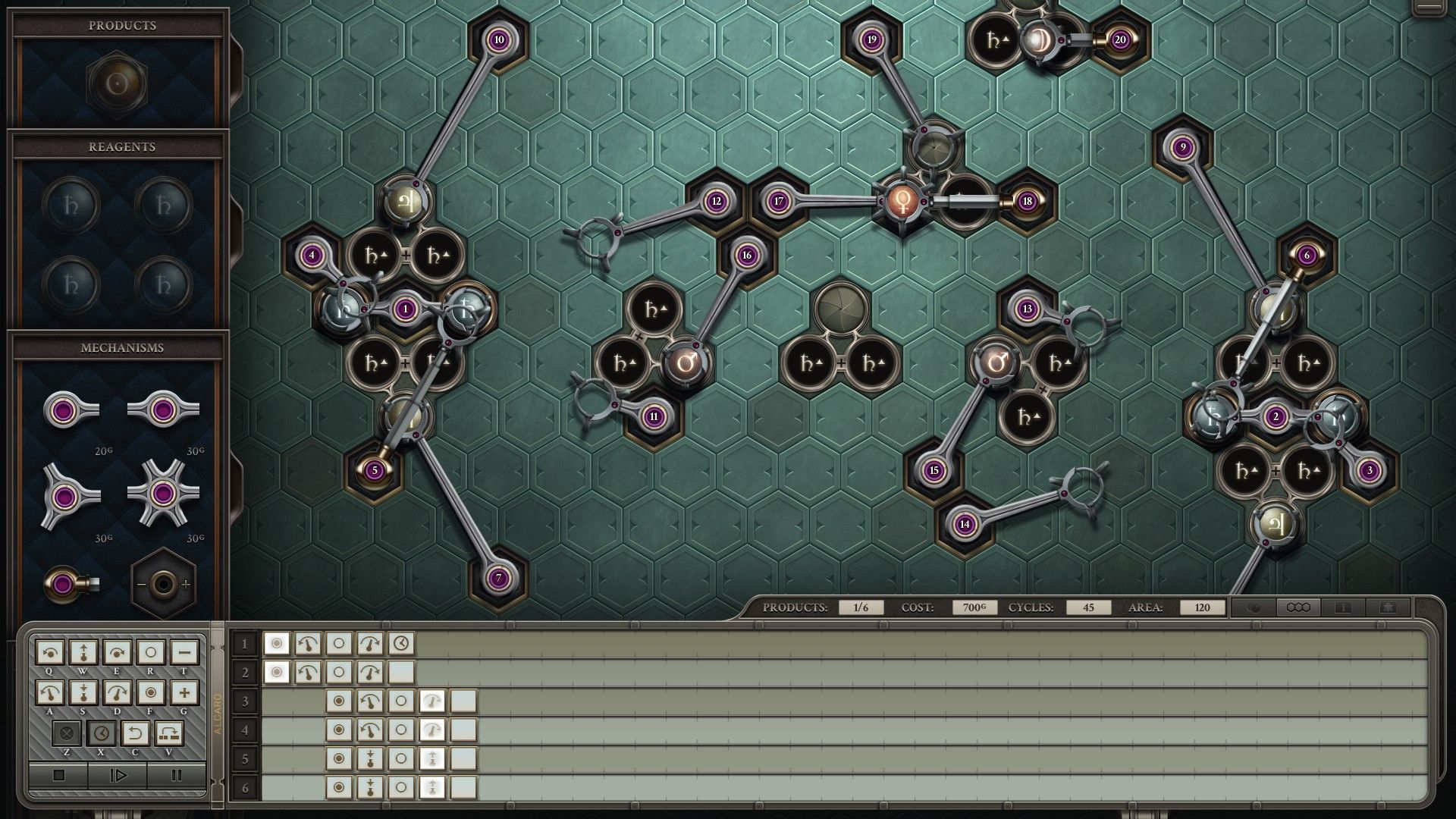 Turning lead into gold was the holy grail of alchemists for centuries. Opus Magnum has you do this on the first level, and then forgets all about it. That is how revolutionary the game’s transmutation engine is. It takes the philosopher’s stone and throws it into a lake to see how many skips it can make. Then it gets on with more important work. The transmutation engine lets you gather a posse of elemental beads (air, earth, fire and water) and toy with them on a grid of salt, quicksilver and other magical particulate, using pistons and tracks to solve open-ended puzzles. Getting silver from some tin is child’s play. Making a universal solvent from nothing but a tub of table salt and a bit of old lead is the real economy killer. 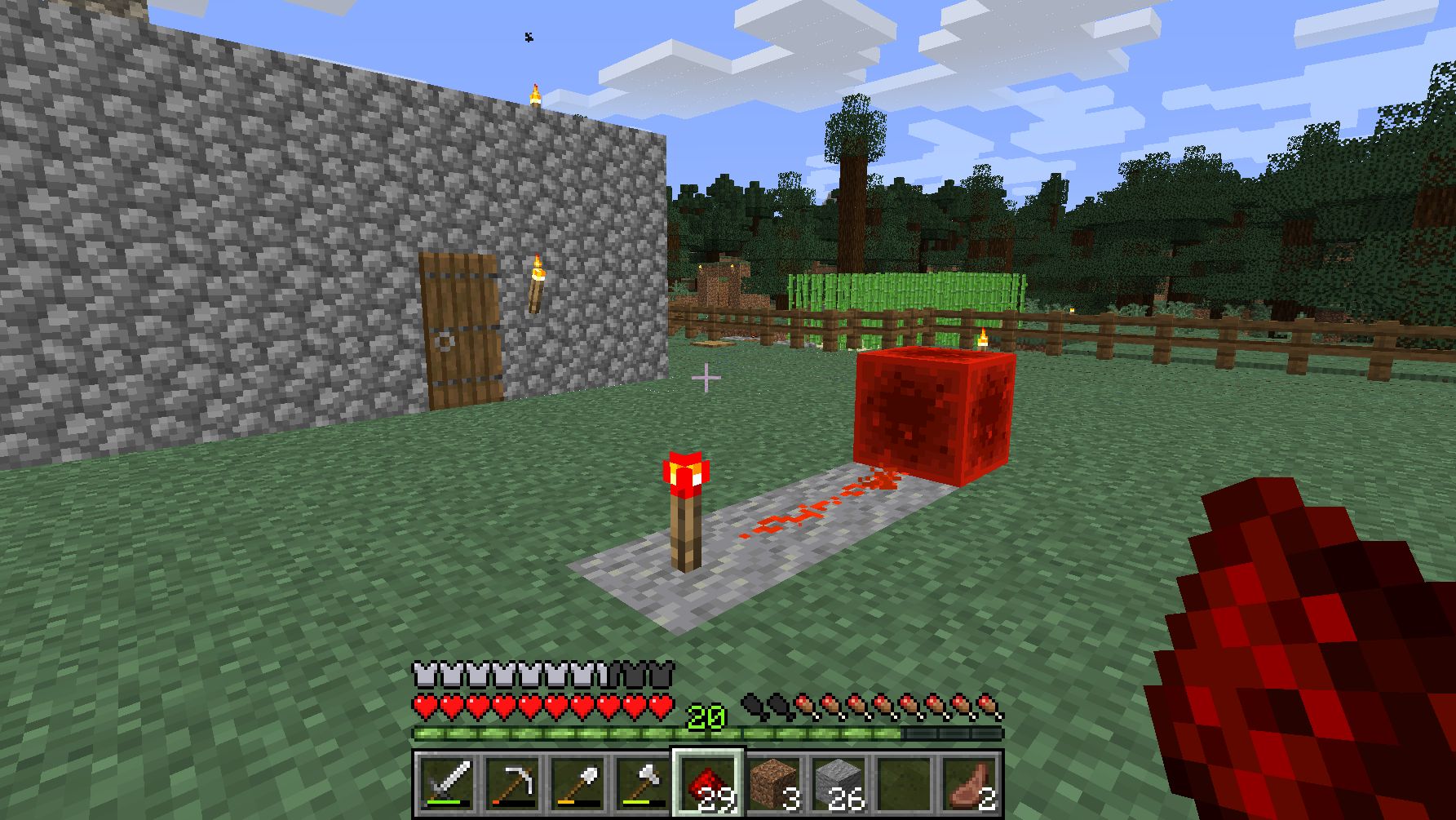 Redstone is the material that lets you set up circuits and remote switches in the world’s premier parental discipline tool. See the picture above for a definitely useful example. At first, redstone doesn’t seem that special, until you realise it has some incredible properties. It is both a conductor AND a generator of energy. Imagine a USB cable that was its own battery. That is ridiculously useful. Okay, it is not quite as simple as that but as power goes, redstone seems a damn sight more advantageous than our rubbish real-world equivalent, electricity. Redstone can’t harm you (nobody ever got a “redstone shock”), and its power does not decay over time (only distance). That makes it a nigh limitless source of energy, which, I don’t know, could be of some use. 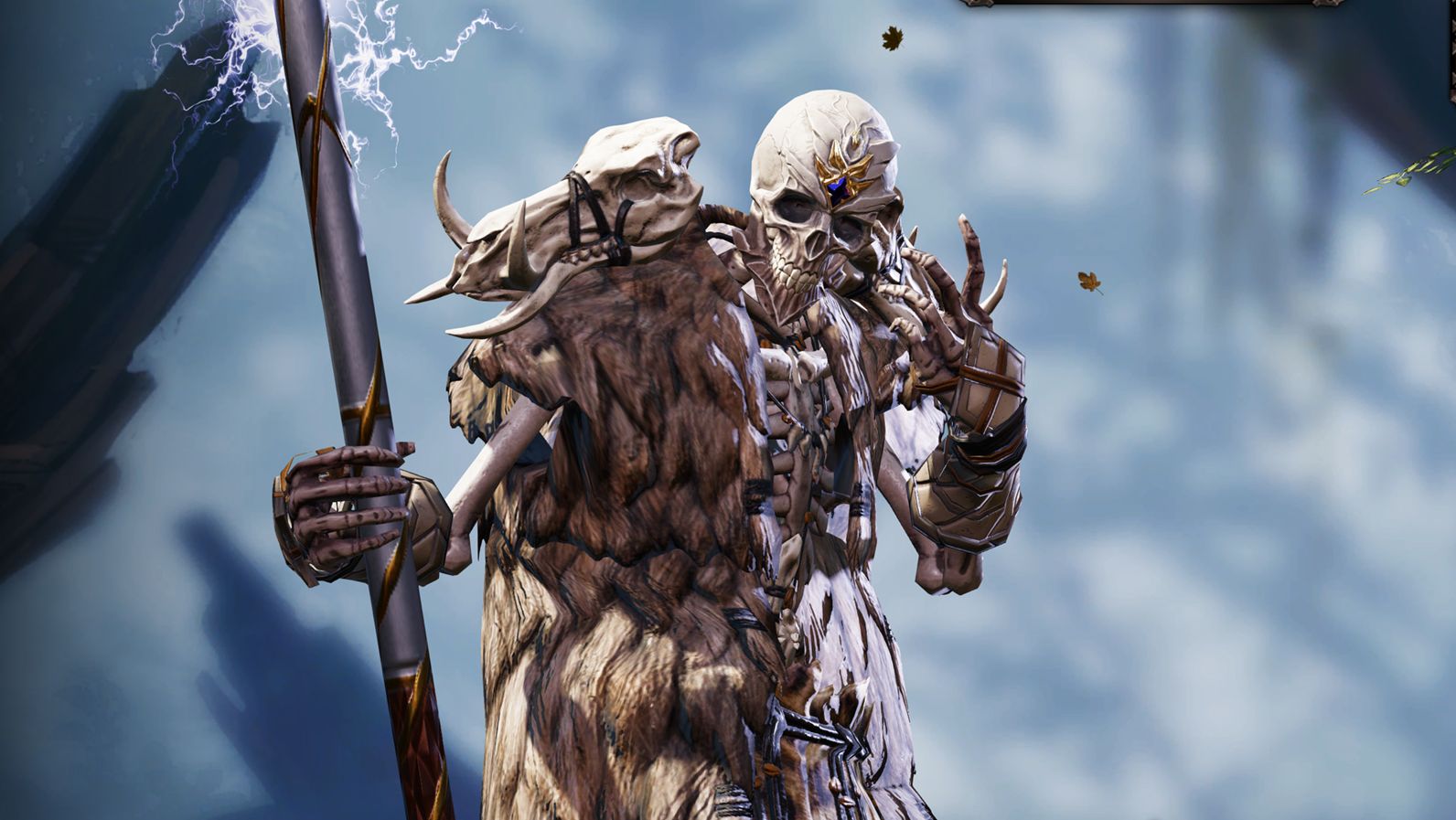 Renders the lengthy makeover session obsolete in one swift laceration. 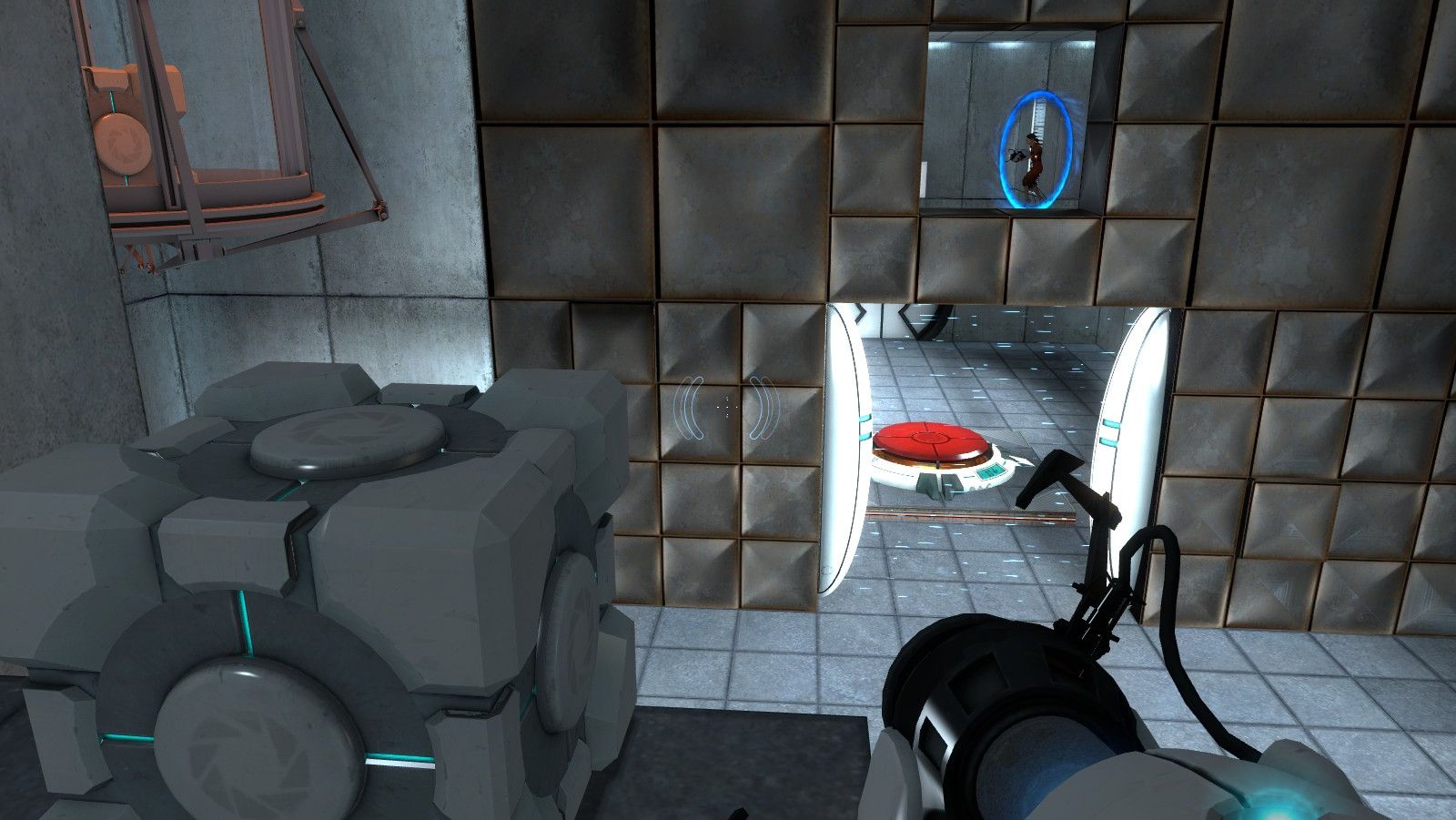 Proof once again that Valve come up with all their best fictional devices while lying in a recliner, sadly pining for the leftover pizza in the fridge. This colour-coded holemaker, with its bright white Apple design and physics-defiant attitude problem, would be a monumentally helpful creation. Aside from being an indirect means of creating perpetual motion by doing the old “fall forever” trick, the Portal gun would both kill and then revive the transportation industry. It would bring families together from across the globe. It would destroy the national borders that separate us. Would war be useful, when portals bring us closer together than ever before? Would famine be possible, when you can share your meal with friends all over the world? The Portal gun makes all this and more possible, a truly revolutionary idea that… I sound like a Silicon Valley dick doing a TED talk, don’t I? Okay, this won’t end well. Put it back in the game. 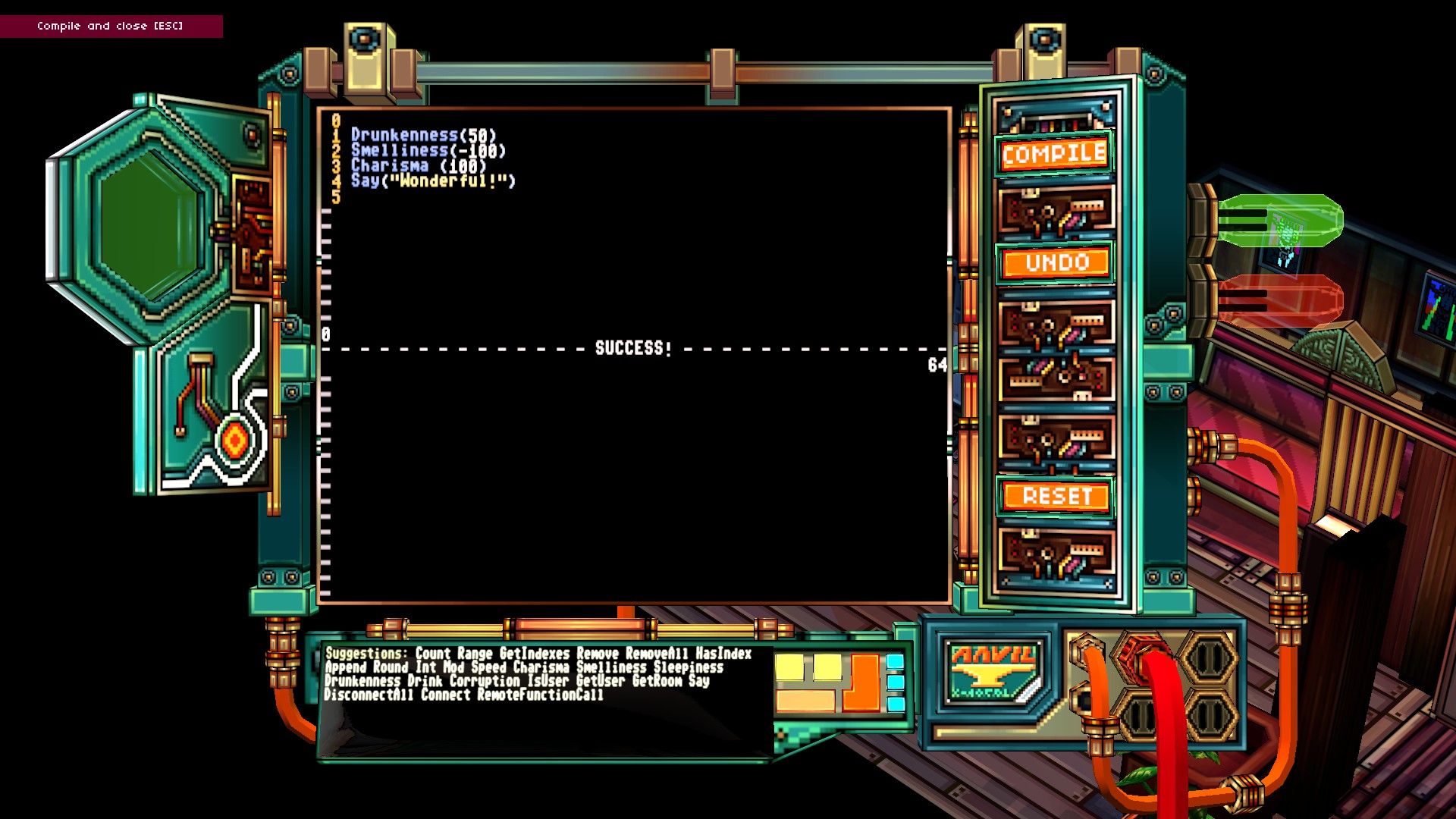 Picture the scene: you’re going to the pub straight from work to meet friends. But you haven’t had time to shower. You smell like a PE sock. You’re exhausted. And you’re 30 minutes early, so now you have to sit in the pub all by yourself, wavy lines of stink emanating from your head, pretending you don’t feel awkward sitting there alone. Know what you need? The handheld "modifier" from adventuresome hack ‘em up Else Heart.Break(). The sparky machine that lets the main character hack everything around them to change bodily and exterior properties. Pull out this whizzy tablet and hack a pint of beer so drinking it sets your “smelliness” and “tiredness” to zero, but your “charisma” to 100. And while you’re at it, hack your packet of cheese and onion crisps so they make time pass faster, turning that half-hour wait into a brisk minute. This machine is Bernard’s Watch for coders. 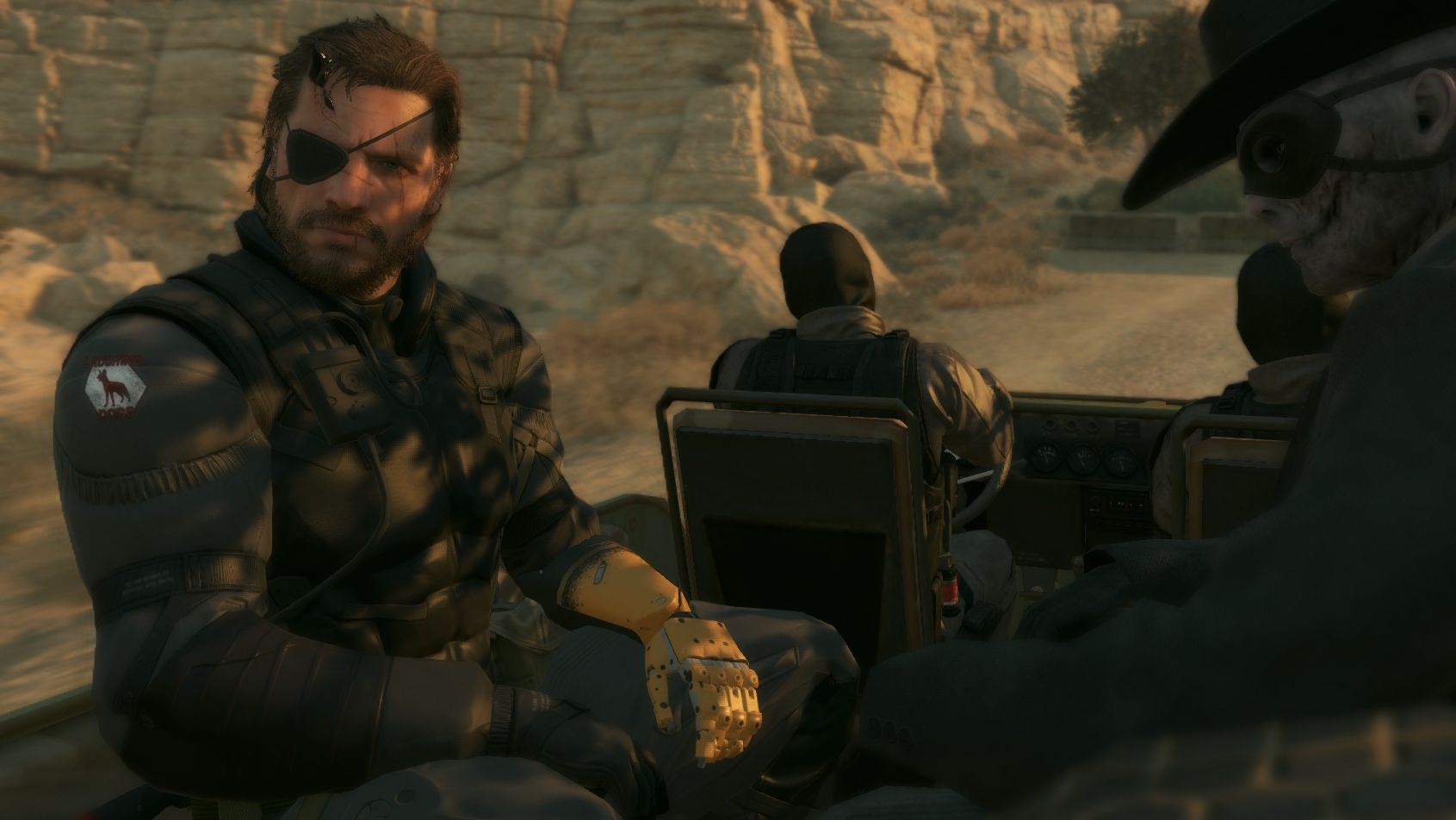 This detaching arm is the principle of Alyx Vance’s gravity gloves perversely flipped on its head. If the enemy won’t come to the fist, the fist must go to the enemy.

Ian Hitman’s luggage of choice was once a silly bug that risked bringing a smile to even the most steadfastly emotionless assassin. Now, it is a bona fide weapon. But it needn’t be such a hostile piece of equipment. Not everything is about murder, you know. An autonomous briefcase which found its own way to the office would let sorrowful salarymen the world over free up valuable space for other popular commuter activities, such as reading Patricia Cornwell’s latest crime stomper, or using an envelope knife to puncture the lungs of their unsuspecting target via the vulnerable intercostal muscles. Sorry, I’m back on murder again. 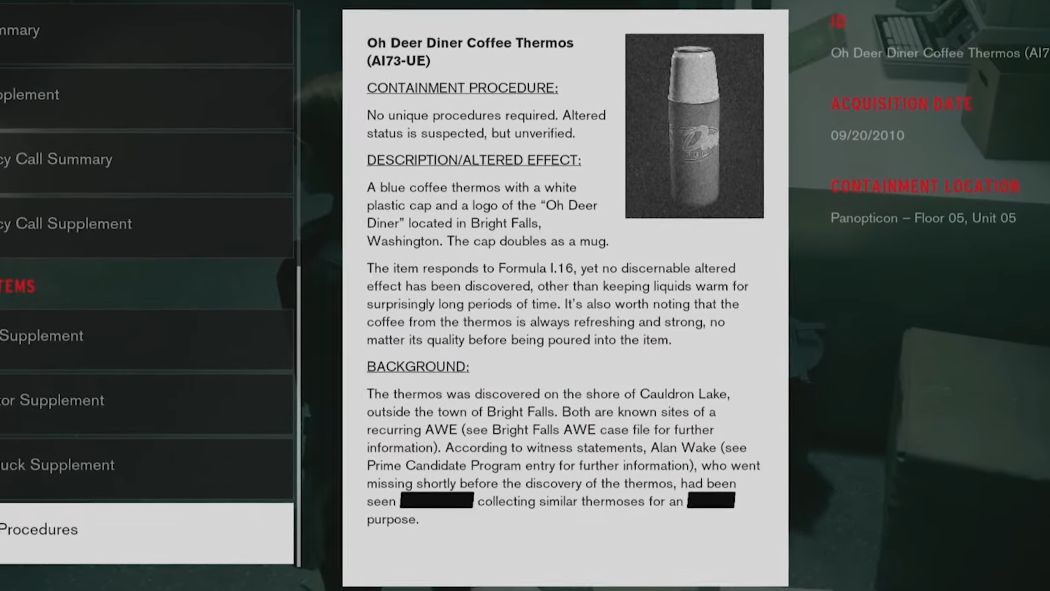 This is one of Control's "altered items". Basically ordinary things imbued with rando supernatural properties. Here we have a coffee flask that keeps liquids warm for a surprisingly long time. Sure, a really good thermos, that seems okay. But consider the contents of this case report in the wibbly wobbly action game: “the coffee from the thermos is always refreshing and strong, no matter its quality before being poured into the item”. Aha. A flask that turns diner mud into fierce espresso? That is something the world needs. 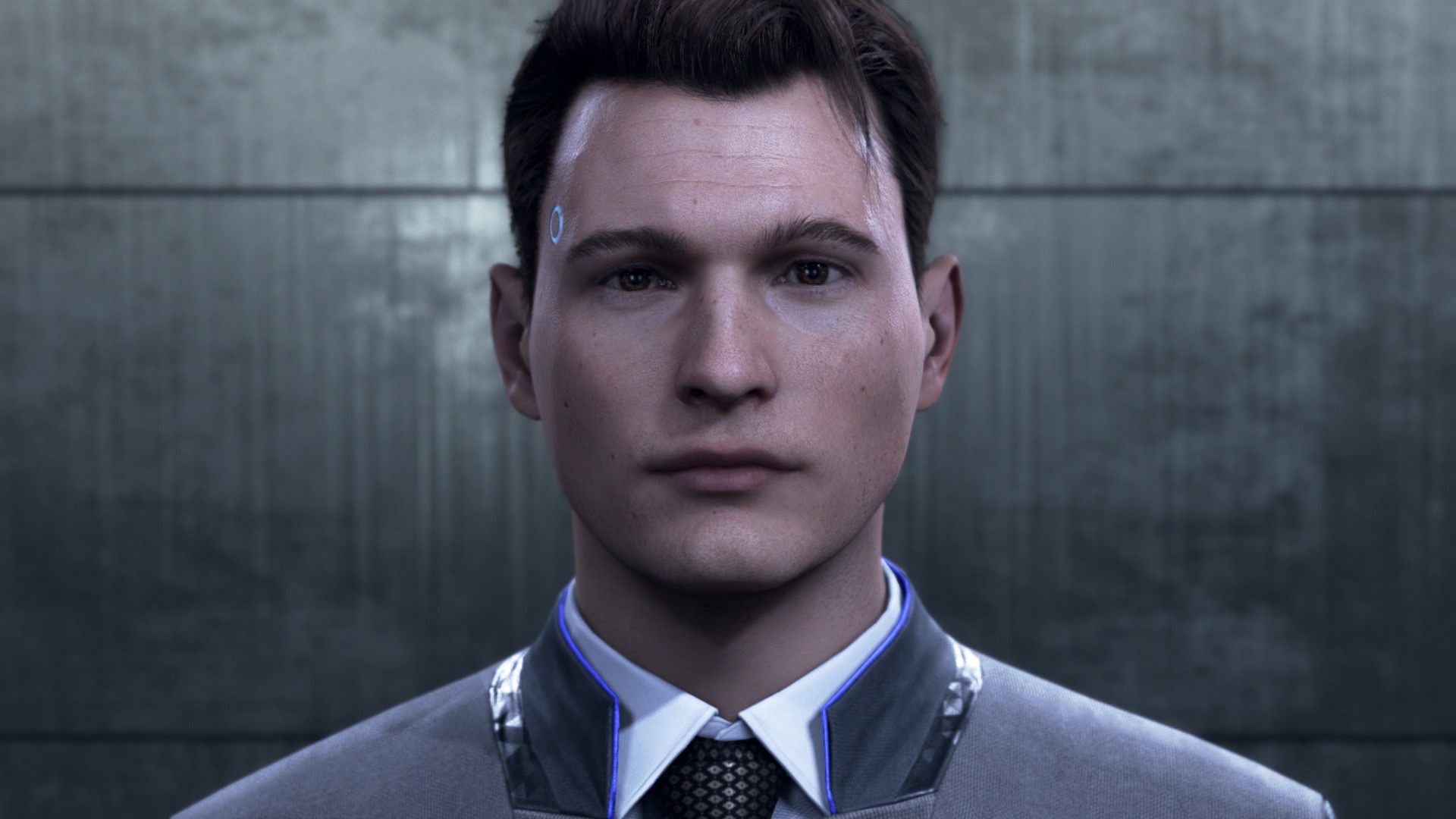 Someday all our human idiots will be replaced by robot ones.

Stopwatch - The Return Of The Obra Dinn 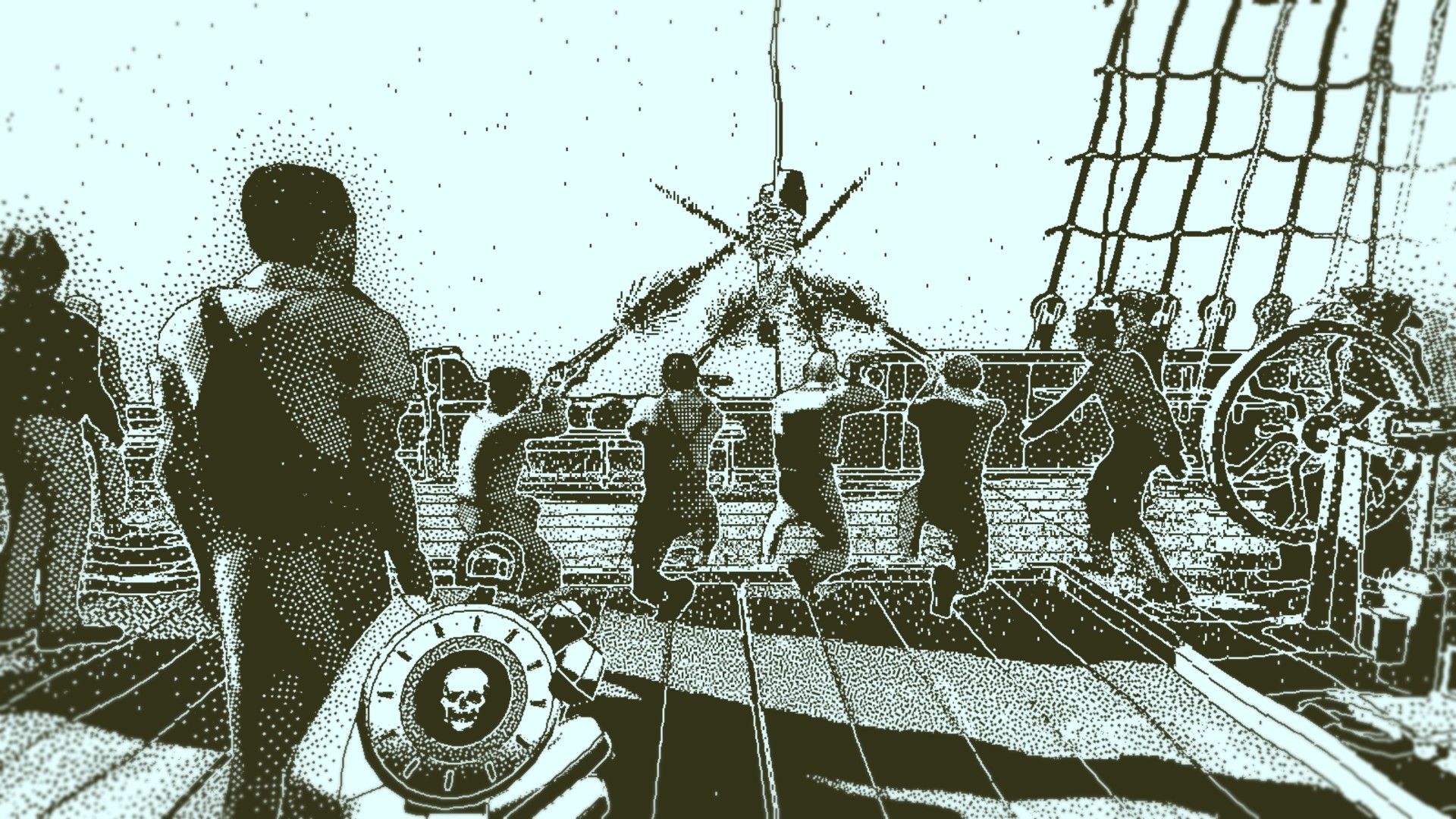 Go home early, the police. Let the murder-solving stopwatch do all the work, it is a professional. In Return Of The Obra Dinn, a stonking murder mystery and much-loved Mary Celeste ‘em up, you play a jobsworth insurance investigator who needs to figure out how 60 or so people managed to die or disappear on this ill-fated voyage. To that end, you use a magical watch that lets you see the dying moment of whatever corpse you point the watch at, presented as a freeze-framed scene that could hang in the Louvre, accompanied by a red-blooded orchestral score that makes your hair fall out. Such a piece of clockwork would make every murder case a cakewalk, ironically making the murder mystery genre itself completely redundant. Oh well.

The health kit - all videogames 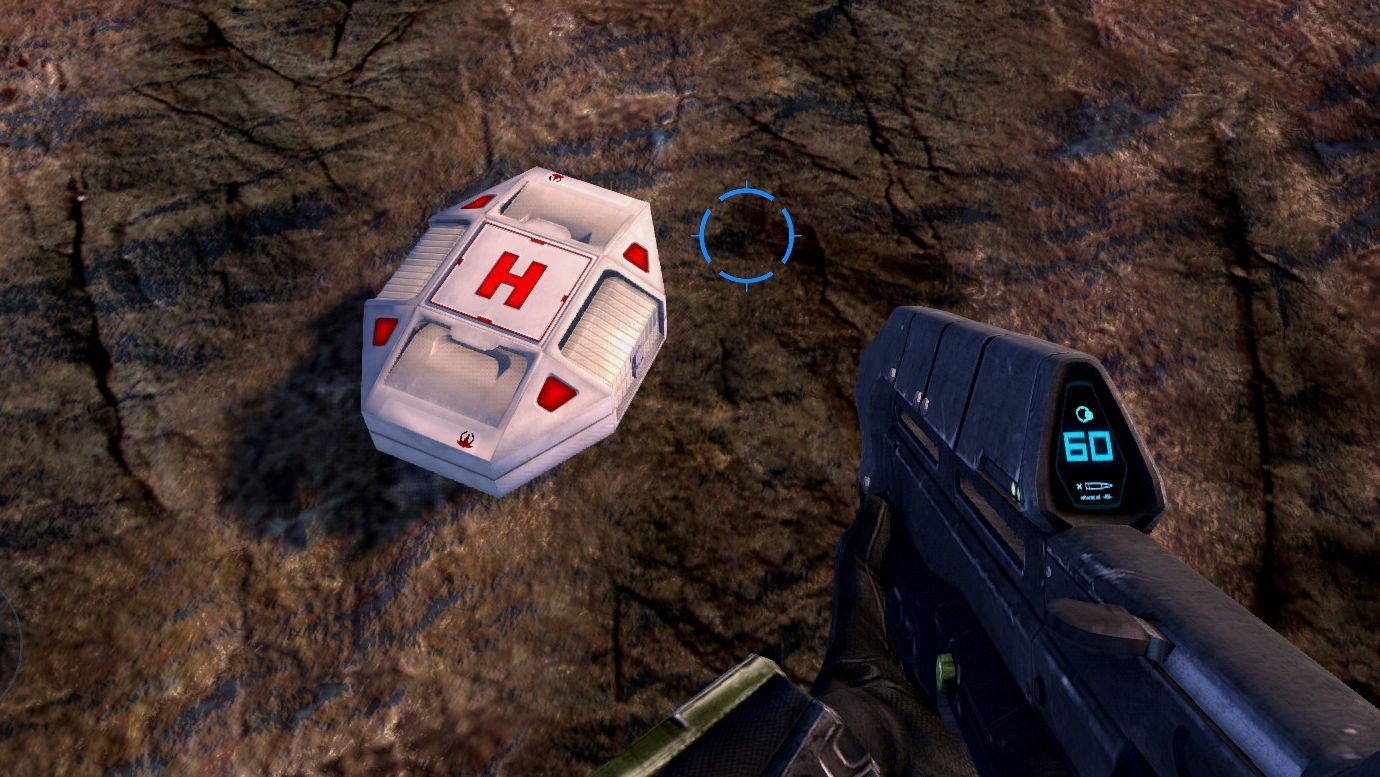 An all-purpose healing item that can fix bullet wounds and other deadly injuries in less than a second. Seems like a good idea.

One Off The List from… the best road trips

Last week we revved up the engine and went for a drive with the 9 best road trips in PC games. But one of these journeys deserved to be booted out and abandoned by the side of the motorway. It’s… Final Fantasy XV. 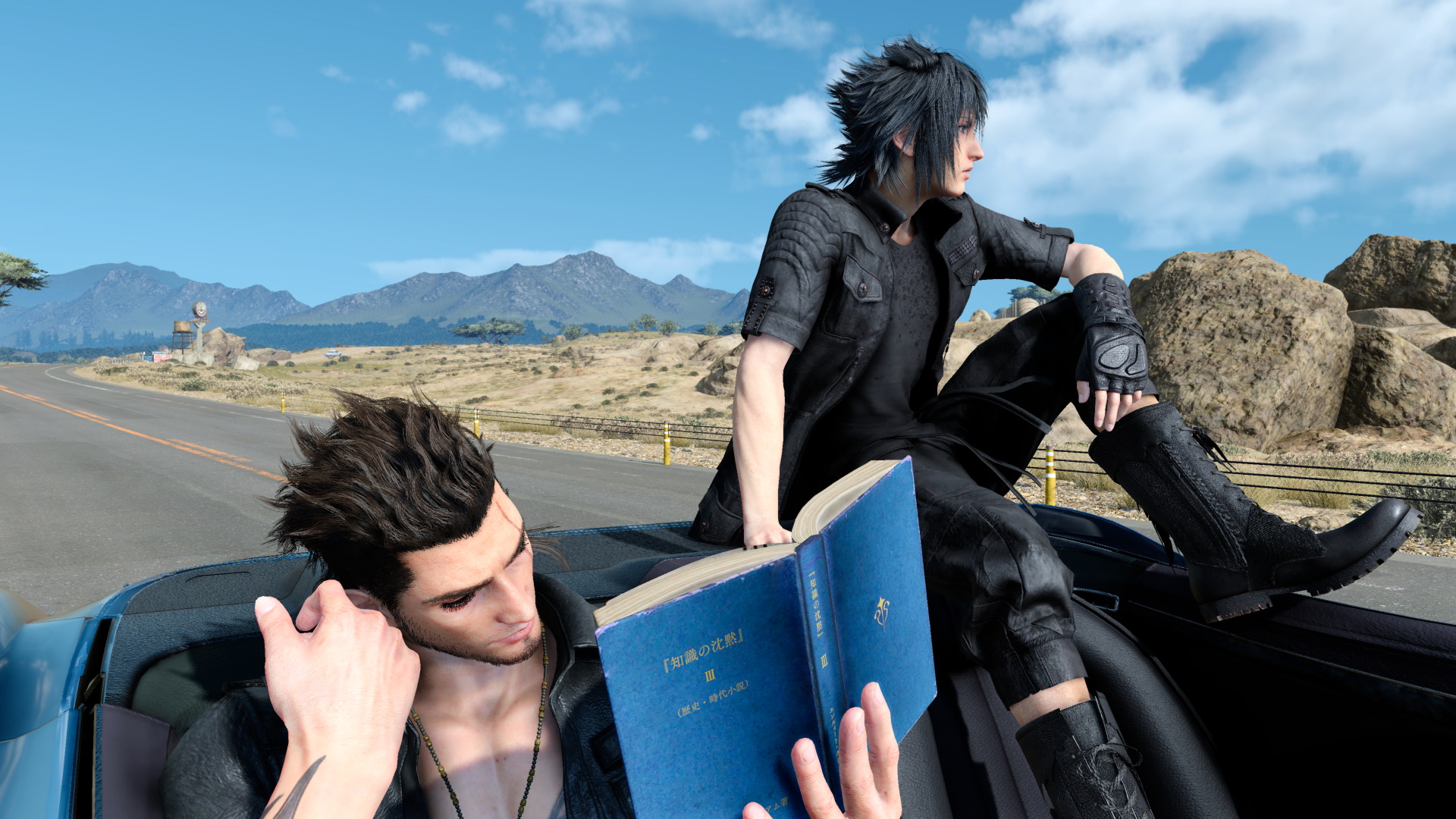 "I vote for FFXV to be dis-car-ded," says list examiner "floralcateyes", thoroughly slashing all four tires on the bantsmobile. "If I remember it right... your convertible would automatically follow the contours of the highways at a reasonable velocity. Which isn’t very road trip-y or lad-y... Even FFVIII let me drive my rental car off the road and into highly contrived plot twists. It even let me drive my whole college campus into petty rivalries, awkward infatuations, and possible asphyxiation in the vacuum of space. Never mind that it’s all possibly a deathbed hallucination. Sounds like a much more ambitious road trip towards which a lad can strive."

Once again, the objectively best Final Fantasy has usurped its rivals. We are powerless to stop it. See you next week, list goblins!